I have never ridden a motorcycle before or even been on the back of one as a passenger. So driving a snowmobile is a big step up from the only other two wheel vehicle (bicycle) that I've been on. 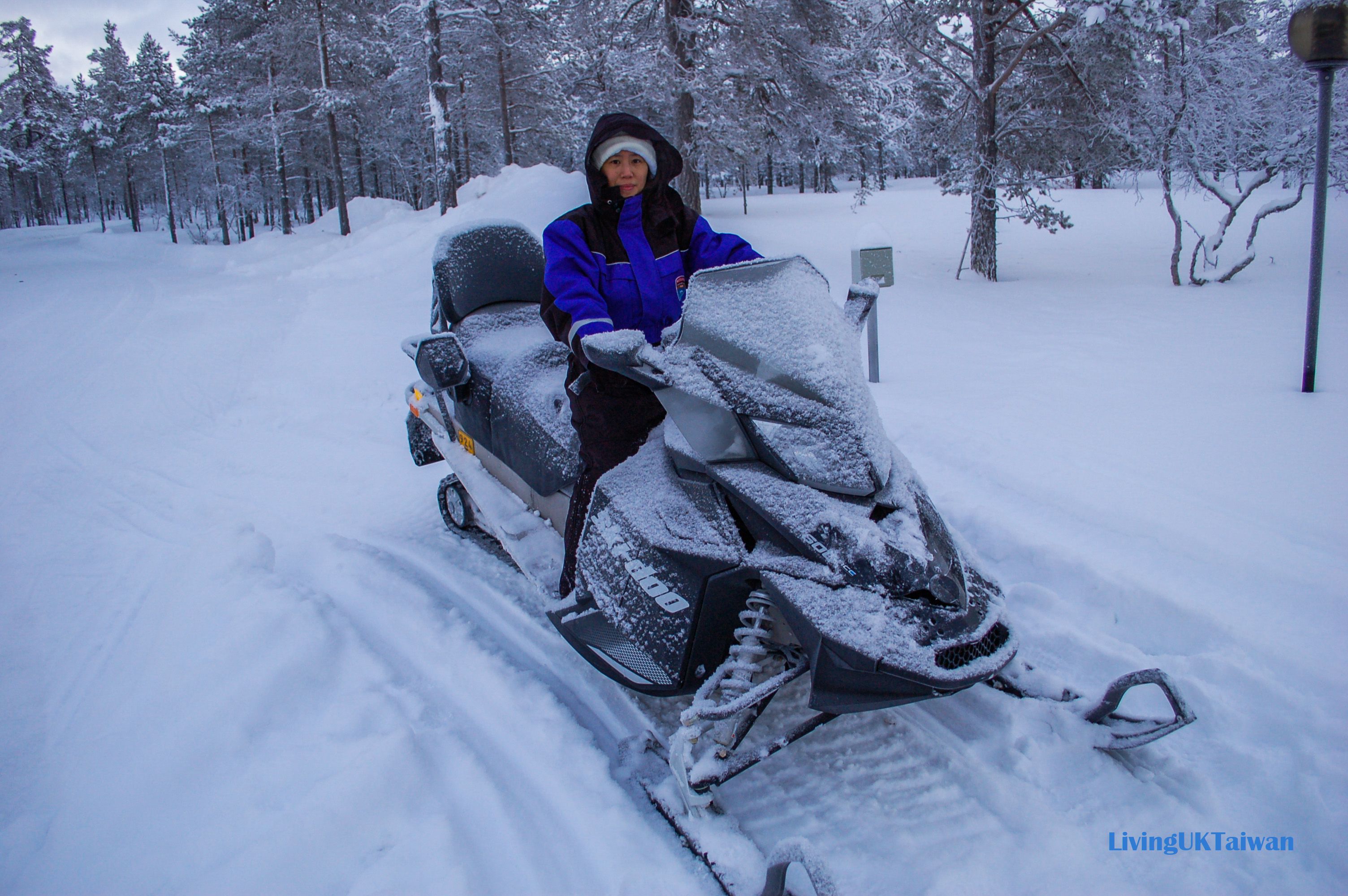 Ok, so that photo was just for show, here's one where I'm really driving it. This was taken when I was in Finland searching for the northern lights. The group of us, 7 or 8 snowmobiles in total zoomed across the country roads in the wilderness on a day out to visit a reindeer farm. Driving a snowmobile is really easy as you don't have to balance it like a bicycle or motorbike, it's fully automatic and all you have to do is to control the accelerator, brakes and manoeuvring. When you start off, or take a sharp turn it can be a bit tricky as it's quite heavy and you mustn't accelerate too much, but once you get going, it's an awesome experience. My husband is not too fussed about driving so was happy to let me take the driving seat for the day and sit comfortably behind me. 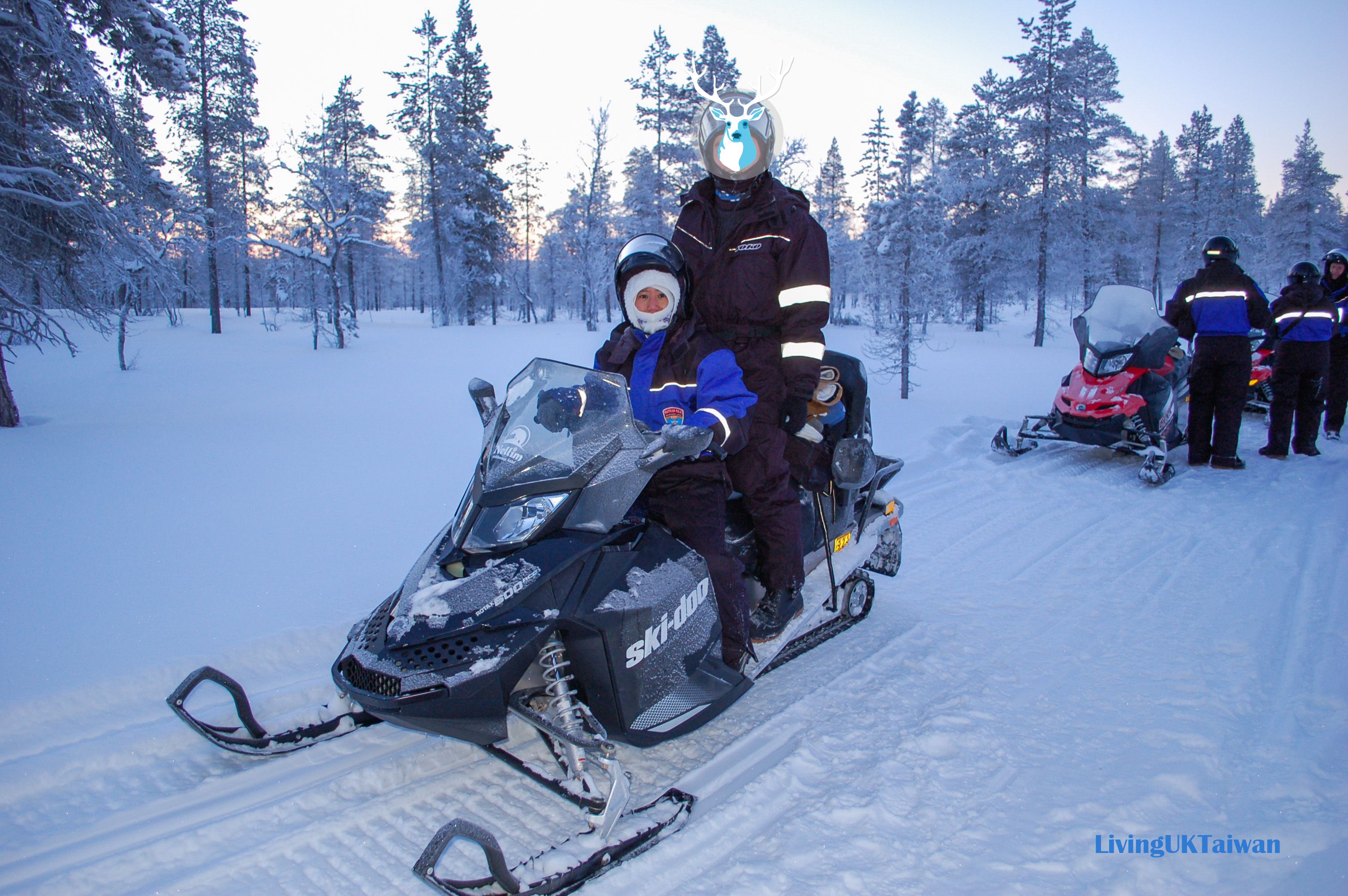 I had no idea where I was going that day as everywhere was snowy white and looked the same so I just followed the snowmobile in front of me. The terrain was mostly flat, and occasionally there would be some mild slopes. It was really fun speeding up those slopes, and a few times I even managed a little jump! 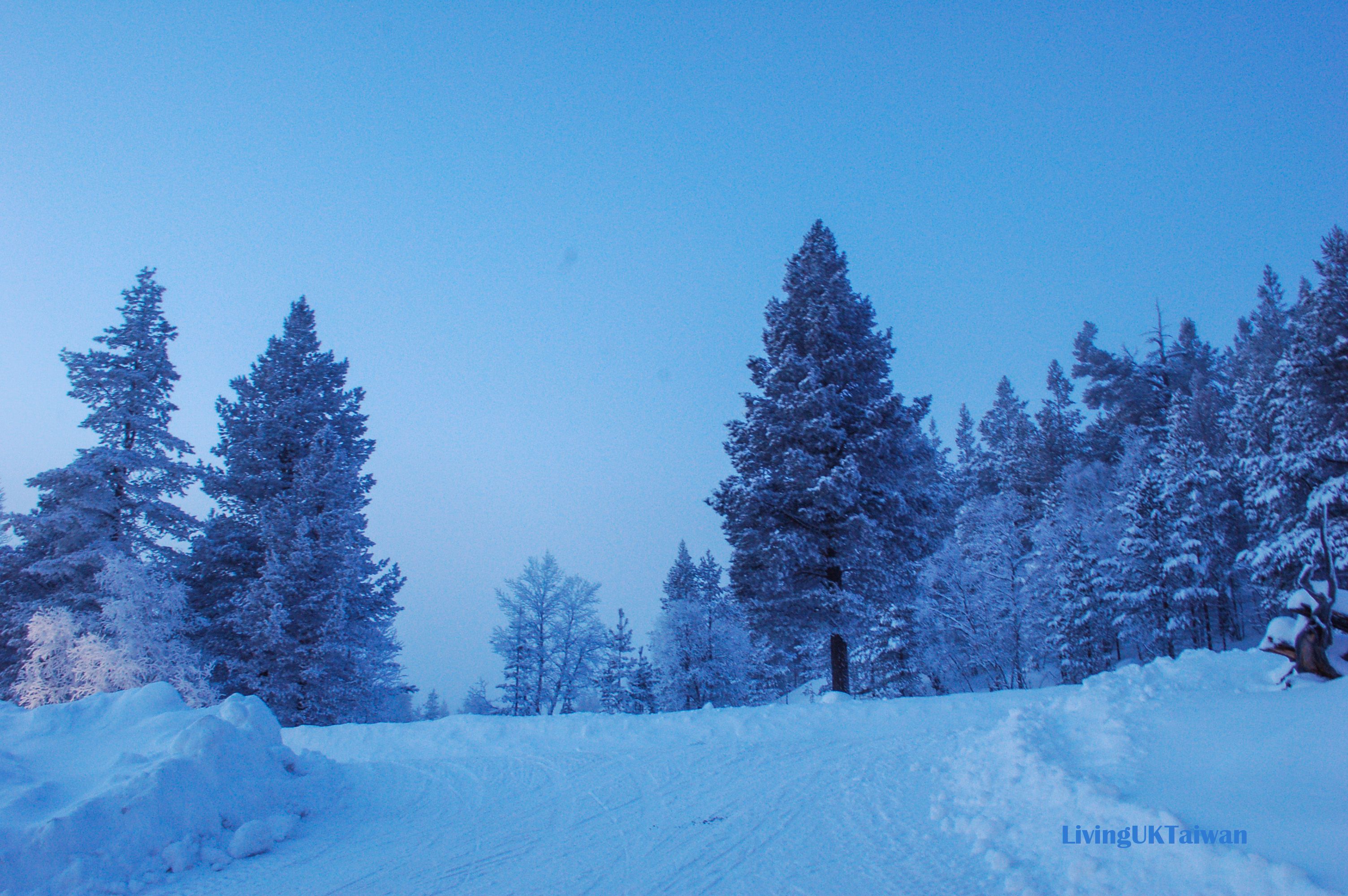 Apart from crossing one main road when we set off, there was no traffic around. We didn't have to look out for pedestrians, wait at traffic lights, or stop at crossroads and look out for other vehicles. That meant I could comfortably admire the amazing landscape whilst I was driving (I wonder if that's what paradise looks like? 🙄) . What I loved most was the blanket of undisturbed snow on both sides, and the changing colour of the sky. From pinkish red, to blue, to silver to white. I have never seen anything so beautiful. 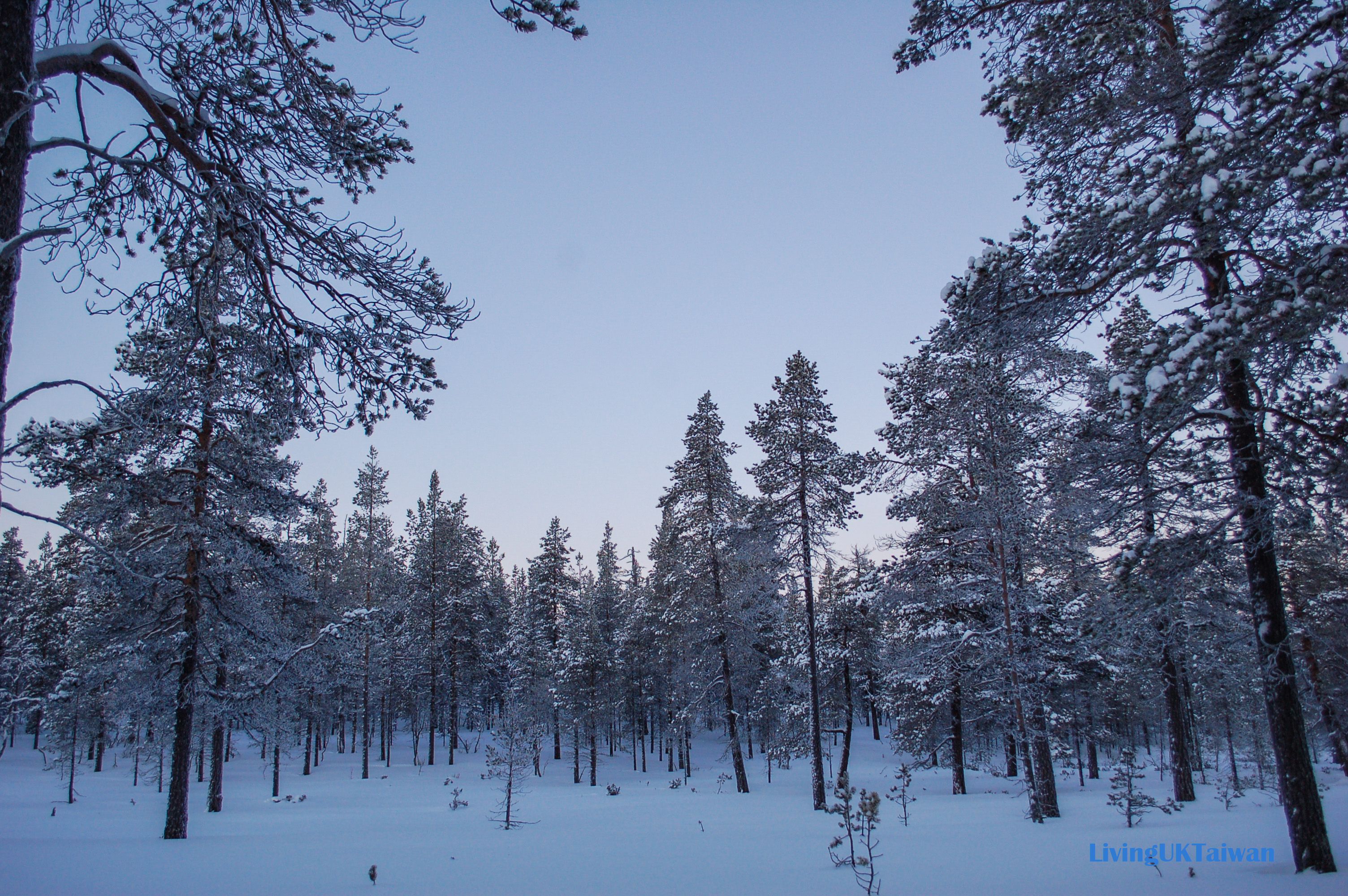 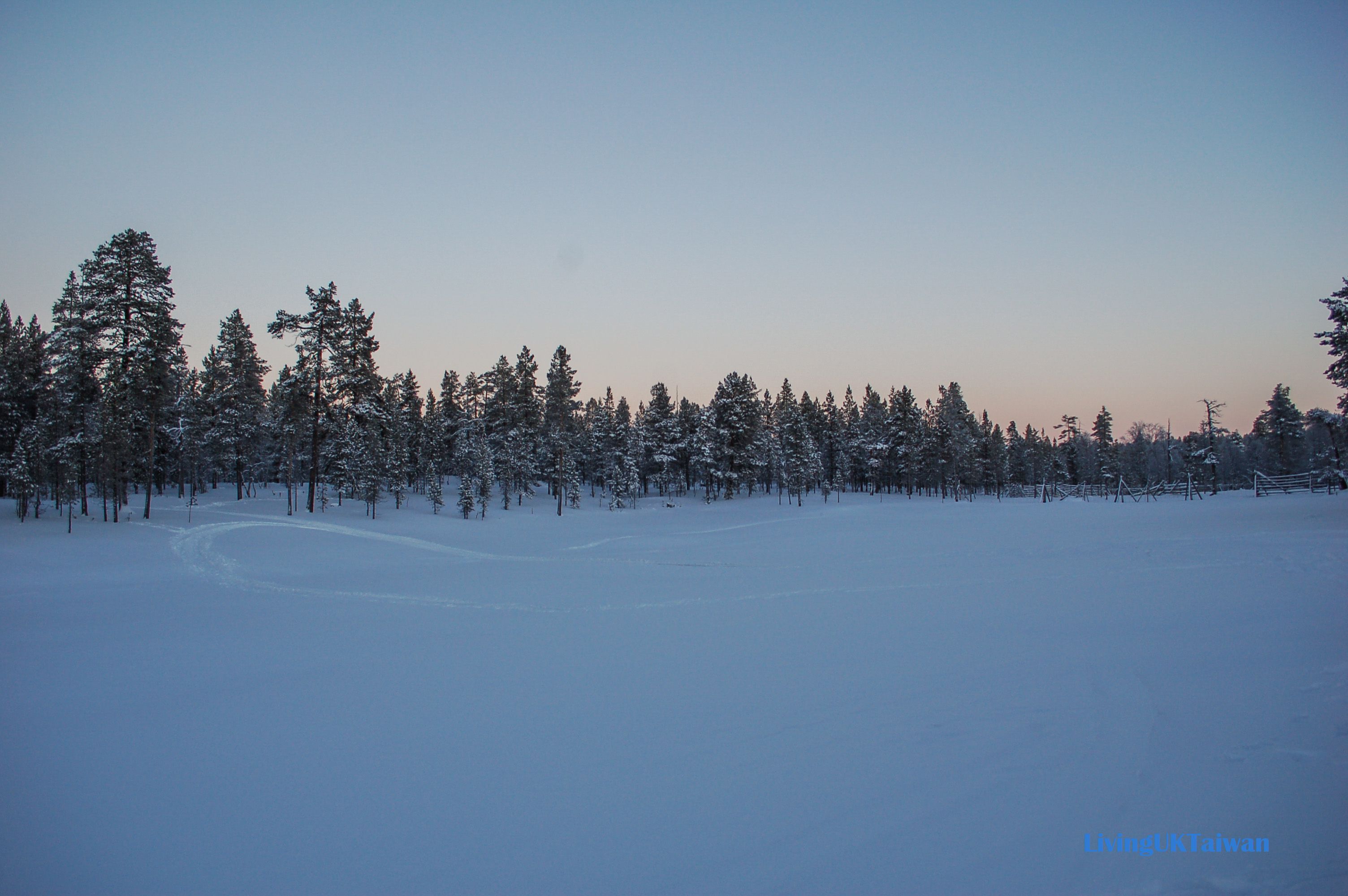 Not long after, we arrived at our destination, the reindeer farm. The open fire was a very welcoming sight and we all immediately huddled around it. We were taught how to lasso a reindeer, using a tree trunk instead of a live reindeer of course, but it still took me a few times before I could do it. The herder then demonstrated with a live reindeer and of course he succeeded on the first attempt. 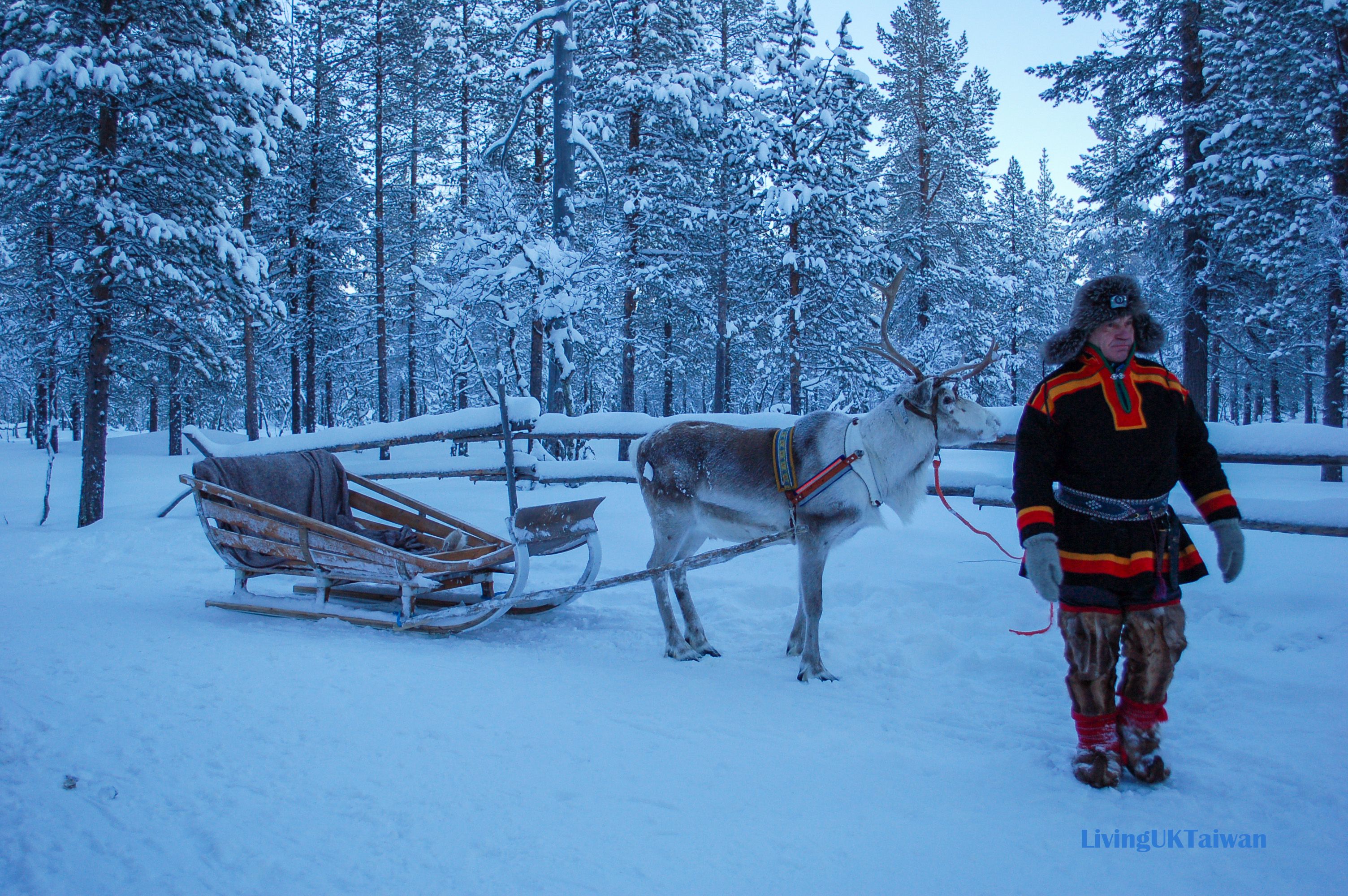 Next, was a ride in a sleigh pulled by the reindeer. The sleigh was quite spacious for the two of us, and we were given a blanket to keep us nice and warm. The circuit wasn't very big and we went round twice . The whole ride lasted around 3 minutes I think. There was only one reindeer pulling us so it couldn't go very fast, and since the sleigh is quite low, it was actually quite a bumpy ride. It was an ok ride🙃 . Also, during the ride we were behind Rudolph and I could get a whiff of.... maybe he had just done a pooh pooh ....😷
下一項節目是坐鹿拉車。 鹿車很寬闊足夠我兩座得很舒適，而且還備有被子保暖。 場內跑道不是很大，我們繞了兩個圈圈，全程大概3，4分鐘就完了。 因為鹿車離地較低，而且只有一隻鹿在拉，跑得不快，所以很顛簸。老實說，不好坐 🙃。 另外我們跟著小鹿後聞到一陣陣 …. 我想可能小鹿剛便便完….. 😷 Eventually, it was time to head back to the hotel. I think I prefer the thrill of speeding on the snowmobile more. 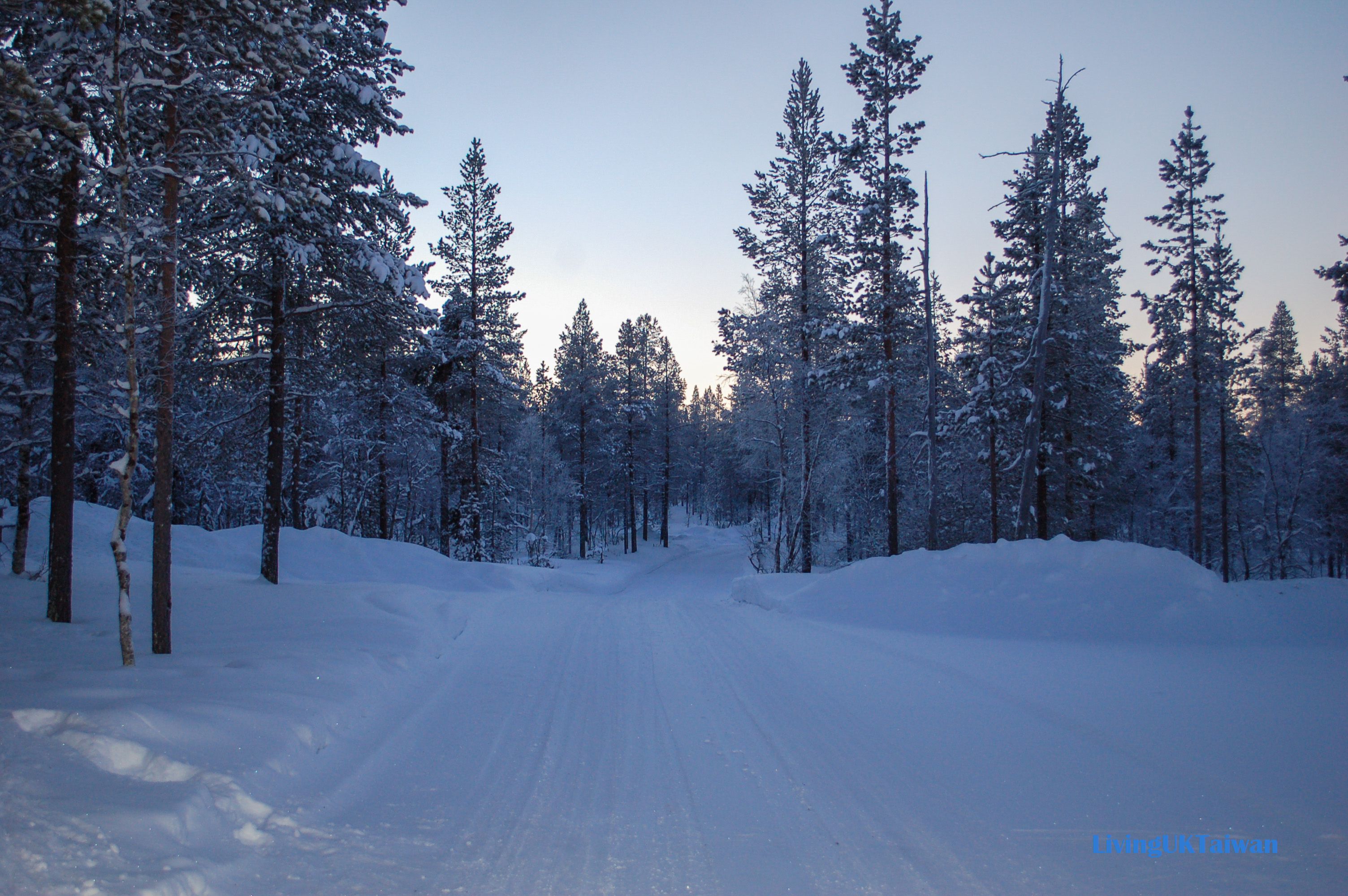 Hi @livinguktaiwan, your post has been upvoted by @bdcommunity courtesy of @hafizullah!

Congratulations @rycharde, you successfuly trended the post shared by @livinguktaiwan!
@livinguktaiwan will receive 6.69465000 TRDO & @rycharde will get 4.46310000 TRDO curation in 3 Days from Post Created Date!