darthgexe (65)in Splinterlands • 3 years ago 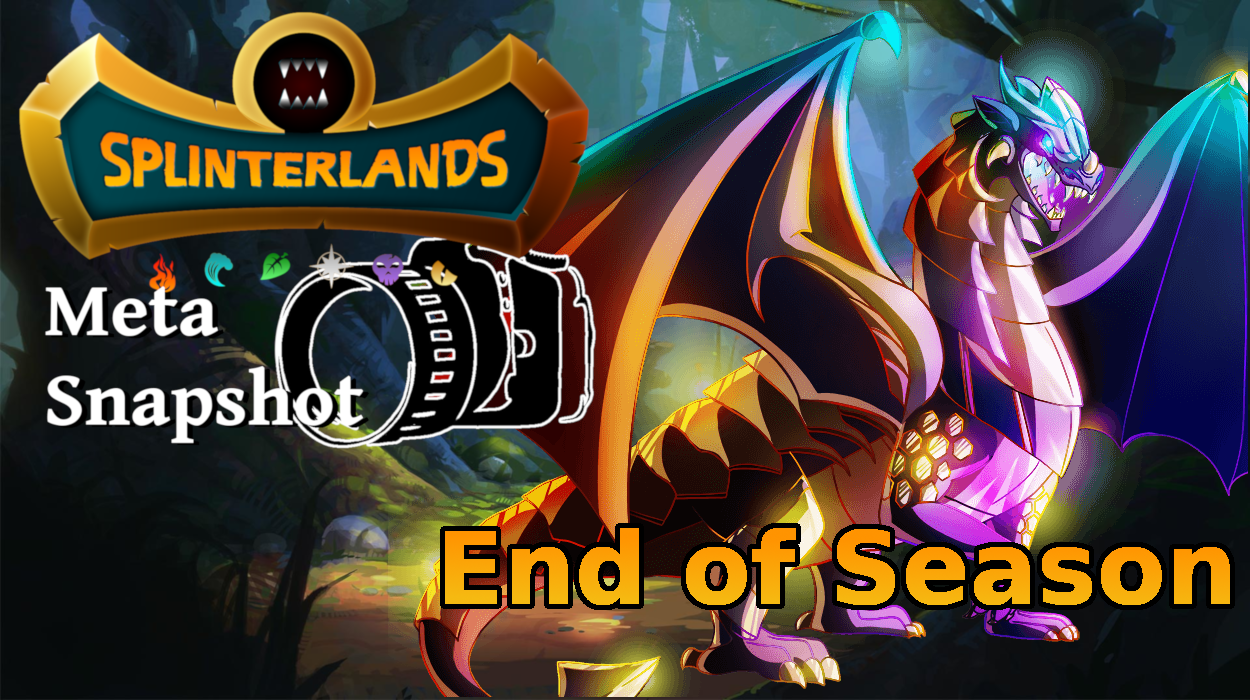 First of all I want to apologize for the delay of this delivery and for the few battles that have been processed this season, I would like to do a better job but the current circumstances prevent me from doing so.

I didn't want to talk about COVID-19 in my blog, but it is a world crisis that surrounds us at this time and my country is not exempt from this situation, it has already declared a national quarantine despite having relatively few confirmed cases, which seems to me the best decision taken by the regime, our health system is practically non-existent, most of the population is poorly fed and basic services are chaotic, so if the virus is allowed to spread it would most likely end up destroying the country. To give a simple example, since yesterday at home we don't even have water to wash our hands. So, it seems to me that for the first time in all these years the regime is making a sensible decision to declare quarantine and try to contain the virus as soon as possible.

As some of you may know, I don't have an Internet connection at home either, so now that I have to be quarantined I don't have access to a stable Internet, fortunately I have managed to get a neighbour to share his WIFI with me, however the signal is very weak and unstable, it is very difficult to connect to the Firebase database, make api queries, download and install modules, etc. I've been these last 2 days trying to download the data to publish this post! I've got it a little easier today, it seems that before the sun warms up the signal arrives a little better, we'll see what can be done, despite everything I thank God for allowing me to be connected.

The situation of Splinterlands

To all this I must add the advance of the accounts with level 1 cards that seem to be more every day, or advance more, I do not know for sure since I have not dedicated myself to investigate. But I can't get battles with levels of cards suitable to be processed for the lower leagues unless they are in the first days of the season, even for the Gold league I didn't get more than a few dozen battles that are not worth publishing as they are a very unreliable sample.

But I am working

I've made some progress on the web application, I still need to solve some problems that, although I've had time, I've been so unfocused because of the situation with the virus, the food supply at home, etc. that it doesn't let me concentrate on making everything work, I'll try to balance everything and be able to focus on working on it. I show you an image of how the HTML I have written so far with my son @rael5 looks like. The data from this last season

I show you only 2 leagues Diamond and Champion, I almost didn't publish anything, I'm a little disappointed with all this, but I guess there must be something interesting to study in the following data:

Please feel free to leave a comment on what you think about all this data, thanks for reading it and see you in the game.


Comment what you understand of our Youtube Video to receive our full votes. We have 30,000 #SteemPower. It's our little way to Thank you, our beloved friend.
Check our Discord Chat
Join our Official Community: https://steemit.com/created/hive-182074
$0.00
1 vote
Reply
[-]
carrieallen (66) 3 years ago

Darth! I'm so sorry you are going through this.
Yes, the entire world is being affected, some much more than others.

Thank you for working so hard to get this out. I understand your frustration with the wifi and everything else. I totally appreciate these though. And! Your screenshot of the HTML you're working on looks great!

Hopefully, all of this will be done sooner rather than later and we'll be able to get back to 'normal'.
Hugs!