Greetings to all friends, here I am again with the fifty-eighth post of my progress in Holybread. Currently I have noticed that they have made some improvements in terms of rewards in the chests which makes it even more attractive to spend time in the game, both for the expectation and for the possible reward for the hero. Hubertus and Xenophile my heroes, has an ability of +5% damage and 14% damage respectively, and if we add other additions found in the chests along with a wand that I got at the beginning of the game, little by little my warriors are armed with things. I didn't manage to take Hubertus to more than level 33, level 7 to Xenophile in this fifty-eighth.

As you know yesterday I finished in the position number 190, with an attack in cons, and performing 3 attacks in which I took the victory in all of them, so I managed to keep me in some way in the ranking. 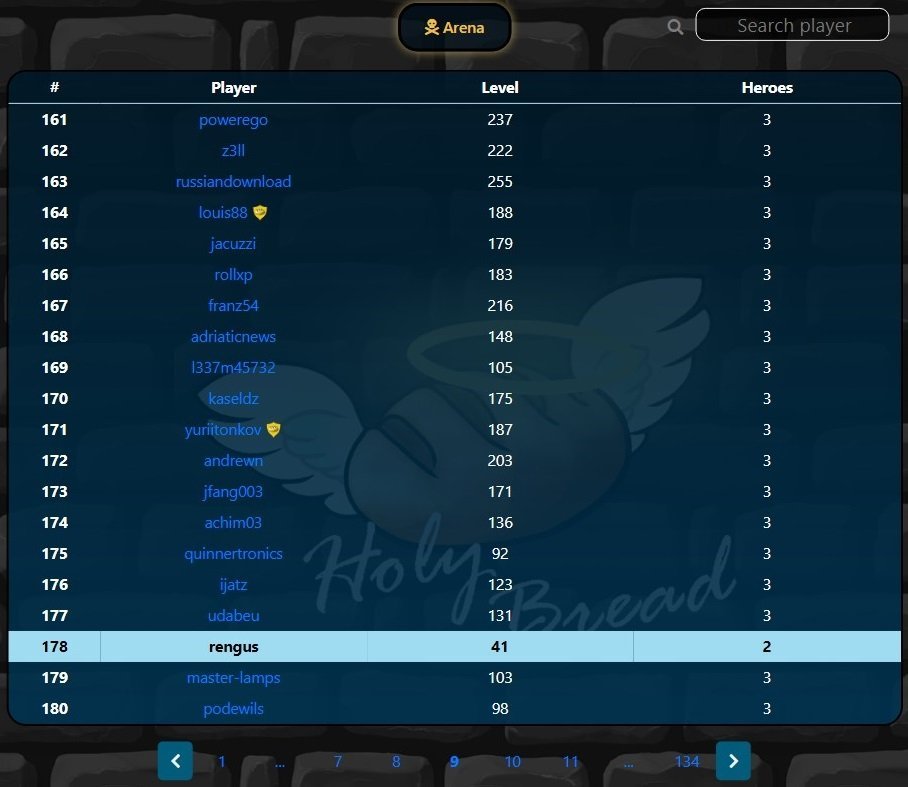 However, in this fifty-eighth day I kept the position, thus remaining in position number 178 of the ranking.