Greetings, over here with a post updating my Holybread account preview. Holybread.io is a very entertaining game with characters and an interesting gameplay dynamic, try it, you will surely love it. Soon there will be new improvements and voting options among other things to add, you can read that information in the developers blog. Apparently they added an event where you can get special pieces with good numbers of skills, and if that wasn't enough they will be adding more and better things for us their players.

I must point out that you will surely notice a jump in the amounts of gold, this is because that day I could not save the complete captures so I decided to skip this day and start the next one.

Starting the day with a value of:

Thus ending the day with a value of:

It should be noted that the increase was not substantial in gold because I am looking for more experience for the hero, because I am saving large amounts for a series of improvements in the areas of the same, even more for the new heroine Valentine. I have noticed that as the ranking goes up the gold awards are increasing, I don't know if this has to do proportionally with the level of experience of the heroes but it is something particular that I have noticed, later on as the days go by and I continue to see this event I will be able to comment on this.

My position in the ranking

Speaking of rankings, I started at 142nd place. 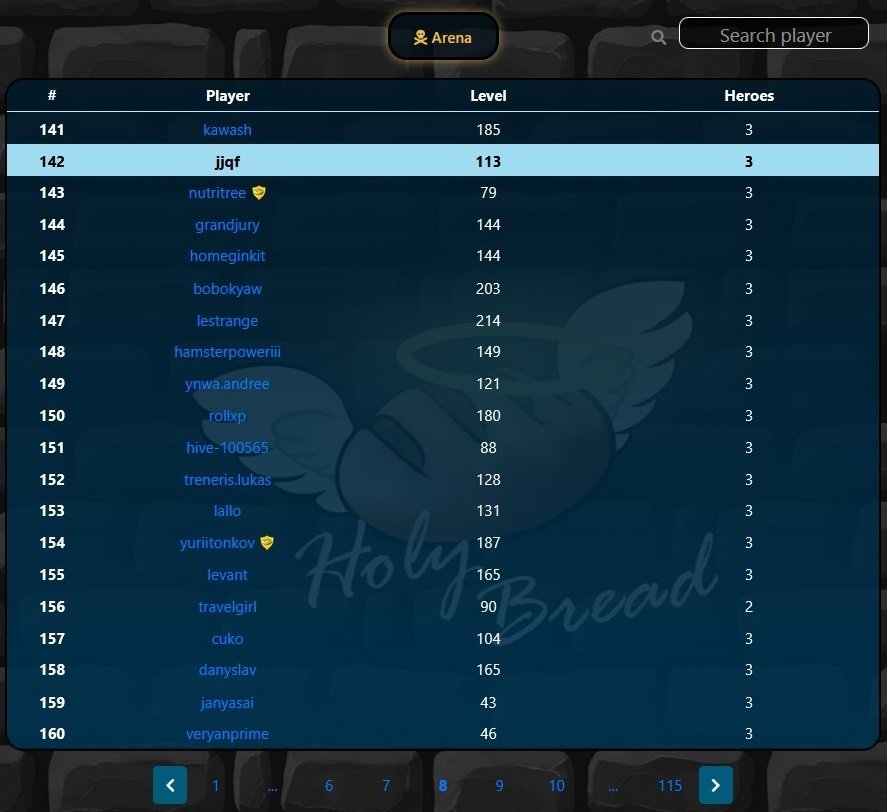 But I slowly climbed to 133rd position. Having been in four battles, it was a total victory for the day. It was very exciting to climb up to this position as I was able to get out of the rut, achieving my goal little by little. So the balance of ascent is 431 positions raised from the post number 1 of the series.

In the battle history we appreciate that there were two attacks of which I lost. I can only comment on today's disputes that there is still a lack of substantial improvements in skills and equipment since the opponents have surprising levels of ability with respect to my heroes, but gradually as I get more powerful objects in my chests I can make them more powerful. With this I hope to progressively surpass the rank in which I found myself so I can soon go up a little more to have a better position in that ranking. Donovan, Rosemarie and Valentine, being in that order the primary, second and third. Donovan and Rosemarie's special skill is to give 5% more life, while Valentine allows 10% more damage to herself. Since in the chests I can have the opportunity to get better items will save me in some way the amount of money needed for improvements, so I could improve even more and raise the level of my heroes exponentially.

Donovan has these figures now:

Rosemarie for her part:

Valentine has these numbers so far:

During the day I managed to raise Donnovan Rosemarie and Valentine's experience level by one level.

It should be noted that little by little Valentine is taking the way to be a great warrior of my team, I propose to make it the second in the team of 3... Soon more from Valentine, Donovan and Rosemarie.

Thank you for reading my post and for supporting them, I hope to see you soon in this series and other posts that are coming ✌

All images of my post except the Holybread.io logo were taken from my personal account at Holybread.io and uploaded to a server for later publication here.