Lost city of the Monkey God

Legend says there is a Lost city in the rain forest of the Mosquitia in the Honduras. City name by the early explorers is La Ciudad Blanca (White city) was renamed after to the City of the Monkey God.

Many explorers throughout the history tried to find the city. In the 1939 adventurer named Theodore Morde claimed to have found the city and brought back to the US thousands of the artifacts.
He claimed that indigenous people told him that there is huge Monkey statue there and that is the reason he named the city "City of the Monkey God"
Theodore never told anyone location of the city because he didn't want anyone to go there and take any of the artifacts he considered belonging to him.
He died before he could return to the city and properly run site excavation.

Remains of what is beveled to be the Lost city were first identified in May 2012, during an aerial survey of a remote valley in La Mosquitia, a vast region of swamps, rivers, and mountains containing some of the last scientifically unexplored places on earth.
After the scanning Archaeologists no longer believe in the existence of a single “lost city,” or Ciudad Blanca, as described in the legends. They believe Mosquitia harbors many such “lost cities,” which taken together represent something far more important—a lost civilization.

Group of the explorers run by the American author and writer Douglas Preston also attempted to find city recently. They found remains of the city in the Jungle which seams to be The White city but they failed to find the Monkey statue.
On the city site they got infested by the flesh eating parasite. Parasite migrates to the mucus membrane of the mouth and the nose and eats them away.
According to the legend city was cursed by the Gods and who ever entered the city got affected by the disease.
Preston stated that experience was 100% worth-ed and that he would trade that experience with anything.
Despite they couldn't find the Monkey statue explorers found number of stone and clay artifacts they dating back to the 1150 AD. Explorers think there is much more hidden in the site. No expedition were planed in the near future because of time members need to recover from the disease. 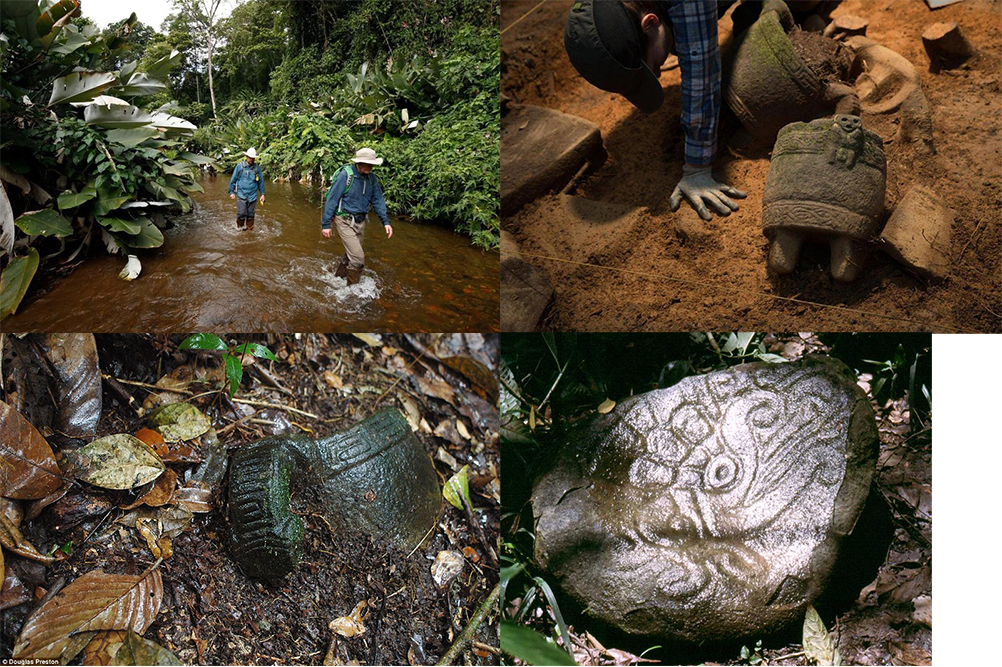 Dating back to Hernan Cortes 491 years of effort to find the lost city timeline taken from the Wikipedia:

1526 – Hernán Cortés writes about Hueitapalan, a province that "will exceed Mexico in riches"
1544 – Bishop Cristóbal de Pedraza describes a city whose inhabitants "eat off plates of gold", according to local informants
1924 – Archaeologist Herbert Spinden of the Peabody Museum of Archaeology and Ethnology at Harvard University explores archaeological sites on the Plátano River
1927 – Ethnographer Eduard Conzemius makes reference to a "white city" in a report on the Pech people of Honduras to the International Congress of Americanists
1933 – Archaeologist William Duncan Strong explores la Mosquitia for The Smithsonian
1934 – Explorer R. Stuart Murray of The Explorers Club undertakes expedition to the Wampu and Patuca Rivers, returning with a collection of artifacts from eastern Honduras.
1940 – Explorer Theodore Morde claims to discover "The Lost City of the Monkey God"
1952 – Expedition by explorer Tibor Sekelj funded by the Honduran Ministry of Culture
1976 – David Zink and archaeologist Edwin M. Shook film an expedition into the rainforests of Mosquiti
1985 – Operation Raleigh
1990 – Geographer Peter Herlihy, indigenous cartography in the Río Plátano Biosphere Reserv
1993 – Explorers Jim Ewing and Ted Maschal (a.k.a. Ted Danger)[
1990s – Archaeologist Christopher Begley performs a regional survey that becomes the basis for his 1999 doctoral dissertation in anthropology at the University of Chicago
1997 – Douglas Preston describes Steve Elkins' plans for an expedition in search for the "lost city" in an article in The New Yorker
1998 – Francis Yakam-Simen, Edmond Nezry, and James Ewing claim to have found la Ciudad Blanca using Synthetic aperture radar (SAR)
2001 – Actor Ewan McGregor, with Begley and survival expert Ray Mears, film a documentary of the region
2004 – A dirt highway is opened which connects the Rio Platano Biosphere Reserve between Sico on the Sico river and the North Coast highway facilitating illegal logging, drug smuggling, and theft of archaeological artifacts through the department of Colon
2008 – Journalist Christopher Stewart and Begley attempt to retrace Morde's journey
2010 – The Honduran government inaugurates the EcoRuta Kao Kamasa (White City Eco-Route) between the town of Santa Maria del Real (formerly Escamilpa), Olancho, through the Pech communities of Dulce Nombre de Culmi, Olancho and to the entrance to the Rio Platano Biosphere Reserve in the municipio of Dulce Nombre de Culmi, Olancho,according to El Heraldo newspaper,the Honduran Tourism Ministry (ITH), and the National Chamber of Tourism (CANATURH).As roads to the area are improved and extended this facilitates the illegal logging, drug smuggling, illegal killing of endangered species in the Biosphere, and theft of archaeological artifacts in the Cuidad Blanca area through Olancho that already exists as shown on the 2011 video "Paradise in Peril" and the 2000 video "Discover the Rio Platano Biosphere in Search of Ciudad Blanca".The difference between trekking through dense jungle in 2000 and cattle ranches in 2011 as far as the eye can see is alarming.
2012 – A multidisciplinary team headed by filmmakers Steven Elkins and Bill Benenson survey the area using LiDAR
2015 – A multidisciplinary team with the participation of archaeologist Christopher Fisher reports archaeological remains in the area, including ruined structures and fragments of zoomorphic stone sculpture.[5] The National Geographic Channel premieres Legend of the Monkey God, a documentary film about the expedition.
2016 – Christopher Begley publishes a history of claims for the discovery of Ciudad Blanca.[123] Christopher Fisher and other authors publish the article, Identifying Ancient Settlement Patterns through LiDAR in the Mosquitia Region of Honduras in PLOS One, a peer-reviewed, open-access scientific journal, on August 25
2017 – Douglas Preston, an American author and journalist, publishes the book Lost City of the Monkey God: A True Story about the history of the search for Ciudad Blanca and the discoveries made by the Elkins expedition 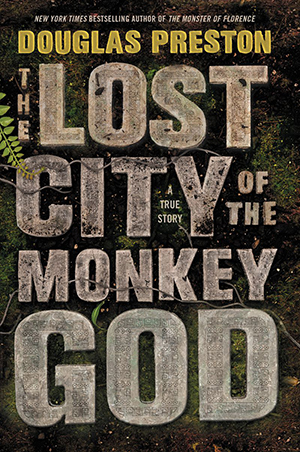 What mysteries are laying under the dense jungle of Honduras and central America.

Entire vanished civilizations with mysterious ways of life and origin.

What do we know about our history and past really ??