What is the history of poker? When did it start? Where? @bethalea here to answer some of these highly important and pressing questions just for YOU, my darling Steemians!

Playing cards have a fascinating history. (did I mention I was a History major?) Given their importance in this day and age (meaning not very important, unless you’re an active card player), it may interest you to know that they have been everything from valuable works of art, symbols of the French Revolution to being featured in famous paintings such as Cezannes Card Players. Playing cards most likely originated in China and spread from there, geographically. In the beginning cards were hand painted and considered very valuable. 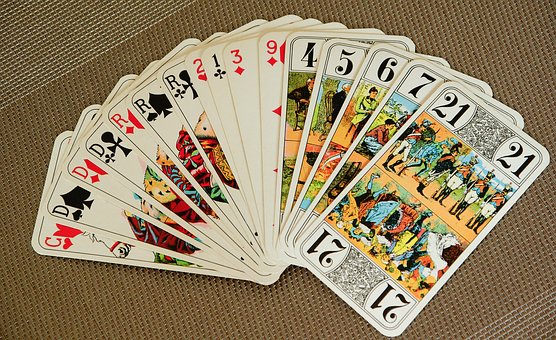 Modern day poker is believed to have begun in the early 19th Century in the United States of America. Believed to have originated in Persia as the game ‘As-Nas’, OR from France as ‘Poque’ OR from the German game Pochen, it is fairly evident that the game of poker or something like it was played all over the world and most likely they all melded together to become the game we know and love today!

Texas Hold’em became ridiculously popular in the 2000’s in America as online poker exploded and the {WSOP](http://www.wsop.com/) took over television programming. No one can pinpoint exactly when Hold’em was invented, the Texas Legislature claims it began in Robstown, Texas in the early 1900’s.
Coined the ‘thinking man’s game due to the number of betting opportunities, Hold’em was introduced to Las Vegas in the 1950’s or 60’s but didn’t catch on until 1970’s when Jack and Benny Binon bought the rights to a convention called the ‘Gambling Fraternity Convention’, turning it inot the World Series of Poker where No Limit Hold’em became the main event. Come play all kinds of Poker with us at Lucksacks.com, the biggest cryptocurrency freeroll in the world!

You must have and KEEP a Reputation on Steemit of 35 or higher
Must be an actual, active member of the Steemit
You must have a valid, appropriate introduction post, with a picture and a date, to show that you are in fact a real live person. If you don’t want to show your face, fine, be creative, just make sure we know you’re an actual person in the here and now
Register at lucksacks.com and MAKE SURE your email address AND your Steemit name are correct
Please remember your password!


Come to our discord channel and let us know you’re ready to play!

Catch you on the felt! Where does one find the card room from the first picture?

You're so nice for commenting on this post. For that, I gave you a vote!

Thanks for the history of poker

A little known fact is, in the old western days, gangsters would tax the aces of spades in the local bars. Those who didnt pay were said to be "not playing with a full deck".

I'm going to check to see if I register. Thanks for the info.

Thanks for the lesson. I honestly had no idea where it came from.

Wooow, interesting piece of information. There's a lot I didn't know about poker.Thanks and keep it up. I just followed u and would appreciate a follow back at https://steemit.com/@osmansnr. Let's link up

Yet another great post! I've also a couple of articles in my Steemit Blog regarding interesting poker stories - in particular, the "Dead Man's Hand", and a famous poker hand of one of the greatest players of all time, Stu Ungar!