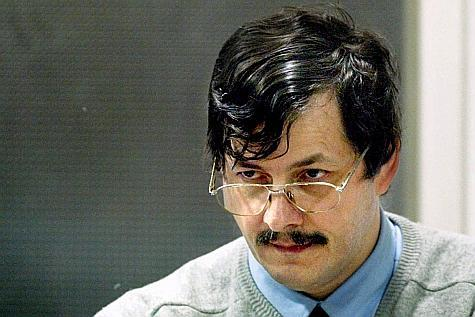 Belgium 2004 - Marc Dutroux was finally sentenced to life for kidnapping, molesting and murdering young girls. Dutroux had already been arrested for kidnapping and raping five other young girls earlier in 1986, but was released on parole in 1992. By 1996 Dutroux had abducted eight more girls and had killed six of them. To the outrage of the Belgian people police had "missed" numerous, obvious opportunities to stop him while the girls were still alive.

To this day the government of Belgium maintains that Dutroux was not part of any network.

This is the truly terrible story of what became known as the "Dutroux Affair", an unfortunately all-too-real tragedy which still shakes Belgium to this day. In fact, over a third of Belgians named "Dutroux" have changed their name in the years after his third arrest.(1)

The information compiled here is written with sensitivity to the atrocities committed and the victims both living and dead. It will also provide some historical context for the factual existence of a pedophile ring among Belgium's political elite. Some particularly graphic details will be omitted out of respect to said victims and less emotionally-prepared readers.

While the Dutroux Affair is one of the most, if not the most, famous case in Belgian criminal history, many non-Belgians may not be familiar with this material due to media efforts to suppress the story after the fact. Also a great deal of the source material and firsthand articles relating to the cases were written in French. Nevertheless, here it is translated in all its blockchain glory!

In memoriam in perpetuum

More on the Dutroux Affair, including timelines and additional articles, can be found on the Pizzagate Wiki.

Before Dutroux - The Pinon Affair Originally Pinon had recorded the story in order to use it against his wife for custody in an on-going divorce. Eight days later, however, Pinon said his home was burglarized. Pinon would also receive a call from an Nivelles police investigator who believed there may have been a connection between Pinon's burglary and the murder of a woman in Waterloo at around the same time.(3)

Finally Pinon would hand his copies of these recordings over to the federal police of Belgium. At this time Pinon was also told that police were in possession of a tape sold for $50 million which included a politician and abuse of minors.(5) The whereabouts of Pinon's tapes and the tapes held by Belgian police are unknown to this day. 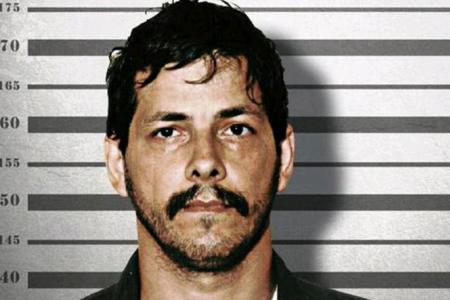 In 1983 Marc Dutroux, a failing electrician, began an affair with Michelle Martin. The two's twisted relationship began showing its true form in 1986 when both were arrested for kidnapping and raping five young girls. Dutroux would be sentenced to thirteen-and-a-half years in prison while Martin would receive five years.

For good behavior in prison Dutroux would be released on parole in April 1992, having served only three years, by Justice Minister Melchior Wathelet. Upon his release the parole board received a letter from Dutroux's own mother to the prison director, in which she stressed concern that he was keeping young girls captive in his house – which was essentially ignored.(6)

Following his release from prison, Dutroux convinced a psychiatrist that he was psychiatrically disabled, resulting in a government pension. He also received prescriptions of sleeping pills and sedatives, which he would later use on his victims.(7)

On September 4, 1995, Dutroux's mother, who advised against the earlier release of her son, anonymously informed the police that the neighbors of Dutroux were very suspicious about his activities. Windows were blacked out, Dutroux was always making noise in the basement, the garden was filled with used car tires and two girls "of 16 or 18 years old" had recently been seen in Dutroux's garden.(8)

At this time Dutroux would also be arrested for his involvement in the stolen car market during which he was detained for 3 months. Under the leadership of René Michaux, Dutroux's houses were searched on December 13, 1995 and again on December 19, 1995. One or more children were heard crying by Michaux and the locksmith accompanying him. They went looking in the basement, which clearly had a whole recently modified section, but couldn't find anything, leading Michaux to conclude that the voices must have come from outside. (9) By the time Dutroux was released from jail in March of 1996 his captives, Julie and Melissa, had died. Soon after in May Dutroux would also kidnap Sabine Dardenne. Later that August Dutroux would then kidnap Laetitia Delhez as well.(10)

After the report that Laetitia was kidnapped, a number of witnesses came forward. Two of them had seen an old white van driving around the area on the day Laetitia disappeared. One was able to give police a large portion of the license plate which was then traced back to Marc Dutroux.(11)

Connerotte, the examining magistrate put on the Dutroux case by Michel Bourlet, immediately ordered the gendarmerie to arrest of Dutroux, Michel Lelievre and Michelle Martin, and to search all their houses (owned by Dutroux). The suspects were arrested on August 13, but somehow the gendarme officers, headed by Rene Michaux of Operation Othello, were unable to find the girls. Three days later, in part after revelations from Lelievre, Dutroux pointed the detectives to one of his houses, in which Sabine and Laetitia were kept.(12)

Interestingly, even though an earlier research team in December 1995 decided to ignore the supposedly very faint cries they heard (and somehow concluded they must have come from outside), Laetitia, after her release, claimed that from her dungeon in the basement she was able to hear the voices of the investigators upstairs when they searched the house on the day of Dutroux's arrest.(13) Why these Gendarmes were not interested in turning the basement upside down, even more so after children were heard, remains a mystery.

About 300 to 400 videos were found in the apartments of Dutroux (reports on the amount of videos found actually differ). Dutroux could be seen raping children on these videos who clearly weren't Laetitia, Sabine, Julie, Melissa, An, or Eefje. Who they were remains unknown.(14)

Finally on August 17 after hints from Dutroux the bodies of Julie, Melissa and Bernard Weinstein were found in the gardens of one of Dutroux's houses. Later Dutroux also told the police where to find the bodies of An Marchal and Eefje Lambrecks.(15)

The trial of Marc Dutroux 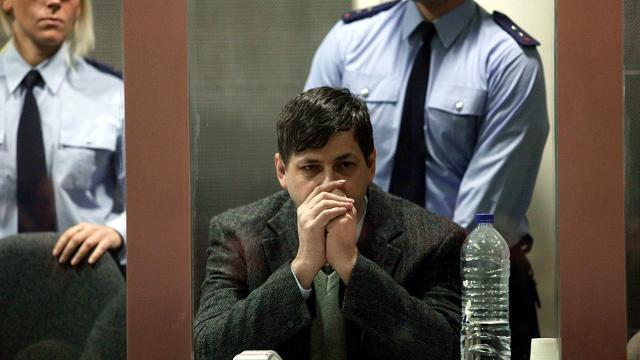 Dutroux's trial began on March 1, 2004 -- seven years after his initial arrest. Up to 450 people were called upon to testify. The trial took place in Arlon, the capital of the Belgian province of Luxembourg, where the investigations had started. Dutroux was tried for the murder of An Marchal, Eefje Lambrecks and Bernard Weinstein, a suspected accomplice. While admitting the abductions, he denied all three killings, although he had earlier confessed to killing Weinstein.(16) Dutroux was also charged with a host of other crimes: auto theft, abduction, attempted murder and attempted abduction, molestation, and three unrelated rapes of women from Slovakia.(17)

Martin was tried as an accomplice, as were Lelièvre and Michel Nihoul. To protect the accused, they were made to sit in a glass cage during the trial. In the first week of the trial, photos of Dutroux's face were not allowed to be printed in Belgian newspapers for privacy reasons; this ban remained in force until March 9.(18)

Throughout the trial, Dutroux insisted that he was part of a European pedophile network with accomplices among police officers, businessmen, doctors, and even high-level Belgian politicians.(19)

In a rare move, the jury at the Assize trial publicly protested the presiding judge Stéphane Goux's handling of the debates and the victims' testimonies.(20) Then on June 14, 2004, after three months of trial, the jury went into seclusion to reach their verdicts on Dutroux and the three other accused. Dutroux, Martin and Lelièvre were found guilty on all charges; the jury were unable to reach a verdict on Michel Nihoul's role.(21)

This is only the beginning of my in-depth coverage and breakdown of the Dutroux Affair, but I hope this gives the reader a more complete historical context for the case than they may have had previously. While the debate continues over whether or not Dutroux was involved in an actual elite pedophile ring, we can now begin looking into the stories of each individual victim and Dutroux accomplice with a more open-minded and well-informed point of view.

At the very least we can do our part to honor the victims by continuing to ask questions and seeking truth for the answers.

This is a deep and dark rabbithole but I'm glad you've taken the plunge.

There are definite connections to be made between the elite rings operating in royal and high societies of European nations particularly Belgian, British and Dutch.
Dutroux affair, King Albert II, The Black Baron, Savile, Prince Andrew, former PM Heath...
a long line of disturbing criminal behavior.

Hopefully, exploring these historical events, just like boys town / the finders / WH call boys /etc will help drag these rings out into the light of day.

Great work as always my friend, Steem on!

Thanks as always! History is the greatest mystery.

Thanks! Definitely been my most wanted milestone for a while now, so I had to report on it. Good times and endless thanks for inspiration, support and feedback!

I remember this distinctly. 300,000 + people came out into the streets in front of the court demanding the JUDGES be arrested. This was the 1st real expose to the world of the ELITE CHILDREN MURDERING SEX TORTURE RING.

I'd love to see a write-up on the public reaction and reaction aftermath.

Being from the US, I had never heard of this until now.

OMG I couldn't even read all the way down. I feel sick now 😭 Continue seeking for the truth and cover up as much as possible every single day. Thanks for your never ending researches and great articles

Thank you Rebelscum for thr great summary and all your efforts!

I revisited the Dutroux case a couple of months ago and was astonished about all the information and indication out there, clearly pointing towards a horrendous ring of pedophiles and child abductors, seeming to be powerful enough, to silence any witness and outmaneuver, if not completely control, any government investigator. Talking about these criminal elite circles is one major part of making people aware of immoral and downright abysmal corruption we face with centralized power. There is a close relation to centralized power and stunningly high criminal activity of these types.

I remember the footage of thousands of Belgian citizens protesting in front of a government building, simply fed up with the "incompetence" or a rather willful blockade of investigations by the state. Let's hope people get sick of it all, rather sooner than later so that these foul personalities won't even be able to hide behind their government granted status and immunity, so that society can get rid of their vile system of violence and activities of death.

Thank you very much for this important article. Am I allowed to resteem this?

Thank you kindly for the support and re-steem away!