Curious episodes in ancient rivalries in Italy - and... Assassin's Creed ;) (with original drawings) In the 13th century, Italic city-states were divided, even internally, following the conflict between Papacy (Guelph) and Emperor (Ghibellini) for domination in Italy. The protagonists of the contest were Boniface VIII and  Frederick I Barbarossa. In Tuscany, the Guelph faction further divided, according with business rivalries, between Whites and Blacks - the first moderate, the second strongly deployed with the Pope.

Why am I talking about this? To tell and illustrate the most absurd episodes that exacerbated this rivalry. :)

The names "Whites" and "Blacks" were born in a wealthy family of Pistoia, the Cancellieri, whose  patriarch had remarried and had heirs from the second marriage too. Being the sons of the second wife very younger than their brothers born from the first Cancellieri's wife, they still had black hair, while the others - we guess - were already whitened. From which the distinction between Chancellors "Whites" and "Blacks". 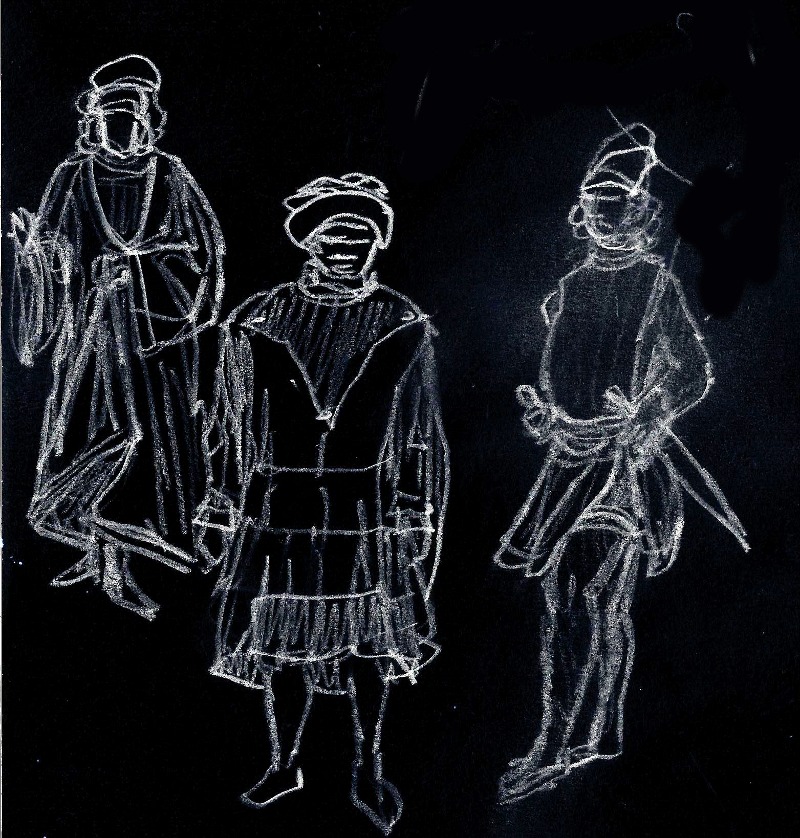 One of the crucial episodes of the rivalry was a limb between Carlino of Messer Gualfredi, Whites Party, and Dore of messer Guiglielmo, Blacks. Dore, after the quarrel, waited for the rival in the street nocturnal. Failing to meet him, and frowning in his brother Vanni, he attacked the latter with the sword, rubbing his face and squeezing a hand ("except the thumb"). When Dore's father knew what had happened, he sent the boy to ask forgiveness for the offended relatives (and Dore did not have to be content with that). But the people of Messer Gualfredi, seeing his grandson coming to apologize, took him and applied the "eye for an eye" rule, squeezing his hand, rubbing his face, and whacking him in addition. From that point on, the fight - so tell us the chronicles - was declared enmity , so that "the city and the outskirts of each castle were some for the Whites, some for the Blacks, and both of them challenged to death." (Villani)

Now, being the leader of the Whites in Pistoia, Simone da Pantano, friend of Corso Donati, and being the boss of the Blacks, Schiatta Amati, related to the Cerchi of Florence,  it happened that these two powerful families of Florentine bankers - rivals - became concerned patrons of the quarrel (Florence had great influence, at that time, on the government of Pistoia). 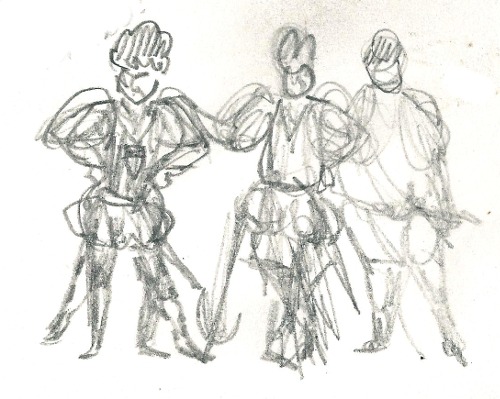 And so it happened that, with the aggravation of the rivalry between the Cerchi and the Donati in Florence, their factions took the name of those from Pistoia they supported, the White and the Blacks, precisely.

Obviously, this taking side in opposing parties  happening in all the Italian cities was not due to a choiche between Pope Bonifacio's position and Frederick Barbarossa's one, but merely of economic interests more linked to one or to the other. This is for biggest families and main cities, it is understood. In the remaining castles and municipalities, membership to one party or the other was only a matter of alliances and friendships, or which party held the most powerful ally and friend. So much so, in this approach and confrontation, the changes in the jacket were countless. ;)

The armed enmity between Florentine families, which was then a war between Whites and Blacks for the reasons just mentioned, started in Florence by the rivalry between the Cerchi and the Donati. Rivalry of business, first of all; But that turned into war between factions through some comic episodes.

First, there was an exchange of slanders about who owned the highest tower (the two families lived in contiguous palaces). 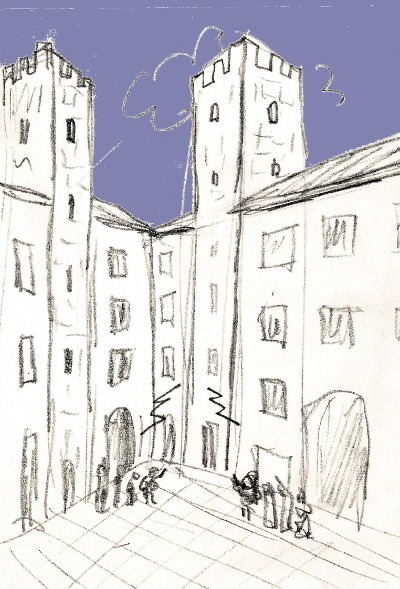 Then there was an inheritance denied to the second wife of Corso Donati, relative of the Cerchi, that the magistrate did not know how to settle down.

Then there was the episode of a ticket for a brawl among the boys of the two families whom no one wanted to pay: the young men of the Cerchi were held in the Palace of the Podestà and there they were given to eat poisoned pancakes. It is unknown who did it (6 died) ). Then, during the funeral of a common acquaintance, the two groups of the Cerchi and the Donati sitting on the grass facing each other, happened that one stood up suddenly, to adjust the clothes or scratch his ass , And those of the rival group stood up, putting their hands on the sword, and the others did the same, so the quarrel broke out the, stopped by the partecipants at the rite. 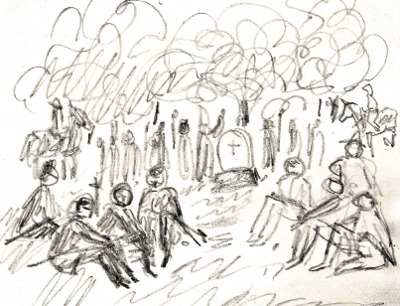 How has Assassin's Creed anything to do in all that? Who played Assassin's Creed II, saw the reconstruction of Florence in the 15th century. In the first part, the street raids between the youngsters of two rival families of bankers - Ezio Auditore, the protagonist of the game, and Vieri de 'Pazzi - recall many descriptions of the incidents of the Whites-Blacks conflict (however, 2 centuries before). Furthermore, in that conflict there is a Vieri protagonist: Vieri de' Cerchi, leader of the Whites for a period. The references are probably random, and nspired rather by Florentine history of the fifteenth century, at the time of Lorenzo de 'Medici. I love this! @paolobeneforti - I've recently been thinking about making comics about different parts of history - mainly American or Roman history. I love both.

excellent post buddy :) hope u will check my posts too :) upvoted :)