The disastrous adventure of Glen and Bessie Hyde.

Yesterday, I was listening to a podcast episode from the Stuff you should know series. Through this podcast, I've learned about an interesting adventure story that took place in the 1920's on the Colorado River.

Amongst experienced river runners, this is probably a well-known story. However, I have the idea not many people today know about it. That's why I thought it would be nice to share a distilled short version with you today.

Glen Rollin Hyde was a farmer from Twin Falls, Idaho born in 1898. Bessie Louise Hyde (original name Bessie Louise Hayley), born in 1905, was enrolled at the California School of Fine Art in San Francisco where she wrote a volume of poems under the title Wandering Leaves which never got published. 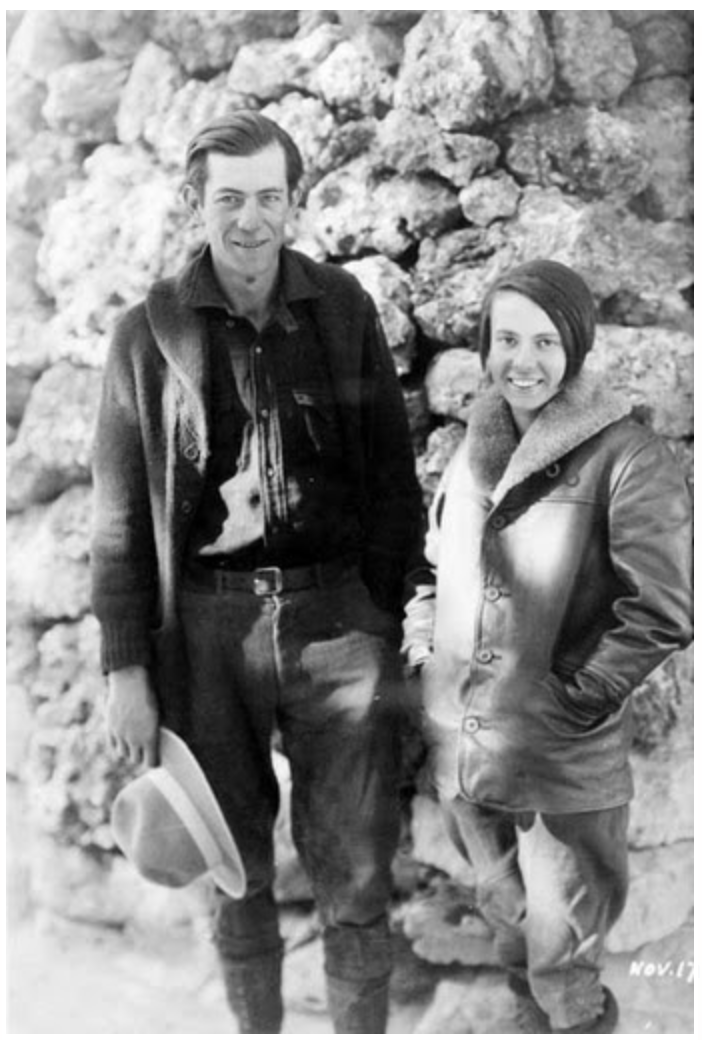 Glen and Bessie Hyde. This was the last known picture of the couple, taken only days before the tragedy (Source: Grand Canyon History).

In 1927, Glen and Bessie met each other on a boat trip to Los Angeles where they directly hit it off. The couple got married on April 12th, 1928. An interesting fact is that Bessie was actually already married. She finalized the divorce from this first marriage only one day before getting married to Glen Hyde.

The start of an adventure

Shortly after the couple got married they moved to Green River, Utah from which they would eventually start a challenging adventure.

As a somewhat experienced river runner, Glen Hyde had the intention to run the Colorado River all the way down through the Grand Canyon. It was intended as their honeymoon. Such a run is, even nowadays with the modern technology, quite dangerous. At the time of Glen and Bessie, there were only a few dozen men who had completed such an expedition successfully. Until then, there were no women that had ever attempted something like this!

While in Green River, Glen had built a sweep scow from scratch. The scow was named Rain-in-the-Face and was eventually used for their trip. A sweep scow is a box-shaped boat with oars at the bow and stern that can be used to for maneuvering. To some river runners, a sweep scow was known as a floating coffin. It was an open boat without any deck or deckhouse. You can imagine how tricky it is to run down the wild rapids on the Colorado River using such a boat!

After making it through Labyrinth, Stillwater and Cataract Canyons without mayor setbacks they made it to Bright Angel Creek. At this point, they were almost 30 days into their trip! Imagine living for so many days in an open boat without any protection to whitewater or the weather itself!

At Bright Angel Creek they met with a guy called Adolf Sutro, who showed major interest in their trip. Because of his interest in Hyde's expedition, Sutro proposed to ride along for a day to eventually disembark 8 miles downstream at the Hermit Trail. Upon their departure at Hermit Trail, Glen and Bessie Hyde were never seen again.

After the departure with Sutro, the Hyde's planned to arrive down the river at Needles California on December 9th. When no word from Glen or Bessie came through, Glen's father Rollin Hyde got on a train to Las Vegas. Quite quickly Rollin was expecting something bad could have happened.

Rollin started looking for the missing couple and even got military planes involved in the search for his son and daughter in law and their boat. It was these planes that eventually spotted the Rain-in-the-Face around river mile 237.

Rollin immediately went to Peach Springs Arizona to launch a rescue expedition. They ran down the river from mile 225 until they stumbled upon the abandoned scow. It was fully afloat in a calm pool just above mile 237. The scow still contained all of Glen and Bessie's belongings. Glen and Bessie themselves, however, were never seen again. 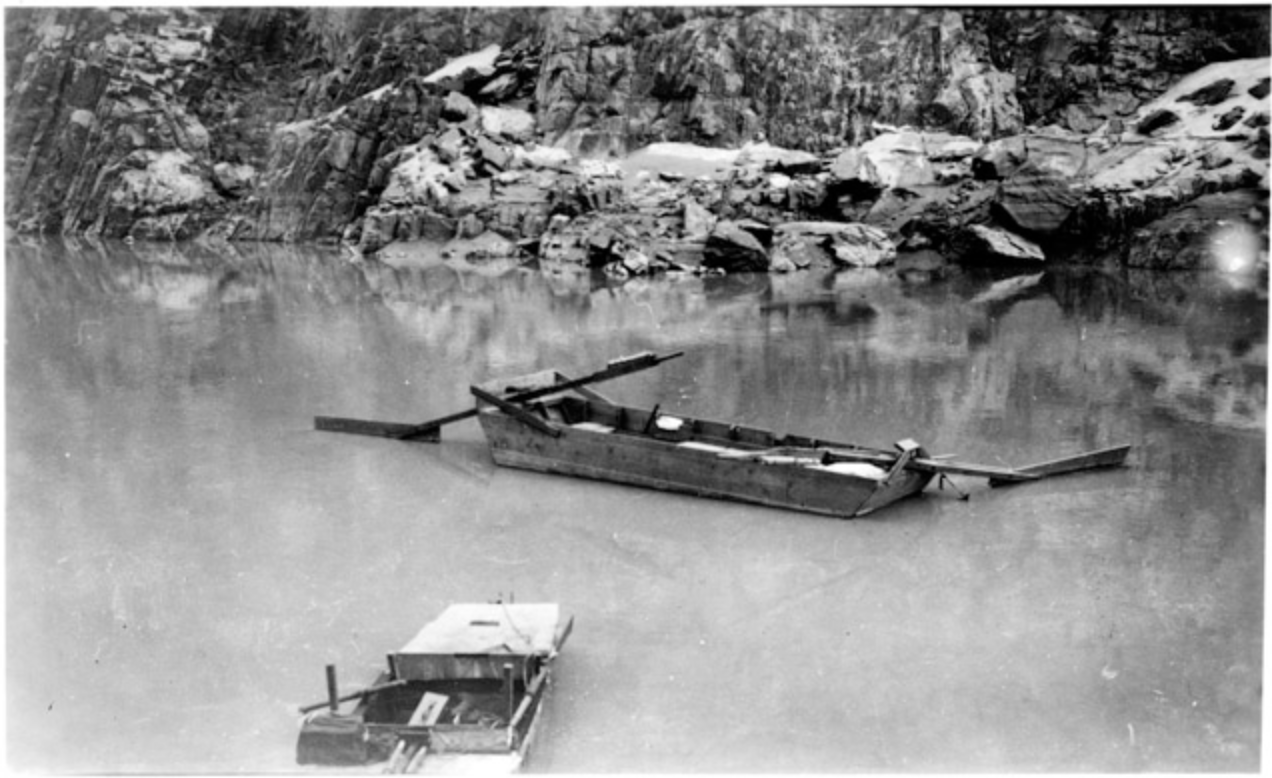 The abandoned scow "Rain-in-the-Face" as it was found by the rescue party (Source: Grand Canyon History).

After the whole tragedy had taken place, there was a lack of evidence leading to consensus on the turn of events. It is exactly this reason that there are many theories on what had happened on the Colorado river in the winter of 1928. For example, in 1971 an older woman claimed, during a commercial Grand Canyon rafting trip, that she was Bessie Hyde. She announced that she had stabbed Glen Hyde to death and escaped the canyon. However, there was never any conclusive evidence that her claim was truthful.

Until today the mystery around Glen and Bessie Hyde, has yet to be solved.

Main sources for this article are Wikipedia, Grand Canyon History, and the Things You Should Know Podcast.

This is a well-written article. It was a story that I didn't know anything about. It's intriguing and informative. Good job!

Hey Man, thanks a lot! When I came across the story last week I thought the same! And I think it's perfect for sharing :)

Very interesting story, Michel! I've bookmarked the podcast for later, so I can listen to it myself.

There's two more things I gotta get off my chest. The first is a question: Do you think any theories regarding the fate of this tragic couple have more merit than others, and if so, why? The second is kind of a silly observation: Glen Hyde kinda looks like a young Ian McKellen in that first picture, doesn't he? :P

Great, I think the podcast really tells the story in a colorful way!

Regarding the merit of one theory over the other: The theory mentioned in the post, where a woman claimed to be Bessie is particularly interesting to me. After the death of this women, they found in her private belongings the marriage certificate of Glen and Bessie. However, people don't believe it is Bessie since when comparing photos they do not look alike.

Regarding the Glen Hyde / Ian McKellen thing: yes, now that you've mentioned it, I can see some resemblance there for sure! 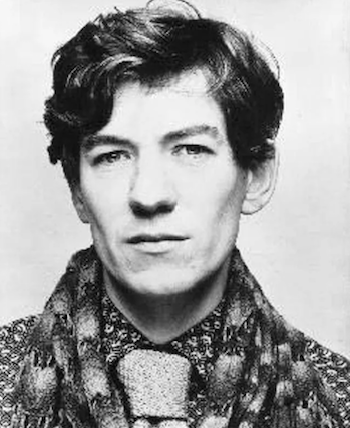 Thanks, for reading and posting/voting! Appreciate it!

I love a good mystery. People disappearing without a trace always produce a good one. Great story. Thanks for sharing!

Yeah I also like reading up on things like that. I really recommend listening to the podcast I mention in the post. There are a lot more cool details about the particular story discussed in it. They also mention a book about the story. Thanks for reading/voting