NIGERIA AND HER BLESSING 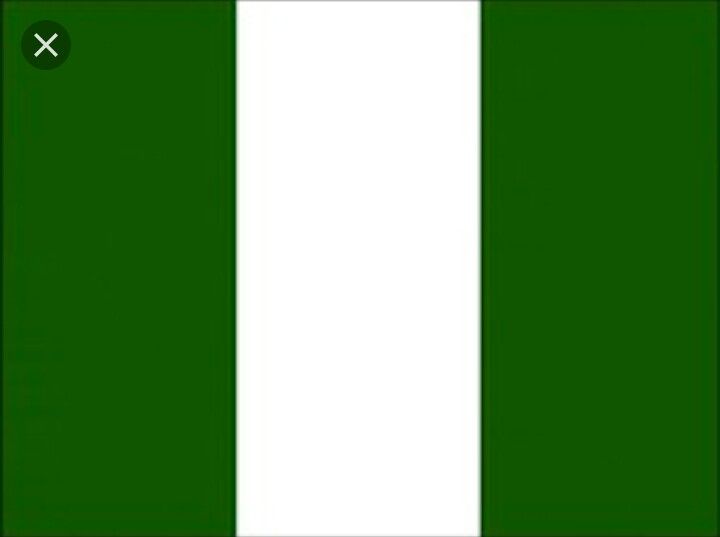 Nigeria has a long history, with its roots in early civilisations of distinguished artistry. The plateau area around Jos was a meeting point for cultural influences from the Upper Niger Valley (where agriculture developed independently as early as 5000 BCE) and from Egypt. By 3000 BCE, the plateau people – probably the Bantu people who later dominated Sub-Saharan Africa – were developing more complex societies and beginning to advance to the south. By 500 BCE, the Nok culture was flourishing. Nok society produced elegant and technically accomplished terracotta heads and figures; they were agriculturalists making tools and weapons of iron.

In due course, in the north, strong state systems evolved, several based on divine kingship. The people kept cattle and horses, grew cotton and cereals, and worked in fabrics, leather and iron. They were in contact with Egypt and other north African societies. Two powerful empires arose – Hausa–Bokwoi (beginning as separate states from CE 100–1000) and Kanem–Bornu (from the 11th century). They converted to Islam, traded in gold, slaves, leather, salt and cloth across the Sahara, and by and large successfully kept their enemies at bay.

In the south-west, the Yoruba had, before CE 1000, founded Ife, still the spiritual centre of Yorubaland. The origins of Benin are connected with Ife; Benin culture produced bronze sculpture by the ‘lost wax’ technique. These are naturalistic but slightly idealised heads of great elegance, delicacy and beauty, regarded as a major contribution to the world’s artistic heritage. Ife itself, however, fell victim to conquest by Oyo in the 14th century and later Ibadan and Abeokuta. The people of the south-east were heavily preyed upon by slave traders from the north and along the coast. Forced to abandon their settlements and move into the forests to evade their captors, the struggles of the Igbo peoples were preserved in long epics, memorised and passed down the generations. In the 15th century, Benin began to trade with the Portuguese, selling slaves and acquiring spices, firearms, the art of writing and the Christian religion. By the 18th century, the British had displaced the Portuguese as leaders of the slave trade. A century later, in 1807, the missionaries’ campaign against slavery had gained support, leading the British parliament to ban the slave trade. The navy began to patrol the coast, arresting slavers and settling captured slaves (most of them Nigerians) in the resettlement colony of Sierra Leone. Several missionaries in Nigeria were themselves freed Nigerian slaves who had converted to Christianity in Sierra Leone. The missionaries introduced quinine to control malaria, a new trade in palm oil also began, and the economies of southern Nigeria became increasingly powerful. Steamboats took this new culture up-river and into the forests.

In the early 19th century, there was upheaval in the north, as Fulani emirs declared a jihad (holy war) against the Hausa state of Gobir and created a new empire with city states, a common religious and judicial system and Qur’anic schools. The Muslim empire spread rapidly.

The Yoruba, under pressure, drew closer to Britain, which annexed Lagos in 1861. In 1884, British control expanded with the creation of the Oil Rivers Protectorate, set up under treaties with Yoruba rulers, and then the north, while the Igbo were conquered. By 1900, Britain had control of Nigeria.

The Colonial Office adopted the system of indirect rule, with traditional leaders continuing in power while owing allegiance to the colonial authority.

Many educated Nigerians objected to the system, since it entrenched traditional practices which, in a freer society, would have evolved into possibly more progressive forms. Nonetheless, the system prevented British settlers from dominating the economy, and Nigerian enterprise built a substantial export trade in cocoa, groundnuts, leather, cotton and vegetable oils.

Nigeria’s independence government was led by the Northern People’s Congress in alliance with the National Council of Nigerian Citizens (a largely Igbo party), with Sir Abubakar Tafawa Balewa as Prime Minister. In 1963, the country became a republic and Dr Nnamdi Azikiwe its first (non-executive) President.

The first of several coups occurred in January 1966 and Tafawa Balewa was among those killed. Army commander Major-General Aguiyi-Ironsi headed a new administration, which abolished the federation and instituted a unitary state. In July 1966, troops from the north retaliated with another coup in which Aguiyi- Ironsi was killed and Lt-Col Yakubu Gowon assumed the leadership. He restored the federal state and replaced the four regions with 12 states. He included civilians in government and promised to restore democratic rule as soon as possible.

In May 1967, Lt-Col Chukwuemeka Odumegwu Ojukwu declared eastern Nigeria an independent state named the Republic of Biafra. This led to civil war. Hostilities lasted until Biafra was defeated in January 1970 and Ojukwu went into exile; the war cost some one million lives.

In 1975, Gowon was deposed in a coup and replaced by Brigadier Murtala Muhammed, who introduced radical economic reforms, a new structure of 19 states and a programme for a return to civilian rule in four years. He was assassinated in an abortive coup in 1976. Lt-Gen Olusegun Obasanjo succeeded and continued Muhammed’s policies: the ban on political activities was lifted (1978), multiparty elections were held (1979) and Shehu Shagari of the National Party of Nigeria became (executive) President, re-elected in 1983.

However, in 1983 a military coup put an end to this brief period of democracy. New head of state Major-General Muhammadu Buhari initiated a severe austerity programme with campaigns against idleness and self-enrichment. This provoked a further coup in 1985 bringing Major-General Ibrahim Babangida to power. He repealed the most unpopular decrees and, in 1987, promised a return to civilian rule by 1992. In 1989 two parties were formed (only two parties were permitted).

The transition to civilian rule went as far as elections to state assemblies in 1991 and presidential primary elections in 1992 (re- run 1993) before the whole process was halted. The newly created Social Democratic Party won the majority in both Houses, and its leader, Chief Moshood Abiola, was believed to be leading in the presidential elections. But before all the results had been announced, the elections were annulled by Babangida, who shortly after resigned. For a few months civilian Chief Ernest Shonekan was head of an interim government, and charged with holding yet further elections.

However, in November 1993, in Nigeria’s seventh coup, General Sani Abacha assumed power and cancelled the scheduled return to civilian rule. He dissolved the interim national government, national and state assemblies, the state executive councils and the two political parties, and banned all political activity.

In June 1994 a constitutional conference was held to devise a programme for a return to civilian rule. The conference failed to reach consensus. Shortly before it opened, Chief Abiola, on the basis of the 1993 elections, proclaimed himself President. He was arrested and charged with treason; he was held in solitary confinement and was never brought to trial.

In March 1995, during a clamp-down after an alleged counter- coup, the military arrested prominent opponents of the regime and campaigners for a rapid return to democracy, including retired generals Olusegun Obasanjo and Shehu Musa Yar’Adua – whose political influence stemmed from the fact that they headed the military government which handed power to a civilian government in 1979. Obasanjo and Yar’Adua were tried for treason and sentenced to long terms of imprisonment. Shortly afterwards, in October, Abacha further postponed plans for a return to democracy, and announced a new three-year timetable for completing the transition by late 1998.

Amid the many political detentions of this period, one of Nigeria’s most popular writers, Ken Saro-Wiwa, leader of the campaign against pollution of Ogoni lands and waters by the oil industry, and eight others were arrested and charged with the murder of local chiefs. They were tried by a military court and executed on 10 November 1995, hours after the Commonwealth Heads of Government Meeting had opened in New Zealand. In response, on 11 November, Commonwealth Heads of Government suspended Nigeria from membership of the Commonwealth for contravening the principles of the Harare Commonwealth Declaration, and called for the release of Abiola and 43 other political prisoners.

In 1996 five parties were registered and local elections took place in March 1997, when the United Nigeria Congress Party (UNCP) and Democratic Party of Nigeria (DPN) won most seats. At the Commonwealth Heads of Government Meeting in Edinburgh, United Kingdom, in October 1997 Nigeria’s suspension from Commonwealth membership was extended until 1 October 1998 by which time the Abacha government had said it would restore democracy and civilian government. If the transition programme failed, or was not credible, Nigeria would be expelled. In December 1997, UNCP gained a majority in 29 of the 36 state assemblies.

By April 1998 all five registered political parties had adopted Abacha as their candidate for the August presidential election, although he had not publicly agreed to stand. In the general election in the same month, a very low poll, UNCP took a majority of seats in both the House of Representatives and the Senate. Abacha died suddenly in June 1998 and was replaced as head of state by Chief of Defence Staff General Abdulsalami Abubakar, who promised to return the country to civilian rule and released nine political prisoners including Olusegun Obasanjo. Chief Abiola also died suddenly, in July 1998 while his release from detention was still being negotiated. He was 60 and, though some initially suspected foul play, an international team of pathologists who were called in to conduct an autopsy confirmed he died of natural causes. His health had however been adversely affected by the harsh detention conditions.

Abubakar dissolved the principal bodies associated with the Abacha regime’s democracy programme, released detainees, allowed unfettered political activity and published a new election timetable. A new Independent National Electoral Commission was set up in August 1998. As a result of the local government elections in December 1998, the People’s Democratic Party (PDP), All People’s Party (APP) and Alliance for Democracy (AD) went forward to contest the state and federal elections. The PDP took 23 state governorships, APP eight and AD six. In the National Assembly elections, PDP won nearly 60 per cent of the seats in the House of Representatives and the Senate. The presidential election gave PDP candidate Obasanjo a convincing victory with 62 per cent of the votes against 38 per cent for joint APP/AD candidate Chief Oluyemi Falae. These federal elections were closely monitored by international, including Commonwealth, observers. Although cases of serious irregularities were noted, especially in the presidential poll, when the turnout figures were often inflated, they were not deemed to have brought the overall result into question.

In the wake of the elections, the departing military rulers published a new constitution. When Obasanjo became President in May 1999, Nigeria’s suspension from the Commonwealth was lifted. The 1999 constitution, which permitted the practice of Sharia law for consenting Muslims, opened the way for some northern states – led by Zamfara State in October 1999 – to seek to implement it. This plunged the country into a heated controversy and some violence as Christians in these states were not convinced by assurances that it would not adversely affect them. This continued as the northern states successively adopted Sharia law. Zamfara was first to carry out an amputation in March 2000 and Sokoto first to sentence a woman to death by stoning for adultery in October 2001 (later revoked).

Hello, please note that it is best practice to cite your references and sources to avoid having your account blacklisted by Cheetah. Plagiarism is frowned upon here on Steemit.

I tire. He is not even scared. The words are too much self.

Too long and boring

Back through the years!!

Plz kip it short next time