They have told us the history, badly . 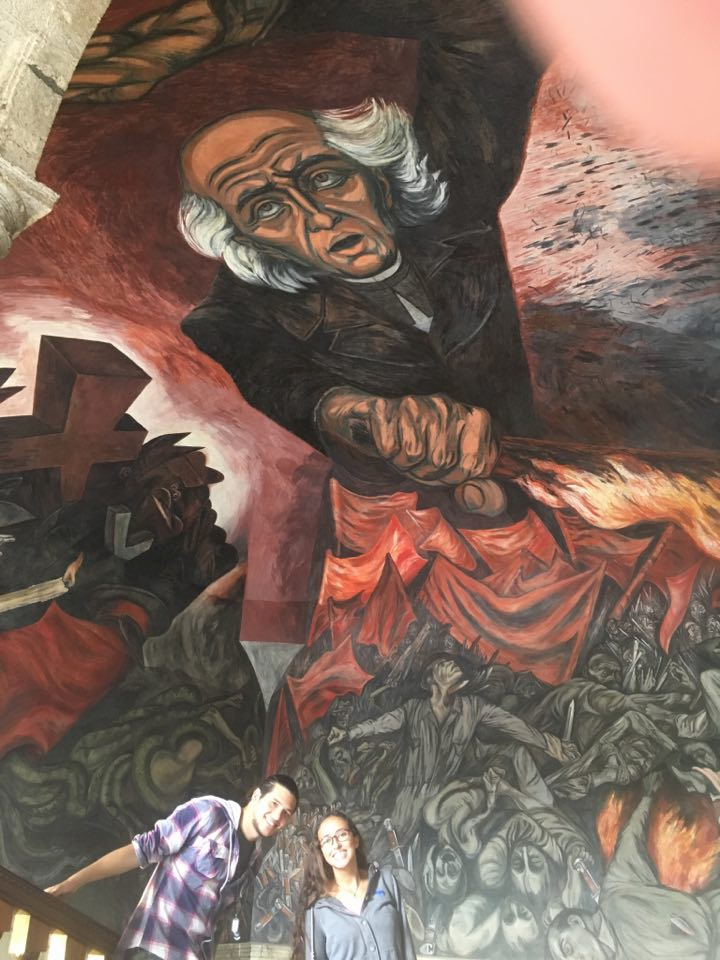 it have been happened already a few months since i crossed the borders of my country,
curiously and for some turns of fate, I am in Mexico even when initially my trip began in Colombia, i might then, dedicate my time to enumerating all the things that I could have known and to learn in my trips, as some of you may know I went away of my house at my 17 years to Cuba to studying and today, it wanted to write to you about a topic that catch my attention in my demurrage in Guadalajara. The history like we know, is full of pot-holes, flood of shades, patches, inclined always for the convenience of portraying only the interest of the one who tells it, for this reason, I wanted to dedicate these words to the big historians that happens to be my most valuable teachers like Jose Machado , and Jose Maria Mierino great friend of mine, very passionate about the history of Mexico with which I was glad of chatting last days while I was guided by the hand through the corridors of the institutions and museums in the city of Guadalajara, where nowadays I reside 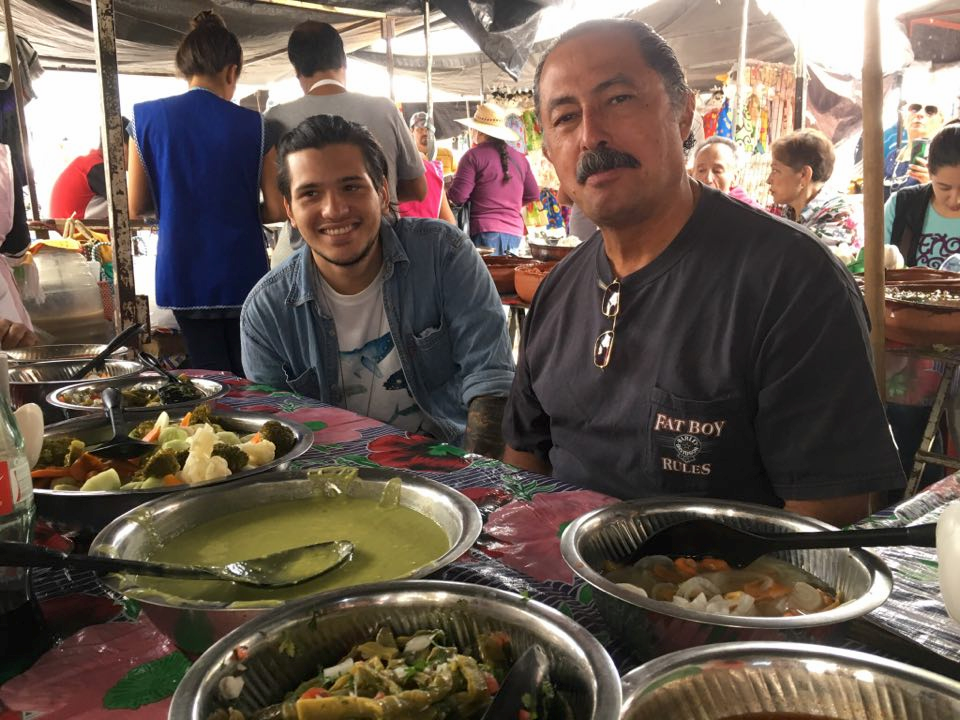 And it is that the history, that they have told us It is very badly told, and even, we exalt to whom with the best intention of the moment it paints her since is the case of Jose Clemente Orozco, muralist artist that it was born on November 23, 1883 wich happens to be, one of the exhibitors of the movement Muralista Mexicano that adorns the walls of the more emblematic buildings in the city, with a high political contained, in times of revolution,my companion and guide towards emphasis into something very eloquent between laughs and judgments, and is that the history today tends to victimize to the original inhabitants of our South américan natives as the poor guys of the history that were massacred by an unequal conquest, in wich one of the most biggest empires ”The mexihcah” was brought down and defeated unjustly catalogued Aztecs, without bearing an important fact in mind, we cannot continue seeing our forbears as the villains and to our native ones as the good ones, to choose being with a side of the history without bearing in mind that the current Mexican is a product of all these events, and it refers to the facts happened a long before the arrival of the first colonists to Mexican lands.
Chatting across the halls he explain me how since this tribes the ones that where more organized and dominant were in turn: “slave holders” and imperialists like the ones who came so much after from Europe. , and is that what they where, conquerors!

This was the way in which in this epoch the things were done!!, not for being native they stopped being assassins and tyrants, and of fact, they were eating his slaves in a wild act of domination, it is for this reason that the form in which I begin to estimate the history, changed, and changes also my speech of some years ago where I itself was condemning openly the meeting of these two cultures as something unequal, where great part of was feeling in resentment with the arrival of those men that came to remove everything and to leave ourselves without anything, erasing almost of our memory our inexperienced stadiums of autochthonous civilization, to turn into this little piece of mixture who identifies us as a country in almost all the peoples of south america, Or of any part of the world for which if you analyze it of this way, all the peoples are a product of all the fights win or lost. All this conversation is happening while the emblematic and loaded with symbolism and horrors of this clash were revealed in the walls of the cathedrals represented by the artist "Orozco" whom very internally I received, with his particular style as part of me, in my reunion with this feeling of which not everything was nice, and that they took to themselves what was not theirs ane they left us what is not ours, in many of the cases imposed with wasteful blood but if, I had to recognize that Jose Maria had a great point of reason on having said to me that a long before Hernan Cortez's arrival already the evilness existed strictly between ourselves, and the subjugation of the weak was already a fact, the slavery, the division and bloodthirsty acts in opposition to our own people existed and it will exist it does not matter the epoch and the sooner we recognize this intrinsic evilness in the psyche of the human being and the sooner we learn to recover from this nature (thing that every day I doubt more, moving away of romantic ends for our species) probably we will be able to approach a version of the world where we do not have to worry so much for a catastrophic explosion that could banish us all from the face of the earth. 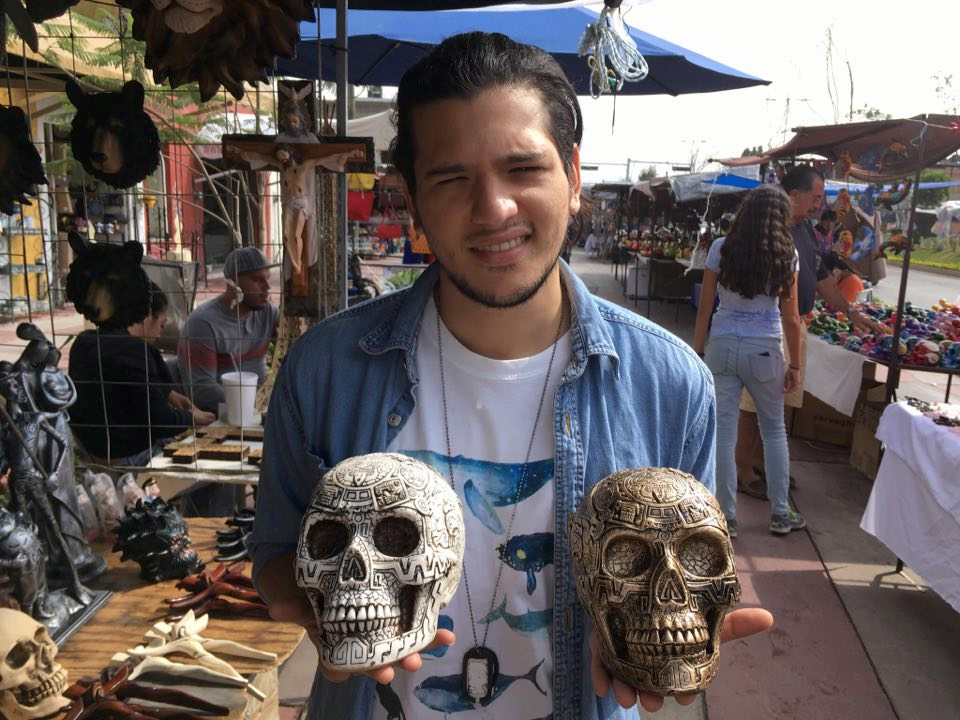 Thanks for the positive story - it was fun