The Ashkanians came from a sectarian named Parni. According to the report of the Strabun, one of the eastern Sikkis tribes and one of the most important clans of the Daha Union, settled in the plain between Gorgan and the southern Tajan tribes in the North Part of the country, is today the location of Turkmen Turkmen.
For the first time, we see the name of Daha in the inscriptions of Xerxes in Persepolis. They probably became Iranian citizens at the time of Xerxes, and in the year 250 BC, proclaimed independence by proclaiming Arshak, they established the longest period of Iranian rule in Iran, and ended the rule of the Selukians trying to Greek in Iran. .

Like other tribal elders, the Ferns were a chambermaid, a warrior, a shooter and a nerve raiser, who considered shame as a natural death. According to the Straubon, the people in the northeast of Iran lived in a hostile environment of their neighbors. In 250 BC Sardari Arshak flocked to the south of the present-day Turkmenistan and attacked the benign fortunes of Atrak. The tears in the city of Asak near Quchan were chosen as the king. Tees and Tirdad form the core of the uprising with five of their supporters, such as Darius Achaemenid, who sojourned with his six sons against Geomat. The tears of Baslecus II fought and brought him to recognize the Ashkanians. After these Parthenians, they overcame the Selukians and removed them from the political history of Iran.
All the Ashkani kings kept everyone praised the tradition of picking up the name of the tusks. The tears of the Ashkani were confirmed by the Majesty's Majesty before they came to Karzai. The Tusitos Assembly was comprised of 300 men elected. The Ashkani kings were not absolute rulers. Each of those who had a problem with Majesty's Majles was dismissed by this House. Of course, in all periods of the reign of this family, the power of Mehestan was not the same. Perhaps because of the fear of Majestan's Majlis that it can be said that the color of the dictatorship in the Ashkani family is more frequent among all the tribes that have commanded Iran.
The brotherly tradition was prevalent among the Ashkani kings. Only Farhad IV (fourteen tears) killed 39 of his brothers. Ashkani's kings, while defeating the Selukians and managing Iran in Iranian ways, called themselves Greek friends, used Greek, and occasionally gave themselves Greek names. There were city councils in Oshkany towns. The king's commander, the commander of the army, was the treasurer of other city officials. The Shah did not directly choose them, but confirmed them. 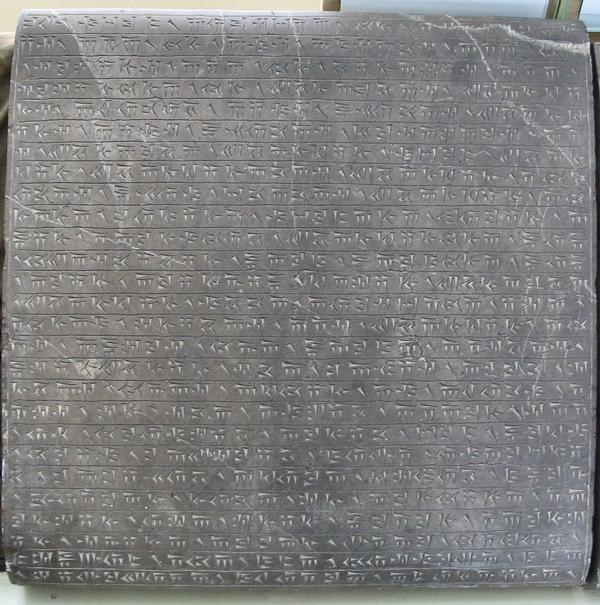 The Tablet of Xerxes, in which the name Daha is listed as one of the countries giving the them tribute and Achaemenid ruled there.

Among the great families of this period are the Soren dynasty in Sistan, the Karen family in Nahavand, the Mehran family in Rey, the family of Espahbud in Hirkani and the Zak family in Atropathen. The Wazarakan-Elders class had the most important army officials. The Ashkanians in Persia and several other Shahekhislaysh never had a strong foothold.
Parthians ruled Iran for nearly 500 years and their most important mission was to prevent the penetration of Greek culture into Iran. They considered themselves to be the heirs of the Achaemenids and successfully managed to bring the Selukians from Iran and establish a solid Iranian state.

The geographic division of the Ashkanians, in spite of the fragmentation of some states, in general, corresponds to the division of the country into six states at the time of the Selukians. Apparently, the upper section of the Ashkani Empire includes the first parts of the Parthians, and the western part of Iran, the capitals of Mehrdad. Over the past 470 years, the Ashkanian government has been almost constant in the borders of the country, and if the Crisphone has been attacked several times, it has not been long before the attackers have retreated.
In his natural history, Pliny has divided Parthian rule of Ashanki into seven parts:
Mesopotamia and Babylonia, Apollonathis in Syria, Khalonitis, which is probably Erbil, Karina, which is likely to be found, is surrounded by Kerman, Med al-Ayat and Madad.
He also divided the upper part of the Parthian government into eleven parts, including Khorāna, Gomes, Gorgan, the province of Shirvan, Bojnurdorkhchan, Parth, the aperitifs around Ayurved, Murgyan or Marv, Ariya or Herat, Anaviy in southern Herat, Sikistan, and White India or Occurs This Russian geographer names the masterpieces that are the function of the Ashkanians, such as Pars, Eliyami, Mysna, Heter, Osoerene, Adibaneh, Atropatten and Hirkani.
In the great epistle of Sassanid Shapur II in the Ka'bah of Zarathustra, which is one of the most prominent provinces of the time of the Ashkanians, we have another name. Dogs on the banks of the Black Sea, virgins in the east of the dogs, Armenia or Armenia, Blasagan in the west of the Caspian Sea, Golan or Gilan, Kerman, Makran, Turgestan, India, Sikestan, Marv and Khwarazm. These are the centers under the command of Ashkanian and not on the Pliny list.
Ctesiphon is the winter capital of Hamadan, the capital of Ashkanian. Among the cities of that period, it is possible to mention the city around the gate around Damghan and Khoboshan around Quchan, as well as the cities of Dargas and Ashgabat.

The Ashkanians came to work after the Selukians. The first Parthian architecture was based on Parthian camps and circles built buildings and used Greek decorations in decorations, but at the very beginning they replaced the traditional Persian art with Greek art. The buildings with central quadrilateral courtyards with porches on each side of that characteristic featured a Parthian architecture. They were very important to the facade of the building, for which they used a combination of paintings and gypsum. They consisted of cradles, arches, and reggins with stones and rubble, featured work and Sometimes internal columns were used.

If you like history, support me to go further and post more about Iranian's History which is very rich and amazing.