The Boys Light Up

he Boys Light Up is the debut album from Australian pub rock band Australian Crawl[2][3] which was released in 1980 and contains the title track, "The Boys Light Up", "Indisposed", "Downhearted" and their previously released debut single "Beautiful People". The album reached #4 on the Australian album charts and remained in the charts for an unbroken 101 weeks,[4] eventually selling over 280 000 copies (five times platinum).

The title track was written by James Reyne. It contains the invented word "dorseted":

"People aren't used to hearing 'dorseted', and it's not actually a word - it's from the Dorset Gardens - I'm trying to be as suburban as possible, and it rhymed with 'corseted'." - James Reyne, 2003[5] 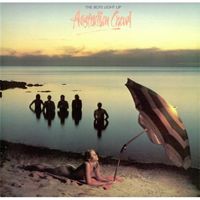 Congratulations! This post has been upvoted from the communal account, @minnowsupport, by donboy from the Minnow Support Project. It's a witness project run by aggroed, ausbitbank, teamsteem, theprophet0, someguy123, neoxian, followbtcnews, and netuoso. The goal is to help Steemit grow by supporting Minnows. Please find us at the Peace, Abundance, and Liberty Network (PALnet) Discord Channel. It's a completely public and open space to all members of the Steemit community who voluntarily choose to be there.