The Truth - Hidden in Plain Sight

After Will Robinson draws a picture of his robot friend in the sand, the robot then draws his own picture, with no explanation and it never ties back into the plot. What's the significance? 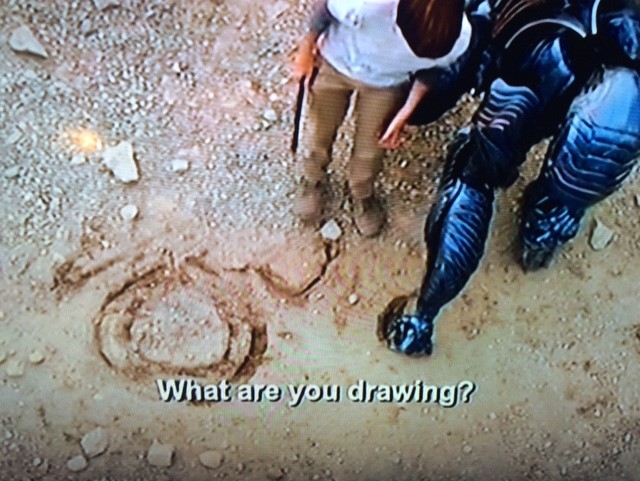 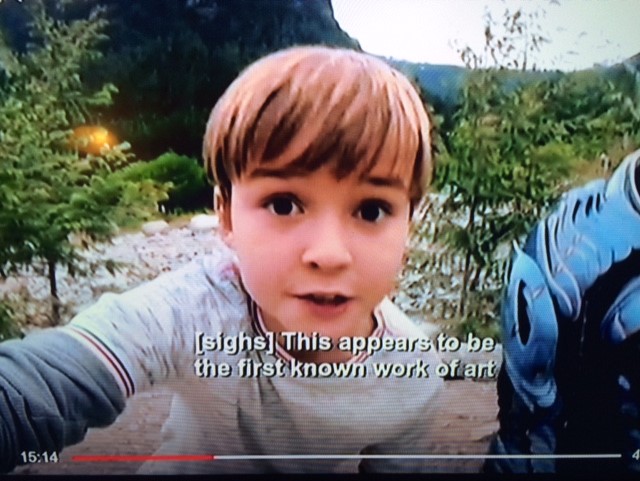 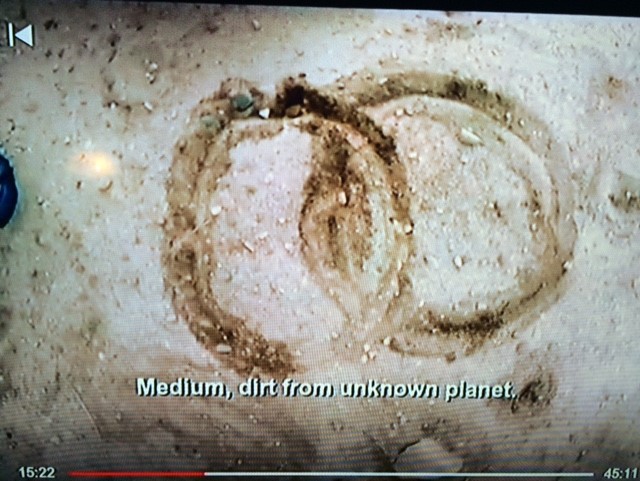 -"What are you drawing?"

The image that the robot made was of cellular division

Genesis 2:7. - Then the LORD God formed man of dust from the ground, and breathed into his nostrils the breath of life; and man became a living being. (Medium, dirt from unknown planet)

Genesis 3:6 - When the woman saw that the tree was good for food, and that it was a delight to the eyes, and that the tree was desirable to make one wise, she took from its fruit and ate; and she gave also to her husband with her, and he ate. TRANSLATION- (Lucifer beguiled Eve and convinced her to partake of his "fruit". She bore him a son (Cain) Adam bore her a son (Abel). Cain killed Abel and the entire world now is descendant of Lucifer and Eve. We are both good and Evil. We are are guilty and Jesus died so that we might be forgiven. That being said...)

The first known work of art of an artificial intelligence of alien origin is exactly what he marked in the sand. Lucifer's work of art, was procreation with Eve. Cellular division when sperm meets egg.

you are right on, keep up the good work