How We Got Medicine

I wanted to share with you all today, an old earth story of how medicine came to be. It is a story told within the context of oral tradition, passed down from hundreds of years of Cherokee ancestry regarding healing with plants. Since then, we've seen a vast transformation in the field of medicine as we've largely moved away from medicinal plants and into synthesized pharmaceuticals. However, herbalism, the realm of healing with plants has never died out. It is still the prominent form of medicine over most of the world. It's merely been marginalized in western culture. Though fueled in part by the astronomical costs of modern healthcare and pharmaceuticals, herbal medicine has seen a resurgence with the holistic healing movement.... a valid and important movement I might add.

In fact, historically, the foundation of the pharmaceutical industry is thoroughly rooted in plant medicines. That is, the drug trade came to be, mostly from researchers isolating and then synthesizing artificial medicines from known herbal remedies in order to have cures that could be patented for profit. After all, you cannot patent life, or a naturally occurring resource. Or at least you couldn’t before gmo's came into the picture.

Today, western culture has mostly forgotten the true history of medicine. In fact, the disconnect has grown so wide that nine out of ten people think herbal medicine is akin to seeking answers from a crystal ball. Though, a little unbiased research certainly proves the validity and effectiveness of herbal medicine. So which way is better? Drugs certainly do the job quickly, appeasing our instant gratification culture, but are quite often SWIMMING with unintentional side effects leaving the body damaged or weakened in other ways. Herbal remedies are certainly gentler on the body as they are more easily metabolized with fewer side effects, but they often take more time to do the job (a fact that often fuels skepticism regarding herbal remedies). The subject is still hotly debated, for sure. “Westernized” medicine as it has come to be known is obviously important, but we must not forget the validity of the old ways or our plant kingdom relatives.

I first came across this story in my studies with indigenous healers on one of America’s many first nations' reservations, but came across it again in a great herbal remedy book “The Herbal Home Remedy Book” by Joyce A. Wardwell 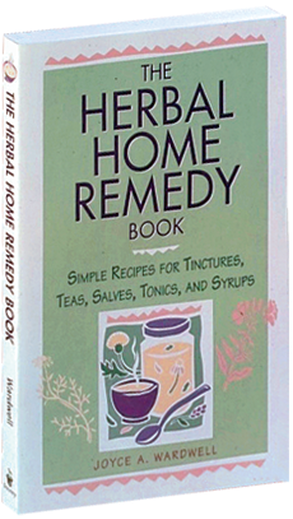 This has become one of my favorite herbal books that I’ve come across over the years. I really appreciate it not just because it gives good herbal advice, but because the author takes a very down-to-earth approach. Highlighted with tribal tales and wonderful stories steeped within oral tradition, not only is this book informative, but it’s fun to read. The following story, at least for me, is a really touching reminder to be thankful for that which the Earth provides and to treat all beings, including plants, with respect. Ask permission before you take. Give thanks if you do. Never take more than you need….. The Rule of Thirds is a great way to respect our plant relatives as well as our balance with the surrounding environment. That is: Leave 1/3rd for the plant, 1/3rd for the animals, and only take 1/3rd for yourself. And if there is not enough to go around, don’t take it.
I hope you enjoy this wonderful tale. If you do, and resonate with its message, I encourage you to pick up Joyce Wardwell’s book and read the other stories she provides; as well as her herbal knowledge. :)

How We Got Medicine – a Cherokee story retold by Joyce A. Wardwell:

When the world was young, the animals called a council. In those days, the beasts, birds, fishes, and insects could all understand each other. They and the people lived together in peace and friendship. But as time went on, the people increased so rapidly that they began to slaughter the larger creatures for their flesh or skin, while the smaller creatures were crushed. Otter, the diplomat, led the council and soon the animals agreed to go to war with the people. But how?

Then Coyote spoke up. “I can sneak into the people’s village and find out what their weaknesses and strengths are.” When he returned, he said, “What people have that we don’t is a bow and arrow. If we had those tools, I know we could win.”

Beaver remembered there was an old yew tree in a forest the people had burned down years ago. He went and cut it and shaped it into a bow. Reed said they used her dried stalks for arrow shafts. Wild Turkey gave three of her best tail feathers. Flint dashed himself against some rocks under a waterfall to make a good arrowhead. The bow and arrow were all ready.

“Hold on…something's missing,” said Snail, looking over the bow and arrow thoroughly. “This won’t work.” Then Coyote remembered about the bow string…he had seen the people twirl animal intestines to make the string. Well, you can imagine no one wanted to give up his intestines to make a string! 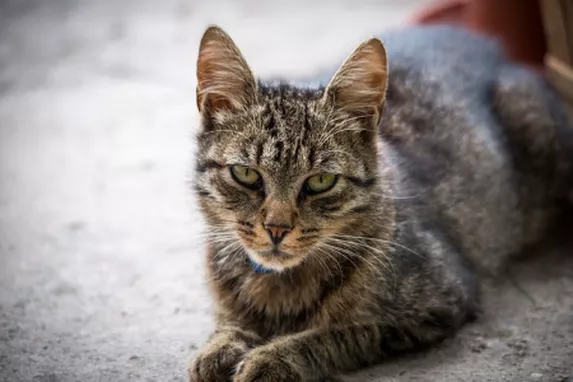 Then Old Cat stepped forward. She said, “I have no teeth and can’t hunt anymore. I haven’t eaten for a longtime, and I’m tired. You can use my gut to help make the bow. I want to help, and it’s really all I can do.” Then she lay down and died. The animals thanked her for her gift. Her intestines made a strong and taut bowstring. But no one could pull the string.

You see, all the animals walked on four legs, or six, or had wings. Suddenly Bear drew himself upright. “See, I can stand like man. Give me time to practice. I’ll work the bow.” A week went by and Bear returned to the council. He said, “The bow works fine, but my claws keep getting in the way. I know if we could just cut them off somehow, then I could aim the arrow and kill the people.”

“No, Bear!” Otter said. “If we cut off your claws, then you’re no longer Bear. You can’t climb a tree, fish, or grub for insects. You’ll be no better than the people.” And with that the council gave up, and was about to disband, when a small voice came out of the air. 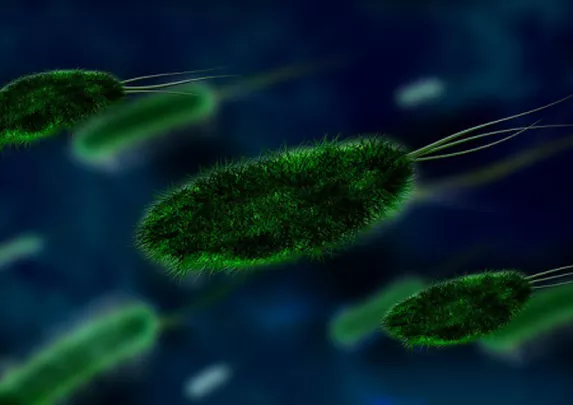 “Oh, you can’t see us. We are the invisible ones. We are disease. And we surely can kill all of the people. But first everyone must agree.”

One by one all the beasts, all the fliers, the crawlers, the swimmers, the divers, all agreed to let disease kill the people. But when the plants were asked, they paused: “Wait. We’ve never really paid much attention to people. Let us watch them for a whole cycle of seasons. Come back in a year. Then we’ll give you our answer.”

A year passed. The council was called and the plants said, ” Wait. We have watched the people, and you know, in a year’s time, their babies can’t speak for themselves yet. Come back in twenty years when they have grown to adults. Then we’ll give you our answer.” Twenty years passed. The council was called and the plants said, “Wait. We have watched the people, and you know, in twenty years’ time their hearts are still young. Come back in a hundred years when they have lived a whole lifetime. Then we’ll give you an answer.” The animals grumbled. A hundred years from now, would there even be any animals left? But they had no choice.

A hundred years passed. The council was called and the animals said, “No more delays. You must give your answer now, plants. Do we let disease got to war with the people or not?”

“Yes, go ahead,” said the plants. “Do your worst. Give the people disease. You are right-the people destroy too much. We won’t stop you.”

“But,” said the plants, “we did notice some people who are not like the rest. They show respect. They ask first, and they are careful. So we will help them. Anytime a person comes and asks us for help in a proper way, we will help.”

And that is how we got medicine. 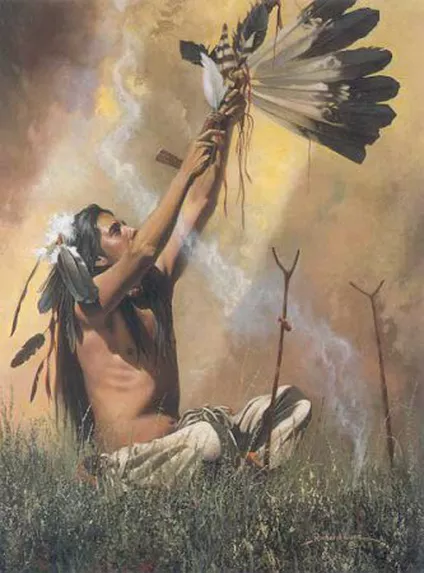 This story belongs to the Cherokee people. It was first recorded by James Mooney in 1890 in The Sacred Formulas of the Cherokees.

Congratulations @oldearth.project, you have decided to take the next big step with your first post! The Steem Network Team wishes you a great time among this awesome community.