Depression, not a good thing 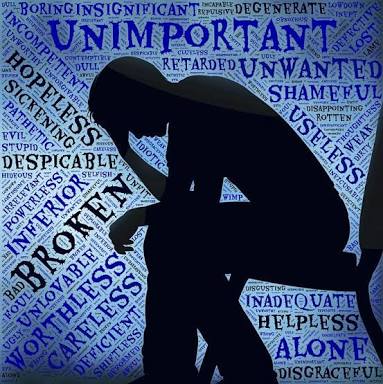 Depression has a wide range of causes and potential treatments.
• Depression seems to be more common among women than men.
• Symptoms include lack of joy and reduced interest in things that used to bring a person happiness.
• Life events, such as bereavement, produce mood changes that can usually be distinguished from the features of depression.
• The causes of depression are not fully understood but are likely to be a complex combination of genetic, biological, environmental, and psychosocial factors. Fast facts on depression:
Symptoms include reduced interest in pleasurable activities and lower mood.
Diagnosis starts with a consultation from a mental health expert.

Sadness, feeling down, having a loss of interest or pleasure in daily activities - these are symptoms familiar to all of us. But, if they persist and affect our life substantially, it may be depression.
According to the Centers for Disease Control and Prevention (CDC), 7.6 percent of people over the age of 12 have depression in any 2-week period. This is substantial and shows the scale of the issue.
According to the World Health Organization (WHO), depression is the most common illness worldwide and the leading cause of disability. They estimate that 350 million people are affected by depression, globally.
CONTENTS OF THIS ARTICLE:
• What is depression?
• Causes
• Symptoms
• Treatments
• Tests
• Types

WHAT IS DEPRESSION?
Depression is a mental health disorder. It is a mood disorder characterized by persistently low mood and a feeling of sadness and loss of interest. Depression is a persistent problem, not a passing one - the average length of a depressive episode is 6-8 months.
What does not class as depression?
Depression is different from the fluctuations in mood that people experience as a part of normal life. Temporary emotional responses to the challenges of everyday life do not constitute depression.
Likewise, even the feeling of grief resulting from the death of someone close is not itself depression if it does not persist. Depression can, however, be related to bereavement - when depression follows a loss, psychologists call it a " complicated bereavement."

CAUSES OF DEPRESSION
The causes of depression are not fully understood and may not be down to a single source. Depression is likely to be due to a complex combination of factors that include:
genetics biological - changes in neurotransmitter levels
environmental
psychological and social (psychosocial)- Some people are at higher risk of depression than others; risk factors include:
Life events - including bereavement, divorce, work issues, relationships with friends and family, financial problems, medical concerns, or acute
stress .
Personality - those with less successful coping strategies, or previous life trauma.
Genetic factors - first-degree relatives of depressed patients are at higher risk.
Childhood trauma.

Some prescription drugs - including corticosteroids, some beta-blockers , interferon, and other prescription drugs.
Abuse of recreational drugs (including alcohol and amphetamines) - can accompany depression or result in it. There are strong links between drug abuse and depression.
A past head injury.
People who have had an episode of major depression are at higher risk of a subsequent one.
Chronic pain syndromes in particular, but also other chronic conditions, such as diabetes, chronic obstructive pulmonary disease, and cardiovascular disease.

SYMPTOMS OF DEPRESSION
Symptoms of depression can include:
• depressed mood
• reduced interest or pleasure in activities previously enjoyed, loss of sexual desire
• unintentional weight loss (without dieting) or low appetite
• insomnia (difficulty sleeping) or hypersomnia (excessive sleeping)
• psychomotor agitation (for example, restlessness, pacing up and down), or psychomotor retardation (slowed movements and speech)
• fatigue or loss of energy
• feelings of worthlessness or guilt
worsened ability to think, concentrate, or make decisions
recurrent thoughts of death or suicide, or attempt at suicide

TREATMENTS FOR DEPRESSION
Depression is a treatable mental illness. There are three components to the management of depression:
• Support - ranging from discussing practical solutions and contributing stresses, to educating family members.
• Psychotherapy - also known as talking therapies, such as cognitive behavioral therapy (CBT).
Drug treatment - antidepressants.
Psychotherapy
Psychological or talking therapies for depression include cognitive-behavioral therapy (CBT), interpersonal psychotherapy, and problem-solving treatment. In mild cases of depression, psychotherapies are the first option for treatment; in moderate and severe cases, they may be used alongside other treatment.
CBT and interpersonal therapy are the two main types of psychotherapy used in depression. CBT may be delivered in individual sessions with a therapist, face-to-face, in groups, or over the telephone. Some recent studies suggest that CBT may be delivered effectively via a computer .
Interpersonal therapy helps patients to identify emotional problems that affect relationships and communication, and how these, in turn, affect mood and can be changed.
• Antidepressant medications
Antidepressants are drugs available on prescription from a doctor. Drugs come into use for moderate to severe depression, but are not recommended for children, and will be prescribed only with caution for adolescents.
A number of classes of medication are available in the treatment of depression:
selective serotonin reuptake inhibitors (SSRIs)
monoamine oxidase inhibitors (MAOIs)
tricyclic antidepressants
atypical antidepressants
selective serotonin and norepinephrine reuptake inhibitors (SNRI)
Each class of antidepressant acts on a different neurotransmitter. The drugs should be continued as prescribed by the doctor, even after symptoms have improved, to prevent relapse.
A warning from the Food and Drug Administration (FDA) says that "antidepressant medications may increase suicidal thoughts or actions in some children, teenagers, and young adults within the first few months of treatment."
Any concerns should always be raised with a doctor - including any intention to stop taking antidepressants.
Exercise and other therapies
Aerobic exercise may help against mild depression since it raises endorphin levels and stimulates the neurotransmitter norepinephrine, which is related to mood.
Brain stimulation therapies - including electroconvulsive therapy - are also used in depression. Repetitive transcranial magnetic stimulation sends magnetic pulses to the brain and may be effective in major depressive disorder.
• Electroconvulsive therapy
Severe cases of depression that have not responded to drug treatment may benefit from electroconvulsive therapy (ECT); this is particularly effective for psychotic depression.
Tests and diagnosis of depression
Diagnosis of depression starts with a consultation with a doctor or mental health specialist. It is important to seek the help of a health professional to rule out different causes of depression, ensure an accurate differential diagnosis, and secure safe and effective treatment.
As for most visits to the doctor, there may be a physical examination to check for physical causes and coexisting conditions. Questions will also be asked - "taking a history" - to establish the symptoms, their time course, and so on.
Some questionnaires help doctors to assess the severity of depression. The
Hamilton depression rating scale , for example, has 21 questions, with resulting scores describing the severity of the condition. The Hamilton scale is one of the most widely used assessment instruments in the world for clinicians rating depression.

TYPES OF DEPRESSION
Unipolar Versus Bipolar Depression
If the predominant feature is a depressed mood, it is called unipolar depression. However, if it is characterized by both manic and depressive episodes separated by periods of normal mood, it is referred to as bipolar disorder (previously called manic depression).
Unipolar depression can involve anxiety and other symptoms - but no manic episodes. However, research shows that for around 40 percent of the time, individuals with bipolar disorder are depressed, making the two conditions difficult to distinguish.

MAJOR DEPRESSIVE DISORDER WITH PSYCHOTIC FEATURES
This condition is characterized by depression accompanied by psychosis . Psychosis can involve delusions - false beliefs and detachment from reality, or hallucinations - sensing things that do not exist.
Postpartum depression
Women often experience "baby blues" with a newborn, but postpartum depression - also known as postnatal depression - is more severe.

MAJOR DEPRESSIVE DISORDER WITH SEASONAL PATTERN
Previously called seasonal affective disorder (SAD), this condition is related to the reduced daylight of winter - the depression occurs during this season but lifts for the rest of the year and in response to light therapy.
Countries with long or severe winters seem to be affected more by this condition.

Cheetah is on this bro