I Aborted My Baby at 22 Weeks…Now Ohio to Banning These Types of Abortions…YOUR THOUGHTS??

victoriacalloway (52)in #health • 4 years ago

Merry belated Christmas and hope everyone enjoyed spending quality time with family and friends and opening lots of presents!!

Shortly before Christmas, Ohio Republican governor, John Kasich, signed a legislation prohibiting doctors from performing abortions based on a diagnosis of Down Syndrome. Down Syndrome is a genetic abnormality where an extra chromosome is present in the body, causing mild to moderate mental retardation as well as physical defects such as heart defects, gastrointestinal and respiratory issues…just to name a few. 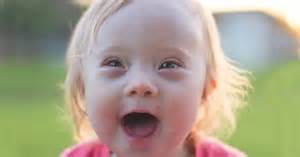 This story really hit home for me because literally two weeks ago, I aborted a baby with Down Syndrome. I was 22 weeks pregnant. Me at 18 weeks, prior to diagnosis

Devastated is the word that comes to mind after this tragic event. We wanted this baby. His name was going to be Taylor. I thought it could never happen to me. I was 29, young and healthy. But it did.

This event has made me question my stand on being pro-life or pro-choice. I value life immensely now. Just the ability to become pregnant and carry a child to term is a blessing. Many women today would love to do that, but unfortunately cannot. However, I think regulating women’s reproductive choices on whether or not they should carry their Down Syndrome baby to term is flat-out TERRIBLE. Think about it…the state of Ohio is mandating women to have these babies, babies who are going to be riddled with development delays and physical disabilities FOR LIFE, but it’s okay to abort healthy babies?? Why not just make abortions illegal then??

One of the reasons why this legislation was passed was because of the anti-abortion movement wanting to give Down Syndrome babies a ‘shot at life’, that their lives are meaningful and worth living. I understand we shouldn’t discriminate people with Down Syndrome or any other mental or physical disabilities, but is forcing women to have these children going to stop the discrimination?? And if you’re going to sign a legislation mandating women to have these children, shouldn’t you be funding MORE government programs to help support these children for the rest of their lives, instead of cutting them??

The state needs to stay out of women’s reproduction issues and let women choose for themselves what is right for them.

I’ll be honest. I don’t want a Down Syndrome child. Life is challenging enough, let alone bringing a child into this world who’s life from the start will already have staggering odds against them. I did the best thing for my child. I am living out the pain so he doesn’t have to.

What is your stand on this legislation of banning Down Syndrome Prenatal Diagnosis abortions? Are you pro-life or pro-choice?