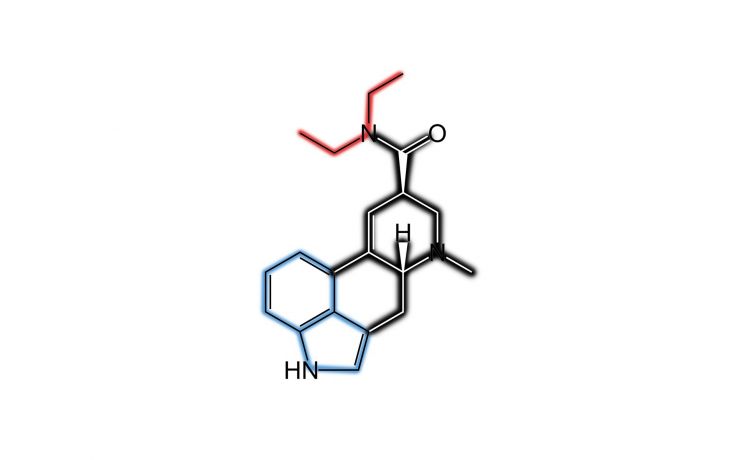 Hey there my Esteemed Steemers, you good?

So, I decided to microdose LSD for one week. Psychedelics have always been one of my most persistent interests and I strongly believe in their healing and intellect enhancing properties.

As most of you surely know, it usually not a good idea to take a full blast dose of LSD 7 days in a row. Unless you really know what you're doing I guess. The story with microdosing is a lot different though:

"In keeping with the received wisdom, those taking LSD microdoses reported a remarkable increase in feelings of determination, alertness, and energy, as well as a strong decrease in feelings of depression. Interestingly, however, Fadiman noted that microdosing LSD didn't seem to work out as well for those who entered the study on the basis of anxiety alone—microdosing LSD actually seemed to increase their anxiety. However, those participants who cited anxiety and depression, rather than just anxiety, noted an overall increase in their feelings of mental wellbeing."

So, as the name suggests, microdosing is about taking roughly 1-25 micrograms of LSD, which is a dose that can have cognitive and mood enhancing effects, but will not influence the mind in any trippy way.

Microdosing is also under the radar of scientists nowadays and studies that try to map out their effects are underway - https://www.livescience.com/59031-microdosing-lsd-study.html

I took my tab, tested it (ALWAYS TEST YOUR SUBSTANCES) with an Ehrlich's reagent - https://dancesafe.org/product/ehrlichs-reagent-testing-kit/

I divided the tab, which in full dose is 110 micrograms, and divided it into 9 pieces. As I went on with my day, started some translating, doing some exercises etc. I totally forgot about taking it. Roughly 4 hours later, while trying to install my new heavybag, I noticed some kind of a slight influence, which I would describe as simply being more patient. Sometimes, I tend to be fidgety, but this time I noticed a bit more of a patient focus. Maybe the LSD, maybe just a focused mood.

Later that day, I came back to writing some stuff down and smoked one chamber from my vaporizer. The cannabis effects were strangely calming but made me focused even more. The first 10 minutes could be even described as euphoric, which is not usually the case with me and cannabis. Most of the time, my first 10 minutes are slightly paranoid, with a doubt here and there, that eventually trigger some kind of an fresh idea about myself or the world around me. That is actually why I appreciate cannabis. It can give me a fresh perspective almost every time.

Anyways, in my euphoric-like, pumped up state, I decided to do a heavybag workout. I am a total beginner, but the flow of movement and the increase in cardiomuscular activity felt awesome. It actually felt so awesome, I tried to train some kicks with my left (weaker) foot. It went pretty well so I decided to go harder and guess what? Today I am officially a limping motherfu*ker. All shall be good though, lessons learned.

Anyways, the light veil of the LSD microdose effect could definitely be felt, and that I mean in a really positive way. Moreover, it felt like my whole body felt finer, not only my mind.

If any of you guys have experience with LSD microdosing, feel free to let me know! I am very interested.

If you read this far, thank you very much and whish a magnificent day! Let's make the most out of it.
Reptr

*I do not encourage anyone to take LSD or any other drugs. If you do, always stay safe, have someone with you and TEST your substances!

I support microdosing with lsd because it has literally marked a line in this point of my life, after trying lsd and smoking cannabis in time to time i started to remove from my life the biggest obstacles i had like alcohol,a toxic relationship, a job i hated, the people around me and now that i literally have a completely different lifestyle i see everything from a different point of view, just as you said more focus,patient hahaha waaayyy more healthy since i almost always bought bad munchies when high on cannabis and i personally feel 100 times happier by microdosing alone rather than killing my body with legal drugs just to hang out with people i dont really like doing stuff i dont really like, give it a try people and have an amazing day :D

Good for you man !