Jagna's Bring Your Own Bayong : Fight Against Plastic Bags

Everywhere we go, plastic items are present in our surroundings. Inside our homes, plastics can be seen in the kitchen counter, the rooms for the newly bought personal items, in thr bathroom where we have placed all the bathroom essentials and even in our garage or stock room where all the items we don't always use or we are about to throw away are stuck.

In my lifetime, I had waken up seeing plastics around me until this day. Specially the plastic bags. It is used anywhere, all over the place and anyway we go, it has been the go to item for any store, wet markets and even the supermarkets. Because of the abundance of this item which has been considered as a light and durable container for items specially in stores, it has caused environmental issues specifically the oceans. Today, I would like to share a topic about plastic and how I am proud about a certain town here in Bohol which had banned the use of plastic bags. 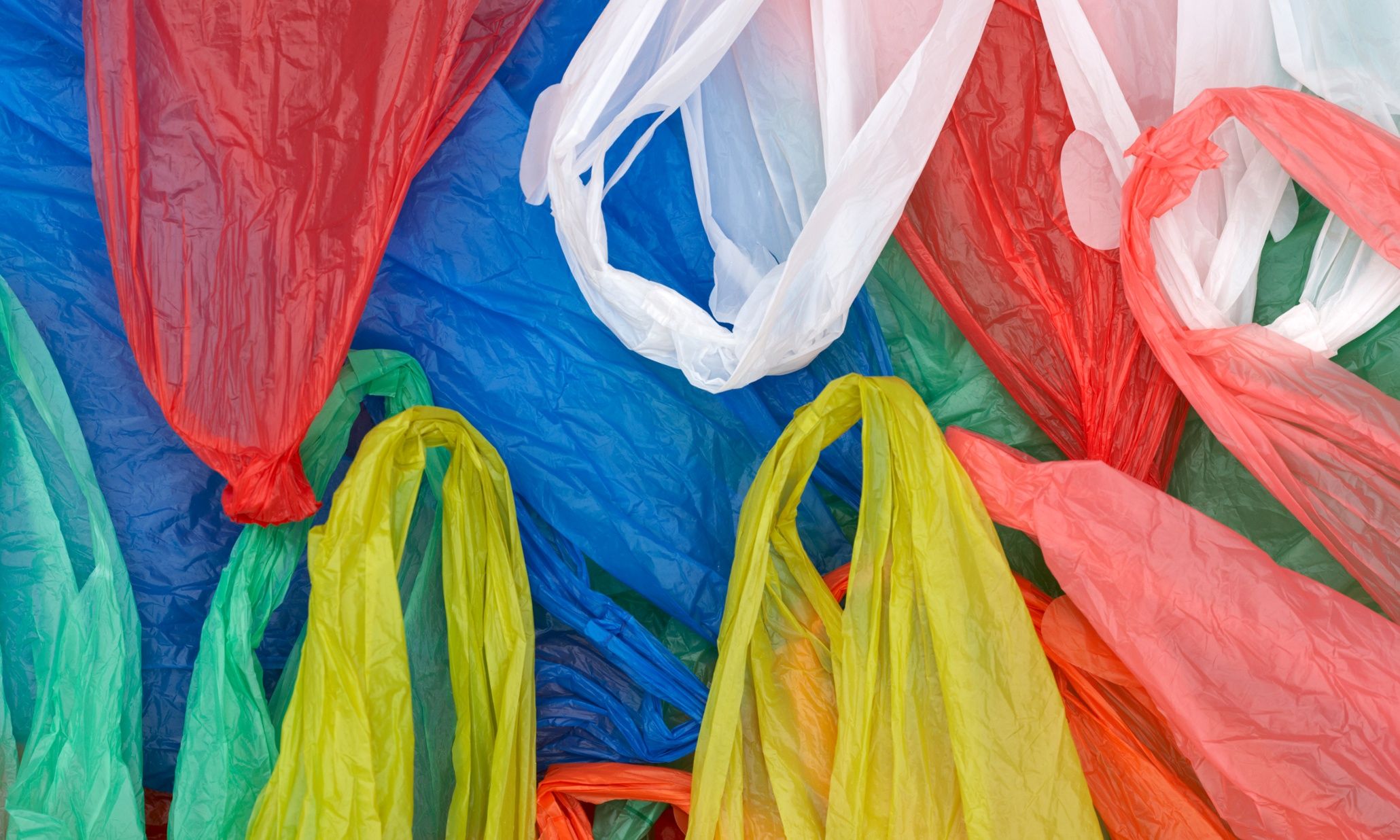 According to Wikipedia, plastic is defined as follows:

"A plastic is a material that can change its shape. Many things are made of plastics, usually because making them the right shape is easy. There are many types of plastic. Some can be shaped only when they are freshly made; then they become hard. Others can be changed by heating them or even by melting them.

Most plastics are man-made; they do not occur in nature. Most are made from petroleum or natural gas. The process of making plastics is usually quite complicated. Most of the materials that are called plastic are polymers. Polymers are long chains of atoms bonded to each other."

In 1965, Swedish company Celloplast came up with the design on which all modern plastic shopping bags are based: a tube of plastic sealed at the bottom to allow for the packaging of goods, an open top to insert such items into the bag and handles for convenient carrying. This model bag, which later became known as the “T-shirt plastic bag,” was made from high-density polyethylene, or No. 2-type plastic – the same used to produce plastic bottles and plastic lumber.

And just because plastics are way way cheaper and lighter, most companies had embraced the use of it for commercial purposes. This made plastic like plastic bags to be mass produced. This was not just for the United States but for the entire world as well. The issue with the usage of plastics is that they are mostly used one time only and after which ends up in the trash bins or worse, to other areas which they shouldn't be there at the first place. This then resulted to an environmental case. 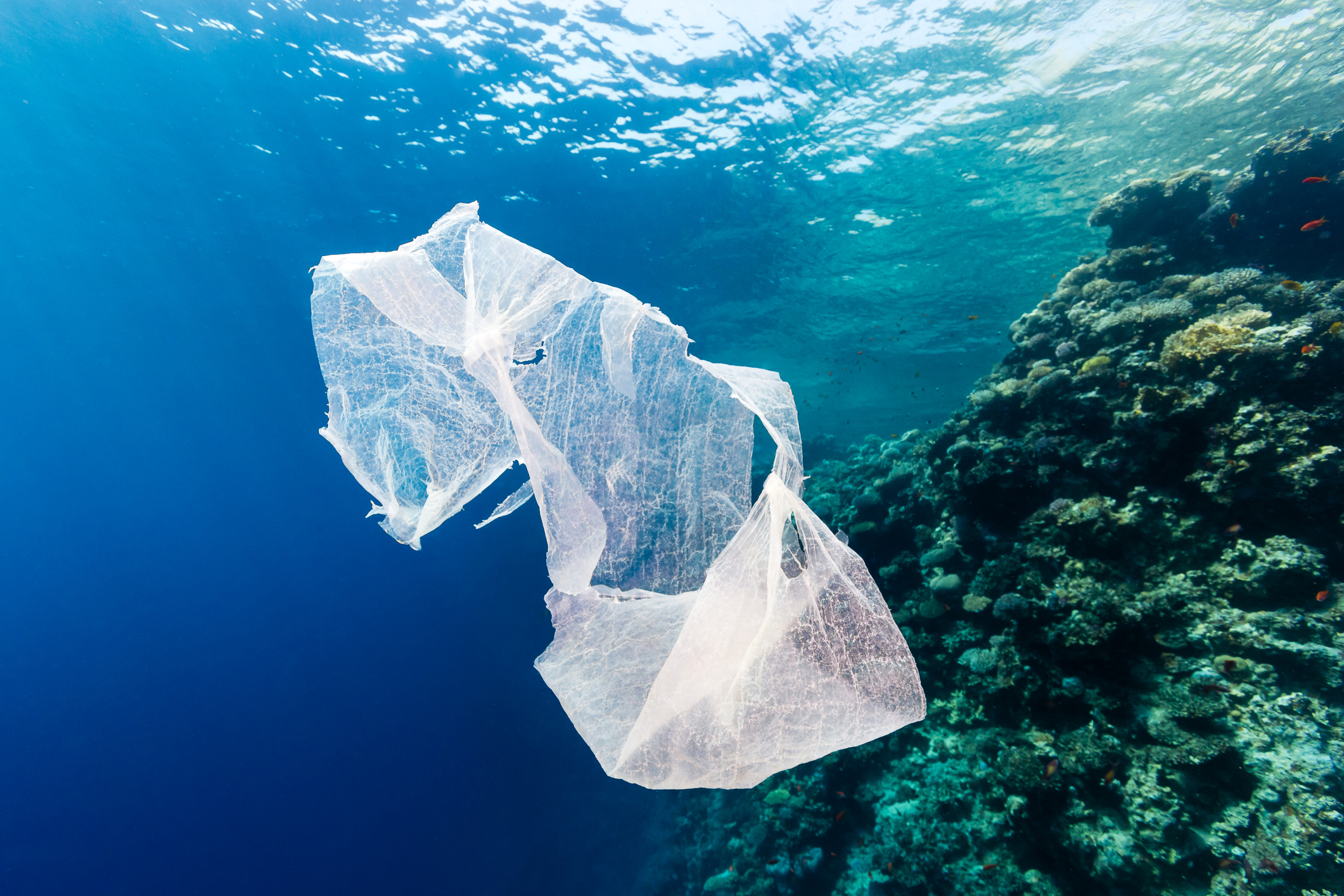 Most companies prefer plastics because of its flexibility, durability and cost efficiency.

The rampant usage of plastics had created a very serious issue for our environment. Plastics are visible and always present in our everyday living. It is used in our grocery shopping as shopping bags. When at work or school, most of our canteens and pantries have them and even in factories and shipping companies, they use plastics for packaging.

These plastics are usually for single use and as mentioned earlier on the previous section, when the use of plastic has been done, it ends up thrown in bins and eventually dumped into landfills. Worse case for those irresponsible ones, they ends up in the roads, in the corners of the street and ocean environments.

Now the issue arrives because plastics takes forever to decompose. Its has properties which takes 2,000 years without being able to decompose itself even if it has been in an environment which decomposes, in short, if the usage of plastic continues to increase in the years to come, a time will come when the earth will be filled with non decomposing plastics.

Currently, based on my own observation in the environment which I am part of, plastics had been the number one cause of flooding in the city area because these plastics had gone into the drainage systems and man holes. When rain and storm comes, it clogs these passages and causes flooding in the city area as well as the non urban part of the province.

However, even if this has been the case where plastics are the number one visible items found on these areas, above that, it is the discipline of each individual that needs to be corrected. Humans have been very used to using plastics that they neglect the proper disposal of these items. 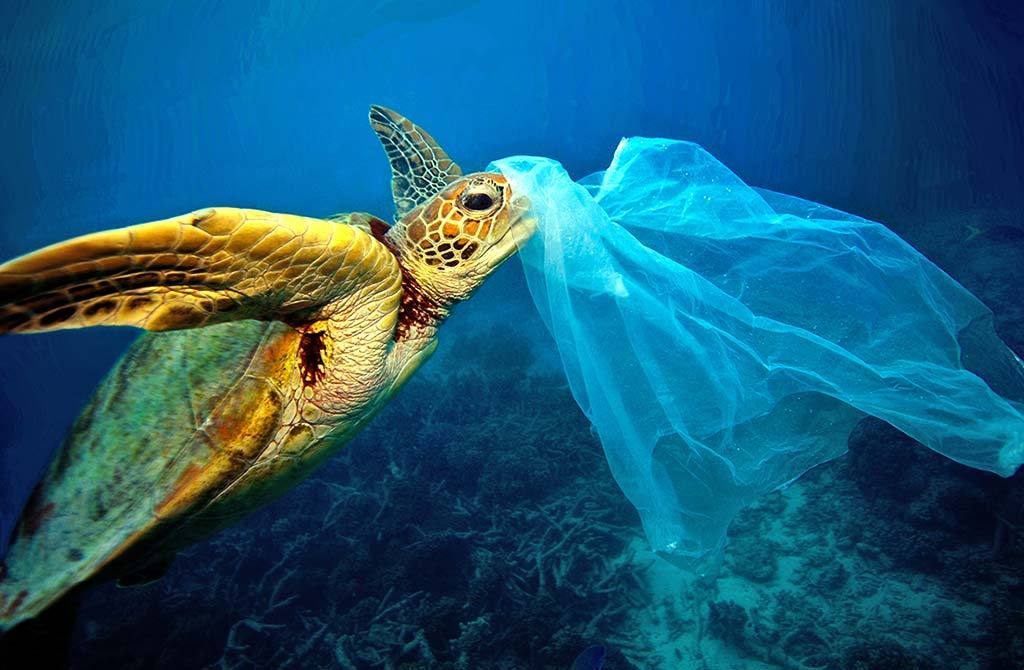 If each individual have self discipline to properly dispose each single plastic they use, may it be plastic bags, plastic containers and wrappers, these problems might have lessen.

Today, the government in the country has started developing solutions in order to minimize the usage of plastic. These are considered baby steps and would help us with instilling the discipline that the country and the world needs.

⚫Jagna's Bring Your Own Bayong⚫

While on our way to Tagbilaran for my first check up after my major operation due to an Ectopic Pregnancy case, we passed by the town of Jagna which was just 20 minutes away from our town in Guindulman and something caught my attention while our car was waiting for the traffic light to turn green.

This was a tarpaulin hanged at a certain visible area along Jagna's main town: These words have been posted in most of the town's stores and establishments and are positioned in a spot where it is very visible for everyone to see so there's no reason to be ignorant about the specific rule.

This post made my day and was very interested in what brought that into action for the local government of Jagna so I thought this is a good topic to talk about in bitLanders so the birth of this blog. So let me elaborate this topic.

⚫What Does Bring Your Own Bayong means?⚫

"Bayong" is a local term for container. It is more of a Tagalog word but it has been also applied in Bisaya sentences because of its popularity. So the phrase bring your own bayong means each individual should be bringing their own container for items that they need to buy in the stores or any other establishments in town or any other place inside the perimeter of the town of Jagna. 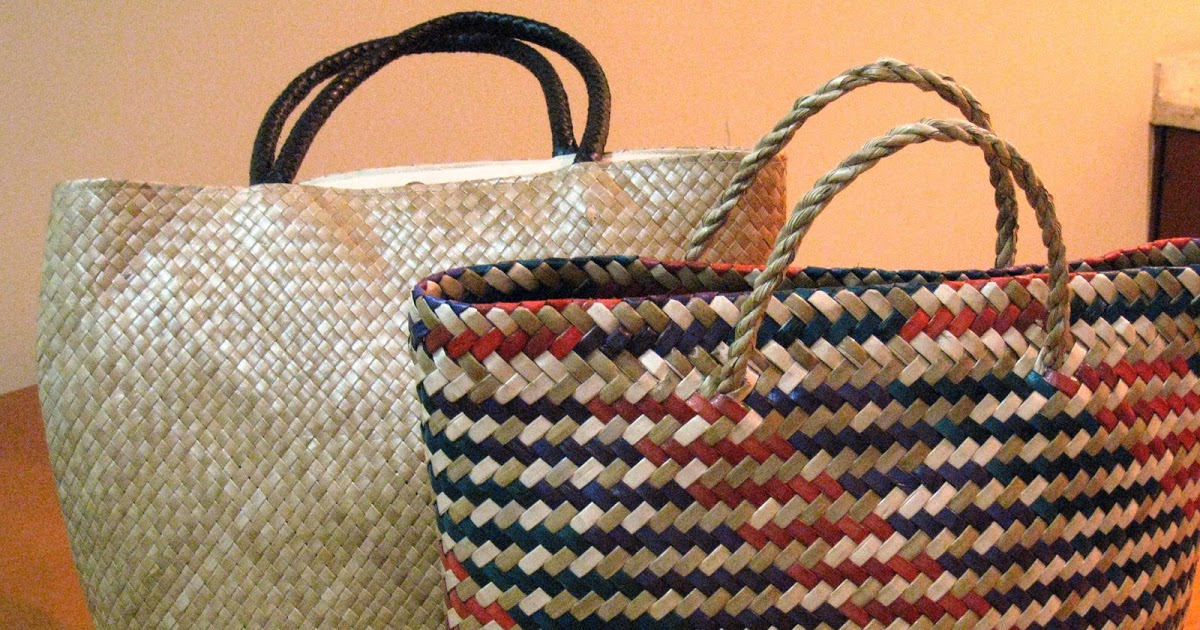 My sister in law's family has a Ready to Wear (RTW) business in the main town. My brother, @jjeeppeerrxx-nartleb also has his own Network Marketing business. Both of these businesses are located in the main town of Jagna and so when this resolution was approved, they have to make their move to ensure that they won't get fined. Certain eco bags are available for the consumers to buy from the stores which somehow costs a lot while there are recycled paper bags which they had personally made so the consumers don't have to shell out cash for the containers while most consumers now has been encouraged to bring their own bags and containers to ensure they won't pay for anything when shopping.

I found some information from the Jagna government's website that states:

The Municipality of Jagna launched Municipal Resolution No. 4-01-2011 “A Resolution Encouraging Buyers and Sellers of Groceries and Other Commercial Items to Refrain from Using as Their Containers – Any Kind of Plastic or Cellophane Bags Which Are Non-Biodegradable”.

A need to minimize generation of solid waste was seen as an immediate answer to this problem. Plastic bags were observed to be the major contributor of the collected solid waste by the ISWM. Thus, a proposal was made by the Technical Working Group (TWG) to start using baskets, bayong and or any reusable containers when making purchases at the Jagna Public Market only during Wednesdays for starters. "

I didn't know that this action was started on 2011. I guess the previous administration was able to start it but never really able to continually apply the said resolution.

However, in May 2017, the Jagna Local Government Unit started a new and launched the implementation of the Market Code Law again. A launching parade was conducted and that made the BYOB resolution to be strictly implemented starting on June 1, 2017. Certain penalties awaits to those who don't follow the rule.

I tried to look for the official declaration on the fines and penalties for those who do not follow these certain local government resolution or also called market code. But I couldn't locate it from the Jagna website. So I learned about the penalties through my sister in law who has their RTW business. 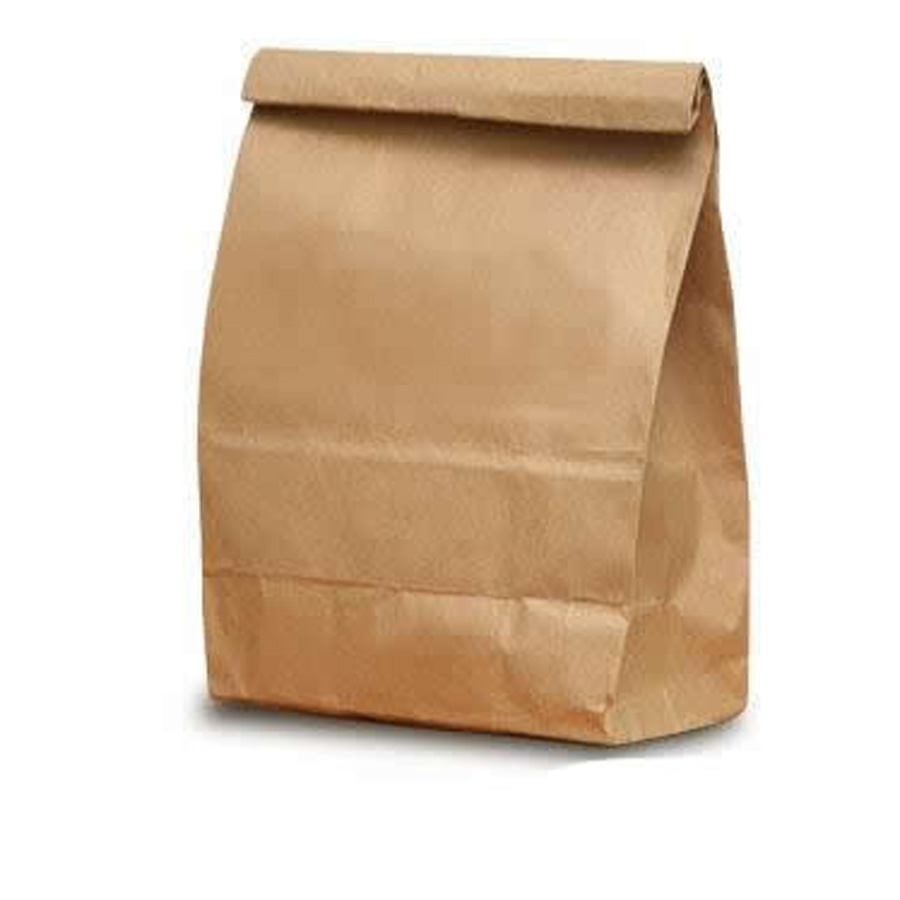 As per Gecell, town officials are roaming around the town market and other places in area and if they caught someone, a consumer per se who is bringing a plastic bag, they'd be questioning the individual. This person will be fined for a certain amount and then the pointed establishment will be given its first warning and penalty of Php 500.

In the second offense, the establishment shall receive its second warning and fine of Php 1000. The third and last offense is cancellation of business permit and the establishment is forced to close its store or business. The penalties are definitely serious and so each business owner had been true to this law so when we were in Jagna, I never saw anyone bringing a plastic bag in the streets even those calamay vendors.

This is indeed a good way to start eliminating the usage of plastic bags which has a huge help to the environment. Each town should apply the same and I do hope the cities too. Although Cebu City had implemented this, it is only for Saturdays. It would be a difficult move but definitely worth it.

Hope you learned something about this blog. God Bless

thanks for your appreciation.