Eating glyphosate daily is not a good idea for sure, yet we are! who´s is to blame ? FDA, EPA and the EU department of agriculture? perhaps.
This post is intended to open your eyes to the health dangers of glyphosate, the company Monsanto and the corruption surrounding it as well as the ecological damage and the human lives lost to bad harvests.

Most of our genetically manipulated crops have had glyphosate resistance inserted and is being dosed with glyphosate multiple times in their short lives. Both while growing and while drying after harvesting. This is in everything by now, over 60% of the world's crops and nothing else can grow after using glyphosate, since non manipulated seeds lack immunity and it stays in the ground and water.

When Monsanto created the glyphosate resistant crops and the herbicide round-up( yeah that's why we call it round up ready crops ) it was said that humans can't metabolise glyphosate, which is true, but the microbes in our intestinaltracs can! 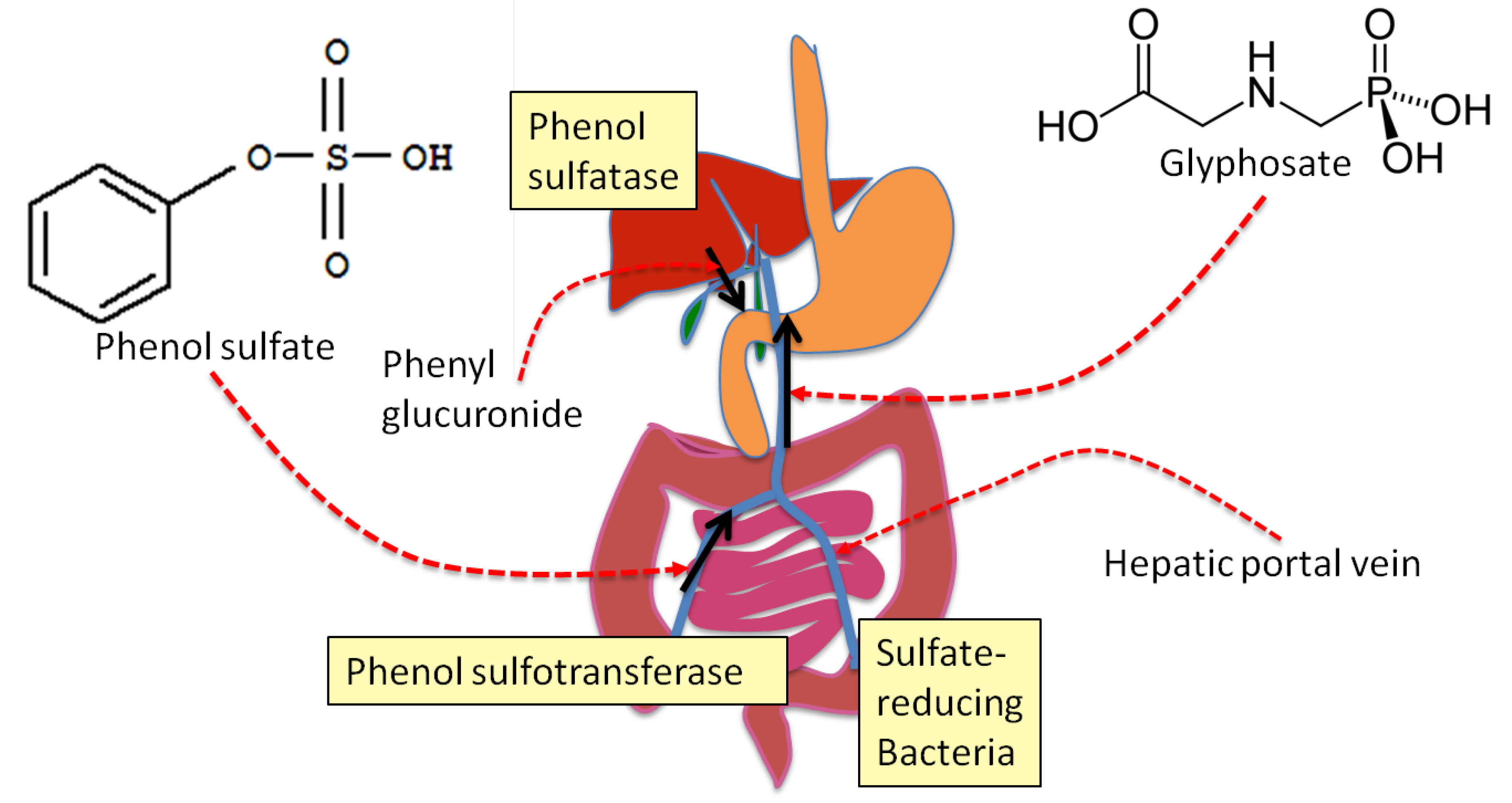 This will have repercussions on the enzymatic activity and lead to toxic build up in the gut.4
I encourage you to read the work of Stephanie Seneff1 from MIT, who did a 5 part series on different diseases and how they are linked to Glyphosate. She has linked glyphosate to cancer progression, neurodegenerative diseases,gluten intolerance and many other diseases. Check it out here:

It was said that glyphosate will not be stored in water or the ground but be degraded fast leaving no harmful traces, which is definitely NOT true. High levels of glyphosate have been measured in water and soil samples all over the world. This kills of microorganisms which are very important for soil health, and when it starts leaking3 to surface waters it becomes hard to contain2.

This will have a huge impact on our ecology as well, when regular weeds go extinct and glyhposate immune weeds spread out over the farming areas. This shifts the natural balance and spreads to surrounding areas. Many ecological farmers have had their crops destroyed by glyphosate, forcing them to sell their crops as regular crops loosing alot of money or simply burning the crops. I took untill 2011 for the first farmer to be convicted in USA, forcing him to pay a fine to the other farmer, who got the crops destroyed, sadly not much have happend since. https://www.pioneer.com/home/site/us/agronomy/library/glyphosate-resistance-in-weeds/
Here we can see numerous resistant crops all over america!
God job on the map and a solid article on the ecological footprints created by glyphosate, Thanks.

Glyphosate started being used around 1991 in southern america and it took 5 years until many resistant crops grow and the glyphosate strategy failed.
How did they solve this you ask ?
By adding strong chemicals to the mix, making glyphosate penetrate deeper in plant cells. This has been pumped up ever since and round up is extremely toxic to date.
If the farmer want to stop growing the patented GMO seeds from Monsanto it´s a no no, i tell you this much, after a few years NOTHING else will grow!
The seeds are used all over the world, as much in asia as EU / USA, and they are expensive as FUCK, forcing e.g indian farmers to take on DEBT only to start growing the seeds and this is where it really goes south.
If the farmer who had to lend money and buy seeds, suffer a single failed season he will be dead. No way to get more seeds, no other seeds will grow so he can't grow what he used to, this has lead to numerous suicides in poor countries.

So how did glyphosate even get legal to use as a herbicide ? No surprise here that it was the FDA who let Monsanto, yes MONSANTO, the creator of the GMO seed do their own health study on it, which is profoundly wrong since the FDA didn't do their own research, not even verifying Monsantos, simply took Monsantos word for it being safe and non cancerogenous. Monsanto conducted a 3 month long trail on mice, resulting in no heightened levels of cancer and since the seed is patented no one else can legally research it and publish the results…
Anyway a french scientist has conducted a 6 month trail , leading to massive cancer progression in the same modell system, mice. This was published as well but nothing happens. EPA did not stop this earlier and might let this go on, indefinitely, unless we protest! 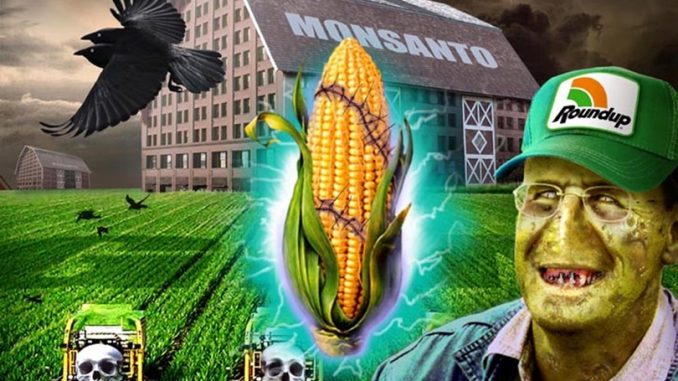 https://www.ecowatch.com/monsanto-glyphosate-cancer-2437065144.html
Nice article summing up the history of how glyphosate made it through trials as a herbicide, and thanks for the pic :).

Eu was gonna ban glyphosate in 2015, giving it a last 6 month period while accessing the cancer risks, nothing happened, off course, they no power simply listens to the big money from Monsanto and the farming & meet industry.
in oktober 2017 another round of looking into banning glyphosate has lead to.. nothing! promises of decisions in nov, dec, yeah nothing. In europe there is a list being signed by citizens and its over 1 million names long already, deemanding glyphosate to be banned. To what success thou ? none this far, but we will see how long the agricultural industry and monsanto can keep bribing these so called politicians(cunts) in the EU parlament and USA´s officials of the Food and Drug administration department & EPA, who let this happen in the first place!

Join the awaken, stop killing your body with glyphosate, protest on!

If you want to avoid glyphosate, be sure to eat crops that is not sprayed with herbicides and if u do anyway avoid the round up ready crops at least! 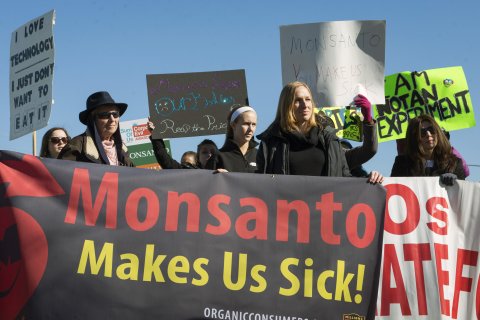 @Monsanto please just liquidize your company and use the cash for saving the soils and waters you destroyed, since
the compensation of lost lives is harder.

Submit
$0.02
7 votes
3
Authors get paid when people like you upvote their post.If you enjoyed what you read here, create your account today and start earning FREE STEEM!
Sort Order:
[-]
steemitboard (65)  ·  2 years ago

Congratulations @clausewitz! You have completed some achievement on Steemit and have been rewarded with new badge(s) :

The @OriginalWorks bot has determined this post by @clausewitz to be original material and upvoted it!