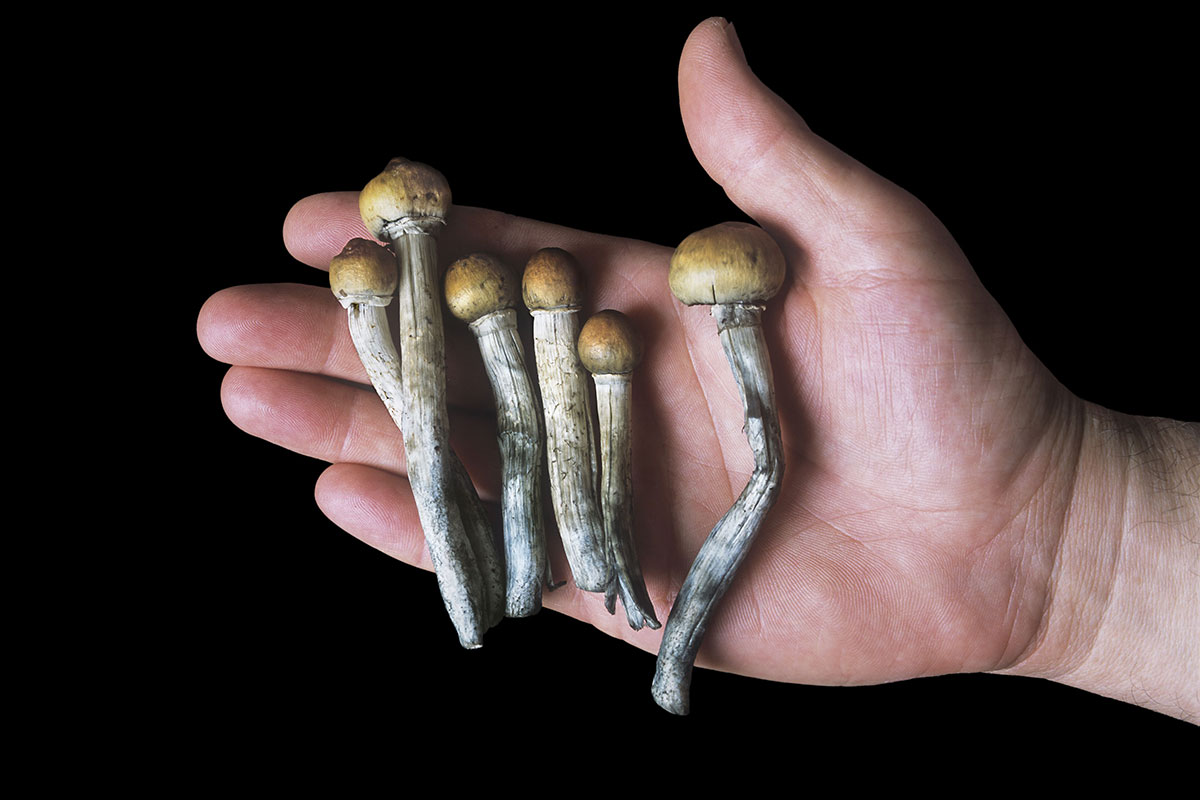 If you take a little trip into the world of Magic Mushrooms you will find that they are becoming more common place amongst those who want to have a peek behind the veil of reality.

Every YouTube video and every article is starting to point out the amazing benefits behind these little psilocybin filled vessels. It’s even been speculated that maybe this type of fungi comes from outer space. (I’m super serious.)

There have been studies done at prestigious universities on people who ingest these mushies and they have supernatural experiences. People say they have a more clear understanding of what God is. If you are the type who does not subscribe to God as an entity, you’re not out of the game because they report simply having a better understanding of the creator altogether.

Are these people crazy? Who would embark on such a journey?

I would and I have. I’m one of those people who isn’t buying into what is being sold on the radio and television. In fact, I don’t own a television at all. There is no need for me to have extra noise inside of my sanctuary. Besides the television is full of someone else’s version of reality and not my own.

There was a time in my life when I was full of anger and every negative emotion you could think of. Being raised as a lower middle class child didn’t do a whole lot for a person’s self esteem. The grander vision for creating new worlds was probably frowned upon and the future was looking bleak.

At what could be the pinnacle of the dark night of the soul I was at a friends pool party having way too much fun and even more alcohol.

I was passed out in one of the bedrooms and she shoved a decent amount of magic mushrooms into my mouth. Of course I woke up startled all I heard her say was “Chew it. It’s magic mushrooms.” Before I could think of a response I started chewing.

I remember almost 2 hours later I was sitting outside on a chair and I started to feel very light. The only way I could describe it is that a could feel clean energy from a few galaxies away gently washing my energy field as if I was laying in a stream. Within minutes, all the worry, anger and confusion was washed from my energy field.

It was a miracle. I was recreated and things have never been the same since that day. Never again did those old negative energies come into my reality field.🙏🏼🤯🤩

Flash forward almost 10 years and I’ve become more scientific in my approach. I’ll go years without ingesting those little teachers and then they’ll pop up at just the right time to show me more.

A New Protocol is Revealed✨🧠📈

Through the fabric of reality emerged the term “micro-dosing” and so the research began. From all of the information out there it seems that brain function and blood flow to the brain is heightened through very small doses of psilocybin. You wouldn’t take enough to cause any type of hallucination but only enough to get the positive benefits. One could still function in meetings, exercise and regular day to day activities.🤔

This seemed like the ultimate life hack. Once again I was reunited with these tiny teachers from outer🍄👽space.

I started expiremwnting with doses anywhere from .05 - .3 grams. It seems that somewhere around the .05 - .1 mark is where I get the most benefits. Anything beyond that makes reality a little too distorted for my taste. My work requires that I am sharp and on point. Beyond .1 can get a little fuzzy/sloppy.

I found that I was more energized, in a better mood, identified only positive outcomes and I was a lot funnier.🤷🏻‍♂️😂 My jokes were elaborate, clean and crisp.

I eventually ended the microdosing trials since I noticed that while increasing happiness and creativity my overall drive suffered. I was less likely to go out and find new business and close deals. I’m naturally a very driven person and I LOVE marketing, sales and closing. It seems that maybe microdosing in smaller windows or maybe 1 heroic dose once or twice a year might better suited to my lifestyle.

Maybe the magic mushies aren’t as beautiful as they are being painted to be.🤷🏻‍♂️🤔😅 I’ve been researching about microdosing LSD. I’ve seen the brain light up like a Christmas 🎄 and from what I gather at micro doses there is no potential for any kind of brain damage or permanent effects.

What about you? Have you had any magical experiences with teacher plants or other psychedelics?

What I can’t figure out is why alcohol is legal when we know for sure 100% without a shadow of a doubt that it kills more brain cells than any other psychoactive drug.🤯🍻📉🧠🍺

Excellent post brother.. I’ll be searching for a reset soon. A Heroic dose it will be!!! Keep On Steemin On!!

Thank you sir!! Glad you and I connected on this planet.💪🏼🤖🙏🏼🤖♻️🍄📈Thanks for introducing me to Steemit and for being my crypto mentor!

You’re very welcome. I hope it helps!! I want people to know depression is real and there is a cure.😃

Great post. I'm a huge advocate of Shroom healing after listening to Terrance Mckenna. I would do it if I could find it.

I have done four rituals with San Pedro (affectionately referred to as the cousin to Ayahuasca), it's legal in the US, and I had some beautiful spiritual experiences. I have yet to experience an ego death, though.

If you really want to accelerate your awakening, investigate Ayahuasca. If you can't get down to South America, you can find a legal Aya ceremony in the States via the Santo Diame church (I do not advocate these parties where they experiment with it, you have no idea what you are getting and I do not advise doing it without a shaman or spiritual advisor that can walk you through a bad trip, should you have one.)

Message me, if interested, and I will tell you the location. The Santo Diame do not advertise as they had to fight the government for the right to perform the ritual, and the government is looking for any opportunity to shut them down. So they try to keep the thrill seekers out as they might do something stupid and draw negative attention and get them shut down.

Tons of great research emerging these days on this subject. I love that more people than ever are becoming aware of these sacred healing plants. Keep spreading the word. Thanks for posting!

Oh, by the way, 1p-LSD is legal in the US and acts the same as LSD when micro-dosing for energy, alertness and focus. It helps me with writing my books. You can find it on the web.

Ok double whoa to both of your comment posts!!!!🤩🙌🏼♻️ I had San Pedro Cactus for a while and had everything ready before some major life changes so I never had a chance to meet that teacher.

All in the perfect timing of the universe.🤷🏻‍♂️😌

Psilocybin has taken my life to a whole new level. I just want to keep researching and see the other things running in the background.

I’ve come across the 1p-LSD online and hesistated for 2 reasons. I was curious about the legality of it and if it had identical effects or are they similar to the real stuff.

I don’t plan to “trip” at all. My goal is prob similar to yours. Heighten experiences and creativity.🙌🏼😍📈🍀♻️

I'm glad Psilocybin has helped you. I hear it's helped a lot of people. It seems more and more experts and academics are talking on the subject than ever. Which I find exciting. The more people that take these medicinal plants with respect to its true nature, the more healing we as a species can experience and ultimately return to our true nature.

There is a new business platform, maybe you have heard of it, called Third Wave and it's about educating people on micro-dosing LSD to better enhance creativity, production and focus. They have an informative community and newsletter to help one become fully educated before trying it. https://thethirdwave.co/ My best to your journey!

I just checked out thirdwave a few days ago and went ahead and sourced the 1p.💪🏼🤖💡📈 Thank you for the information. I’ll keep you posted on my progress. You rock!🍀♻️📈

Awesome! Yes, let me know how it goes.

Anthony, here's another good resource to keep on hand. If you're on Fb you can follow their page and get a lot of info on legal issues, research and more. Multidisciplinary Association of for Psychedelic Studies
http://www.maps.org/