Fantastic benefits for "Black Lemon" will make you take it !! In Iran, Iraq and all the countries of the Gulf, there are delicious little "lemons" called "loomi" . They are also called "loomi omani" or "wild lime of Iran".
Their Iraqi name, "noomi basra", is due to the fact that the limes arrived in Iraq from Oman or India via the port of Basra, the only Iraqi port in the Persian Gulf.
It is in the Sultanate of Oman that the drying technique of the limes was developed from where their name of "loomi omani".

WHAT THE LEMON BLACK OR LOOMI? "Citrus aurantifolia" is one of the most easily reproducing citrus fruit because it does not need to be transplanted and you just have to plant its seeds to get a lime and limes after five years of patience.
Limou are tiny "lemons" of round shape and thin skin. They have a beautiful fluorescent yellow color and a delicate taste because they are not very acidic. They are still eaten green. Developed in Oman, dried black lemons have become essential ingredients in the cooking of Iran, Iraq and all the Persian Gulf states. They are sometimes found in some recipes of North India.
It's really a basic spice in the Middle East, king of the souks, by the way, when I met him for the first time and I asked the seller what it was, I had the right to a great burst of laughter, so much is a common condiment.
Its Iraqi name of "noomi basra", "lemon of Basra", comes from the fact that the dried citrus fruits arrived in Iraq from the Sultanate of Oman by the only Iraqi port of the city of Basra.
Indeed, loumis come from the Sultanate of Oman, a country where the technique of drying the little black lemon was developed.

WHAT ARE THE BENEFITS OF BLACK LOOMI FOR HEALTH? Black lemon contains a large percentage of vitamins, especially vitamin C and vitamin D, as well as a high proportion of minerals and the most important elements of calcium and potassium. This lemon is called "Lom" and can be used by boiling a quantity of lemon in water and water. India and Iran are home to black lemons. It is used in the preparation of many dishes because it has a distinctive flavor. The value of lemon food makes it a cure for several diseases, including:
1 - Heart: Studies have confirmed that Lome is very useful to the heart muscle, where it strengthens and also addresses heart disease by reducing the incidence of heart palpitations and regulate the process of pumping blood.
2 - Natural disinfectant for toxins: Lome is useful for detoxification in the body, because it has several properties against bacteria and harmful bacteria, so it is a natural cleanser of the digestive system, which collects all toxins and harmful waste and then expelled from outside the body.
3- Prevention of bowel disease: Lumi contains a high percentage of vitamin C used by the intestine for cleansing. For this purpose, you can prepare a glass of carrot juice rich in vitamin A and black lemon juice and take it to clean the intestines.
4 - useful after birth: Black lemon is one of the richest foods with vitamins and nutrients necessary to compensate women health nutrition and elements lost during pregnancy. Where vitamin C works to raise the efficiency of the immune system in the pregnant and protect them from inactivity and fatigue and increase the physical capacity to be able to take care of her child after birth and be healthy.
5 - Health: Black lemon is added in the dishes to obtain vitamin D and vitamin C and calcium, which are the most important elements to strengthen the muscles, and prevention of osteoporosis and strengthen the teeth and avoid inflammation, and black lemon contains riboflavin It is a very important material for the brain, it strengthens its functions and increase its activity, and doctors advise to eat black lemon to open the appetite.

The drying methods of "lemons" In the Middle East, traditionally, limes are drying.
There are two kinds of dried "lemons": black "lemon" and yellow "lemon".
They are of course found in all the souks of the Middle East but also in the oriental grocery stores. The "loomi" is also eaten fresh in lemonade, refreshing for the summer, and in which it will be useless to add sugar.

How to consume dried lemons? 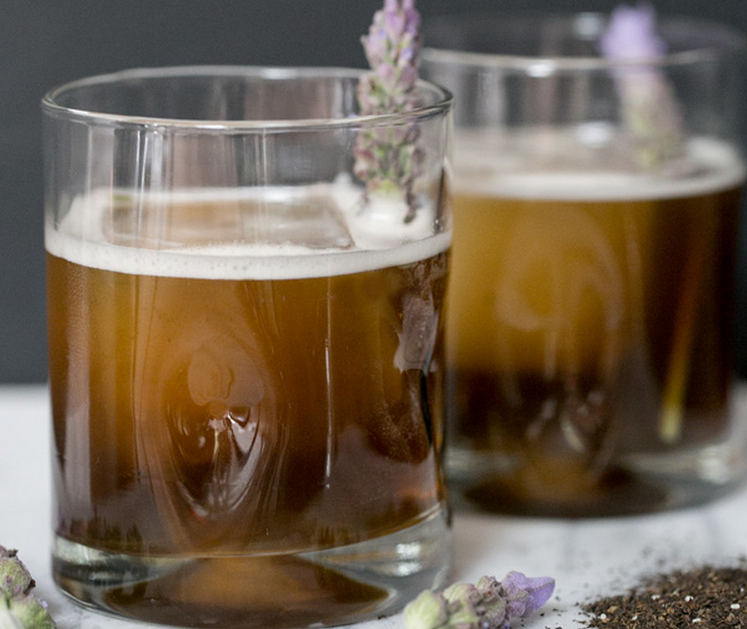 Dried "lemons" are used to flavor tajines and other stews, soups, fish, grilled meats or vegetables.
They can be put directly into the cooking water of rice, chickpeas or lentils.
Their flavor is more subtle than that of candied lemons: they give a slight bitterness to the dish. We find the fragrant notes of bitter orange and orange zest.
The slight fermentation of the fruit, which preceded the drying, increases the richness of citrus perfumes.
To consume them, just crush them and put the pieces in your dish. In contact with the liquid, the pieces become tender as desired.
In some families, they are cut in half and the central hard part is removed before using it.
In others, they are left whole after having just planted a knife through them to pierce them.
In some recipes, the center of the lemon is crushed to be added to the sauce. The outside is used in other dishes.
You can also go to the electric coffee grinder and use it to flavor cakes, sauces or grilled meats.
If you do not have a grinder, crush them finely by placing them in a plastic bag that you will flatten under a rolling pin (or a glass bottle). Count a lemon for two people initially, then increase the doses ... The only problem will be not to find an excuse to put everywhere :)
In Iraq, in the south of the country, we make it a sweet honey drink.
This drink is called "chai noomi basra" or "chaï hamudh", which means "tart tea". For the drink, which is hot or fresh (in summer) is less bitter, it is imperative to remove the seeds beforehand because in fact it is a decoction.
Boil the water (1/2 liter) and lemons (2 pierced lemons) for about 15 minutes, before filtering and consuming, hot or cold.

HOW TO USE BLACK CITRONS DRIED IN KITCHEN? They can be used whole, in pieces or ground.

To reduce them to powder: cut them in half, remove all bitter pips, and crush the black lemons in a coffee grinder, mortar or blender until a fine powder is obtained. If you do not have materials, put them in a plastic bag and tap with a rolling pin or whatever.
Do this at the last moment, because the file quickly loses in flavor and properties, so avoid buying it already ground.
Powdered, you can put it anywhere, it's probably the easiest way to use it. It is added at the beginning, middle or end of cooking to preserve its aroma. Count one teaspoon per person.
Traditionally, it is used to flavor soups and stews in Arab countries. This is the seasoning of the Iranian dish Ghormeh sabzi, a lamb stew with spices, or Thareed Laham, a layered flatbread with lamb stew.
In India, it is sprinkled in rice cooking water, vegetables, and is used in the composition of the pickle lime.
In Iraq, we put in all dishes, many drinks, and especially in pranks.
In Turkey, it is sometimes used instead of sumac, the two spices having common flavors.
Add in all your sauces, dishes in sauces and other marinades. I appreciate very much the dried loumi in the kitchen of the sea: all types of fish and seafood, salad of sea urchins, sea shells, tapas, scallops, oysters, mussels, clam, squid, shrimps and prawns, bisque, lobster, langoustines, etc.
Dried loomi is also great for seasoning white meats. As such, it replaces very well the combawa or lemongrass chips. It is therefore used very well in Creole cuisine.
It is a condiment that seasoned Maghreb cuisine wonderfully: in spices for couscous, spices for tajines, pastilla, etc.
The lemon black is perfect to give flavor to your pan-fried vegetables and your legumes dishes, either sprinkled at the end of cooking or in the cooking water: cowpeas, beans, fenugreek, beans, red and green beans, red beans , lentils, peas, tofu, etc.
Like all citrus fruits, dried lemons are also used in desserts.
They combine perfectly with fruit: fruit salads, jams, marmalades, baked apples, oranges, syrups, strawberries, pineapples, etc.

USE IN WHOLE OR IN PIECES Whole or in pieces, it must be used in a liquid to rehydrate: sauce, cooking water, stew, drinks, etc. In contact with the liquid, the lemons become very tender.

Several ways to do:

In Iraq, they are used whole to make "chai noomi basra" or "chaï hamudh". Drink hot or fresh, this drink is prepared by infusing 2 pierced black lemons in 0.5 l of boiling water for 15 min, then sweetened with honey.
We also make lemonades.

Great job on all your posts, am reading through them this afternoon while being sick with the flu in bed and it is very soothing, thanks so much for all the hard work

This post has received a 0.16 % upvote from @drotto thanks to: @banjo.

Thank you my brother for the support and your advises :)

This wonderful post has received a @aek081969 11.14% upvote from @mrswhale. Discord Channel: https://discord.gg/XG4y3mg Be sure to vote for witnesses at https://steemit.com/~witnesses