Social network STEEMIT is preparing for a new hard fork

Three months ago, in the decentralized social network Steemit, a hardcore was performed, changing its economic model. This was done in the hope of reversing the steady trend towards a drop in the STEEM currency rate, which is used for intra-network settlements and withdrawal of funds. It was not possible to do this. After a brief increase in the rate immediately after the hard-core, the STEEM drop resumed.

The fall in the STEEM course was one of the consequences of the hard-core and was expected in advance: Since the time of the withdrawal from the STEEM POWER tokens system (STEEM, which is on users' accounts in the form of shares in the Steemit network) was reduced from 104 to 13 weeks, large amounts of liquid STEEM, owned by "whales" (large holders).

The developers hoped that the "whales" would not sell STEEM in a falling market and thus the fall in the rate would be suspended, and the market would find a new equilibrium, taking into account the arrival of new users. But these hopes were not justified. The process of turning STEEM POWER into a liquid STEEM is called Power Down. Below is a diagram of the cumulative Power Down for January - February, taken from the @aleqssteemiter user account. 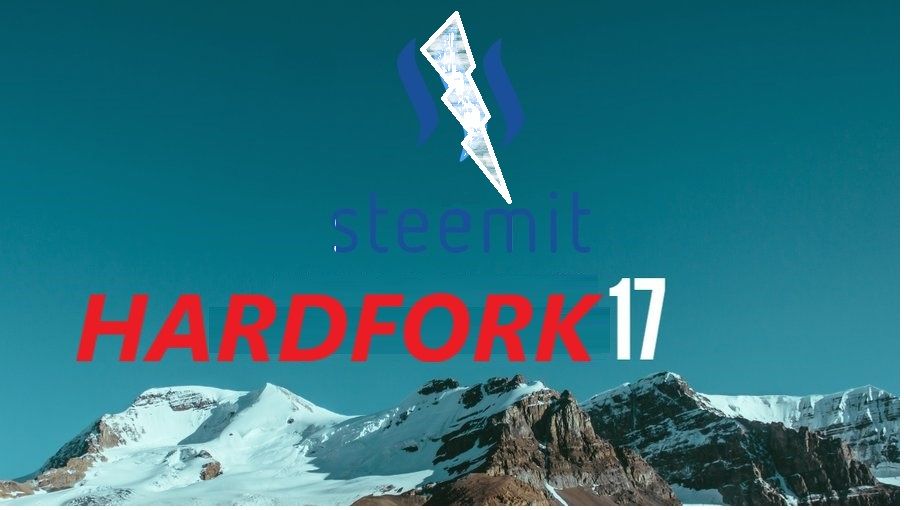 The drop in market capitalization of STEEM directly affects all participants in the social network. In the Steemit system, payments for posts and comments are made from a common pool of rewards, the amount of which almost linearly depends on the total capitalization. So, with the current capitalization of about $ 21 million and the STEEM rate of about 0.09 dollars, the pool of rewards from which daily payments to authors and curators are made is about $ 7,000 in STEEM, which are distributed between 1,400 posts and 5,000 comments.

And this distribution is extremely uneven: payments are proportional to the square of the number of stakes (STEEM POWER) of the participant, so the lion's share of even such a small amount goes to the "whales". All this in no way contributes to attracting new users and even retaining existing ones.

The new hardcore, scheduled for March 14, includes a number of changes that community members hope will overcome negative trends. Discussion of innovations lasted more than a month. It's interesting that in the discussions, unlike the last hardcore, the founders of the Steemit project - Dan Larimer and Ned Scott - hardly participated. Formally, they propose changes, but for the implementation of the hard-core it is necessary to approve these changes by the majority of "witnesses" of the Steemit network.

A quasi-linear scale of payments is introduced. In the current version, the reward is proportional to n ^ 2, where N is the number of participant SP. In version 0.17, the reward will be proportional to N ^ 2 / (N + c) ^ 2 (c is a constant number). This means that remuneration is redistributed in favor of small and medium-sized participants. "Whales" will still have an advantage, but it will decrease - the new scale at large N becomes almost linear, instead of quadratic. The non-linear sharp growth of the curve for small N is due to the defense against "Sivilla attacks".

Instead of the current rule for payment terms - after 24 hours (plus minus several hours, depending on a number of factors) hours after publication, and the next window only after 29 days, a single period is introduced - 7 days from the date of publication, both for posts and for comments.

Separate reward pools for posts and comments are introduced. In the current situation, comments receive only 2% of the reward for content, despite the fact that the comments are much more than posts. It is assumed that now the remuneration pool of comments will be 38% of the pool of content awards. This innovation is intended to stimulate the emergence of discussions.

The restriction on the maximum number of posts per day is removed - before that, a maximum of 4 posts.

The depth of comments was increased to 255. Previously, 1 branch consisted of up to 6 comments.

Mining PoW will no longer be. Now the consensus of the STEEM blockbuster is pure DPoS

A complete list of changes can be seen on Github.

HardFork 17 is informally called KI.S.S (Keep It Simple Stupid). The developers say that its main goal is to simplify and make the rules of participation and payments as clear as possible for all, and also to reduce the level of inequality of participants.

At the same time, completely outside the framework of the upcoming hardcore is the problem of voting bots. In the comments, developers and witnesses note that Steemit is positive about automated voting. The result of such a policy can be seen at the bottom of any post Steemit, which indicates the number of views of the post and the number of upkeeps (likes). On average, these figures differ by more than 10 times, which means the number of bots at least ten times the number of "live" participants. It is not clear how this is consistent with the statements of the founders of the project to create an economy of attention in which economically motivated users, in turn, motivate other users to create high-quality content.

However, we should not forget that the Steemit platform is in the beta stage, and according to the results of the research, it will be possible to expect new modifications of the economic and social system. At least in the ecosystem of blockage Steemit still has no competitors. The only developing project - Akasha on Ethereum's blockbuster, is at the stage of the test network, and it is unlikely that the release of the working version will occur before the implementation of the Casper protocol - after all, every action, be it apvot, posting a post or comment, is a transaction, and even in a test network consisting of 500,000 units, each transaction, with the current PoW consensus, takes about 12 seconds.

Maybe they have a time machine?

No, this is apparently well researched, and original material meant only to educate people on the upcoming HF17. Jeesh, Did you think this was just copied? Silly Muxx.

Very informatie post! Upvoted! It;s true and a reality: the platform steem needs changes. Hope it will be better and more easy to use...! Have a nice Sunday!