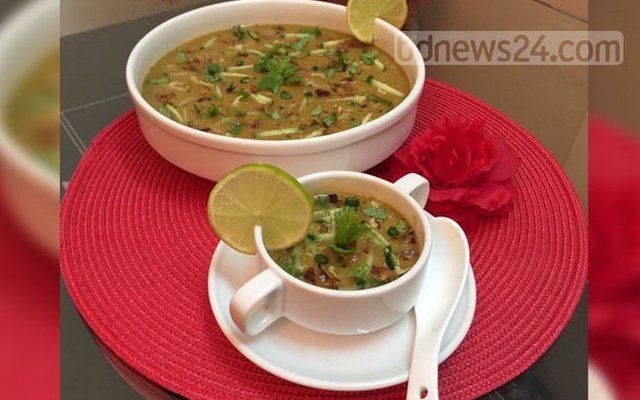 Halam made of houses is different.

All spices should be powdered.

Method: The pulses should be soaked in water for four to five hours and softened with blender.

If the oil is hot in the pot, then after the onion cut, then add ginger and garlic paste and add the amount of salt and some water to the spices.

Taste the meat with a spicy meat once again.

If the meat is kneaded, then add a few pieces of banana to the water and add some more water. Water should be given to such quantity so that the meat and pulses are soaked. So you have to give a little more water.

After some time you will have to burn down so that it does not burn. Medium must be cooked for one to one and a half hours or till the pulses are all cooked.

If the stove becomes more dense then it will become adhesive like hazardous after halim. Do not like food time.

So when the light becomes thick, you will need to put the halima spice powder and ghee on the table before it is removed and put the halim with ghee.