As you can surely tell from my last two posts, I am finally on board with the direction of Steemit Inc. Honestly, now that the rewards curve is being addressed, I think equality in the voting power is going to be huge for Steemit! Until now, I didn't even want to consider moving forward with marketing.

Once we finally have that glaring problem fixed, hopefully with the next hard fork, I am ready to move forward with marketing.

I think there are many steps that need to be taken for marketing. This is just an idea for one crowdsourced movement.

My Idea for Growth A:

SWARM to recruit a celebrity with a big following that will match synergistically with the steemit ecosystem. It will be a good thing for everyone

Youtube and Twitter have already upset a lot of their big content providers recently. Once one of them gets a taste of Steemit love, it will explode! 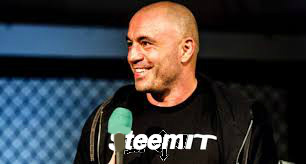 This would be a swarm tactic. Everyone involved would need to act by:

Submit
$12.26
100 votes
9
Authors get paid when people like you upvote their post.If you enjoyed what you read here, create your account today and start earning FREE STEEM!
Sort Order:
[-]
andrarchy (71)Steemit Team  ·  3 years ago

I think this is a great idea and there are other steemians who have had similar ideas. If anyone starts a steemit.chat for this purpose I'd be happy to participate. Thanks for posting this idea!

Thanks @andrarchy we were just talking about it on steemspeak but yeah a steemit.chat channel is a great idea to start hashing this out. I hope it gets enough interest to move forward with a swarm!

I couldn't get one set up anyway. Need an admin to do it now I guess.

I enjoy Joe Rogan a lot. He's got a healthy balance between both libertarian and authoritarian positions.
Agreed. [:

I love his casual, conversational, honest style. I think if he talked about Steemit for 30 seconds, 100,000 people would sign up immediately.

@joerogan @IanEdwardsComic @TonyHinchcliffe Maybe I will finally get to make a show!!! I wish i could keep up with you on #Steemit