This protocol extends on the idea by @cm-steem to transfer Gridcoin to new codebase and blockchain. It has been show by Martin Grothe that some private information can be recovered from the blockchain and since we can't just change a data in a blockchain (a Hash List) we need to somewhat transfer the account balances to new chain. This protocol aims to do this process securely, that is without a single entity governing the process. Instead, the users of Gridcoin will have a share on validating the whole transition.

Edit: This is an developer note, an Idea for discussion. Not something to be promoted to top of Gridcoin feed.

From some block, two chains will run in parallel. The new chain will start with genesis as normal coins do. But the mint mechanism on the new chain will be absolutely new thing. No PoW not PoS, but blocks on the new cahin will be secured by blocks from the old. Blocks on the old chain are signed by the same key as coinstake kernel input. How the new blocks will be created:

User A founds a kernel on the old chain, he will:

When all the transactions from old chain will be transcoded, both chains will continue running for a while. By some event the new chain will switch from this sharedrop minting protocol to classic PoS protocol and transaction transcoding will be disabled. At this point the old chain will become independent and should be abandoned.

How much work is needed to implement this? Sounds like a huge project...

I estimate it as Dynamic Witness Participation and Secure Account Association combined. By doing all three in one go, I estimate work saving of 15%.

Wouldn't it be easier to just take a snapshot of all UXTO at the sharedrop date, and users just import their private keys from there - any additional coins created on the research chain aren't included in the new blockchain.

Though the above would be unstable for POS until a sufficient quantity of users had claimed their stake and begun staking..

In your scenario the problem could be solved by initial PoW period.

Which wouldn't be the end of the world to be honest, as long as it wasn't ASIC/GPU mineable and it didn't add serious sync time like the initial scrypt blocks do within the research client (at least that's the common complaint I've heard about the research init blocks).

How are you going to do it? This article is about how to do this bit secure and fair.

yo send me good stuff yo !
thks

What is your address?

Sorry, I can't send Grdcoins to that address.

ok no probleme we keep in touch
i send you every thing you need , back up here it comes !!!
http://labourseauquotidien.fr/

is any one there?

hey still there ? are you a alien from outerspace?

can you seeend me some abstract of your work??? plz
what is you adress?
who are you
what's your name how much do you weigth? 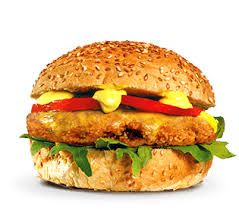