Gridcoin Issues as seen by Users (Results of Survey) 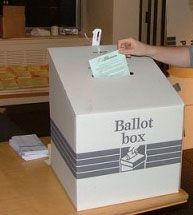 Ahoj Gridcoin users. Five weeks ago, I created a survey poll on gridcoin issues in the wallet. The survey consisted of 14 common problems gathered from community chat channels in a hope of getting them ordered by their respective impact on the users.

This poll was created in to variants with a different than usual vote weight formula. I believe that CPIDCount and Magnitudeshare types are better suited to get accurate measure of regular users' opinion, even though those share types can be skewed. Remember that ID cards do not exist on the Internet.

The question was: What are you not satisfied in Gridcoin with? Select all that apply.

There were total of 239 votes. Let me present you the results, which you can also check at gridcoinstats:

Obviously the wallet crashing issue wont on both variants with a good had start. Second place took the forking issue, which was surprisingly not so important on 4th place according to magnitude. These two issues negatively affect the stability and trust of the coin, so they will continue being addressed with top priority.

Then there is the long wait for the green or golden research reward transaction icon. Especially if you have low balance and run the wallet only intermittently. By magnitude this issue ranked two places lower, probably because high magnitude users also have higher balances and thus find it easier to stake. There are multiple approaches to solve this issue.

Next issue, which magnitude voters placed on the second place, is about the Gridcoin community being scattered on many platforms. There is IRC, Steem, CCT forum, Discord, Matrix, Slack, Telegram, Reddit, Github and another IRC. I suggest Matrix/Riot for chat as it is Open and allows decentralization.

The next I would like to mention is about Transactions and rewards disappearing. This issue ranked second by magnitude voters and 10 by cpid. They do disappear because they were created on a fork and that fork got abandoned. In a stable coin, this would still happen, but much less.

5th (cnt) and 6th (mag) ranked the issue with complicated user setup. We will address this issue, but the stability issue will have priority.

To wrap things up, I would say that the priority will be given to the stability issues (crash, fork) then to usability matters (setup, interface) and reward overhaul.

Something to keep in mind: some user may have had certain problems that inhibited them from voting.

Yes, here is a report of such.

"The wallet is often stuck on a fork"

How one knows when his/her wallet is on a fork? And what should one do, if/when this happens?

Would just restarting computer solve it or rebuilding blocks or something else?

Restarting the client a couple times until you're on the same latest block as gridcoinstats should do it.

A clear sign you're on a fork is if your POS difficulty is say 0.01.

The upcoming Gridcoin update should hopefully resolve some of these issues.

I did not see the survey but setting up the Wallet has caused issues. The CIPD is a big issue as well as the faucets out there. You will run into a problem with non tech people trying to set up a Wallet.

It could be released like a month ago, but the guy why does the final compile and windows package is not available for this release. There are/were improvements staged that bring in better build system and updated libraries. We wanted to do the mandatory first with the old build system and libraries then roll them in next leisure. But with this build guy gone, no one was quite able to get the old build system to produce acceptable windows package. @ravonn is in the meantime producing some quality improvements while I am busy with exams.