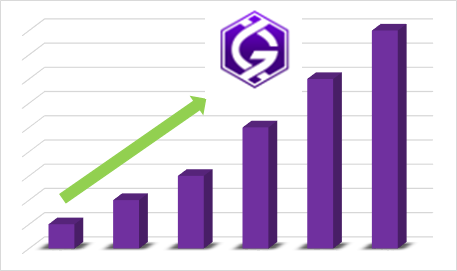 At the moment there are 25 whitelisted BOINC projects on the Gridcoin network with which you can earn GRC by running these projects. You would think that Gridcoin team members only select these projects to maximise the GRC earnings but after a few months of reading articles on Steemit, I know now that this not a true reflection of all Gridcoin team members. Some will try to maximise the earnings by picking specific projects, while others are happy to continue with their BOINC projects purely based on scientific goals even if they are not whitelisted.

To confirm this I decided to check team Gridcoin activities on none-whitelisted BOINC projects. Below is the compiled table with all projects which have at least one active Gridcoin user. The overview provides the standard Recent Average RAC and Team RAC vs Overall RAC % but I have also included how many active Gridcoin users are participating in the project and what the Gridcoin team position is based on points. I was surprised to see the number of projects supported by active Team Gridcoin users and the percentage of RAC contribution they deliver to the overall RAC of the project, eg. Climateprediction.net, Leiden Classic and [email protected] This clearly demonstrates that there is a substantial number of Gridcoiners that are happy to continue with their favourite project even if they don’t receive any earnings, which shows strong project- but also team-loyalty.

And here are the charts for all whitelisted projects, with the definitions per indicator at the end of the article.

Yeah, I'm somewhere in the middle. I run some projects for pure profit. On the other hand, I also like crunching the "17 or bust" subproject on PrimeGrid, which has poor conversion into magnitude. The mathematical problem behind "17 or bust" fascinates me so much that I can't help but crunch on it.

But yeah, at some point if the future all of this may merit a more formal "study".

This is an interesting question. I'll think about, maybe there is a simple way to show it based on available historical RAC information. A topic for one of my next articles?? Thanks.

Gives users an idea how much they can use to defray those electricity costs.

Congratulations @parejan! You have completed some achievement on Steemit and have been rewarded with new badge(s) :