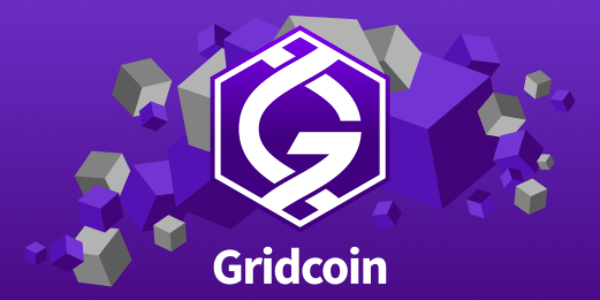 I launched my beacon in the beginning of september, so it took about 2 and a half months getting the first Distributed Proof Of Research block. I had around 200 GRC and set up 1 SBC and 2 phones doing 1k RAC total in solo mode at that time.

After announcing 2 weeks ago that I set up every host I got back to solo after a few months crunching in the well organized pool, I received my first DPOR reward!

popping up in the wallet!

This meant a few changes as of now: 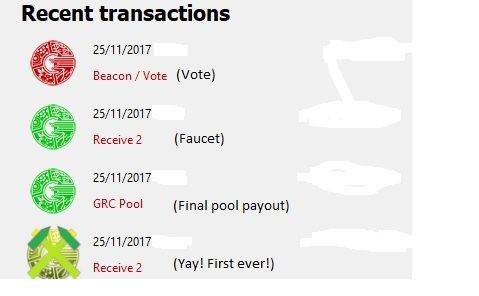 However it also raises a question:

At any rate, I'm very happy, this happened out of the blue, going solo seems to be next to helping out science an adventure when staking with a low balance but has some advantages (own statistics, voting rights, faucet usage) and disadvantages (inconsistency, sporadic at best) . If you want transparancy, reliability coming from consistency go for the pool, especially when starting.

Interesting links on the matter:

Well done, the first one is indeed very exciting! Up to the next one and many more to come...

Before the POR reward my Boinc reward was ~80 GRC, after the firstly minted block rewarding around 1 GRC it got reset to 0 (getmininginfo command). The rest is probably lost?

It is lost. Known bug (newbie reward bug). Fix is in development/testnet (Eta 3-5weeks). There are plans to repay such lost rewards from the foundation, not official yet. I told you to stay in pool a little longer.

Until 3.7 is released, you will most likely get only one GRC in your first stake.

I am sorry for your loss. On the bright side, congrats for your first block! And may the next one be gold.

Thanks! You certainly were right! I've read your comment and was prepared for it, no problem. I don't mind the loss. Imo it's all good info for the people deciding what to do and what to expect if they do make a decision in the current version.

Nice! Glad you made it to solo! I'm still pooling at the moment, but I'll probably go full solo once I get to 1000GRC.

It's achievable and stimulates the ability to be patient in it's current state ;-)

great work! keep it up!