Although Imogen Heap is - apparently - well known and released her first album already back in 1998, I never heard of her until a friend told me about her last year. As you may know, I'm always taking recommendations by those I trust in musical taste, so I added her to my list of artists to check out. Since this list grew quite long over the years, it took me until a couple of weeks ago to check Imogen.

I really don't know why it took that long for me, to be honest. I really like the name "Imogen", I think this name would be somewhere in the top of names I would give my daughter when I will become a father of a girl (not that I'm becoming father, at least not that I'm aware of). But that said, I suspect that I'm not too much triggered by names, since names doesn't tell anything about the music. Or does it? Hmm, when so, that is something I need to dig into another time. 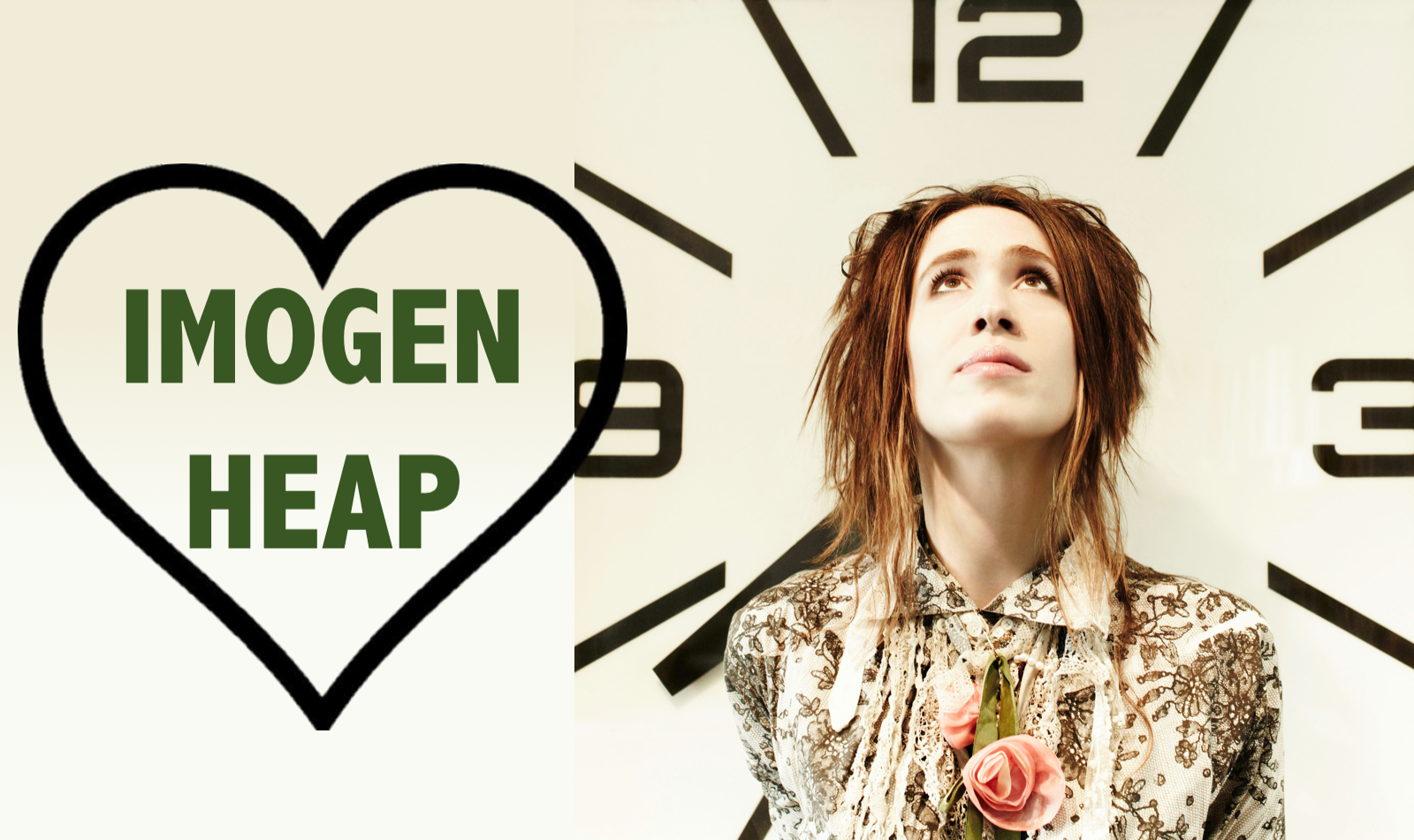 Four albums Imogen released, Discogs is telling me; With the last one released in 2014 titled "Sparks". Discogs further tells me "Experimental", "Folk", and "Indie Pop". Especially the "Experimental" tag drove me to search for the Sparks album specifically; YouTube being the obvious place of search. The playlist was quickly found, and the play button was even more quickly pressed.

While listening to the first track. I wanted to know what a great newspaper like the Guardian had to say about Imogen and in particular her Sparks album. The Guardian can be quite critical and as far as I know the Guardian are rarely super positive! I do like such approach to be honest! Never ever just rave about things, while almost anything can be improved! Nothing is perfect, so it is very difficult to just give a 10 out of 10 to something.

Imogen Heap's fourth record is less a coherent album than a collection of crowdsourced collaborations, generated through methods and techniques that include a running app and a pair of gloves that turns the wearer's body into a human harp. Sparks was written in a community garden in Hangzhou, China, and in the Himalayas in Bhutan. There's a song called The Listening Chair that will never be finished, with Heap promising to add a new verse every seven years. If you uploaded images of your footprints to her website, you'll find them reproduced on the cover. (As fan interaction goes, it's definitely one up on a T-shirt.) Musically, Sparks is a bit of a mess. In its dogged determination to be unique, it has sacrificed structure and direction, and it gets bogged down in the sheer volume of all the voices. While it's easy to admire the ambition of this album, it isn't always easy to listen to.

Regardless what the Guardian had to say, I can inform you I have listened to Sparks many times by now. Not that I have the album on repeat, but for sure I listen to it quite regularly.

Not sure how I should explain the sound of this album. Maybe a combination of Clannad, Björk and Experimental Electronics making all what I hear something that is far off from mainstream, and quite pleasant to my brains!

I have no idea how popular - or not - Imogen is, but the album Sparks, sparked something in me that will for sure lead to following this lady more closely.

The Play Button is Not Far Away

Submit
$39.49
28 votes
19
Authors get paid when people like you upvote their post.If you enjoyed what you read here, create your account today and start earning FREE STEEM!
Sort Order:
[-]
squares (55)  ·  2 years ago

The first I heard of her was watching her demonstration video of her testing out the contraption she made that uses a Kintect to track her movements and translate them into MIDI signals (at least so I understand).
A link to the video can be found here:


I absolutely love artists that can mix tech advancements and music and this inspired me to try to put together similar projects using arduino, makey makey, and of course, the xbox kinect sensor.

How COOL! Listening to her presentation as we speak, half way! She is totally into it, that you can hear from her presentation! And done to a telco audience for sure, since WIRED is more or less mobile telco. Must be quite an experience for all these quite traditional people as mobile telco has :)

I DO very much like the way she is trying to bring what she is doing as an artist and bringing that across to the public when on stage and with this gloves she uses to orchestrate sounds and effects is simply AMAZING! Respect! This moves Imogen further up my list of someone who I like to learn more from and follow even more closely.

EDIT: Now at the second part of the video: WOW SOOO COOL how she is creating the whole song with movements!

It's truly mind-blowing isn't it? If only there were more people exploring this sort of tech. I got a few questions for them.

Maybe more explore this type of things, but we may not know about :) But yeh, I guess this is a new way of looking at things. In the end Imogen is kinda dancing on stage while performing and through the 'dancing' creating the music! How cool!

I've seen her cropping a lot in connection with technology and blockchain in relation to music. I actually met her last year at a conference @lloyddavis was involved in. Unfortunately I didn't get to chat with her. I know she is involved with other projects, but I hope she's aware of Steemit.

Yeh would be great if see knows about Steemit!

I've seen her cropping a lot in connection with technology and blockchain in relation to music.

She is getting more and more interesting!

I know she is involved with other projects

Tech projects you mean? Anything I should research for?

Cool, will check that project!

Oh yes, the tech lady, I love her! She is also visionary in that she is involved in looking at how blockchain can help musicians with a fair distribution of royalties. She's collaborated with https://ujomusic.com/ in 2015 - a decentralized file storage platform. We're on the move towards a better life for artists, I really believe!

From the video @squares shared in his comment, my eyes are opened for the love for tech by Imogen! How COOL! UJO, heard about it, but never checked it. Bow that one is on my list to research as well!

Hey congrats on your award! I first heard of Imogen Heap when my older brother gave me her CD (!) for my birthday 10 years ago. I was big into acoustic at the time and thought her music was too mixed for my taste. He was angry because, as the older brother, he was clearly the music authority. : ) I've come around and my tastes have changed, so I will check her out again. Thanks for the reminder!

Nice story! My brother brought my into Dance Music. I always like electronic music, but not the kind of what is called Techno, House and such. But he was listening to that type of music already in the late 80s, and I told him: that is not music! But then early 90s he pulled me into the Techno world, and since then I'm a super big fan of that type of music. Since long my brother calls me the authority on Techno, while he was the leader at that time hahahaha

In what respect? Using technology? Am not very familiar with the history and background of Mathilde.

in the 1980s she (Mathilde) was one of the first to use new (musical) technical innovations, the synteziser. So the combination of new technology and a great voice are the two similarities I see with Imogen

Yep, the synthesizer! The 60s and 70s those where used already, but more in 'underground' type of music, less in mainstream music.

Congratulations @edje! You have completed some achievement on Steemit and have been rewarded with new badge(s) :