the images uploaded are quite large, right click them and select open in new tab to view larger size.
In case you are wondering about the writing: it's my own version of shorthand. I have not used it in decades, and frankly, I cannot even read it myself anymore!

I had often said that in my days at the University of Lethbridge, I rarely took notes. I did not see any use of it at that time, since based on the course outlines, I studied the subject in advance, and came to class already prepared to add my own 2 cents worth in comments - even prepared to argue.........

But just for looks, I did have my notepad open. I may have written down a few things, but for the most part, I was doodling. Checking through a pile of old papers, I found this - probably from a English or a Mythology class I took, around 1980 or so (we had some advanced classes where several departments were involved - they were called 'Colloquial Studies'). 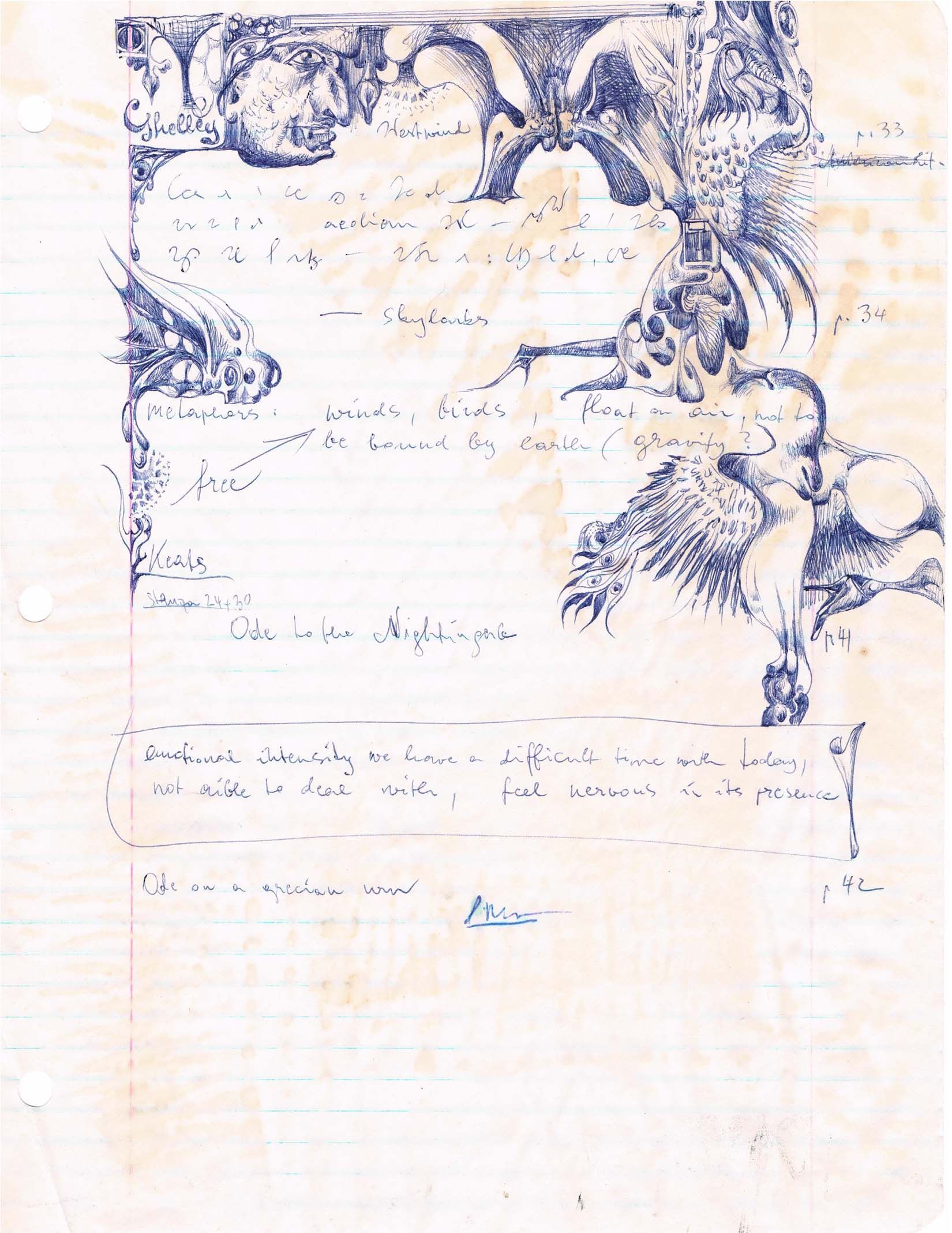 You may think (as many of my fellow students did) that I am just a goof - but the end results were that I graduated with a GPA of 3.96 out of 4.0, second highest in my class of 82. Those are the most precious drawings sometimes, those made on classes :)

I was a Fine Art Major, but we had to take other classes also. Some of my doodles did form the base of some paintings I did in studio class.

thank you very much - I wish I would have kept them all - this is the only notepad page that I kept, mixed in with a pile of old photos and stuff.

Heh, sometimes the doodles are more interesting than the notes. I was in the School Of Mathematics, also made lots of doodles, but unfortunately I did not get a blazing final grade as you did. No matter, I got that in my Computer Science MSc, several years later :)

Math and such are much harder. They are exact sciences. In Humanities you can fake a lot of shit. I was good at arguing with the profs. Did my own research and challenged them. I waited nearly to the end of my term to take the required Natural Science classes, thinking I may not have the required background to do good in them. Thought wrong. Got through them with flying colors as well - so good that I regretted not taking them sooner. I might even have changed my minor from Anthro to NS, particularly classes in Genetics.
PS: rather than taking the intro courses, first year level, I registered for 3rd and 4th year classes. To do so, I had to proof via tests prior to being admitted that I can handle it.
I did have a slight edge: I had been in Canada for 8 years already when I enrolled, so I was fluent in English (I had written art critiques for local newspapers). But my upbringing and schooling was in Austria, so I challenged several German courses, wrote the tests and got credit for it.

Funny thing is that in University I had mostly STEM background (maths, software engineering, AI, etc) I was always selecting Humanities optional courses, like Religion, International Relations, History of Cinema, etc. I think it is best to get knowledge from different fields, it makes it easier to understand diverse situations and solve problems. And of course, it is a great source of inspiration! 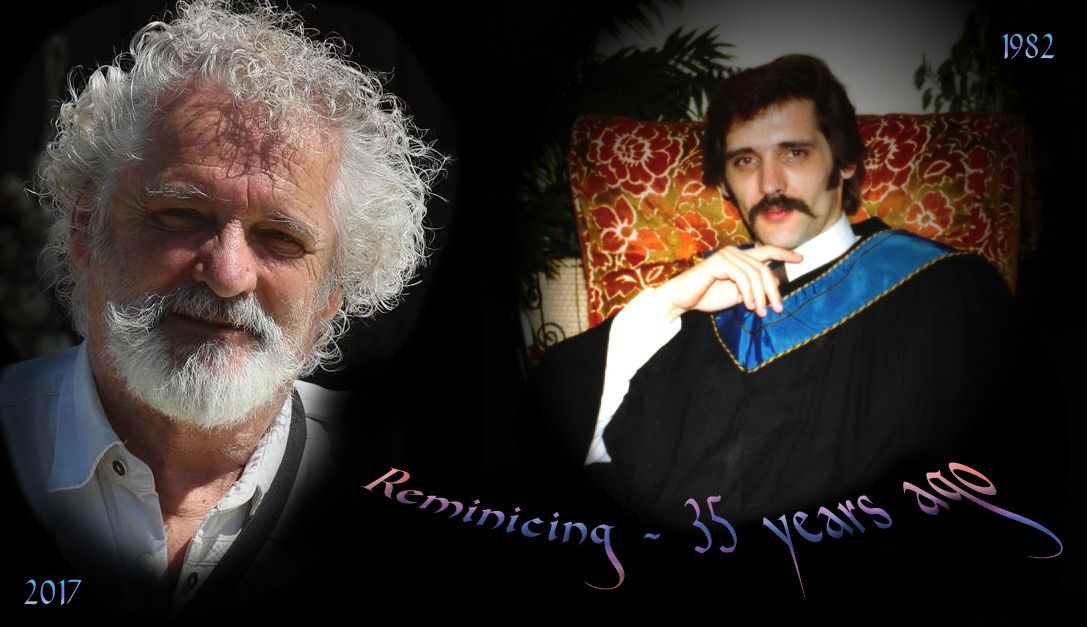