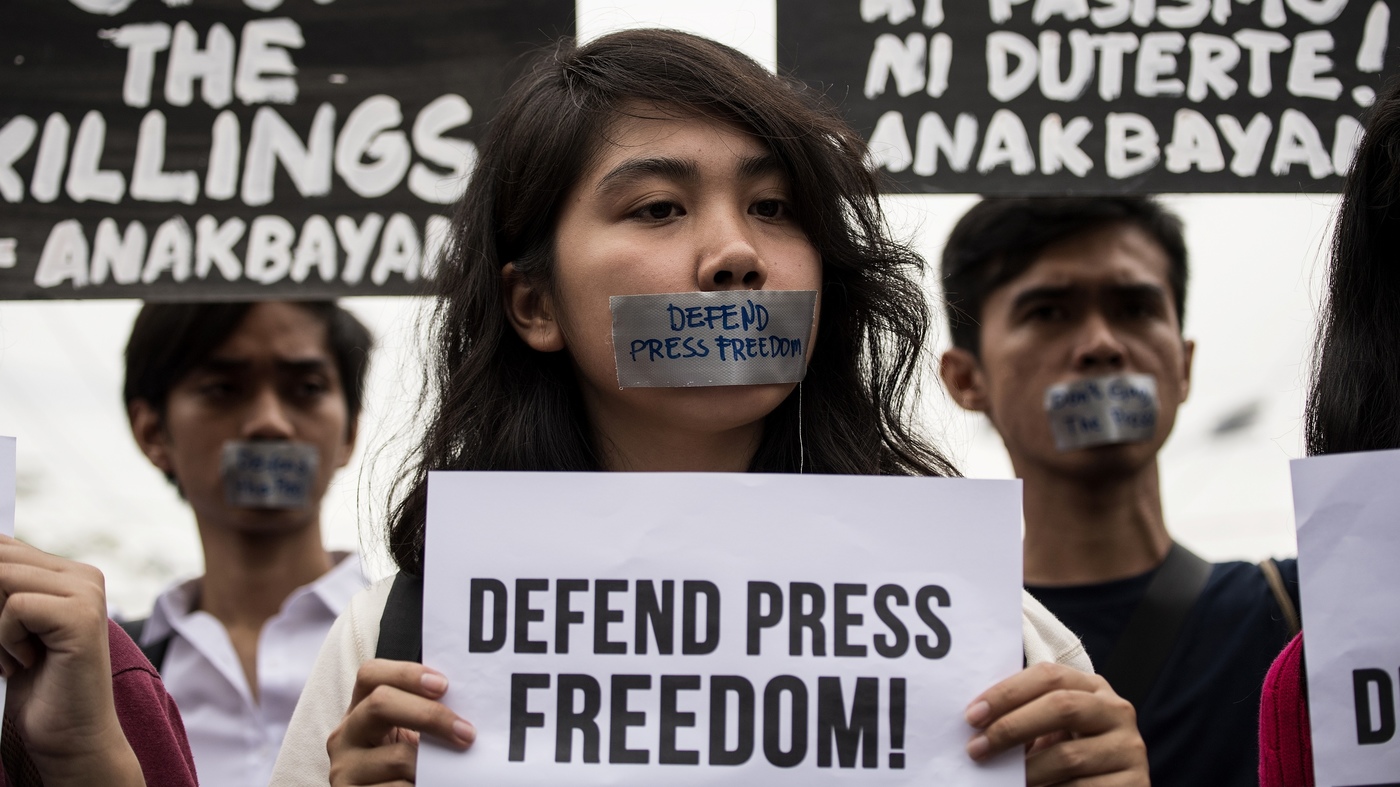 On Article III, Section 4 of the Philippine Constitution, the press freedom provision is stated as:
“No law shall be passed abridging the freedom of speech, of expression, of the press, or the right of the people peaceably to assemble and petition the government for redress of grievances.”

Philippine context of Press Freedom
Nowadays, due to the rise of technology advancements, press freedom’s “right to broadcast” is not only applied in television and radio media. With the mass use of social media, it becomes the channel of expression for Filipinos especially the youth in reaching out to the general public.

Issues and Headlines
Issues on press freedom is making a headline in the Philippine media nowadays. With Rappler’s strong stand on press freedom that resulted to legal troubles and a ban to the Malacañang Palace because of their commentaries and criticisms of President Rodrigo Duterte. The journalists from the National School’s Press Conference surprised everyone by rolling up banners showing support for press freedom. Also, one of the trending topics in social media just a few days ago, the walkout of the University of the Philippines’ students versus the Duterte Administration.

With these issues we come across everyday in the news, at the end of the day it all weighed down to the questions: What kind of press freedom are we really fighting for? A press freedom that targets the government and criticize? Or a press freedom that that enables us to reach out to the law makers and voice out our concerns for change and reform in a more peaceful way?