Life Comes, and Goes - Thanks Dad

I don't want to be a major downer, but I do want to let you know why I vanished this month. Not as a way of "explaining" myself—you're probably not interested in that—but because ... well, I guess just because.

My dad passed away a couple of weeks ago.

I'm sure some of you are already replying to this email with condolences. Thank you so much for that. He was a hell of a guy, and I'll miss him so much—along with the many, many other people in his life to whom he was so important.

You know, ever since I started writing the Underrealm books, I've received occasional questions about my parents. Loren's parents are monsters. Ebon's father isn't as bad, but he's certainly not much better.

Naturally, some people guessed (or wondered) if I was writing from experience. Were my heroes' parents based on my own parents? Had I had a rough childhood?

That could not be further from the truth. I've never met—hell, I've never even heard of parents who were as good as mine. The love they gave me, the opportunities they afforded me, the way they educated me and taught me discipline and self-control and confidence ... I do not like the idea of the person I would be if it were not for my parents.

It wasn't until my teenage years that I realized just how good they were. My teenage years were when I grew to love my parents even more, when so many teenagers go through their "my parents are the worst" phase.

But as I continued to grow into adulthood, I realized that my parents were an extremely special case. So many people in the world had parents who were abusive or uncaring—or at least so deeply flawed—that they had a tremendous negative impact on their children's lives.

That thought terrified me. It terrified me even more when I had my own kids. Every day, I'm trying to live up to the example my parents set for me. A lot of the time, it feels like I'm falling short. But I keep trying.

My dad and I got to talk a lot in the week before his passing. And I realized during our conversations that so many of my favorite things about myself—and, if you like me at all, so many of the reasons why—came directly from him.

The most obvious example is that, when I was eleven years old, my dad gave me my copy of The Lord of the Rings. I still have that copy. It sits on my shelf, old and weather-beaten and tattered. I've read it about once a year since then. We've been through a lot together.

If he hadn't given me that book, there's absolutely no chance that I'd be a fantasy author right now. But beyond just that, my dad is responsible for my love of movies, of video games. He and my mom instilled in me a deep love of music. They took me around the world to see new countries and new cultures.

I really am the man I am because of them.

A lot of the time we were together in that final week, he found it difficult to talk. So I read him Yerrin. (The the book isn't done yet, I just read him the current version of it.) He's been one of my biggest supporters since I first started, and he was very happy to hear the latest installment.

I wish he was going to see it get published—he and my mom both, in fact. I wish they were going to see all the future books I'm going to put out, and the new phase of the publishing company as we begin to sign other authors. But I'm so glad and so grateful that they were able to see as much as they did. And with each new adventure I embark on, they'll both be foremost in my thoughts.

That's probably about as much as I need to say on the subject. As I said, I don't want to be a major downer on your Friday. But I wanted you to know where I've been these last few weeks, and I hope you'll forgive my absence.

I'll be back next week—promise—with a much happier message, including not one but TWO giveaways. Business will resume as normal. Life will go on.

I'll see you then.

During the past month I was able to make some videos for dad. It's been a special time that I'm happy to share with you. 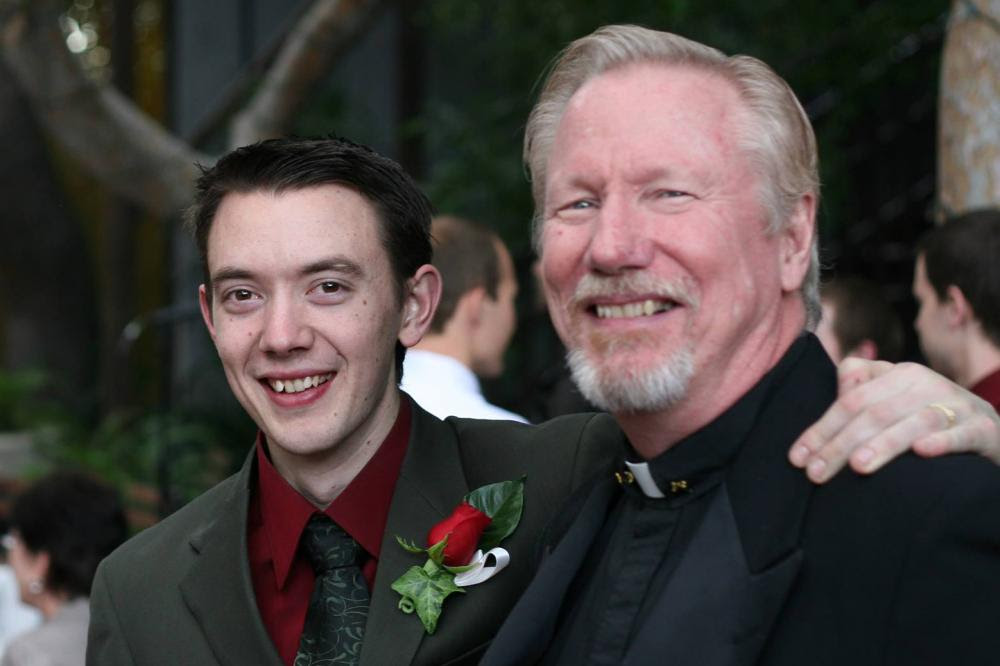 Thank you for sharing your story with us. I hugged my dad after reading this post.

hang in there buddy, word salad made me dizzy

What a wonderfully written post. Blessings to you during this time.

Thank you. That means a lot to me.

Congratulations @fortinbuff! You have completed some achievement on Steemit and have been rewarded with new badge(s) :