Warning: This amateur games review is written by a part-man, part-monkey who has a tendency to drop F-bombs and the occasional derpy insult. If you are easily butt-hurt and cry yourself to sleep while hugging your Mumma's breast you should proceed at your own risk.

Available on: PC and PS4

Check out the gameplay HERE

Broforce, developed by Free Lives, takes popular 80's and 90's action heros into a fun and sometimes challenging side-scrolling 2D run 'n' gun platform game. If you were a fan of Rambo, Robocop, Chuck Norris or any other Hollywood action hero, you'll no doubt get a kick out of this game. Fight your way to the end is the name of the game, nothing more. Just "GET TO THA CHOPPERRRRRRR!!!!!" 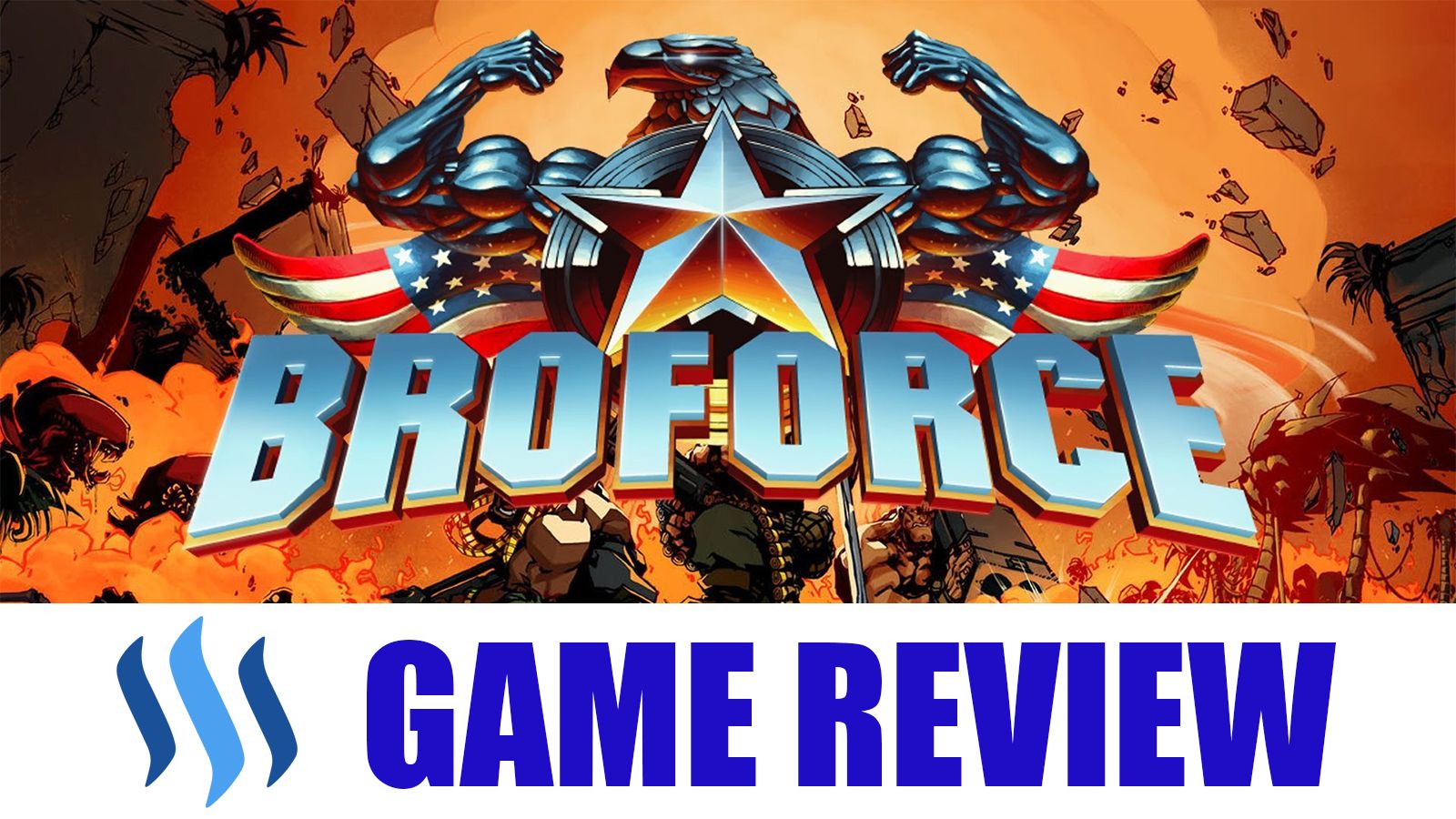 Broforce is your typical action hero movie mixed into a side-scrolling shooting game reminiscent of old platforming games like Double Dragon. You take control of a 'Bro' (or in other words an action hero) taking on the badguys to save the world and as you progress you rescue other Bros and then take control of them. These various Bros all have different weapons and abilities so you will have a lot of fun the first time you discover these and quickly enjoy using your favourite characters. Your mission is to defeat the evil boss a the the end of the world, raise your U.S. flag and save the world man! Seriously though the plot means fuck all, just play the game and have a good laugh! Broforce uses the tried and tested 2D pixel art and does it very well to combine this style with the simplicity of the gameply. From the bomb explosions to the splattering blood of dead enemies, the graphics never fail to put a smile on your face. Each boss is different and are extremely well crafted in this 16bit style. I'll admit I was hesitant to buy what looked like such a dodgy game but I got it due to the 'Overwhelmingly Positive' reviews on Steam, and was pleasantly surprised. As the game goes on, you do become a little tired of shooting the typical old enemy soldiers, when along comes segments of aliens which suit right in with characters like Ripley and the Predator as your Bros. I won't spoil too much as rescuing various Bros along the way is a huge part that keeps you motivated to reaching the end. I found myself more wanting the unlock new Bros than even defeating the enemy. Destructable environments help you to not only defeat the enemy in a myriad of unique ways but also because your whole goal is destroying stuff so why not! The music rocks on and will have you pumped to save the world from the get-go. Electric guitars blaring through the speakers will have you feeling like you've been sucked into a timewarp to the 1980's keyboard-guitar era. "BRRRROOOOOFOOOORCE!" lyrics cranking out will bring out the patriot in you even if you're not from the U.S. You'll just want to kill shit for the pride of your own country and... well... cos you're a BRO and that's what BROS DO! This game definitely has its challenges but overall it's pretty straight forward and if you find it too difficult to finish a level, maybe get your Mum to do it for you! Each Bro has differently abilities so if you can't get past a section with a certain Bro, there is always a different Bro with just the right ability to help you get through, from the Brominator who obviously turns into The Terminator, to BroboCoop who has self-guiding bullets. There are also many explosive containers and other level orientated tricks and traps to help you through, so there is always a way if you're willing to try. Repeat, repeat, repeat... ahhhh I get it now! I personally love this style of game. It's challenging but not bordering on rage inducing. The right balance between fun and challenging is an essential part of what makes Broforce great. 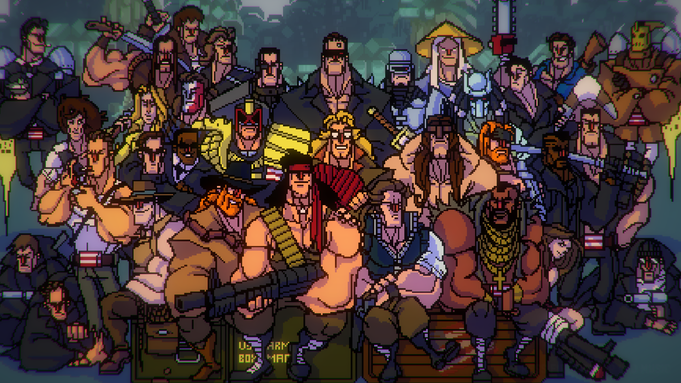 Broforce has to be one of the most simple yet satisfying games I've played in a long time. So easy that you don't need a tutorial but also difficult at times that you want to take a day off work or tell your wife to clean the damn house herself so you can spend the time to get past a boss (don't tell my wife I said that!). Many times did I just have "one more turn" only to find myself still playing 3 hours later. If you like side-scrolling games or even if you're just born in the 80's and love the nostalgia I'd suggest giving it a go.

Is it worth a buy? Yes it is! The Overwhelmingly Positive reviews on Steam are spot on in my opinion and this simple but deceptively challenging title is well worth a go even if you do get tired of the bro puns, bro. Did you like this review? What review should I do next? Did you think this review sucked and I should go die in a hole like a lonely no-soul ginger? Leave a comment below!

Space Ginger is by no means a professional game reviewer. This review is brought to you for fun and not to be taken seriously. Having played video games for 30 years I have experience to share and a massive amount of love for the video game industry and community. My aim is to share my thoughts and maybe introduce you to some amazing virtual experiences while helping you steer clear of steaming piles of shit. GAME ON!

Basically any footage of this game would make for a seriously beard inducing montage. It's amazing how the game makes u look so awesome for performing the simplest of actions.. Broforce as you said is 2D pixel art done right :)

Hahaha yeah spot on! I felt like the deadliest of bros playing this game haha. It's really opened my eyes to how cool a 2D game can look with so much focus from AAA games on trying to go realistic. Stay tuned, I'm going to do a review on another cool 2D game soon, Miami Hotline! This game is awesome :)

broforce is one of my favorite games of all time. super meat boy and hot line miami are also very good :)

Thanks for your comment @roundbeargames. Oh yeah it's awesome hey! Super Meat Boy is also another great game. I have it on Xbox :)

Hey @spaceginger
I know the folks who made it! Will share your review with them :)
Cheers
Lizelle