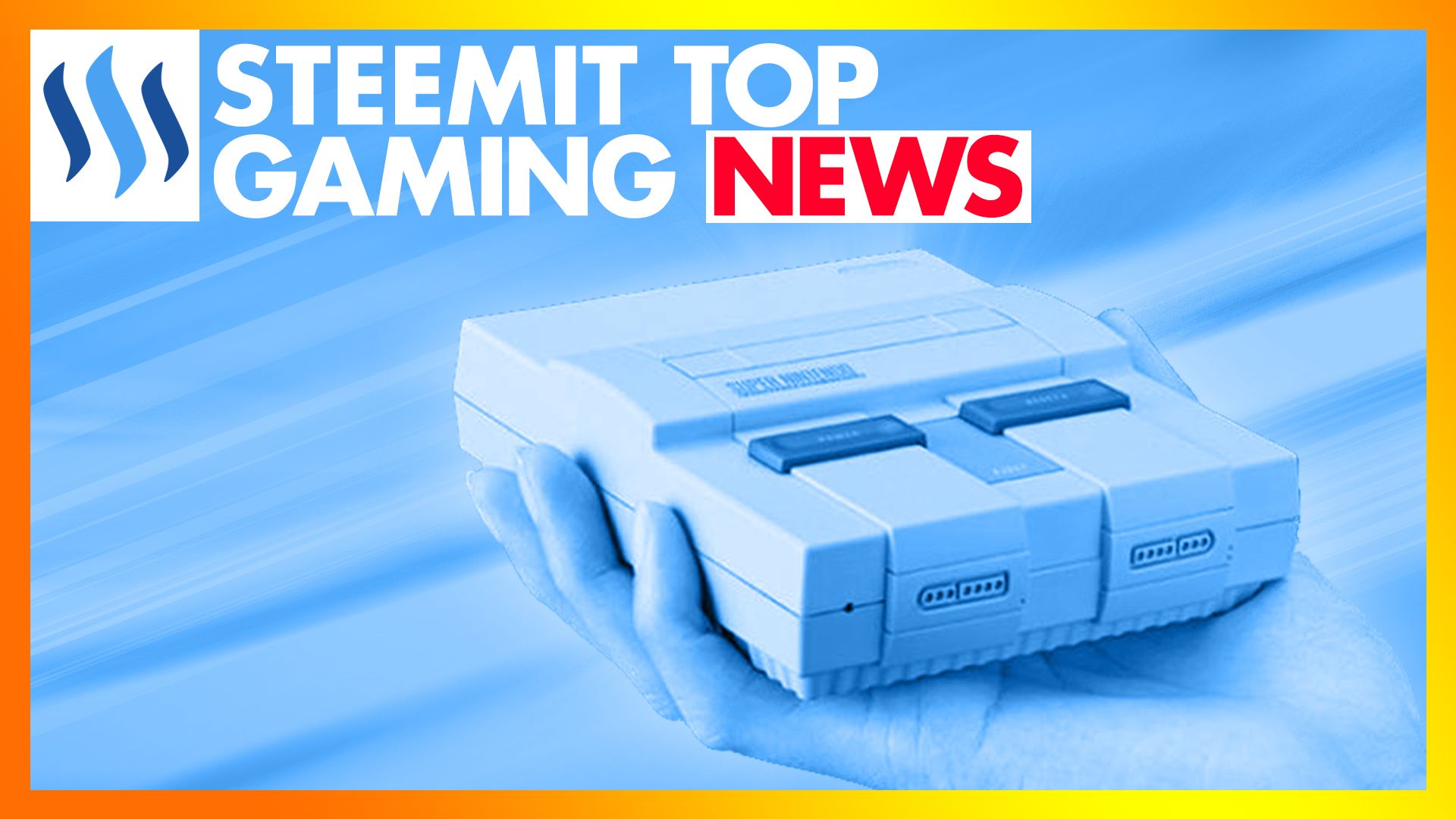 Australian developer House House last week released a sneak peek of some pre-alpha gameplay of their newest project currently known as Untitled Goose Game. The game has you playing as a goose on a small farm. The gameplay consists of you finding new ways to cause mayhem and give the poor ol’ farmer a difficult time. It’s elegantly simple yet seems loaded with possibilities. The game is still very much in development slated to be released sometime in 2018. 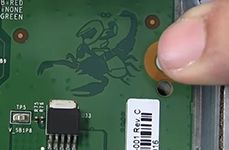 XBOX ONE X FULL OF SURPRISES

The motherboard inside the upcoming Xbox One X has a little surprise etched onto it — a cartoon Master Chief riding a scorpion. No, an actual scorpion. The easter egg was discovered by Unocero, a technology YouTube channel, during their tear down of the new console. Probably not many users will risk their new, very expensive console by completely dismantling it just to see a cartoon. But it’s fun to think he’s there with you every step of the way riding that bucking arachnid.

Last week Telltale Games released episode two of Batman: The Enemy Within, the follow-up to Batman: The Telltale Series. Upon playing the episode users saw that a real life photo of assassinated Russian Ambassador Andrei Karlov was used as very heavy inspiration for a photo in the game depicting the aftermath of a robbery. Users say the two photos are almost identical. Telltale came under fire for the use of the photo and a week after the episode’s release a patch has been made available to remove the photo from the game. 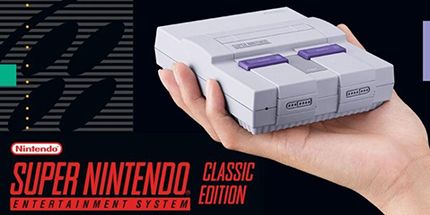 Well it didn’t take long. There is now software available to hack your SNES Classic and load as many games as you wish onto its internal storage. Happy gaming! Fans got their first in-game look at Jurassic World Evolution this week. Developed by Frontier Developments, Jurassic World Evolution puts you at the helm of your own dinosaur theme park. The new footage doesn’t shed light on gameplay but shows off the look of the environments and dinosaurs in the game. If the game plays as well as it looks it won’t disappoint. Look for it Summer 2018. 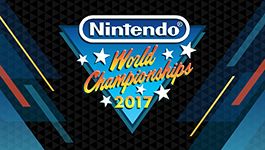 On the weekend the world got its next Nintendo Champion. The final round of the Nintendo World Championships 2017 saw finalists Thomas Gonda and John Numbers go head-to-head in previously unplayed levels from the upcoming Super Mario Odyssey. Thomas Gonda took the trophy and title in the third ever championship in New York. WILL THE MICROTRANSACTIONS EVER END?

Microtransactions are popping up in more and more major release titles. And not just for some aesthetic changes to your character but they are beginning to affect a player’s ability to get the full experience from the game they paid full price for. This week the big titles in the news are Middle-earth: Shadow of War and Star Wars Battlefront 2. With Battlefront 2 new abilities and weapons are locked behind loot boxes. Players will get one free loot box per day they sign in but the contents of these loot boxes are random. You can earn extra credits in multiplayer battles but since we don’t know how much can be earned per battle you could end up putting in hours and hours just to not have your time rewarded proportionately. Concerns are that players who can and wish to invest more money in credits to put towards extra loot boxes will wind up with more different weapons and abilities that will aid them in their game. In Shadow of War players can play the main story of the game without needing to purchase anything additional — anything you need will be pretty readily available through regular gameplay. Then you get to the final act of the game, Shadow Wars. Shadow Wars has been included as “postgame content” however there is a second ending locked behind this part of the game. Getting your forces to the level needed to complete this part of the game requires either a large time commitment or financial investment. Any players who have too little of one or both will have to watch the proper ending on YouTube. In both games the players who opt to invest the game price and no more will have a less than full experience. When spending $60 for the regular release of each the player is probably hoping for better than having to pay extra or grind away just to get the full experience.

Written and Edited by Robin Luis and Adam Keresztyen
Follow me on Steemit @Rerez for more gaming posts!

Does anyone know of any games where you can earn a cryptocurrency? Why doesn't warcraft implement its own blockchain currency? It seems like it would be a huge hit

We can see this with a game called "Spell of Genesis" it has an external "wallet" called "Book of Orbs" which also intertwines several other games with blockchain-based assets, you can then view, trade & store indefinitely all of your assets there. However this is an independent company, focusing mainly on their products, I'm sure an open-sourced "VLC-codec equivalent" app incorporating a vast amount of crypto-assets in a unique and user-friendly display will blow the masses and become an infamous pocket essential. Until then it will be a shitstorm of Eth smart-contracts trading within independent labels and their own game assets...

Quite sad imo really, one day a game will be willing to pioneer a multi-game asset and allow it to be used universally in whatever application the owner sees fit. Then we will see all the larger establishments incorporate the idea as a custom feature, I envision Magic: The Gathering, Blizzard and the likes to be those whom are hesitant at the start, yet will be the ones who are most profitable and whose assets will undoubtedly boom in value. We will see items moving across games and perhaps being used in future championships of eSports. There may be a sword, crafted to unique specs, which had a chance roll of 1 in 999,999,999 of being created, which nobody else has ever been able to craft since, yet it has been passed through the years from merchants to users, but with smart contracts, essentially the owner may "lend" the asset to the official company, which would allow them to use the renown asset.

But really gamers, could you imagine playing with Pokemon cards in World of Warcraft? Let's get up on it!

wow! thnx for the awesome response, you seem to have a great deal of knowledge about this. I'm looking forward to a new gaming erra that uses tradeable crypto's. Have you looked in to rushhash yet? The whitepaper is very interesting. It seems to be the first game where you can actually earn a crypto that can be traded on exchanges just like any other crypto.

On the birthday of the legendary game console, we remembered 5 unforgettable games from PlayStation.

WHAT SHE SAID ! AWESOME POST BUDDY! KEEP IT UP! 1K

Congratulations @rerez, this post is the most rewarded post (based on pending payouts) in the last 12 hours written by a Superuser account holder (accounts that hold between 1 and 10 Mega Vests). The total number of posts by Superuser account holders during this period was 846 and the total pending payments to posts in this category was $4609.48. To see the full list of highest paid posts across all accounts categories, click here.

Congratulations @rerez! You have completed some achievement on Steemit and have been rewarded with new badge(s) :

In Japan before the launch day of the SNES mini (Classic), it was believed that it would not be easy to find it in stores, due to high demand, but it turns out that when the launch day arrived, there were not as many people interested as expected, because it was possible to simply follow the local shops.

I personally consider the NES mini (Classic) and the SNES mini (Classic), as overvalued game consoles, because in components possibly have no cost of 5 dollars, and that to top it can not be added additional games, and all that sell it with up to more than 500% profit.

I would prefer instead of one of the Nintendo mini consoles, a Raspberry pi Zero adapted to emulate the games, and I would save up to a quarter of the value of a console like the SNES mini (Classic).

Thanks for all those news. The Master Chief on the Xbox One X is really fun. Thanks for sharing that !

I'll probably never see the design in person but it's cool to know it's insider. :)

Man, you open my eyes to the great game - Goose. Thanks, this game really inspirational to make something new. YOU find really interesting stuff, that not every big journal share. THANKS

I enjoyed reading your post. There's a lot of good stuff.