Return to the 90's, Crazy Bones

I remember going through so many fads when I was a kid. I remember collecting hundreds, if not thousands of pokemon cards. I collected pogs in my plastic dividing container. I got a razer scooter to race around the block. It was a much simpler time, and I have so many fond memories of the things I used to be into.

My last trip back home for Christmas I happened to come across a couple packs of crazy bones in my local dollar tree! I was really estatic because I was really big into crazy bones as a kid and collected so many eggy's, strikers, jaws and several other of my favorites. I bought the few packs I found and rushed home to open them. 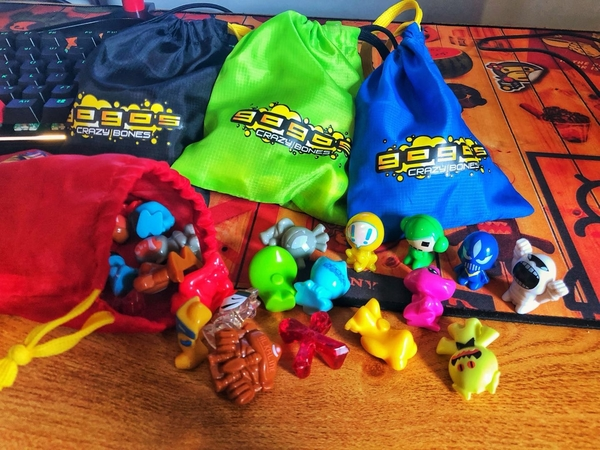 There's something magical about a grab bag. I'v always loved the randomness of it because it makes every single bag you open feel special. In a way, it's gambling and the odds for the exact piece you want was probably so low it wasn't worth it, but none the less it was such a thrill. After returning home I sat at the ktichen table feeling like a 10 year old again. I ripped the bag open and spilled the contents out in front of me. There were 4 crazy bones in the first pack and 3 in the second. There seemed to be several new series and each different series included a different amount of crazy bones in the bag.

The packs of crazy bones I found weren't the original series I grew up with but a new revamped series using a more humanoid figure. Despite taking on quite a new look, they still have the crazy bone feeling to them. They're light yet solid pieces of plastic and I actually prefer this new humanoid look to the old series. I did a little reserach online and each series seems to have about 5 really rare crazy bones and 10 semi rare crazy bones known as the "wanted" and "most wanted". One thing I really like is that all the crazy bones have several different colors available as well as several different styles like glittery, holo, laser, etc. I love things with a huge amount of collectibles and the colors and rarities really make it a large collection to be collected.

This is either a laser or holo design, I'm not really sure but you can see how he's sort of glossy and shiny. 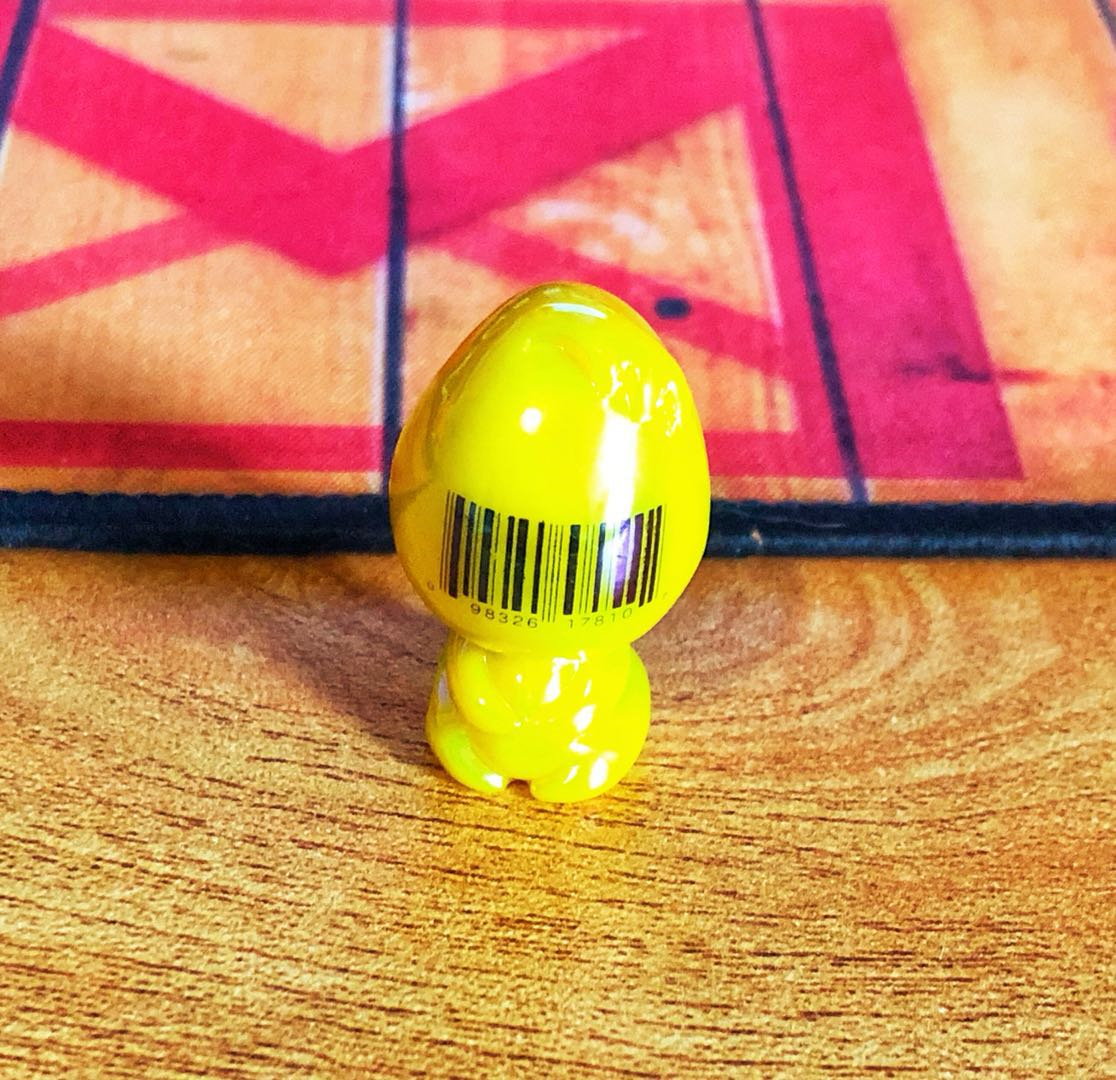 This is one of the glitter ones with a sort of jelly clear inside. Most my friends seem to remember Crazy Bones although they can't remember how to play it. I always played in a really simple fashion. Both players would line X amount of crazy bones and take turns flicking them at the opponents crazy bones until you knocked one down. After knocking one down you could keep going until you missed.

Just a couple days ago my roommate and I broke the crazy bones out and battled each other for about an hour. It's more fun when your'e playing for stakes or drinks but this night we just felt like playing a relaxing game after getting destroyed in a match of CS:GO online haha.

Turned the crazy bones around for a picture before we started playing! 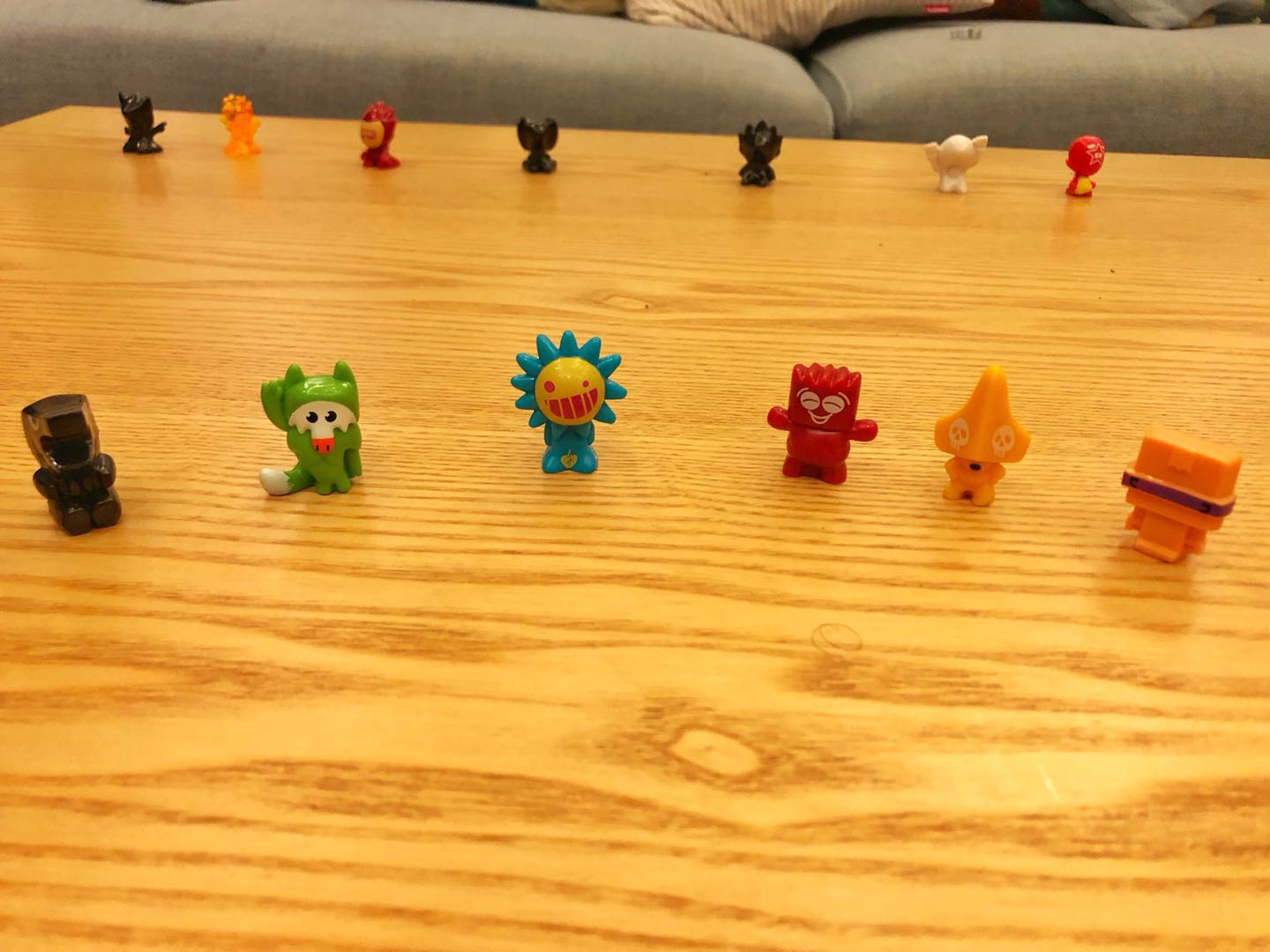 The crazy bones are lined up and ready for battle! Did you guys ever get into crazy bones, or depending where you're from 'Gogos' (some of my international friends seem to call them that). If you did play, did you have any special games or did you do the standard flick game?

There were so many different ways to play and I remember a long time ago some starter set I got even came with a playbook with several game variations.

Oh woah I would like to buy a bunch of those funny stuff, but it is expensive on Amazon or Ebay currently >.<

Yeah, they're collectors items now so they're a bit more expensive than they used to be. You can sometimes find good deals online, I remember finding a couple deals where you could get 10 packs for 10$ but at the same time you have to be careful because lots of people like selling the "things" or "sports" series for really cheap since they aren't as popular haha. My favorite ones are the originals, aliens, and the 4 new series. Sports one is alright but "things" is pretty garbage, who wants a lamp or scissors crazy bone haha.