What's up guys, I'm ggteixeira, just an average guy who enjoys playing games, reading posts on Steemit and making his own. For today's post we'll be looking at and listing my personal top three favorite MOBA games. Before continuing I just want to go ahead and state that this is an opinion piece. You may disagree with this list and hey that's perfectly fine. 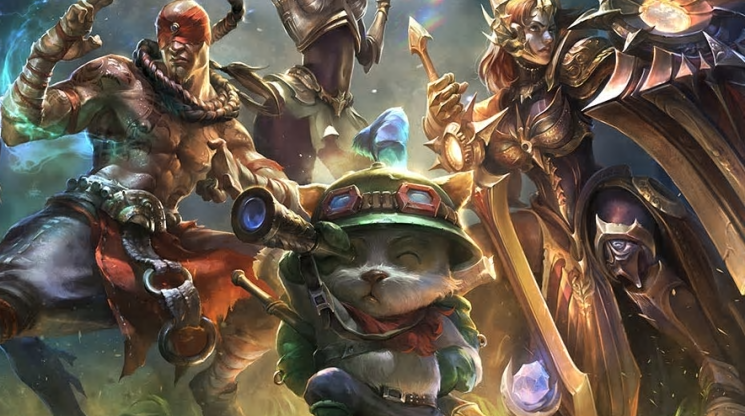 What is a MOBA?

Most of you are probably asking yourselves that question and I can't blame y'all, it's a very good question. You probably have either seen or played a game that categorized itself in the MOBA games category. Some of these games include League of Legends, Heros of the Storm, Dota 2, Paragon, Smite and so on. MOBA itself is a short abbreviation for 'multiplayer online battle arena.' It's a type of game where you pick a hero usually from a pre-set pool and fight it out in an arena-like map trying to complete the game's objective, most of which being destroying the main point in an enemies' base (Ex: The Nexus in League or Fountain in Dota).

MOBAs can also differentiate in style, especially with all the new ones coming out each year. Examples are some being played in the first person while others are played in the third. Some are played as competitive team based strategy games where others are more leaned back and friendly.

I'd also like to note that all games I'll be listing here are FREE, so make sure you go and check them out!

Now with all of that out of the way let's get right into the list itself. I know a lot of you already saw this one coming. Anyone who knows about MOBAs knows about this drug. In fact, most people who know about gaming itself know about this game. League of Legends is one of the most played games in the world. It also has a massive competitive scene and rules as one of the most streamed games on Twitch. With all this in mind it's safe to say that League if a very popular game among gamers. 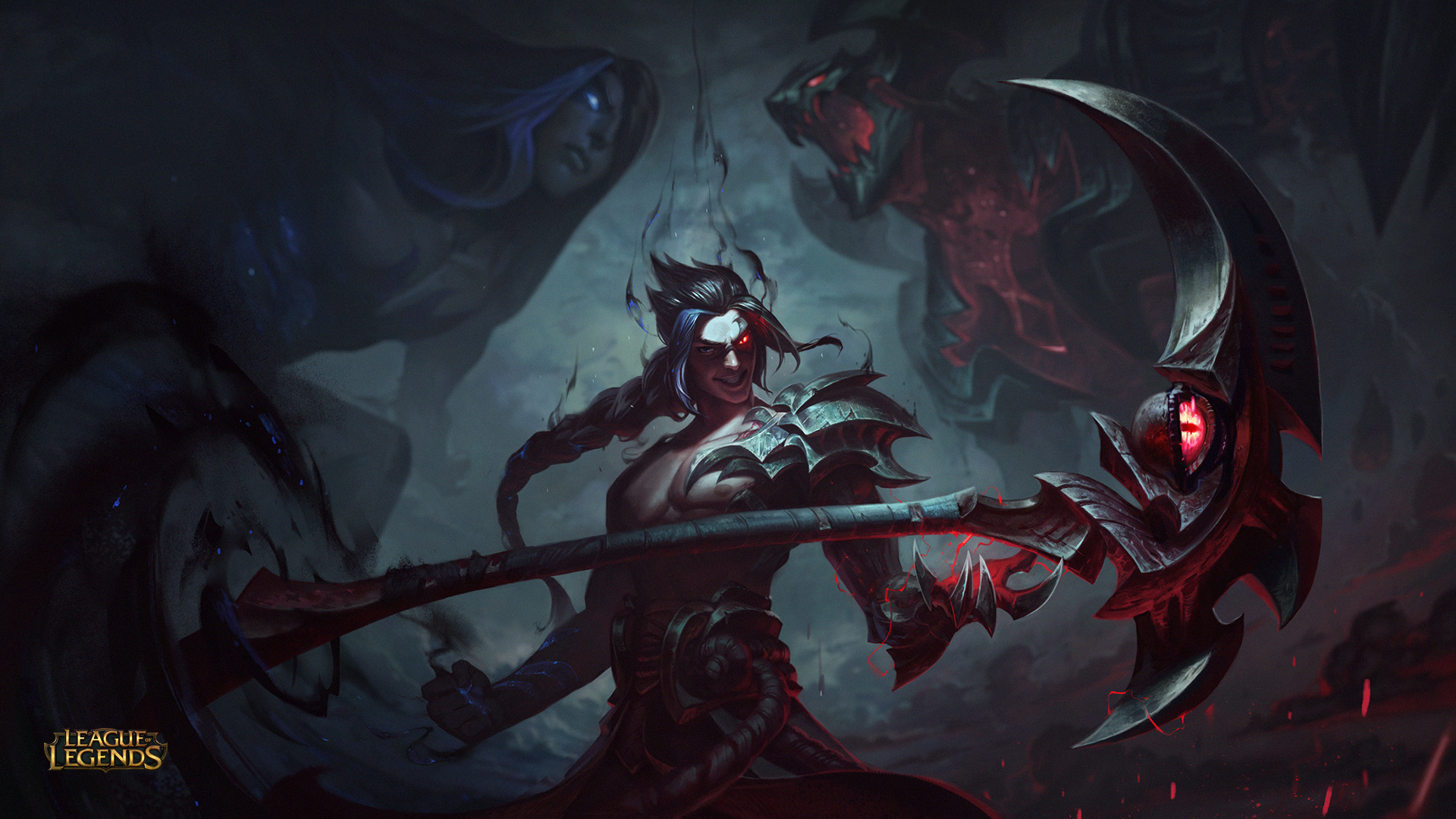 So what makes League so popular and why is it on my list? Well, the answers for both these questions go hand in hand. League of Legends is addictive and for very good reasons. It's constantly updated, patched and worked on as new content is pushed out for it almost every month. The gameplay itself is smooth, the community/team around the game one of the best I've seen and the competitive scene in League huge. Some people even live their lives off of League of Legends! I've easily put over hundreds of hours into playing League of Legends and played over hundreds of games. I've tried out dozens of the champions from this game's massive champion pool and tried all their items. And what really sells League for me making it one of my favorite MOBAs is it's great ranked-system leading to it's fist-clenching matches. If you're looking into a game to take seriously or find that you're a real competitive person like myself then League of Legends is the game for you. Are you into ancient mythology? Love reading up on the stories written by the ancient Greeks, Chinese and so on? Then Smite is definitely a game I suggest you look into. It's just like most other MOBAs with it's main game mode being it's 5v5 three lane with a jungle in-between destroy the main objective game mode but what sets it apart from most other MOBAs? It's played in third person, and it plays well. What I personally love about Smite though is how unique their champions are, or as the game refers to them, gods. With Smite you can pick from a variety of different champions based off of real life gods from a variety of old religions. Some of these include Zeus from ancient greek mythology or even the Chinese god of war. And the developers are constantly adding more and more champions into the mix which I can always appreciate.

Smite also has a competitive scene for those interested but I find is more leaned back and friendly in comparison to games like League. But a plus side about Smite is that it's playable on Xbox One and PS4, which is great for console players looking to get into a MOBA.

I know my brother loves Smite and watching him play on his PS4 is always tons of fun. If you got a console or even a PC, I definitely suggest picking this game up and checking it out. I mean what's the consequence anyway, the game's free! Last but definitely not least on my list, Dota 2. This game's the predecessor and successor to the first ever MOBA game, Defense of the Ancients, a mod for StarCraft. How does it hold up the legacy? Absolutely greatly. Dota 2 in my opinion has the best champion selection to pick from. All their champions are unique, balanced and tons of fun to individually play. The game feels smooth, the matches play out great but most important of all. . . There's a working mic chat.

Yes, you heard me a working mic chat. You can actually use voice communications to talk with your team. That's such a rare commodity to find in MOBAs nowadays because of toxicity, safe spaces, etc. Sure, the mic chat is usually infested with angry Russians and screeching kids, but that's just all part of the fun. Another thing I enjoy about Dota 2 is their cosmetics and character customization. Even if you play the same champion as someone else, your champion can look completely different. Whether that's your weapon, helmet, armor and so on, there's always something different going from champion to champion.

Want to know something else? You don't have to pay for cosmetics, you can earn them at random by just randomly playing. Tell me that isn't great?

I played tons of Dota 2 back when I was but a young pre-teen and the game was in closed alpha. Let me tell you, it was tons of fun. If there was ever a game to rival the League of Legends competitive scene, it'd be Dota 2. Just try to make sure you don't get banned for swearing a kid out on mic chat or abandoning your game early. Learn from my mistakes.

On a final note, you can pick this game up for free on Valve's Steam.

Thank you all for reading and I hope you all enjoyed the list. I encourage y'all to comment below your favorite MOBAs and what you think of my list. Once again I'd like to note that this is based off of opinion and if you disagree, that's fine. If you have any questions feel free to reply below and I'll respond as soon as I see them and as always I hope you all have a wonderful day.

Submit
$2.48
18 votes
5
Authors get paid when people like you upvote their post.If you enjoyed what you read here, create your account today and start earning FREE STEEM!
Sort Order:
[-]
pacokam8 (59)  ·  3 years ago

Nice one! I've played all of these and have hundreds of hours both in League and Dota but my best memories from moba games are from HoN (Heroes of newerth) being the first adequate dota 1 clone which went its own way and just couldn't keep up with the other big names that came out later.

Congratulations @ggteixeira! You have completed some achievement on Steemit and have been rewarded with new badge(s) :

Can you refrain from spamming the comments with a request to promote yourself, thank you.

Spam on the community is not tolerated and more action from @cheetahbot and @steemcleaners might occur, which will cause a lot of problems for you.

I would edit or remove your comment if I were in your situation. Have a good day!