My start in gaming..

Yesterday, I wrote about Total War. It was not my intention to write the article I did. I wanted to write a quick review on Total War WAHAMMER, but the entire article changed somehow. I was caught in a nostalgic trip down memory lane and therefore, today I decided to write about my early start in gaming...
The link to the article is here: https://steemit.com/gaming/@dracosalieri/creative-assembly-why-dost-thou-bestray-me

I cannot be sure how old I was, but the earliest memory that comes to mind is sitting on my mother's lap as she was playing an Aladdin game that was released in 1993. When it was released I would have been 2 years old but probably only played later. 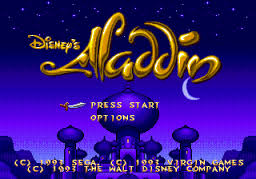 That was for some reason the only game I ever recall my mother playing. I dabbled with the game at that young age and can probably blame that for my obsession.

The first game I ever finished was the first Age of Empires that was released in 1997. I was 6 years old and very proud because I beat my dad to completion. After that it becomes a haze as I devoured every game I could find. From commandos to Medal of Honour to Total Annihilation.

My father was a bit of a gamer in those days and would sometimes bring home games from work. One such game was StarCraft. Now that was a beauty of a game. 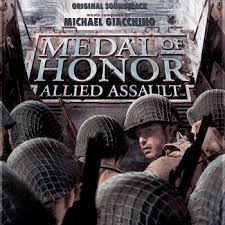 Growing up in South-Africa, I was never fortunate as a child to have a proper internet connection. We first got connected when I arrived in High School and even that it was on a capped account. I obviously played at many LAN parties and got very involved with my local community of gamers.

Eventually, I took up a bit of a side-job and was able to help my parents get us properly connected. I immediately joined a clan. Back then we were called 'B.O.B - Band Of Brothers'. It was not a very good clan and the main goal of the clan was to socialise. We would often gather on TeamSpeak and all join and wreck servers in games like Call of Duty and Battlefield.

When the clan owner resigned, I was lucky enough as an officer to be promoted as one of the Clan Owners. We immedialtely rebranded into RsD and started playing local competitions.

As a clan we also hosted events such as our Ironman contest or King of the hill..

I had great fun and stress with that. Today I am back to my Social status. I still serve in a training and advisory capacity but my love for games won out in the end as competitive ttakes all your time..

Hope you have many more fun hours playing games.

I will always make time! My father somehow does..

Total war is one my favorite game.

I'm not much a gamer anymore. But it is obvious you love it. And i love that. So cheers and i am sharing this with @Steemtrail. https://discord.gg/uwjBaHb

I think I played that Aladdin game aswell when I was younger!

Along with the Lion King game released a year later, I believe they are Gems that have been forgotten..

I know the feeling when I decide to write about something, but end up writing about completely different stuff. Anyway looking at what you like, I’m working on a project that you might be interested in. Will you adhere the calling your geekiness?

I saw your post yesterday and I did upvote. I will always answer the call!

Ah awesome and sorry! I’m not able to keep track of who already saw it anymore and at the same time I want to do as much promo as I can, so the reward pool can grow as much as it can when we start playing:).

Ah Commandos, such a great game. I think they could make a new one if they really wanted to.

I would welcome that, but they kinda killed the franchise with that FPS they released..

I member Total Annihilation, too!

Then you, my friend, are a classic gamer. Thank you for reading...

Remembered playing a lot of Counter-Strike 1.6 via lan in school in 2001. Thanks for bringing out good memories! Keep on posting, willing to follow))