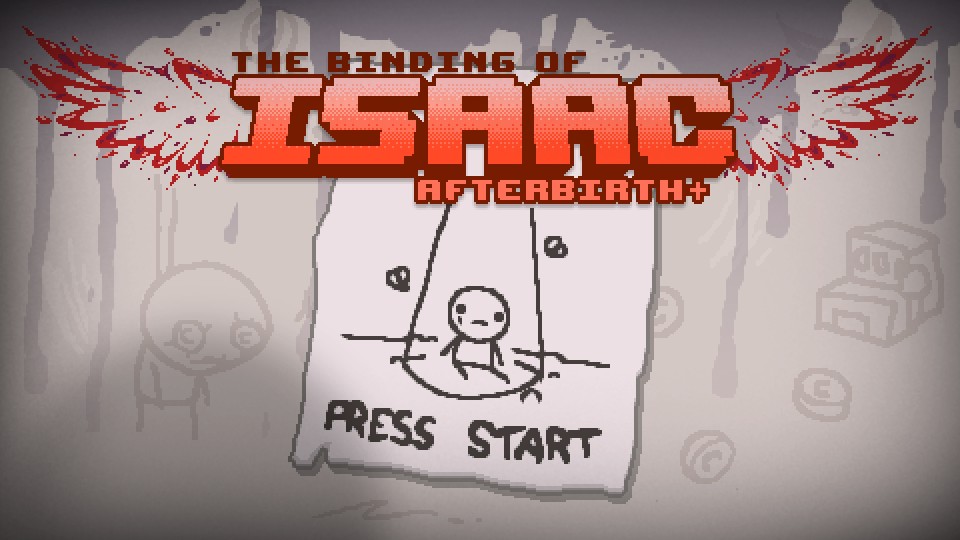 I played the original Binding of Isaac back in 2011 and the latest remake 2014 Rebirth is just as highly addictive. Before going into anything, fans of the original game need not read further as Rebirth and its DLC Afterbirth and Afterbirth + have the same gameplay as the original with additional items, characters, monsters, bosses and mechanics. If you enjoyed the original, you will enjoy its pseudo sequels more comparable add-ons rather than expansions. The narrator tells us that Isaac and his devoutly christian mother were living happily until Isaac's mother started hearing a voice in her head claiming to be a divine being. Isaac's mother on the order of the voice in her head removes all toys from Isaac's room, isolates Isaac in his room and and is compelled to make a sacrificial lamb of Isaac to prove her devotion to God. Isaac escapes into the basement through a trapdoor in his room and the game begins.

Throughout the game we learn the story through items that we discover such as something called Mom's Purse, containing only pills. Post-boss fight cinematic show Isaac suffering through his daily life with bullying, getting gifted poop, and running out of toilet paper. Many fan theories exist that try to finish the jigsaw that is the gameplay with the story. 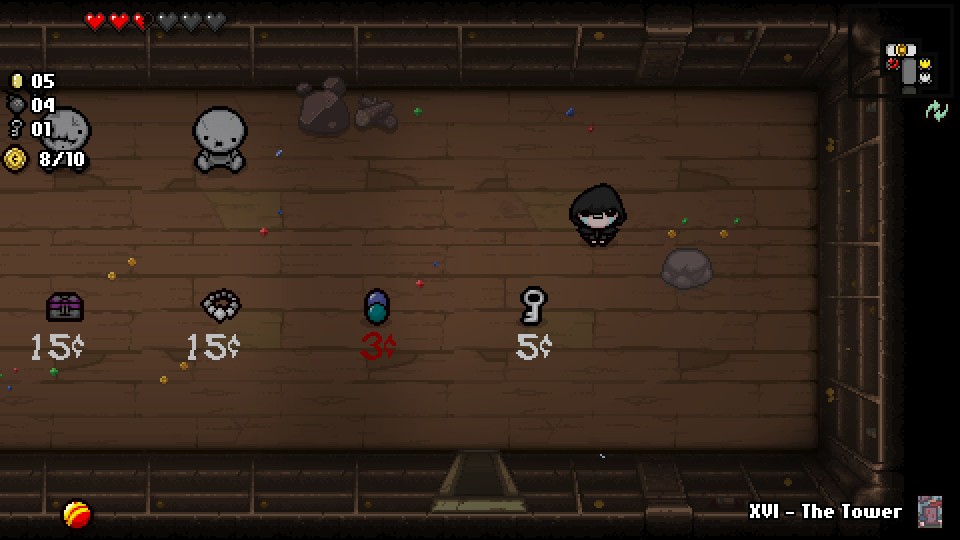 There are 4 types of hearts that make your up hit points.

Red hearts- Red heart containers are the most common and a sort of regular, permanent health bar that can be replenished by finding hearts scattered throughout the game. They are rewarded through gambling, clearing rooms and purchasing at shops. You can exchange your max health for more blue hearts and increase your max health by finishing the level with white hearts and picking up some items

Blue Hearts - Blue hearts are the second most common heart and are like armor that goes up on top of your max health. When damaged your armor will be depleted before your base red heart containers are hurt.

Black Hearts - Black hearts are like armor like blue hearts that when the containers are depleted it activates a retribution spell that damages all enemies in the room. This makes black hearts strictly better than blue hearts making them the 2nd rarest heart to find.

White Hearts - White hearts are the rarest and when you finish a level with you gain an additional red container. Stats are health, damage, tears, range, shot speed, speed and luck. They're self explanatory. There are pills in the game that increase or decrease your stats. It is a gamble to use pills that you do not know what the effects of are which could reduce or increase any of your stats. I would say 80% of the items you come across are an upgrade, some more of side grade and the rest terrible pickups. For example, I gained an item that made it so that all tears fired in the direction of a point in the screen which made my shots more accurate but actually to aim due to my inability to change directions of my shots quickly. It was so bad that I reset the run because of it.

The first time you pickup an item it might passively increase your stats or change the mechanics of how you fire your shots. It encourages trial and error because unless you look the item up on the wiki or have used the item before you don't understand what it actually does. The item you see on the pedestal might actually be a trash item. The coolest part of it is that items actually synergise. I had one item that made my tears fire in a zig zag and another that made my tears into a laser attack. The result was this. 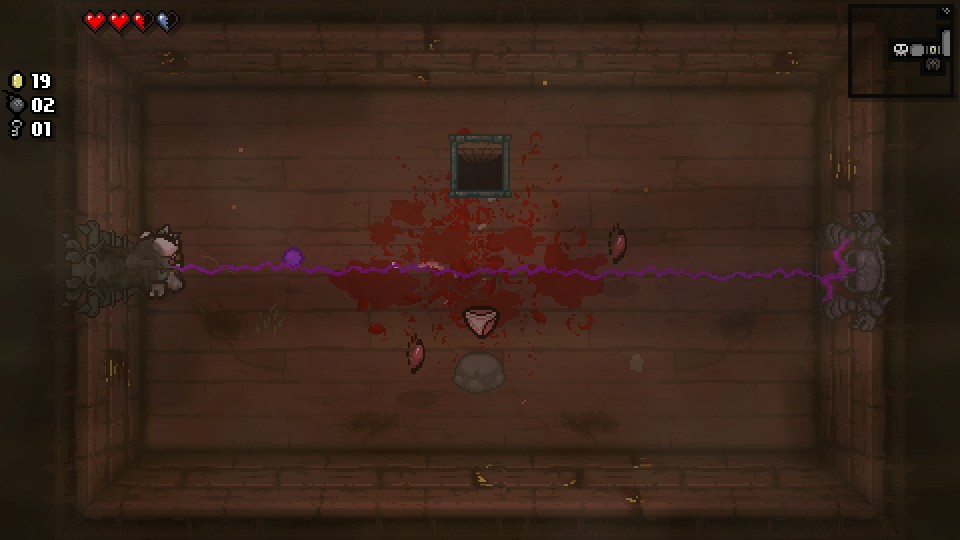 Power has a price, even if it is just visual. There's no beauty stat to speak of but it does say something when as the game goes you start looking like the monstrosities you kill.

The Binding of Isaac is an extremely addictive time consuming game. You'll be redoing runs trying for achievements which will unlock items and playable characters in the basement potentially taking up hundreds of hours of your time. Randomly generated levels and seemingly infinite combinations of items keep the gameplay fresh and exciting along with steam workshop support.

Congratulations @badcaptain! You have completed some achievement on Steemit and have been rewarded with new badge(s) :