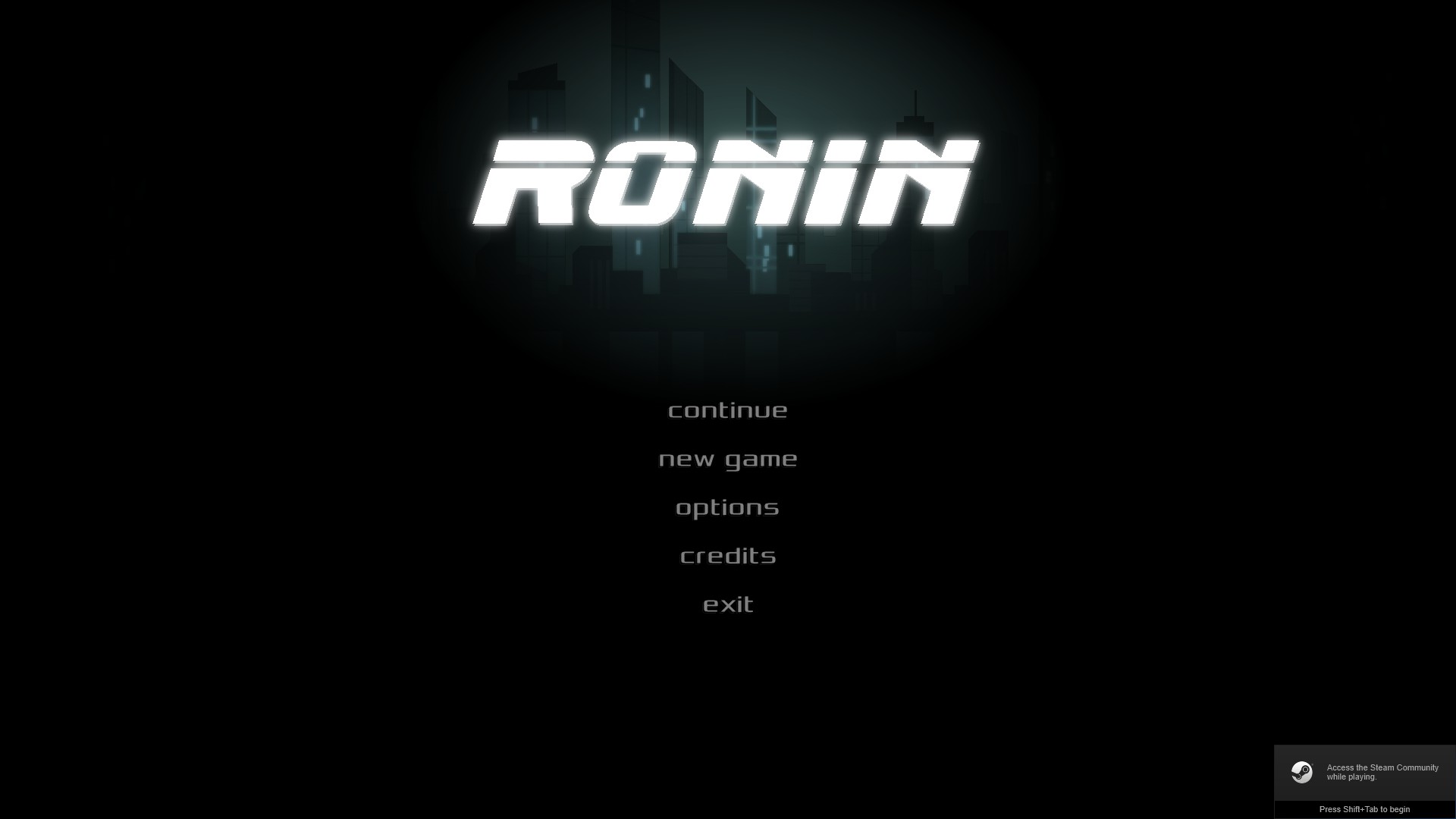 You're out for vengeance against five powerful people. They are of the same organisation and battalions of guards who stand in your way. It's implied that they betrayed you and your father but nothing is ever completely explained. Instead, the narrative is dripped to you through a few sentences at the start of a mission. 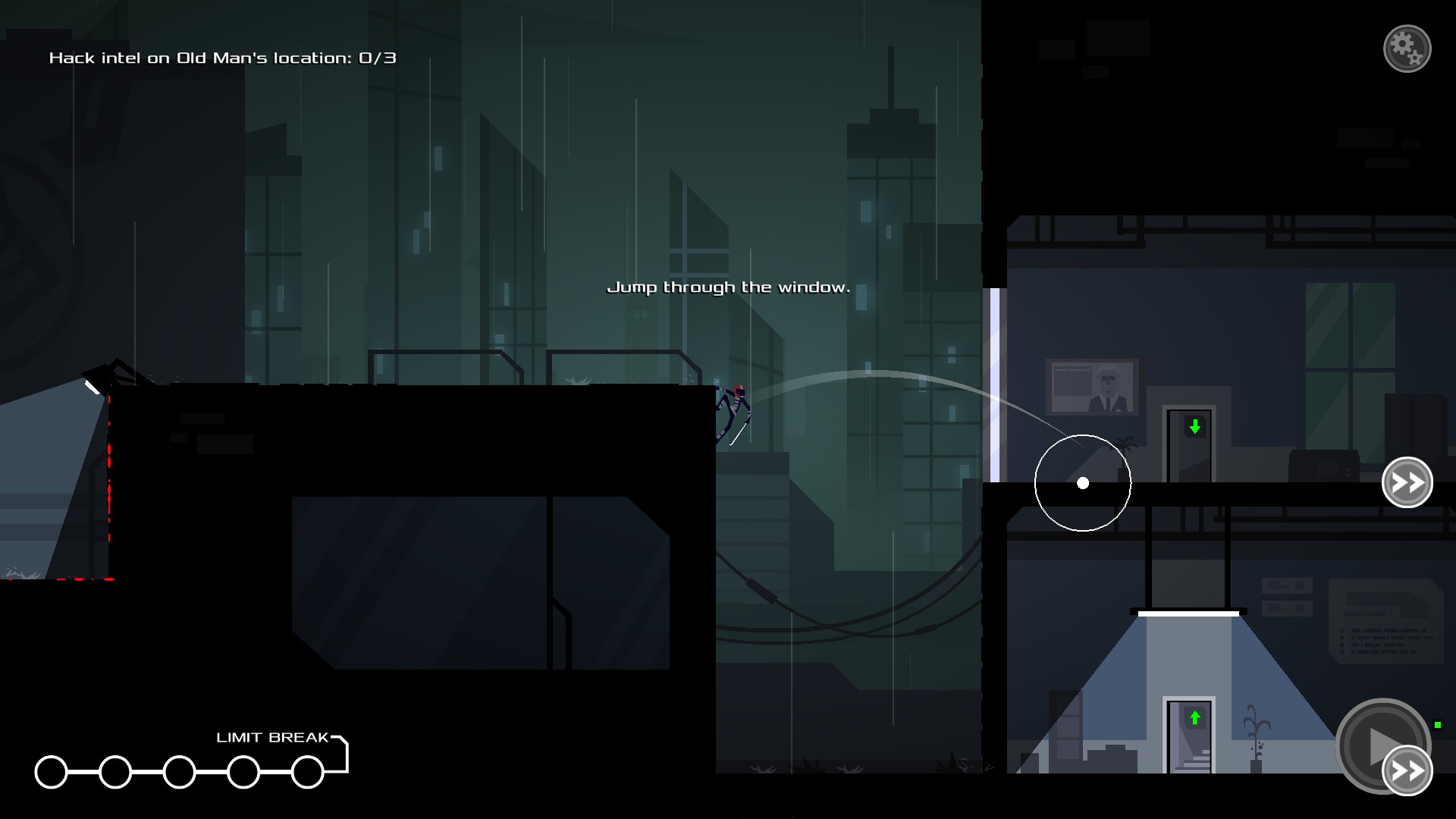 You are immediately thrown into a tutorial explaining that outside of combat is real-time with fast climbing, running and jumping but during combat the game is turn based. This lets you see where the enemies are aiming at. 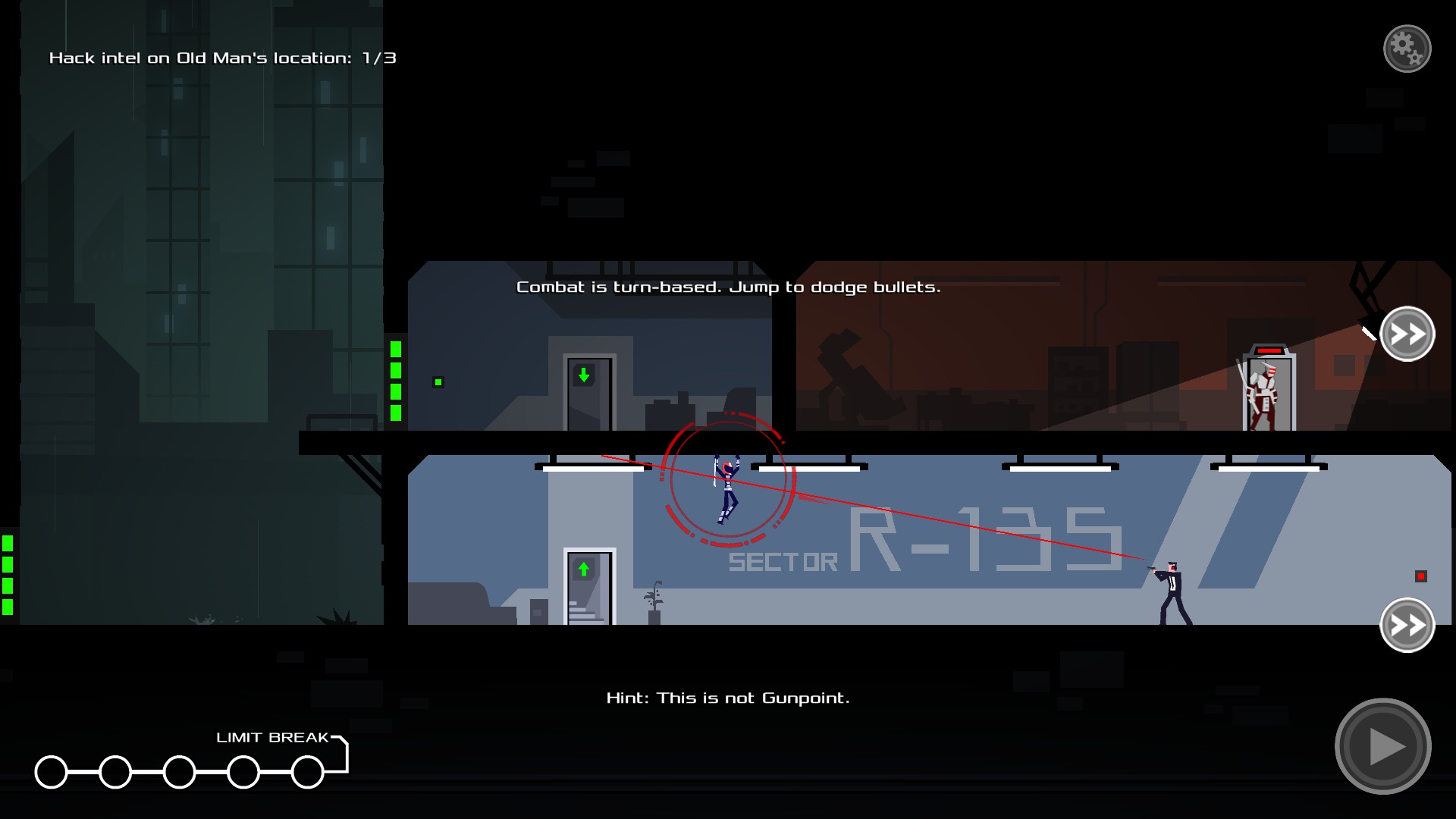 You are killed with one hit but the player gets first strike so you will kill your opponent before they kill you. The only issue is you have limited ranged so you have to dodge into their face or tackle them with a jump before you can attack. With multiple opponents you will not be able to perform the final blow without getting shot so you have to play carefully. 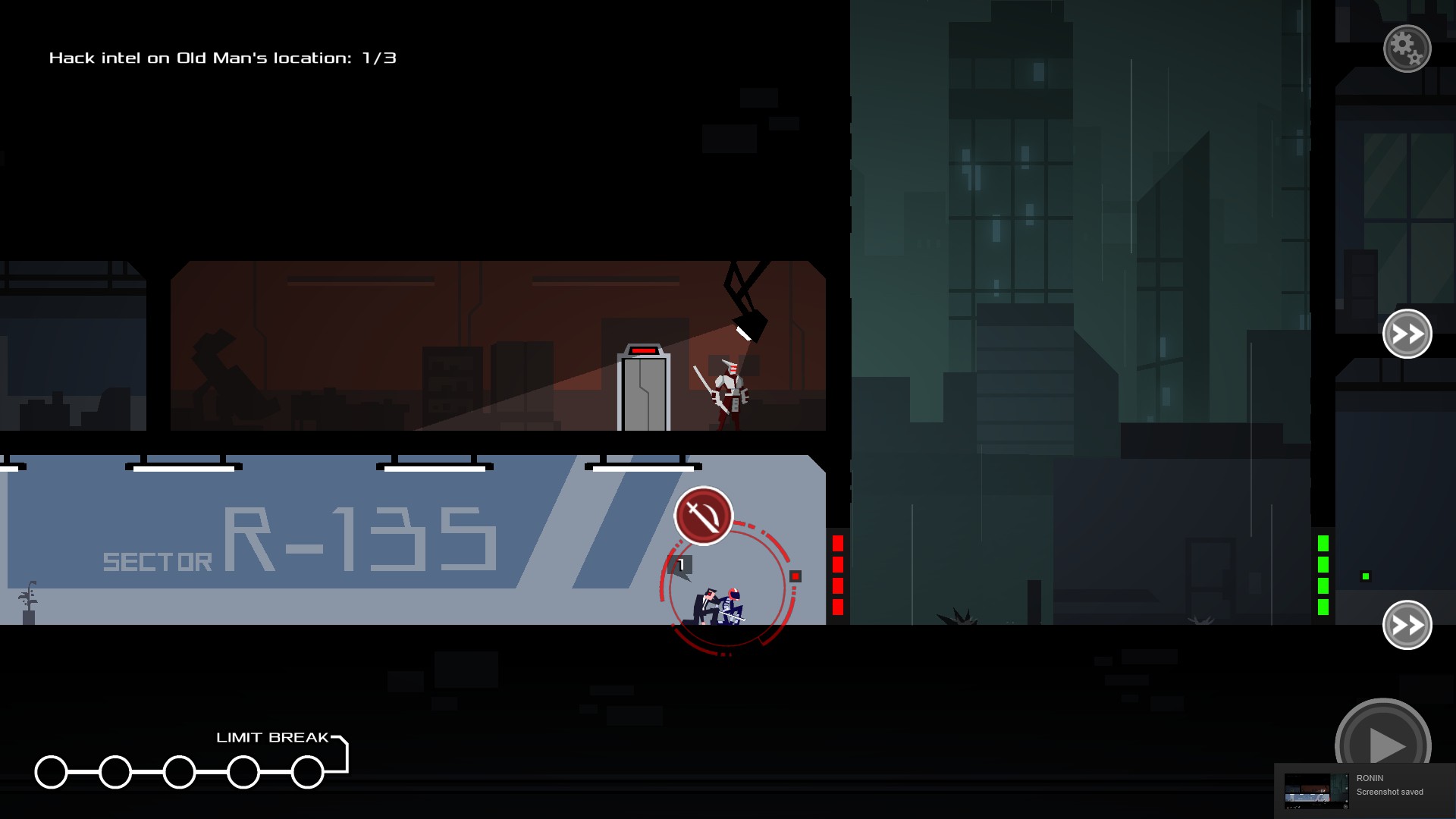 There is not much variety in the types of enemies in this short game. There is the regular guard, robot guard and a robot samurai along with the 5 bosses. The bosses are not hard to kill on their own, their difficulty comes from the guards that surround them. This boss was unarmed 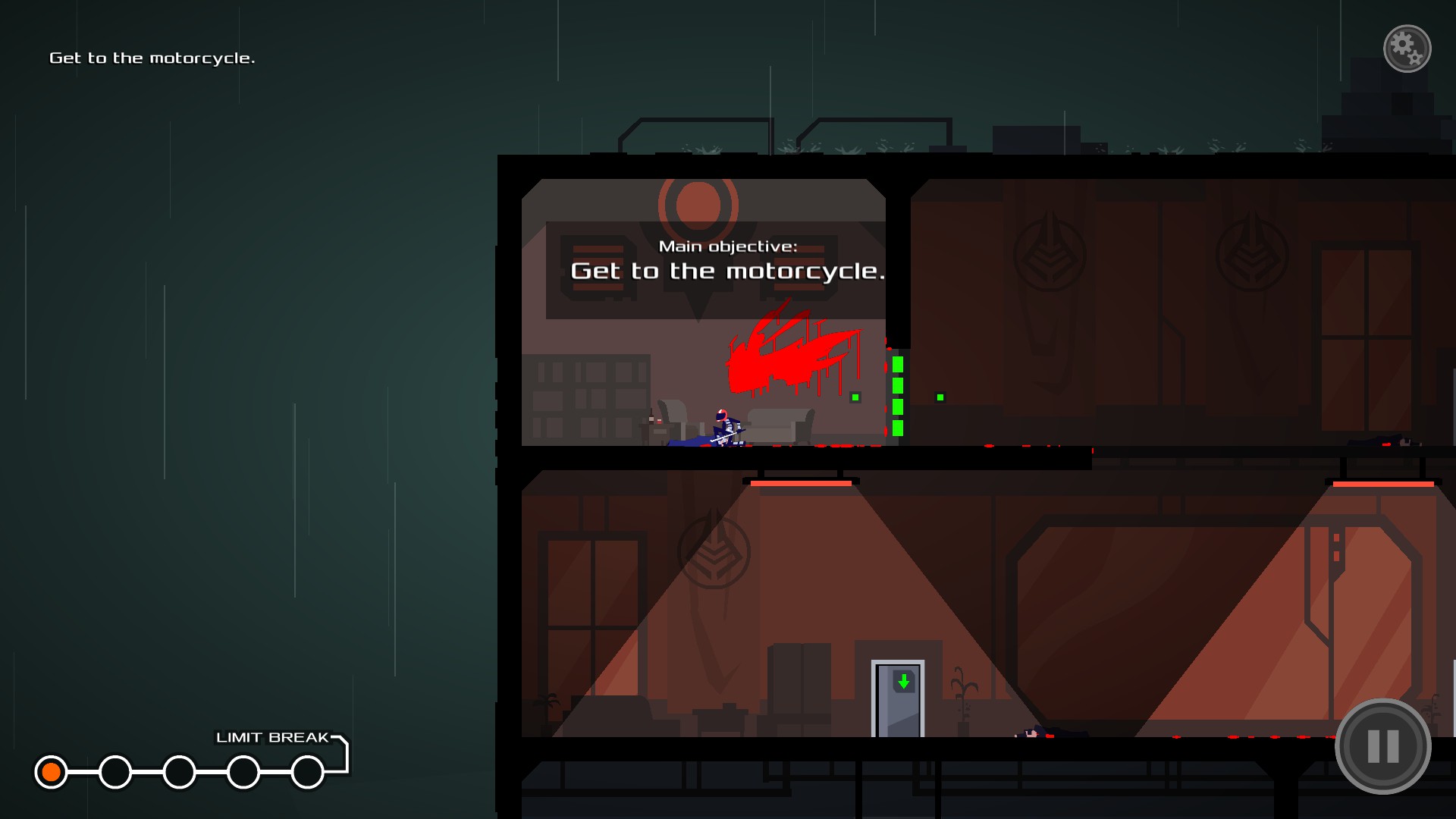 The game gets much easier the more effort you exert. You can take out many enemies by hanging them a ceiling before dealing with the rest of the mooks making the room so much easier to clear. There is a great incentive to complete the bonus objectives which are sparing all civilians, preventing a lock down and killing enemies. 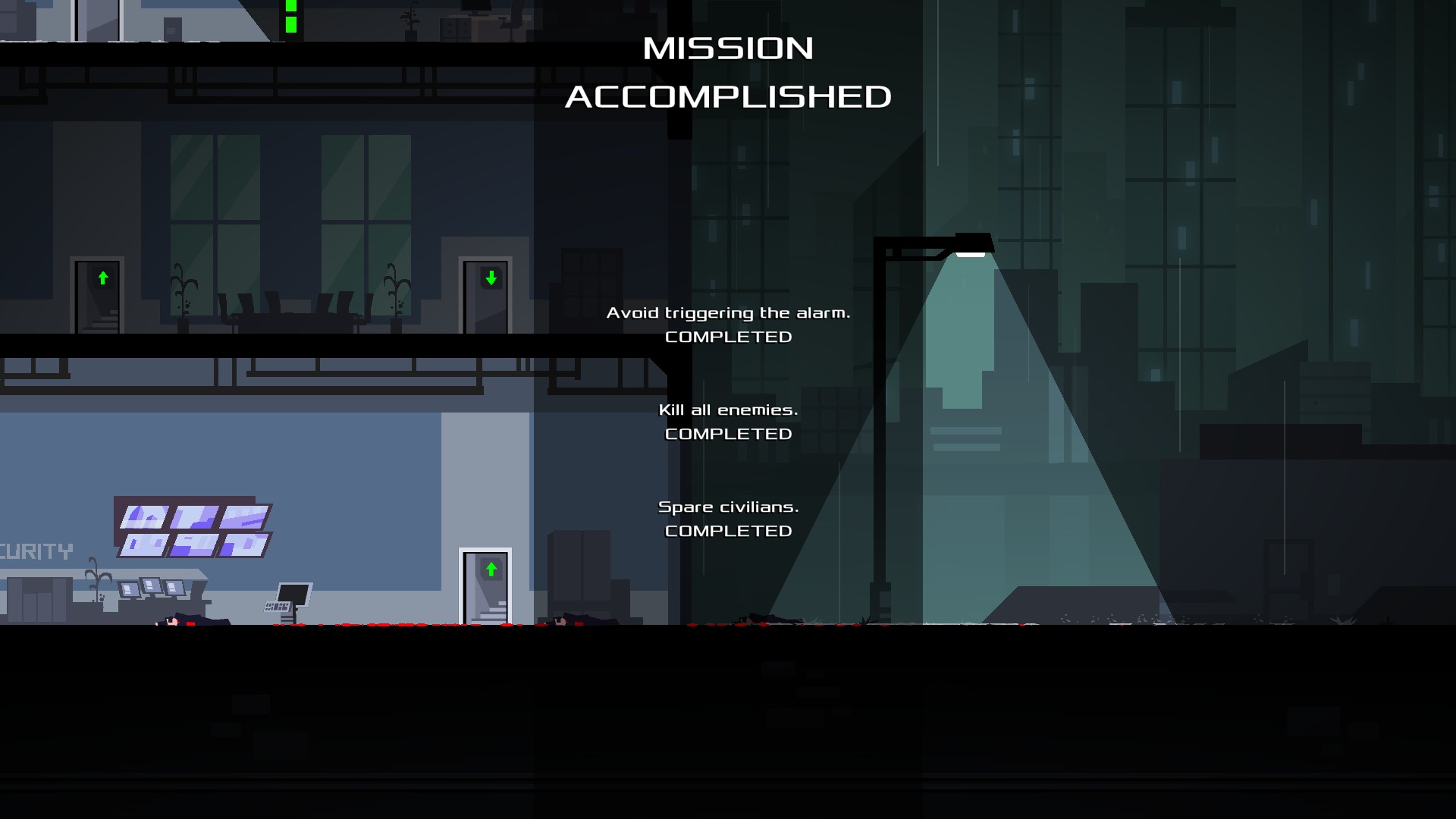 A skill point is awarded for completing all objectives which give you abilities that make the rest of the game so much easier. A short, yet difficult stealth platform that despite the lack of variety of enemies gives a great challenge to the player. For some levels it might take you 30 tries to complete it perhaps even more if you wanted to complete the bonus objectives.