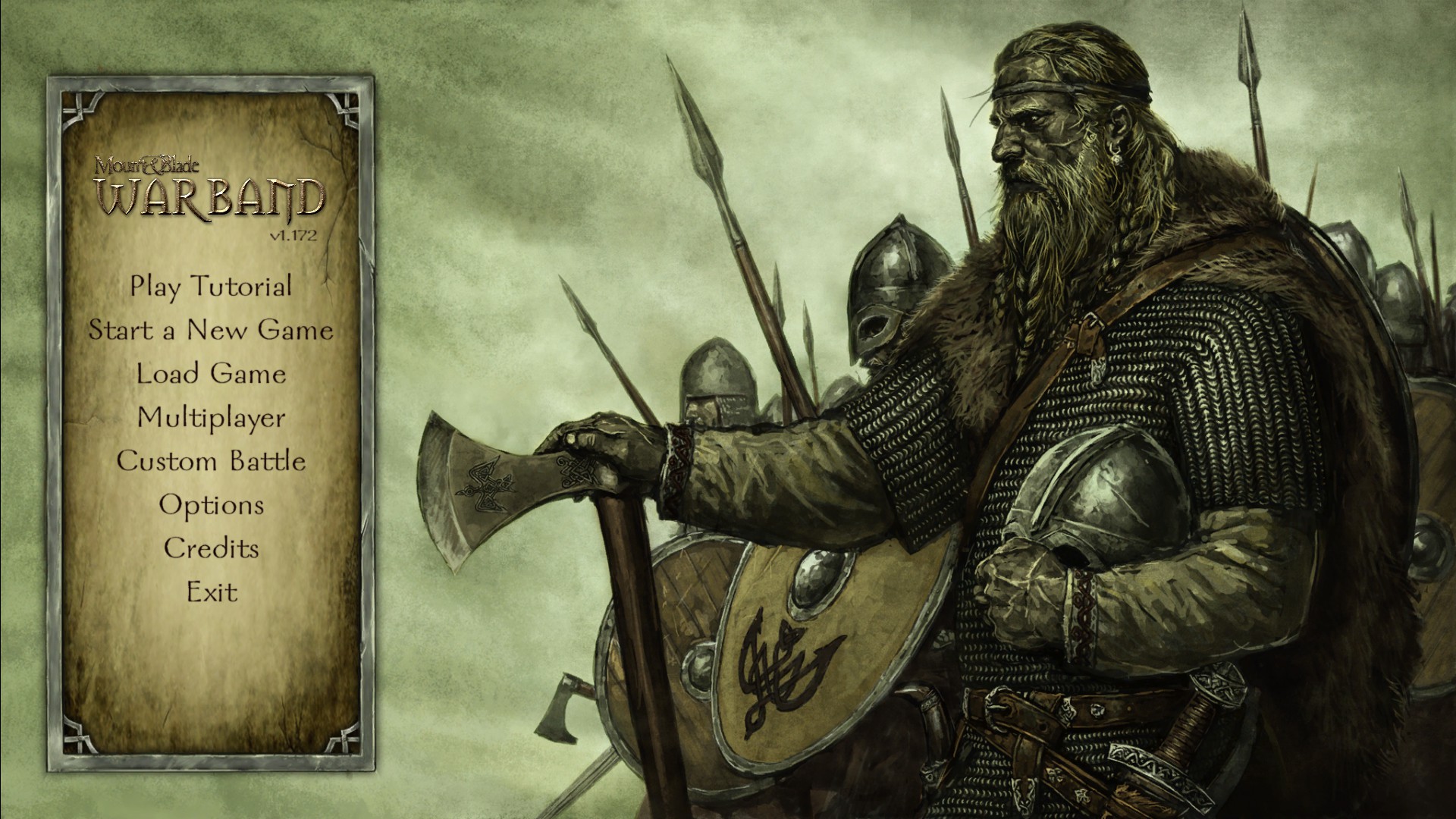 Mount and blade has never been a narrative driven video game. It is true that there is a character creation screen with archetype RPG elements so it does technically qualify as one. But it should not be mistaken for an Arcanum or Fallout RPG. You have typical attributes like charisma, strength, intelligence and agility that enables you to raise your skills. 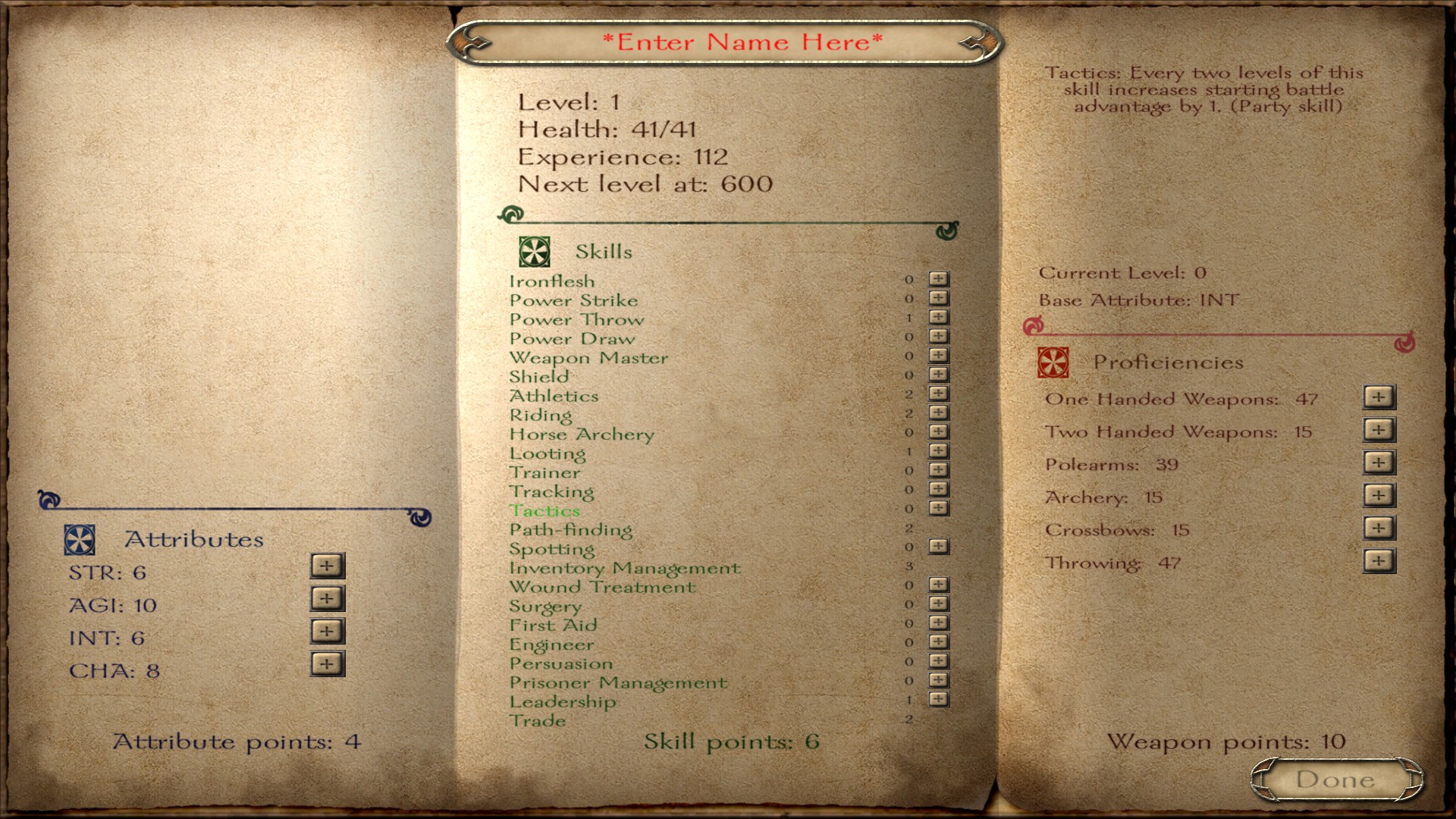 You can customize your character... 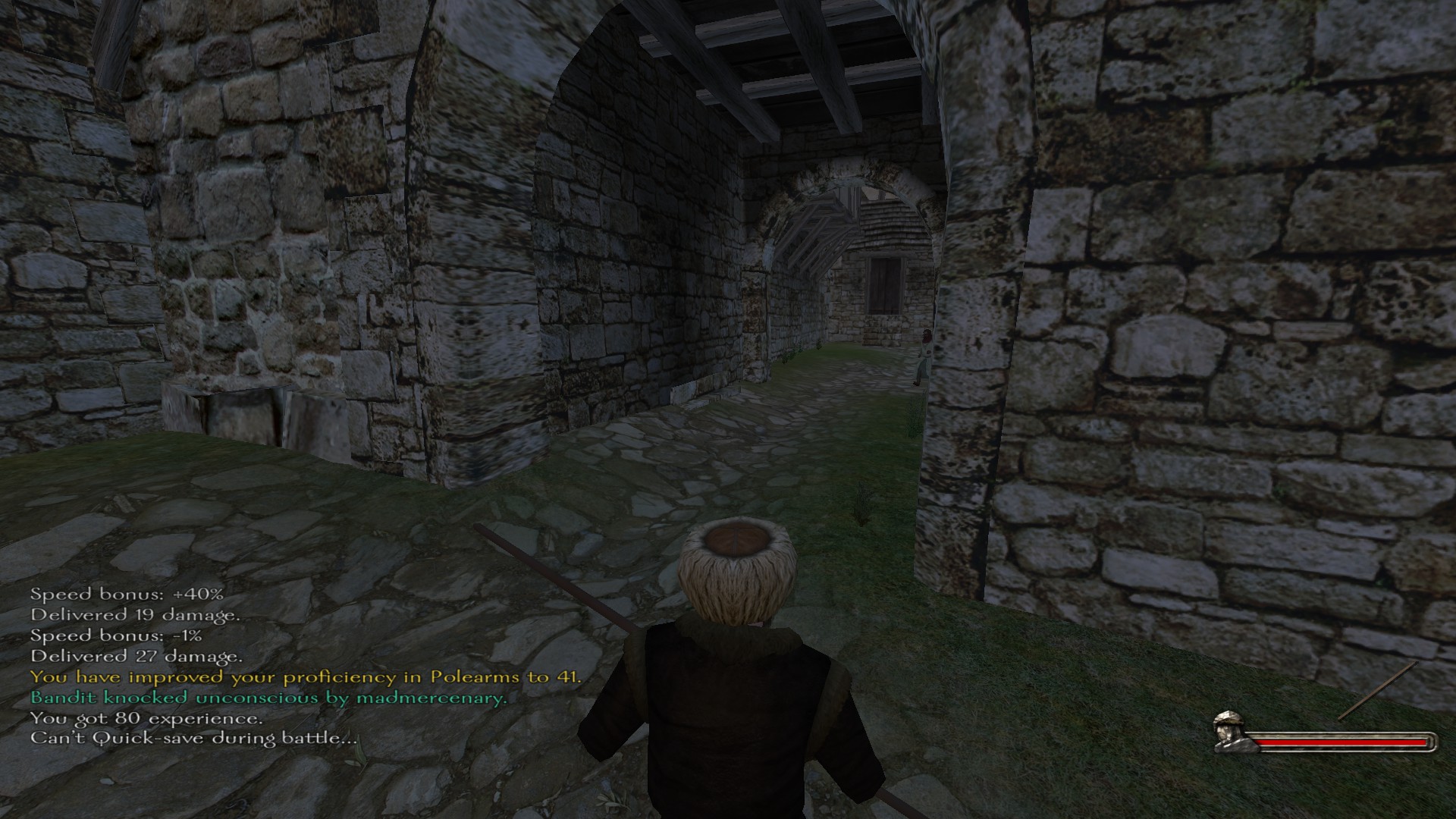 But either way you refuse or agree to help the first quest giver you encounter. It doesn't really matter. There is no main quest line that when you finish the game officially ends. The quests you get are repeatable with village elders wanting to drive cattle towards their villages, guild masters wanting you to escort a caravan to a city and vassals wanting you to stir up trouble between their kingdom. The quests are about everyday problems, not about defeating the big bad. There is no true ending to the game. You can't even execute lords so they'll just keep coming back. You're dropped into a large continent when you leave the first city and depending on what origins you picked at the beginning you get attributes according to it. The only permanent settlements on the map are villages, castles and cities. Villages are where you can recruit and you can pillage them for quick income. Pillaging is not worth it unless you're a vassal because the faction that the village belongs to will collectively hunt you down, banning you from their castles and towns. Pillaging is not instant so a full army stack can come out of nowhere and attack you while you 'locked' in pillaging mode. 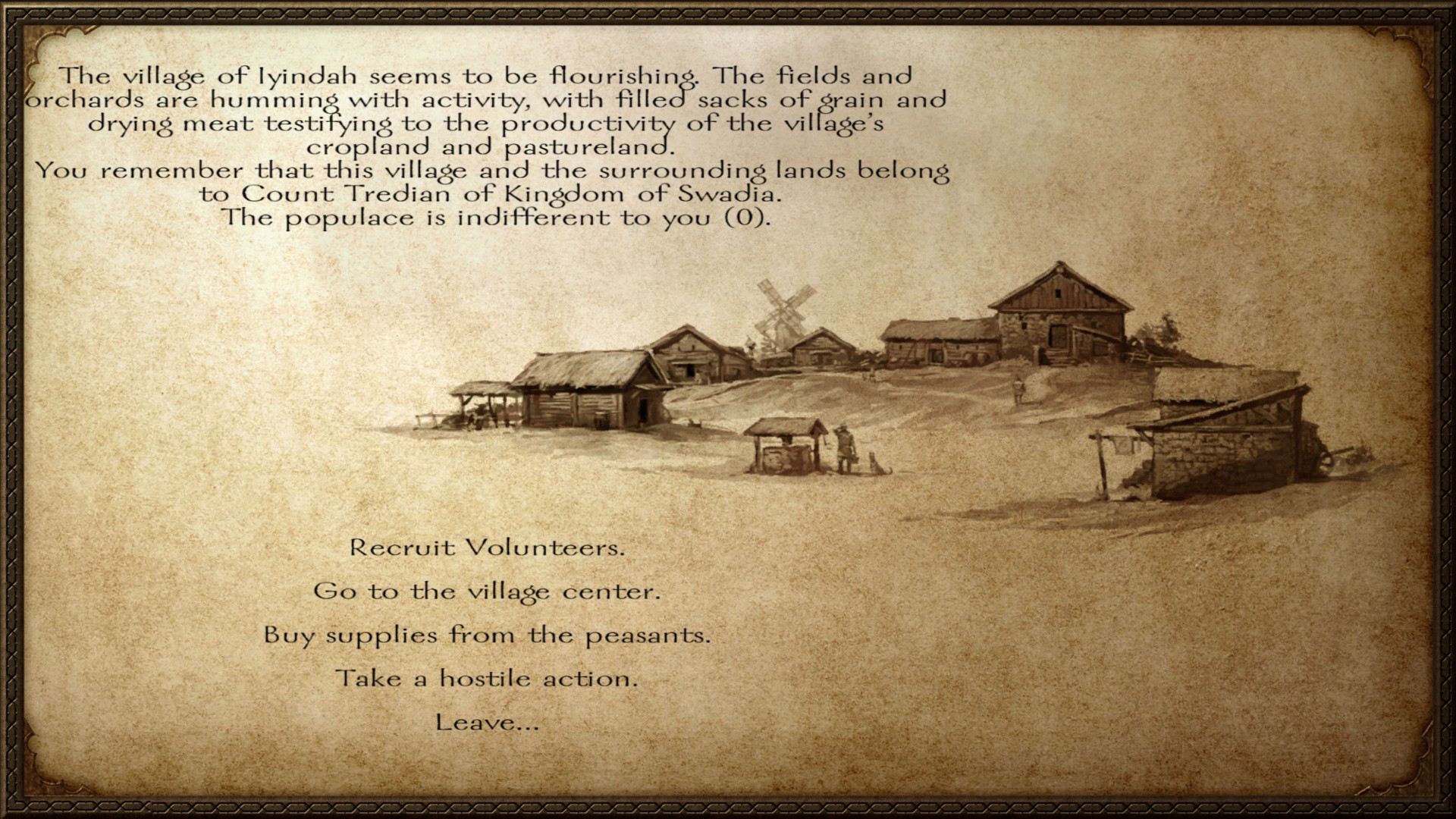 Castles are essentially a worse version of cities. They do two things; garrison troops and give income. Cities are where you can trade goods, armor, horses, and arms. It also garrisons troops and gives income. It even has an inn where you can get bounty hunts and hire expensive mercenaries. Yes, it's worse than a castle. 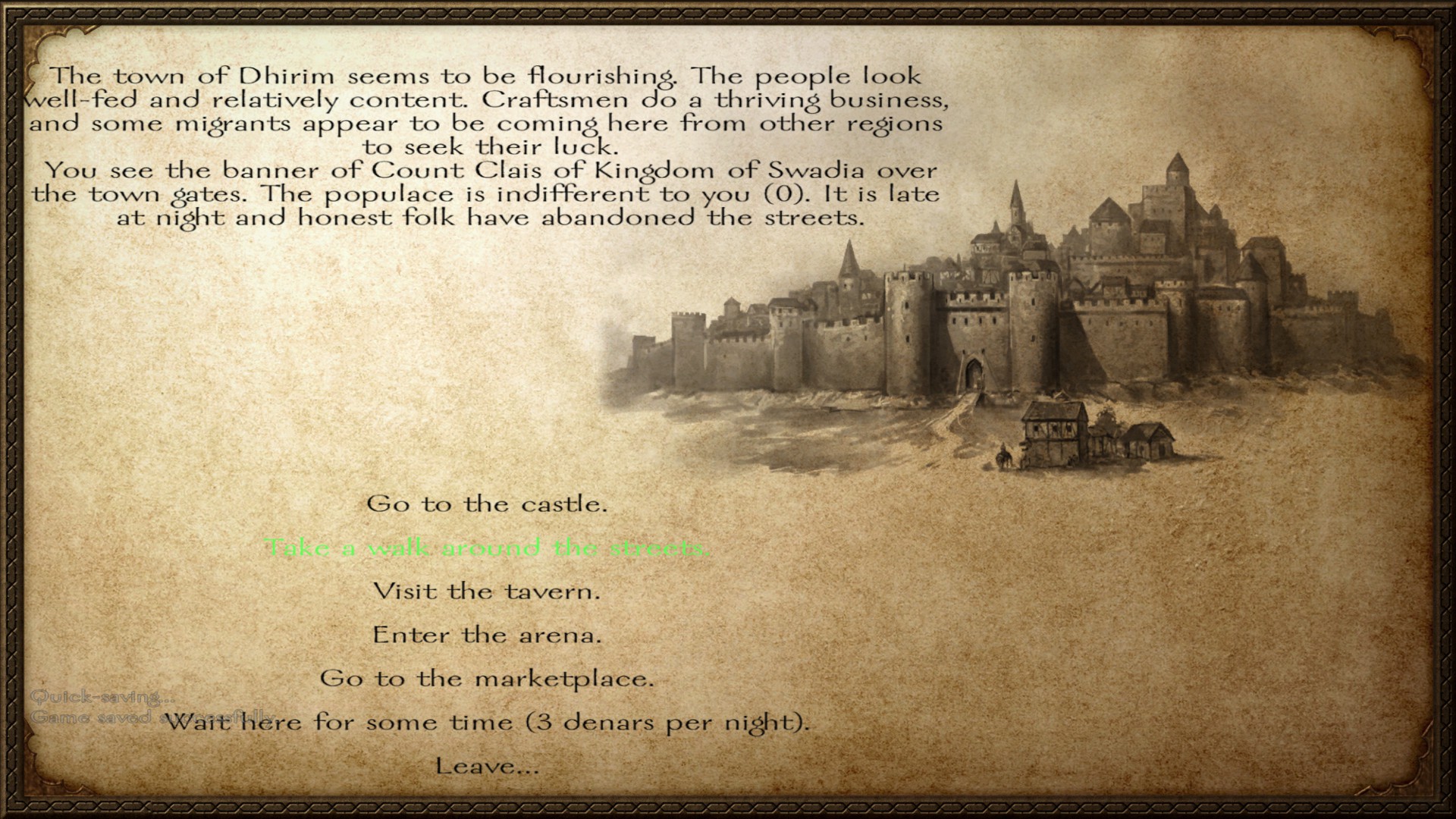 What else is there on the map

There are villagers, caravans, bandits and lords on the map. That's it. Villagers just walk around settlements like caravans, bandits come and extort you for money and lords fight each other and try to attack you if you aggress against them or your faction is. How does the map play out?

Essentially there is too much space between settlements so your pathfinding skill (makes you move faster on the map) is super essential. If not bandits will come and extort a PERCENTAGE, yes a PERCENTAGE of your money every time they catch up to you. If you refuse, they will destroy your army which is easy for them at the start, take you prisoner and steal money for you anyway. 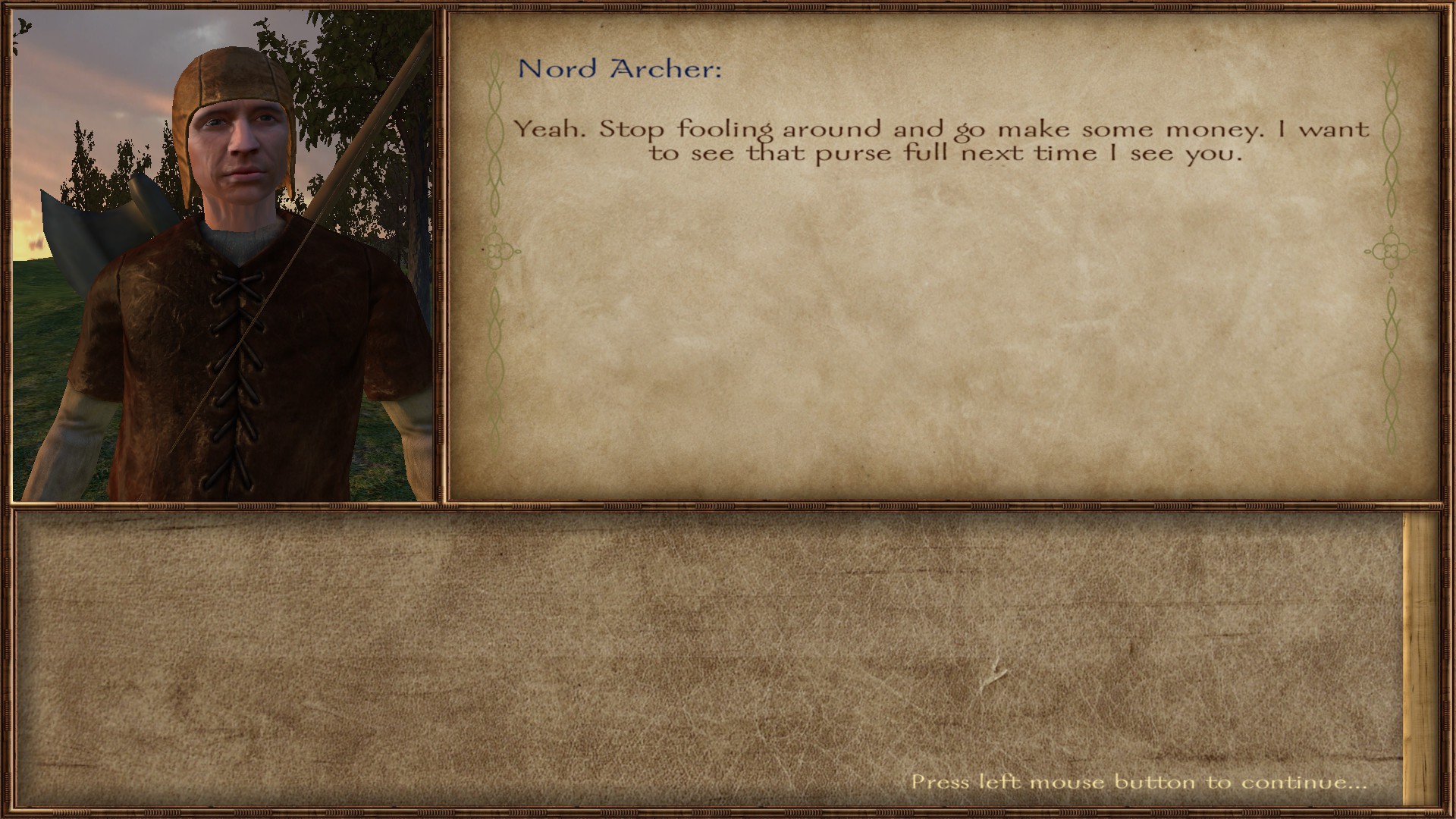 Did I mention that lords do the same the thing if they're hostile towards you? You can't even get revenge later on because the bigger your army is, the slower it means which means roaming groups of bandits will keep evading you.

While we're on this topic, let's get into the battles

The combat is itself is basic and does make sense to the game's credit. You swing right so the the enemy has to block to their left and vice versa. Aiming gets more accurate the better your skill in is, and shield are easier to block with since it can be held but will break eventually.

The battles play out pretty well, at the beginning. At the start, the AI and player's army starts far too away each so it takes 30 seconds for the armies to meet unless at one of them has a full cavalry army. A completely unnecessary delay. The battle when it gets to the mid part when the armies clash is great you're riding through, issuing commands, just helping your army see the day. 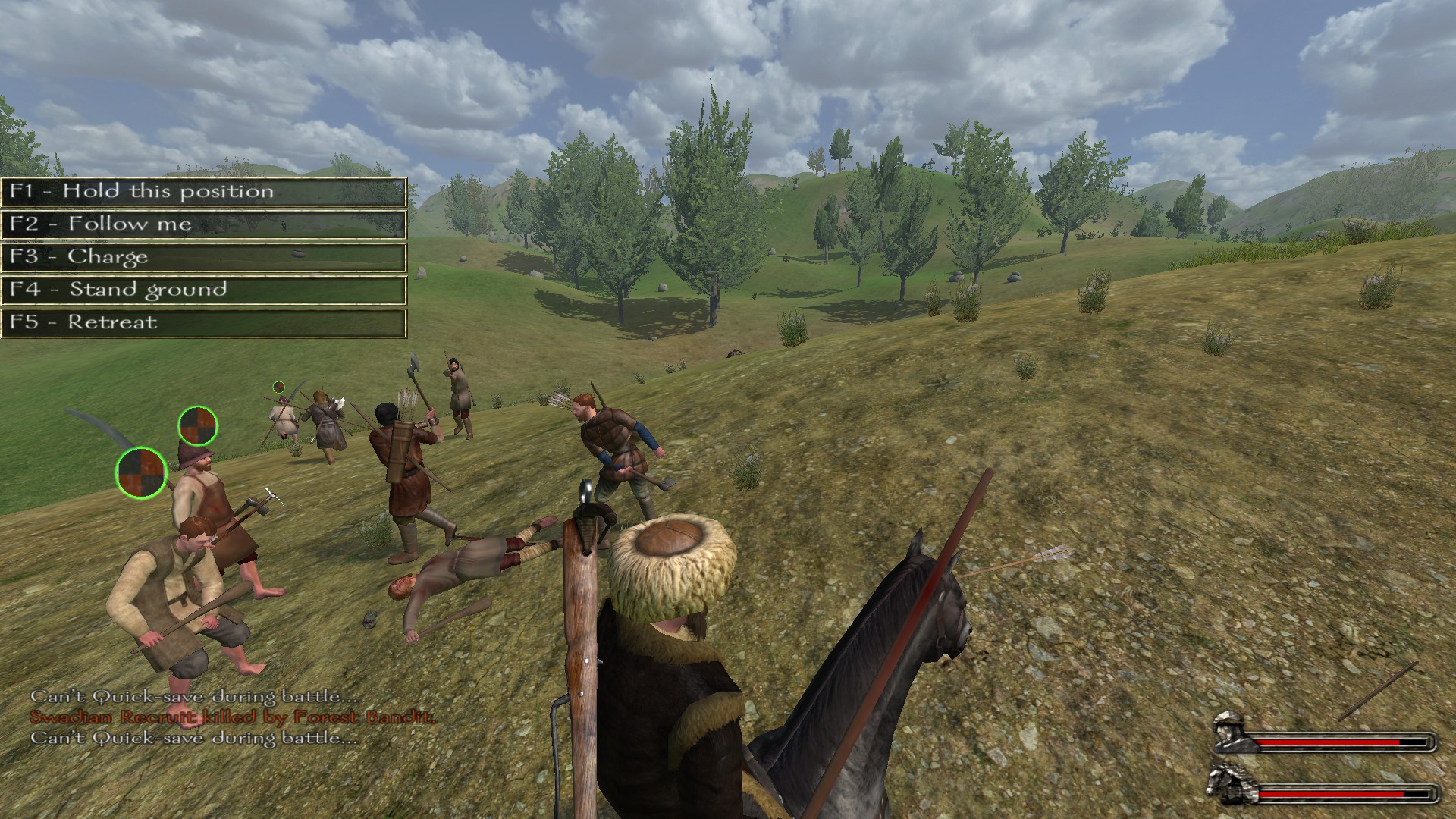 That's when you win. And you have to chase down the enemy army that is retreating. It is a painstaking process to watch your army not being to catch to them because all the cavalry has been killed. This is because the cavalry would engage first at the start of the battle. So what you have to do is wait until the enemy reaches the retreat line. Another 30 seconds lost for no reason. Rome: Total War was released 22 September 2004. They could have taken that example and just gave you the option to end the battle immediately after the enemy is in full retreat. Instead we're treated to a forced snack break.

At least we get some celebrations. 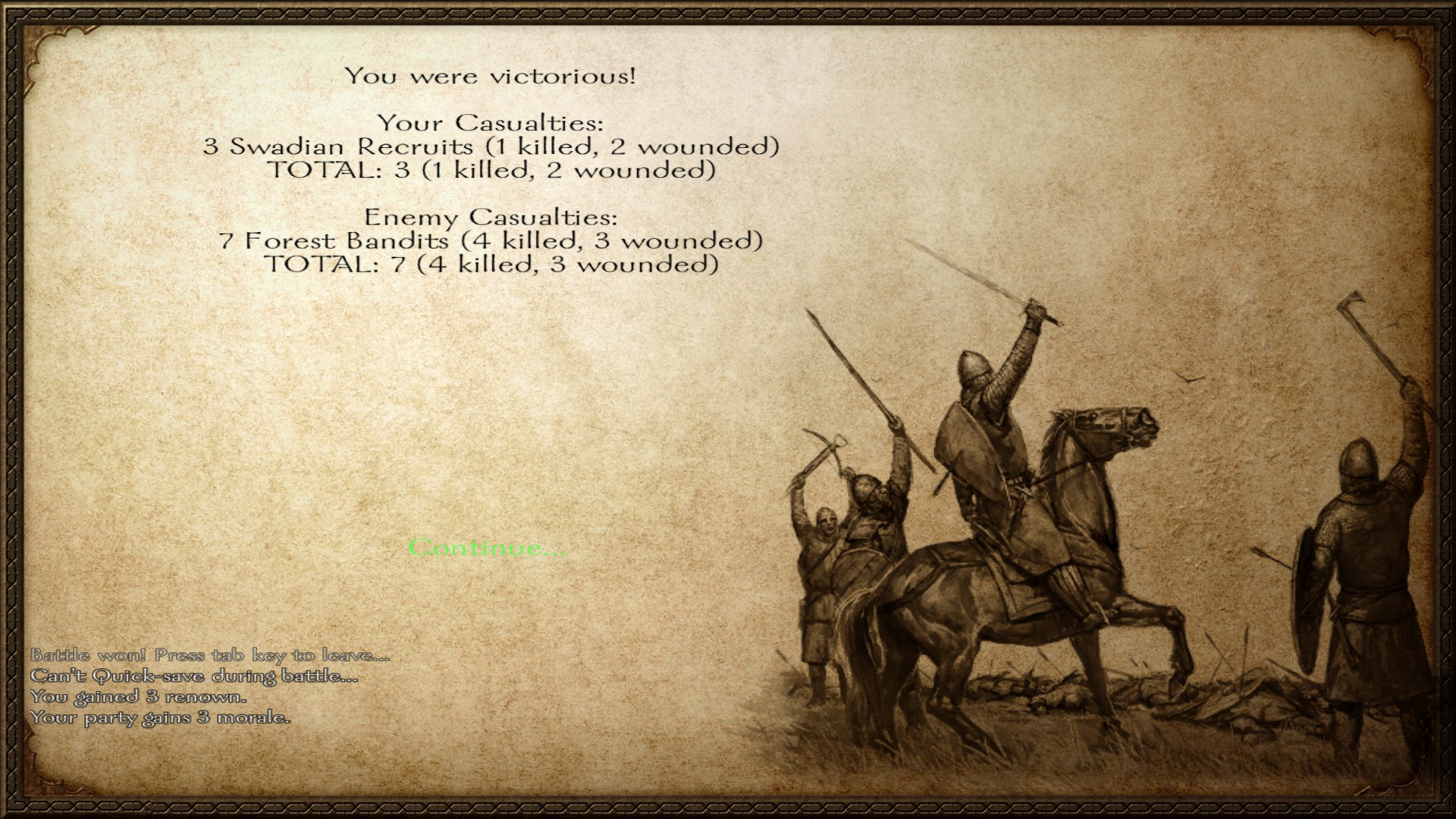 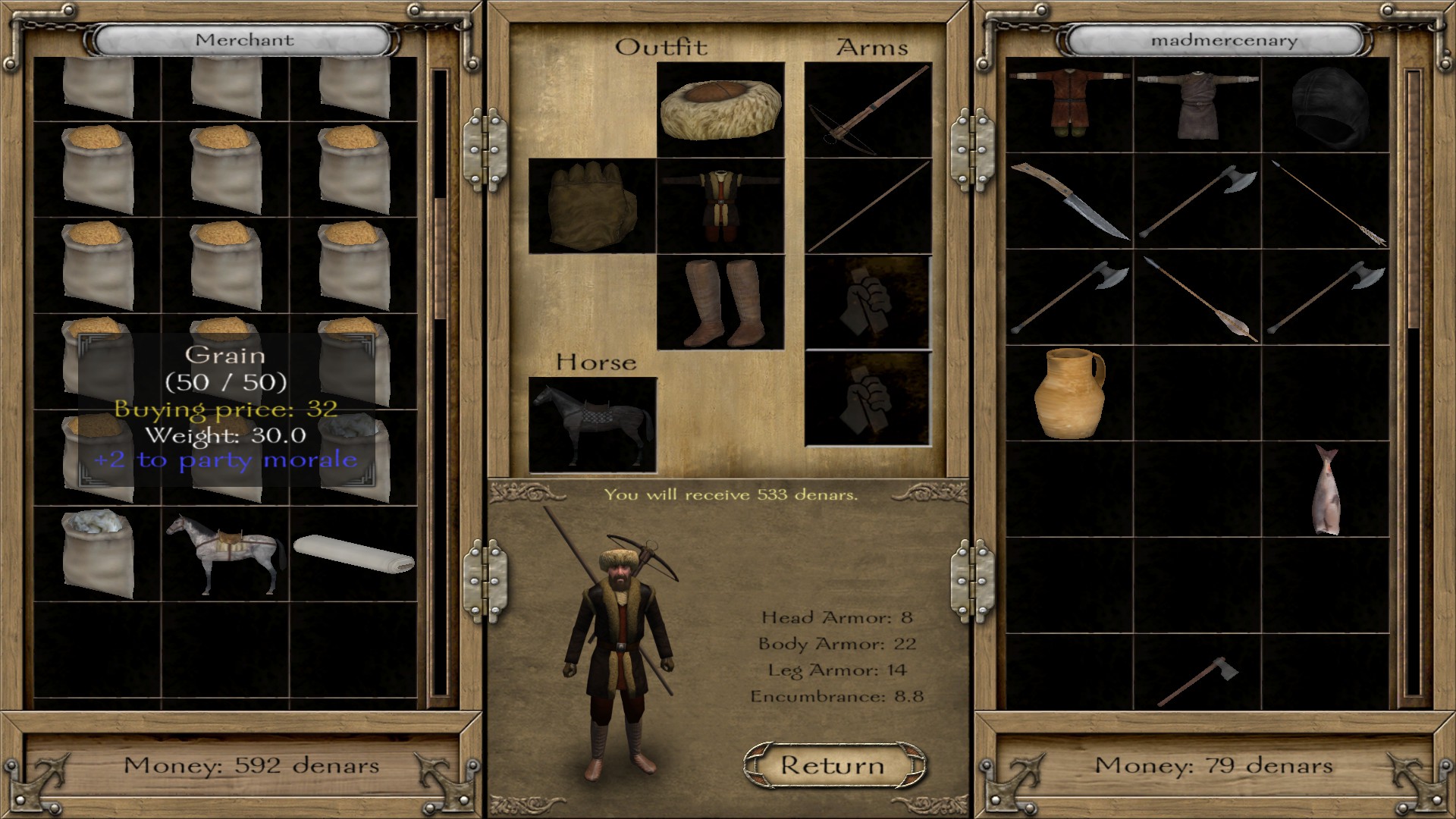 Morale is basic. Gain high morale which means winning and having good food and people don't desert. Have low morale and people do. That simple.

The endgame is being the errand boy of lords so that first they like you enough to let you become one of them. Then you do tasks for them until they like you and vote to give you land taken from the enemy. Then one day, you have tons of income and rebel and forge your own kingdom. I saw a youtube series that conquered the entire continent that took 1 year in real time.

It is a very grindy game. You lose your army and money until you're so strong (because) you don't lose xp that it doesn't matter. Or you have enterprises that give large income. If you're into that, buy this game.