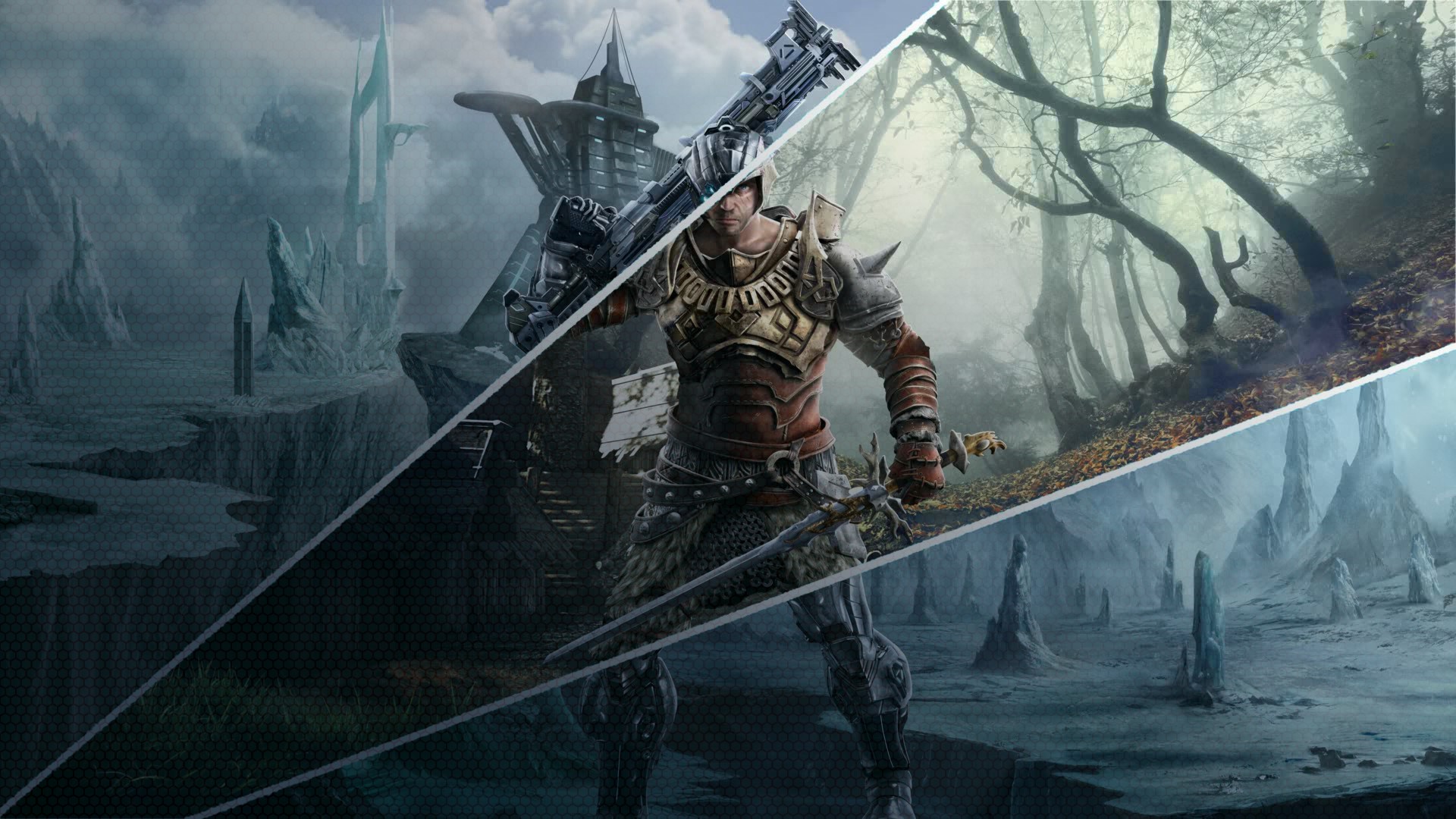 Magalan, a world that was once as technologically advanced as 21st century Earth. That was until a meteor struck and brought the world into the game's post-apologetic setting. The meteor brought destruction to civilization but also a new mineral, Elex. From the ashes, three factions arose initially.

Some time later two more factions splintered from the clerics.

You play as Commander Jax, an Alb of the hybrid. Your raider has been shot down and you have just escaped from a botched execution for failing your mission. You're now an exile with all the elex drained from your body while you were unconscious you must now become strong again through killing monsters or drinking elex potions.

ELEX never felt like a cliche unite the forces of good to defeat the big bad. Every faction including the free peoples see each other as much as a threat as the Albs. Even in the face of imminent invasion the free peoples are always looking for ways to annihilate each other with the Albs not ever being the top priority. Bad blood and differing philosophies cannot be pushed aside to fight a common enemy. The albs are just seen as another faction that can be used as a tool to kill off the other factions. 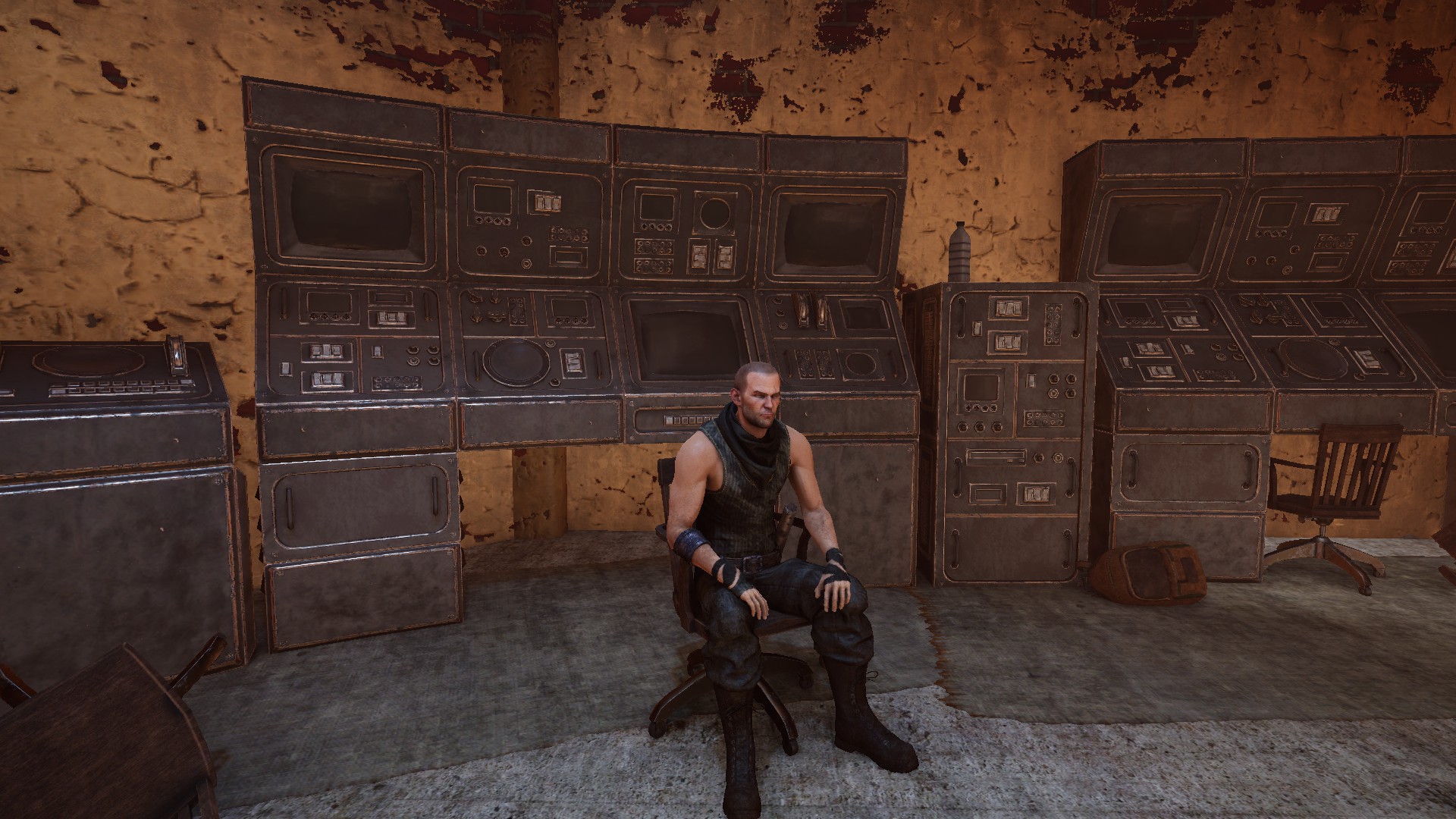 It's difficult to manage choices and consequences in any RPG. You want to give the player freedom to choose for themselves but you don't want them to feel like their choices were meaningless. There has to be some constraints on what the player can do and Piranha Byte's system feels like it was done right. Storytelling has always been a strength in their games. Completing some quests will make others dislike you when it goes against their interests. It may be increasingly difficult to join a faction as you anger the faction leader and influential people within it. There may be higher short term profit in aiding shady characters but people do catch on. I kept doing it and eventually I was banned from trading in a city until I paid a huge fine. 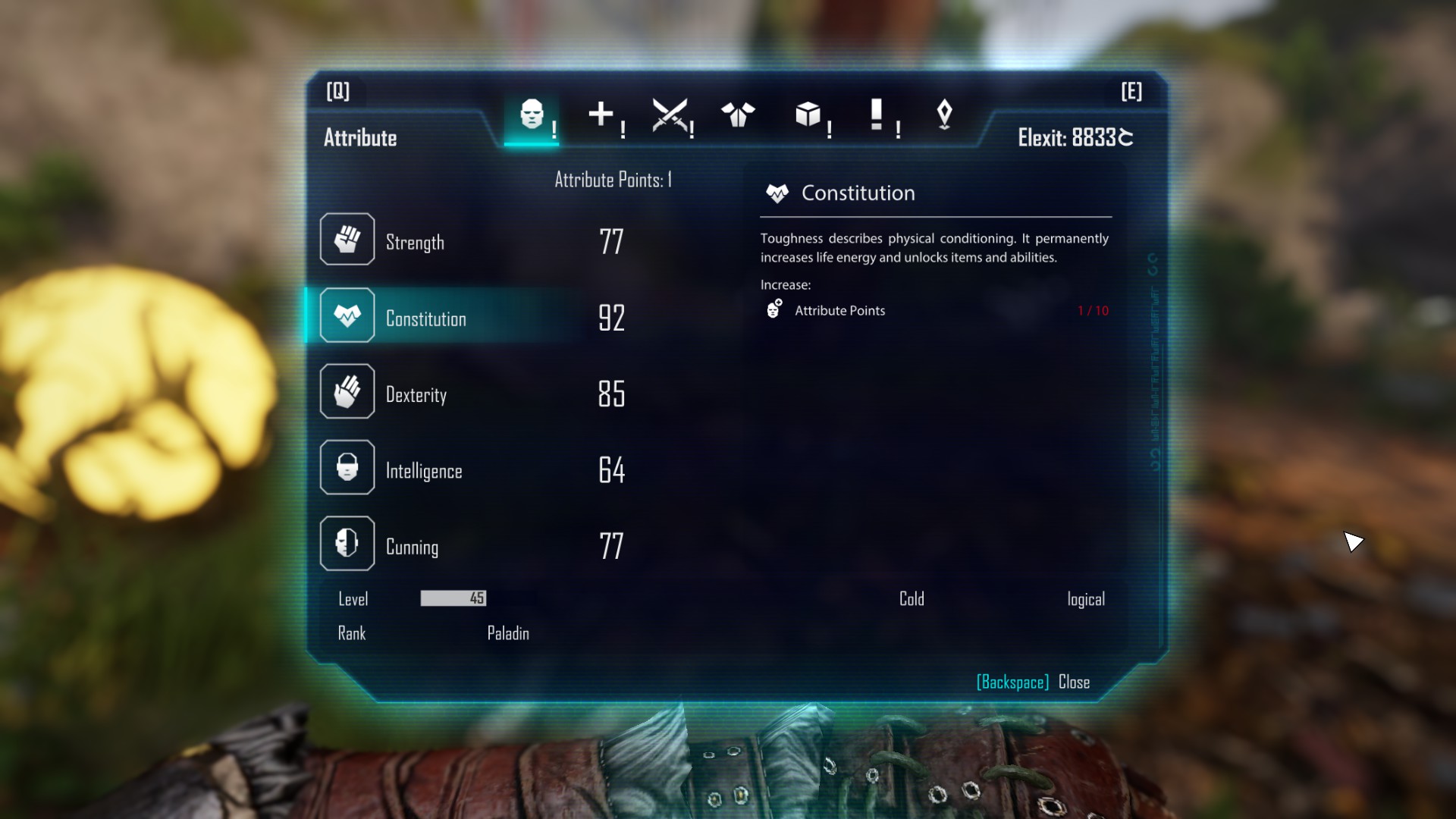 In place of a morality system, they come up with a unique hot/cold system. Since morality is subjective, your cold level changes based on how emotional your responses are. Not whether the game thinks your choices are right or wrong. You can agree or disagree in dialogue others in various ways but your cold level decreases or increases on how you respond. The coldness level affects both your gameplay and story. On a gameplay level you receive bonuses to melee or ranged attacks based on it and on a story level it locks you out of some of Jax's dialogue options including the final ending. I find this system to be quite character for if you choose to a cold, uncaring Alb towards everyone you come across it wouldn't make sense for you to suddenly have a change of heart and have an emotional outburst in the last few moments in the game. You get to define your character but you have to live with the consequences of doing so. 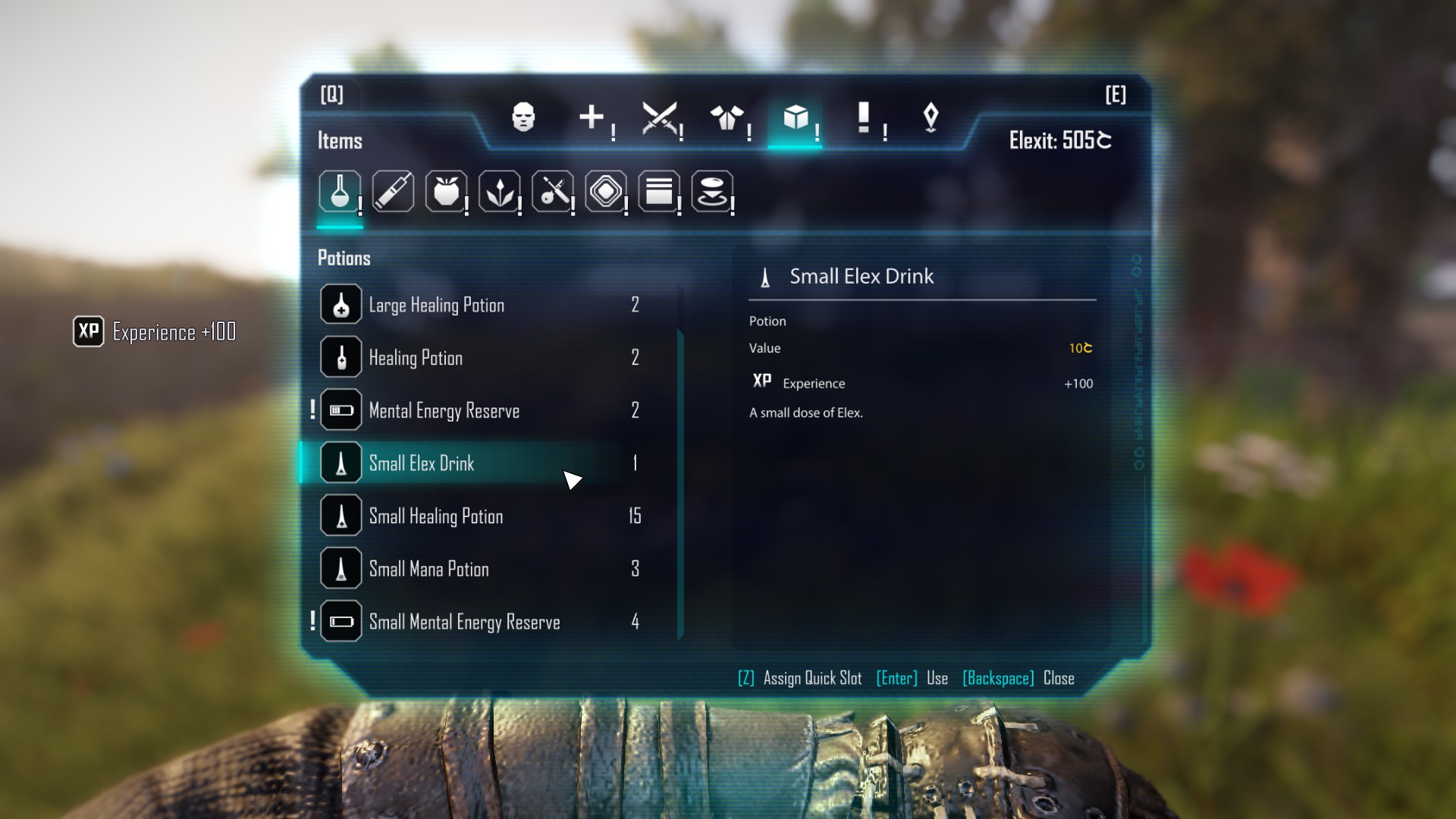 There is an issue in every RPG with having too much money (in this case Elexit) in the mid to late game once your character can farm tons of income. ELEX solves this by giving you an alternative route to powering yourself up in the place of grinding monsters throughout the road. The story tells us that Albs become stronger by drinking elex potions that you can make yourself. It is extremely expensive early game but once you reach mid-game income you can freely make as many as you want to become strong as you'd like. Or you can do it the longer way and find monsters to grind, it's your choice.

There is a hidden cold value with the elex potions though. If you thought the Elex consumption making you lose emotions was just a plot device with no gameplay implications you thought wrong. Every time you drink an Elex potion you gain coldness. If you want to keep it warm and be a free person you'd better instead spend that Elexit on food, potions and ammunition so that you can grind monsters the right way. Otherwise, you're going to become an Alb again. I didn't realize it until it was too late and there wasn't enough places where I could act like a human again with dialogue options. I was too far gone.

It is pure genius what Piranha Bytes did. Every single companion you come across has their own quest line. All companions have a unique personality and their own philosophy towards the way you treat other people. Nothing about them feels copy and paste. They'll even interact with the people you speak with and the places you visit. 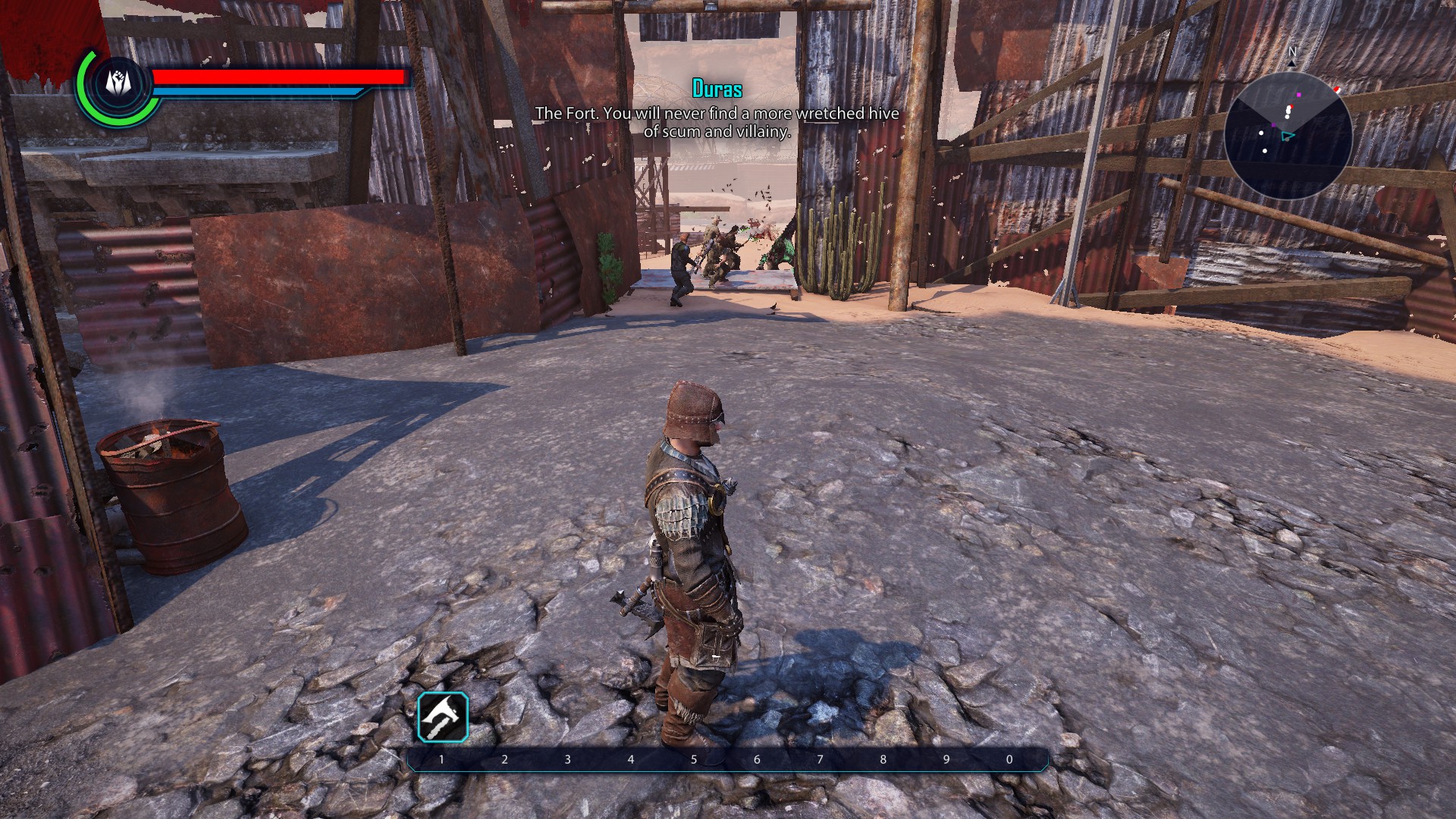 References to the pop culture and nods to the Gothic saga are well done and don't feel forced.

Piranha Bytes isn't known for having amazing combat systems but to me they have always been workable and great as you master the game. Even on the easiest settings (which I played on) ELEX is extremely brutal with the first ten hours of playing. For melee timing is key with button mashing being heavily punished with interrupting your own combo. You swing and wait for your attack to finish then swing again to combo and so on. After you swing three times in succession you may perform a special attack that does increased damage. All of this takes up stamina and you need stamina to both sprint and roll on the ground which makes melee combat extremely punishing making you pick your battles early game. Chivalrous enemies do not exist in this RPG and will happily attack you while you're knocked down and at the same time. You can easily be stunlocked to death.

Ranged combat can be even more deadly for the player character as everything that isn't a humanoid mutant has a ranged attack of their own. This means it's difficult to cheese combat by taking a high position and raining death from above. In fact, some enemies with their rocket launchers are more dangerous far away than up close!

If you're looking for a deep and meaningful story with a great choices and consequences system this is the game for you. Melee combat isn't fantastic in this game but ranged is quite good with medieval, wild west and futuristic arms all being viable throughout the game. The visuals aren't great, with reused facial models, poor lip syncing and a few bugs here and there particularly at the end of the game. If you can deal with that then I'd recommend purchasing this game.