What ever happened to -- The Atari 5200 SuperSystem 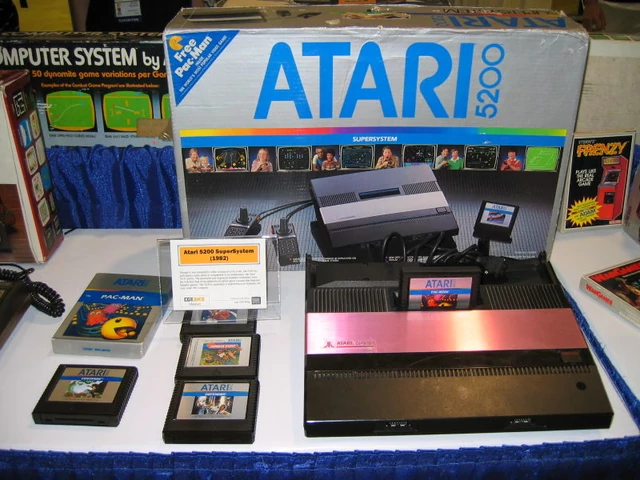 The Atari 2600 is one of the most beloved and best selling video game systems of all time. It also enjoyed one of the longest lifespans of any console from 1977 to 1992. When the 2600 was created, it was supposed to be a Pong/Pong clone machine. Due to popularity and ingenuity of the programmers or the time versions of Space Invaders, Pacman and Donkey Kong were created. This in turn resulted in other big players wanting a piece of the videogame pie, enter Mattel, Bally,Milton Bradley, Coleco and Magnavox. All the new competition caused Atari to feel the need to create a more power system. 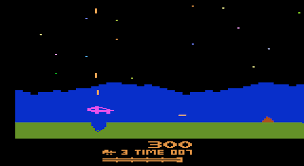 Why was was it important

The 5200 Super System was the first follow up system from a gaming company. It was a really hard sell for the average consumer who bought a television set or a vcr and intended to own it until it broke. The screenshots above show how big the graphical upgrade was and with the Maria chip on board, the sound was an even bigger upgrade. The Atari 5200 was integral in showing the computer that videogames generations where a thing and show game companies how not to sell new systems to their consumer.

The Atari 5200 controller was revolutionary in every way. It has a terrible wrap in the community for being a bad controller, but it had great features. Think of the jump from a digital stick with one button to an analog stick with 19 buttons-- one of them being the first ever pause button in video game history. Atari was a little too ambitious putting out the controller with so many new features. An unfortunate fact was that Atari was done work on an improved controller that resolved many of the issues, but by that time the 5200 was discontinued. 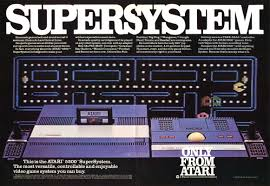 Is it still worth playing today

I would say no. Buying a 5200 today is relatively expensive and even if you had no problem in paying the upfront cost there would still be the problem of getting and keeping the controller functional. The size of the system is also intimidatingly large. Most of the games can be played elsewhere with with graphics/sound and controls (It does have the best version of Moon Patrol and Jungle Hunt). If you are a collector, there is fun to be had, but nothing that is worth the headaches that its design causes. If you like arcade classics the system for you is the Atari 7800 or the Atari Lynx. Personally I have a place in my heart for this system, but its still one that is not in my collection. Happy Gaming!

I have amiga 500.I guess it will worth lot of money some day..

Thats really cool. Amiga was bigger in Europe than in the States, but it has tons of games that can only be played in the Amiga. Check out how its selling overseas, they maybe a market for NTSC machines.