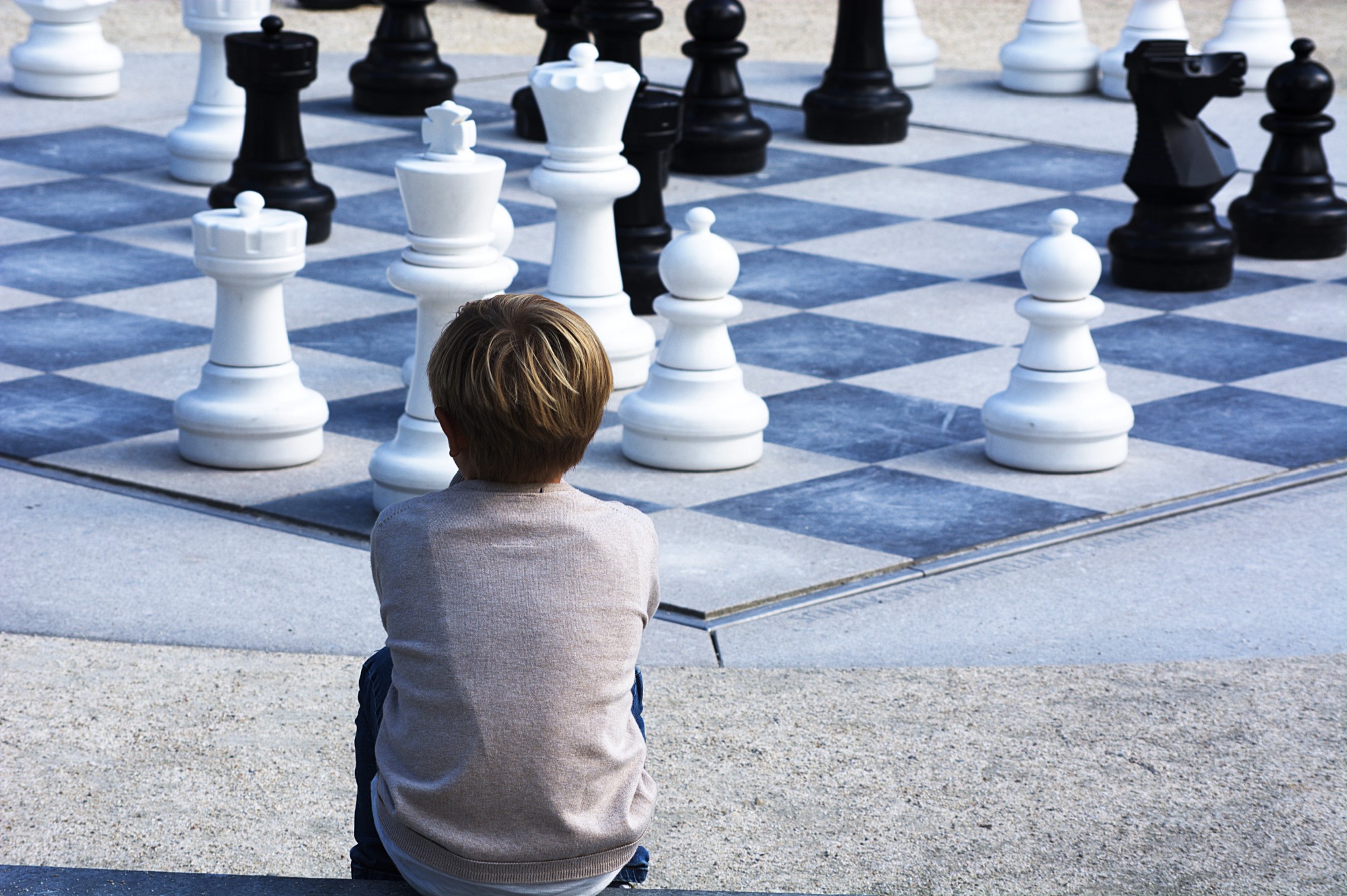 When we think of depth, games like the Civilization series or Chess typically come to mind. We think of planning in advance, and how early choices have long term consequences. In a game like Civilization, we have to decide where to put a city in order generate the required resources to grow and expand. In Chess, we cannot think of moving a single piece, but a movement of a interrelated group of pieces. This is a type of depth, and I think of it as a depth of strategy. It usually involves a series of planned decisions with long-lasting, cascading effects.

This is also seen in some role-playing games (RPG). The skills we choose to train, the equipment we choose to outfit, and the composition of the party itself all have a lasting impact on the rest of the game. These decisions can influence how we fight and interact with the world in significant ways. The same can be said with building a deck in Magic the Gathering (MtG).

There are other types of depth, and they are closely related to depth of strategy. One is found in many smaller decisions that when taken together produce a major outcome, usually in shorter recurring contests. This is common in first-person shooters (FPS) and real time strategy games (RTS) like League of Legends in the video game world, and we see it in RPGs and games like MtG too. Tactics are most important when we have to be present in the moment and immediately respond to gain advantage.

Think about all the possible choices taking place in a FPS game. Ever so slight variations in position, aim, and timing all have a major impact on the outcome of a shot. In a game like MtG, we have to respond to the cards we draw and how our opponent plays their hand. How we respond in the moment determines whether we win or lose. This type of depth is tactical. The more meaningful decisions we must make in the moment to gain an advantage, or not fall behind, is a depth of tactics.

A third type of depth is that which engages the imagination. Games like Dungeons and Dragons (D&D) and Fiasco compel us to engage the fantasy world that is being created. Rather than trying to predict the cascading effects of long term strategy or tactically react with speed and efficacy to immediate circumstances, depth of imagination requires we visualize and navigate a world with another set of rules.

For example, D&D not only has dragons but the dragons have physical characteristics, personalities, and even diets. Great games of imagination allow us to accept an initial premise, and then fully explore the ramifications of this premise. In Fiasco, once we accept our characters and motivations we use those rules to create outcomes.

Do you have any favorite games of depth that include one or more of these? Are there other types of depth you find engaging?

I am a huge fan of games, in every context that you can experience them from tabletop to video, and I've written a little bit about them in the past, so I feel confident that sharing this bit will fit right in with what you had in mind.

A fourth type of depth is that which we get when we experience characters in the setting separate from ourselves, whom we come to care about and want to know more about their story. This kind of depth can be found in many kinds of ludic experience but is most often referred to in the context of tabletop role-playing games.

Being able to engage with characters, whether they are played by another person in real time or have been pre-scripted by a game designer, to the point where we want to continue to experience their story at a personal level is one of the most amazing things that games can bring to our personal world.

Thanks for the thoughtful reply. I find roleplaying, like what you describe here, to be within the deep end of the imagination. While on a surface level, we might gaze with awe at the flora and fauna of the exotic world in the movie Avatar, I agree with you that games allow us to put ourselves within that world, even as far as within the skin and personality of another.

D&D does this through the building of a character. The fifth edition in particular introduced the idea of personality traits, ideals, bonds, and flaws to help players get into the role of their character.

Fiasco does this through the relationships and needs, but my favorite part is how the rulebook itself makes a point of pulling players into the story. They point out that we are not just roleplaying a scene at a nightclub, but one of us is playing the part of the nightclub owner, another is the talent, and another is planning a robbery. Get off the sidelines and don't be a spectator, but get into the action of the story. It's great fun.

I haven't played a RPG with traditional GM/player role division in – probably decades, at this point. GM-less games turned into my forte after I realized that I really just got tired of being the GM for everyone, all the time.

I've written a couple of articles on experience with highly narrative focused games on Steemit which were relatively well received.

Story-first games which don't have room for someone to sit around and simply be a spectator are definitely far superior in terms of the gameplay that they generate, in my personal experience, than the alternative. Being able to experience character within the context of understanding what's going on in the setting is just a huge gearshift.

(Of course, I also love games where the idea of "character" is not really applicable. Microscope is probably the best example of that. It's not a game you play for character immersion but rather for world exploration, and it both caters to and rewards approaching the experience at the table from that perspective.)

I know what you mean about being the GM for everyone. I played my first D&D game when I was ~6. I remember this because between 1st and 2nd grade my family moved to a rural area and I have never played a campaign in person again.

Online I have had the same experience as you. After a half dozen or so D&D games fizzled out, I decided I wanted to play bad enough to try as GM. The game is still going and will hit two years next month. It is fun, but can be exhausting.

What I'm really after is a game that combines strategy, tactics, and roleplaying on an individual character level similar to D&D, but with no DM and can be played start-to-finish in one night.

As an example, is there a game that rewards a thief for stealing from monsters and players while at the same time rewarding a paladin for being brave and chivalrous? It seems like most roleplaying games fall into two ends of the spectrum. I see lots of games where the roleplaying is cooperative and imaginative, and the focus is on the flavor, style, and shared creation of drama. There's no competition, and there's intentionally no way to measure success or failure.

How about a game where the challenge is this: I am just like everyone else, except I have different goals and different values. The paladin can steal just as well as the thief, but that's not how he wins. The thief can help or hurt, but it is maybe easier to steal from a dead person, and stealing is how he wins.

Do you know of any games anything like this?

Congratulations @hutto! You have completed some achievement on Steemit and have been rewarded with new badge(s) :