Creating a game is usually a long but interesting process. We're just about to finish the game (the demo will be released shortly, possibly within a week).

The text was written using the development version of the game "Occult", unfortunately we do not have all versions.

As you probably know, an idea for the game must first be created. As with the @k-zet we spent a lot of time on card games - that's why we wanted to create a card game.

We've tried to do games before, but no one came out. It was necessary to start with the basics and assumptions on which the engine would be built.

My plan is to create a card game for kids. Probably we will not do it, but spend time on it (graphics will be created at the end, we will do first techdemo).

Of course tell me what you think about it.

In general we have to create a simple game (making even YGO: PoC would be difficult for us).

I made a fight with "people" using cards. There may be 3 [some knight, paladin, magician] up to 50. Each has some regeneration / life, HP, Mana, etc.

Each player has 9 (max 16) inventory fields. You can wear a helmet, sword, shield, shoes, armor, trousers. The remaining 3 fields can be:

Around the form are shields that can absorb physical attacks (but not from spells). The player can choose whether or not a physical attack will deal damage or break a shield.

Spells are unbreakable (unless we think of physical spells).

The player can attack physically or with spells. Summon works independently.
It wins the one that will destroy the guest (0hp) or another way (you can do eq "exodia").

In theory, fictional combat would not be difficult to do with the base of the engine
Worse with Multiplayer, but I can even handle it. 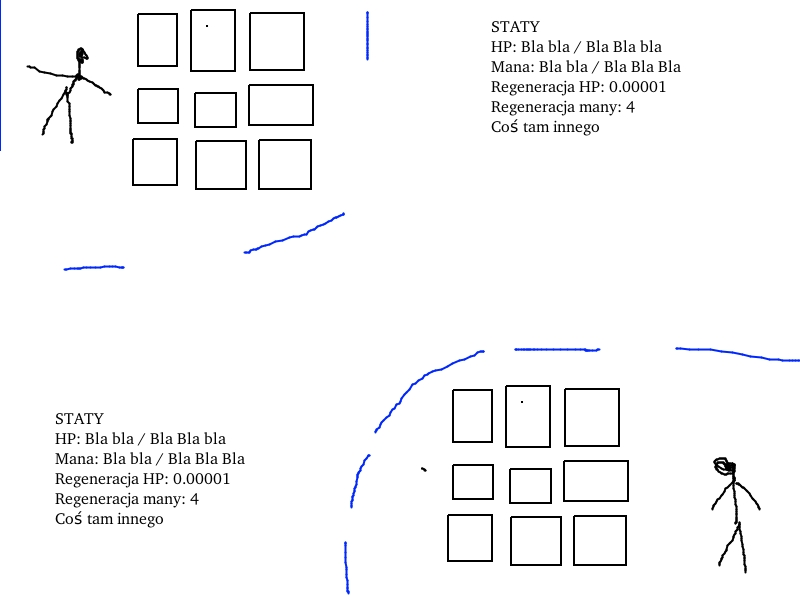 Of course the game was created what in theory seemed impossible!

Of course, instead of fighting people are fighting mages. Each magician has statistics (STRength, DEXterity) and Blood Counters (some cards require this).

The equipment is not available, but the player has 3 types of cards - Signs, Summons and Weapons. The shield is gone too;)

Of course, new elements were introduced. For example, using a card you lose your life points - I said it was blood magic? ;) Preliminary version of "game". Of course, we have an automatic card placement system in hand. This system in probably unchanged form is available so far. Arena games are contractual, separated by a line from the card description. We have already implemented descriptions on the screen. ;)

Graphics temporarily borrowed from Yu-gi-oh! Cards from this perspective are the same, but they differ slightly.

Here the Occult version of the last build :) 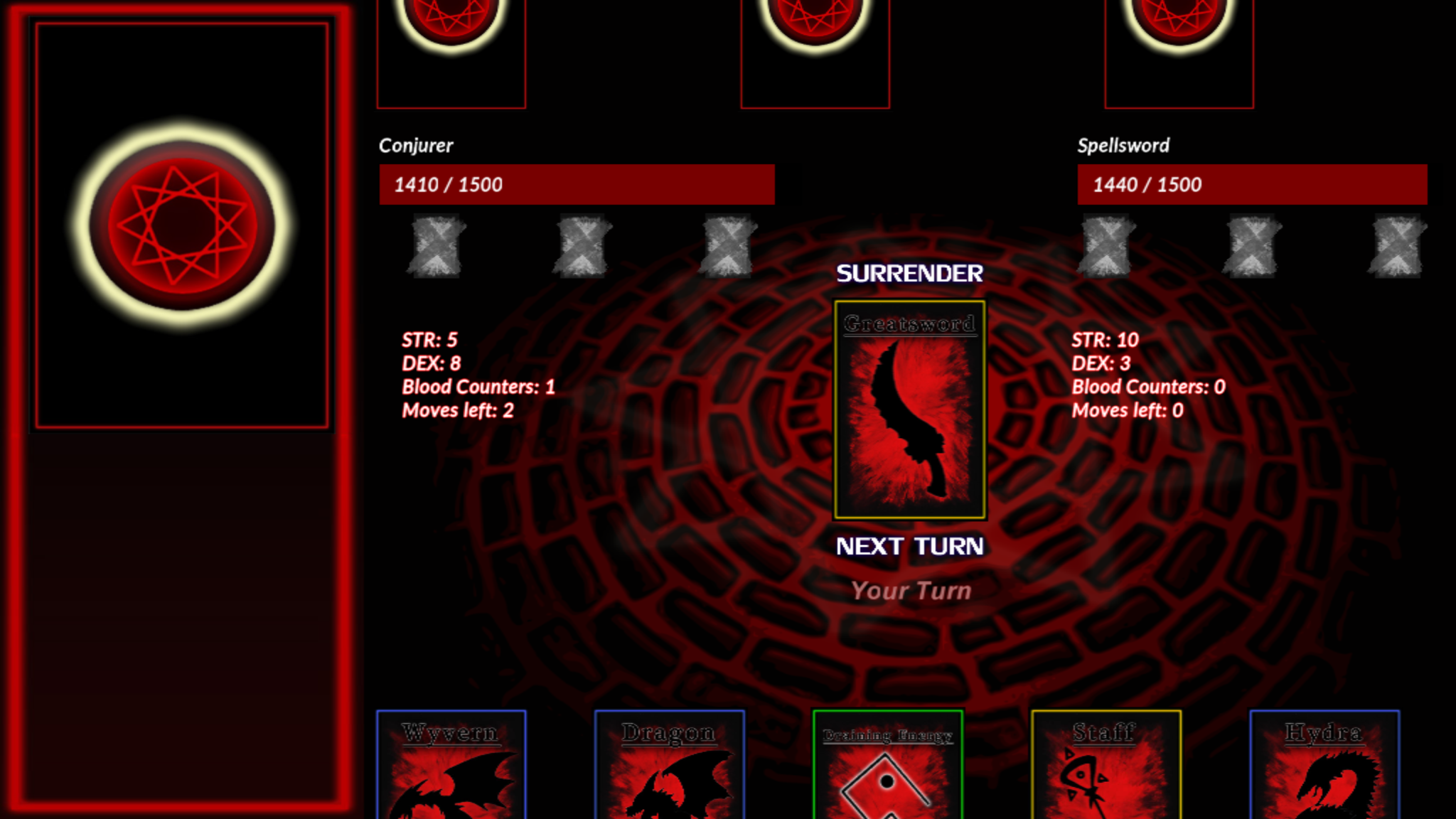 Congratulations @fervi! You have completed some achievement on Steemit and have been rewarded with new badge(s) :