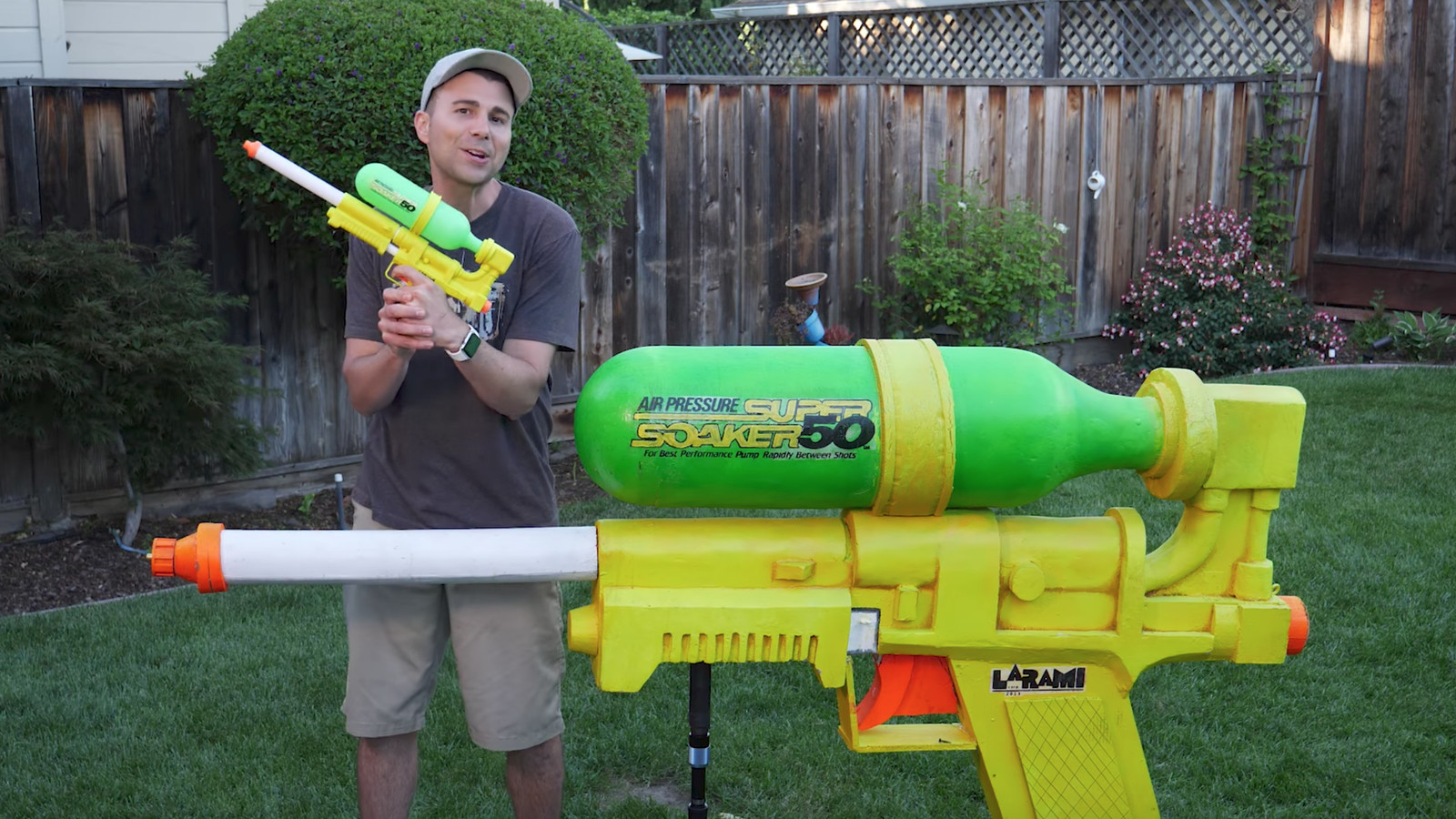 Rober’s giant water pistol is a little more overpowered than the original backyard toy, firing jets of water at 272 miles per hour, with enough force to slice through a watermelon and shatter glass. But despite the giant scale, the supersized Super Soaker works pretty much the same way as the toy version: pressurized air is pumped into a chamber of water, and released with the trigger to shoot a jet of water. Rober’s version instead uses pressurized tanks of nitrogen gas and water for far more impressive results,. But hey, it’s all working on the same principles.