Why We All Hate Mosquitoes 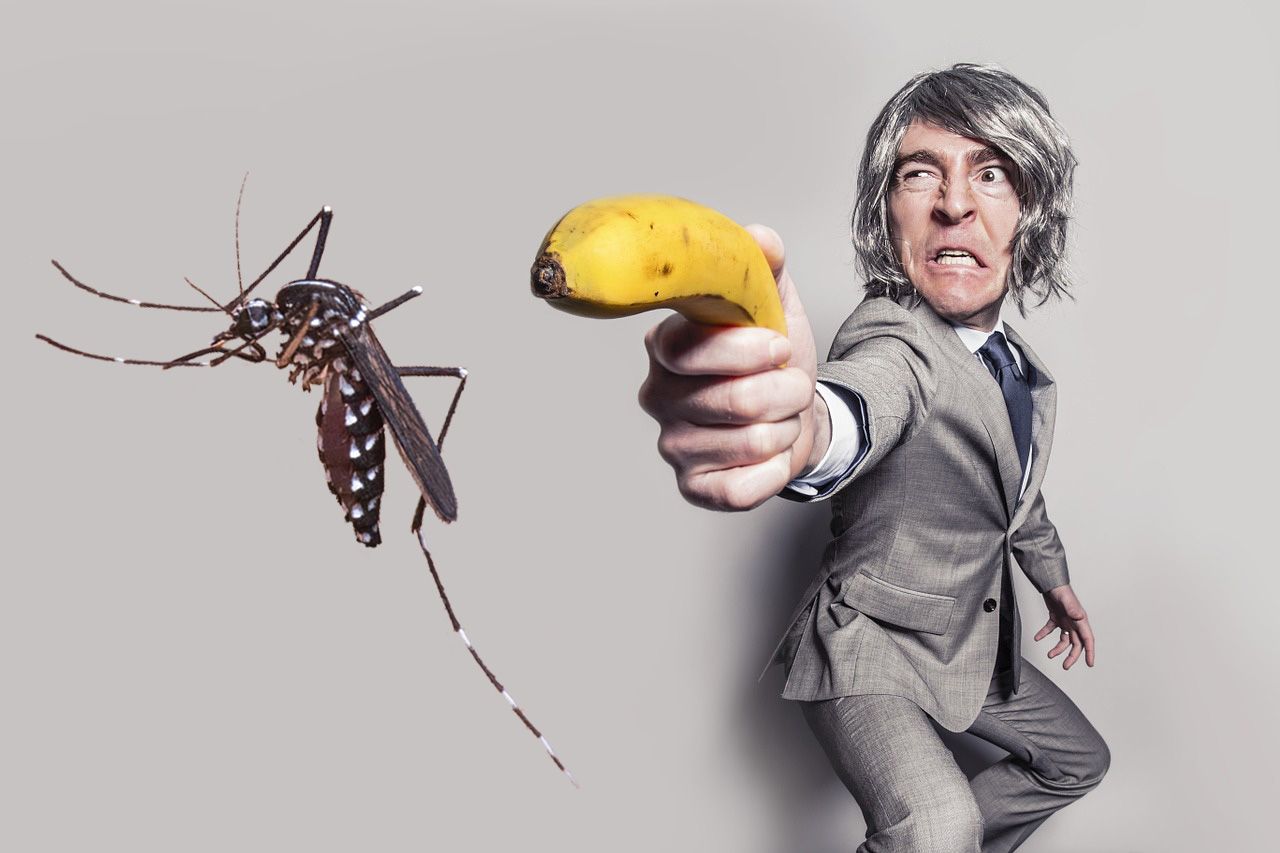 I have come to admire mother nature as the ultimate designer. Just take notice of her creations and you will know. Everything is just so beautiful and perfectly in harmony with each other.

One would think then, that nature is simply incapable of making mistakes, but I think, taking some things into consideration, that even nature is not devoid of that shortcoming.

I mean, look at a mosquito, for example, and you will immediately understand what I’m trying to say! Maybe this is just me, but I consider mosquitoes to be one of nature’s rare mistakes.

You might say that it is just us humans that hate mosquitoes but I’m sure the millions of other animals that get bitten would agree with me….if they could, somehow. Well, anyways, the fact remains that almost all of us hate this pesky little insect and although I don’t have to explain why, let me still go ahead and rant a little.

1. They Take Our Blood Away and Leave a Nasty Itch Mosquitoes are blood suckers and no matter how little they take per bite, blood is still being taken away from our bodies and that too in one of the most itchy ways imaginable. If it was fat they were taking away from my body, I would gladly give it away, but blood? No!!

Have you ever caught a mosquito land on your skin and begin to dig inside the skin? Immediately gives you a crazy sort of an itch, doesn’t it? And the worst part is that a mosquito may take several tries before finding a blood vessel. More tries equal more itching.

Also, there is that bump that develops after a mosquito bite and if you make the tempting mistake of itching it once, my friend, you will be itching it again and again until more of your blood comes out!!

2. They Sing (Horribly) In Our Ears 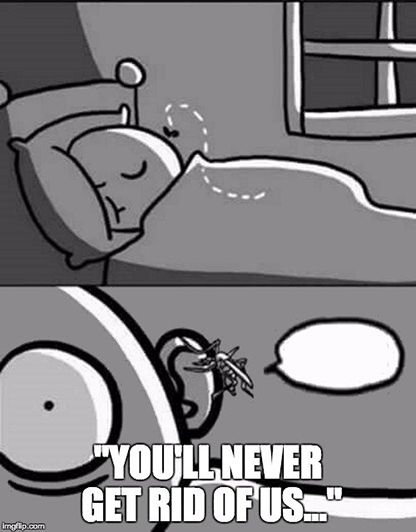 The fascination of mosquitoes with blood is understandable as it is literally their food. But in my 25 years on the planet, I have never been able to crack the code of their fascination with our ears.

I will never understand why they feel the need to fly near my ear and sing in the most horrible sound there is, and that too at 2 a.m. at night! I mean if it wants blood, wouldn’t it be safe for it to just suck my blood without waking me up?

I guess, they are just dumb or maybe they sing in our ears after sucking our blood to taunt us. I imagine them going, “haha, I drank your blood and there ain’t anything you can do about it, loser!!!”

3. They Are Not Fair One of my beefs with mosquitoes is that they seem to favour my blood over most of my family’s. Now, I am not trying to say that I am delicious or anything, but it certainly raises a question.

Therefore, I did what everyone does these days. I googled it! Apparently your blood type, colour of your clothes, metabolism and even your genetics play a role in deciding your favourableness of being a target!

See, even mosquitoes discriminate these days. Maybe I would have less of a problem with them if they just played fair! But it seems like that can’t be changed, unless….. I create a technology to change my blood group and genetics!! 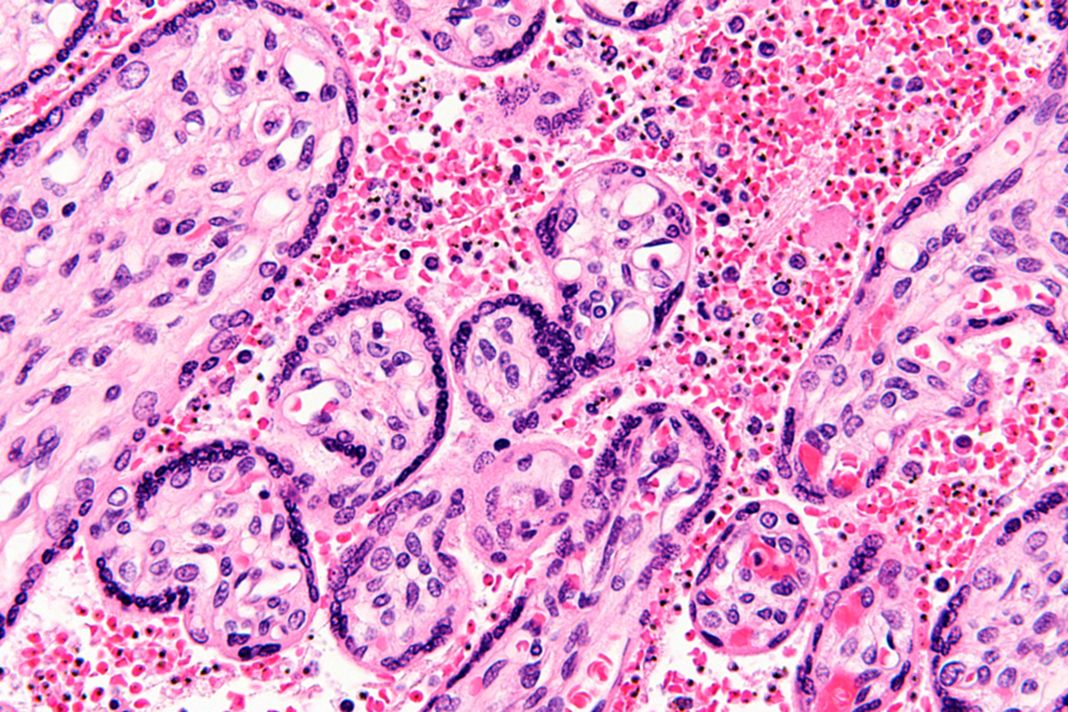 On a more serious note, let’s talk diseases. Did you know that mosquitoes are responsible for spreading malaria, dengue, yellow fever, chikungunya, Rift Valley fever, and more, causing hundreds of thousands of deaths each year?

Such a tiny little thing and it can wreak havoc of such enormity. The diseases that I have mentioned cause a lot of pain and suffering to the infected. For example, Dengue fever hurts so much that it is also known as break bone fever.

Mosquitoes are found in a very high number in third world countries and it is exactly in these parts of the world that medical facilities are lacking causing even more suffering to the people.

Just curious . . . if Mosquitoes were made extinct, would there be any negative impact of any kind on the world's ecosystem?

There is a lot of disagreement on this topic. Some scientists think there would be relatively no effect, others are more concerned.

As a result, I'm for knocking them out completely. They transmit a ton of disease and really aggravate me. I'm willing to roll the dice.

As far as I know, there has been a debate going on about this. Some say they will simply be replaced by some other insects in the ecosystem and some others say that we can never know for sure.

Probably, because numerous species of animal feed on them and their larvae, including several species of fish.

That is a great question, I used to think the same with houseflies the pesky things but as annoying as they are they are needed to help with the breakdown of waste I think mainly the larvae do this. Now wasps on the other hand are irritating I have never been stung until this year where I was stung twice in two weeks. Surely there are enough stinging biting things around now to be able to eradicate these???

Hi @kimor, Out of 3500 species of mosquitoes, only three are more harmful. These are Anopheles, Culex and Aedes. Extincting them may put a HUGE dent on the earnings medicine and medical industries. ;)

But save other people money which they can use for other things.... The hills, the plains, the islands....everything is alive with mosquitoes.

haha, it looks like they were designed to be annoying!!! haha

In reincarnation, the mosquito birth is especially reserved for someone with a specific mentality. We may be plagued with many more mosquitoes in the coming years. :-)

Great Article! I think mosqutioes are the ones who create difficulty for those who are sleeping at night, at night they wander around us so that they can suck blood out from our body. I think its fare because during day day we have our lunch , that time they fly over our food and we kill them. So as a revenge they come at night and take out all the anger they have on us. Which is fare. If we stop killing mosqutioes then I dont think they will even come near us. As there are huge amount of places which are not higenic these places are taken over by mosqitoes and this will lead to deseases like maleria.
Upvoted

If they want revenge, I'll give them revenge!! ;) haha

I don't think mosquitoes have complicated enough brains to do that, and mosquitoes would never stop biting us. No matter what.

I read somewhere online that in the future, humans are planning to get rid of them all by producing just male king ones to control them as male ones don't sting 😬😀

In west where weather is cold, mosquitoes are not that big of a problem i think, but in Asia and other hot parts of the world, this is a very serious issue, and as i live in Asia, i will advise everyone that stay away from them, because they will make your life miserable @sauravrungta

I totally agree, I live in Las Vegas... haven't seen one in 15 years here unless i travel :)

Yes, scientists have actually conducted real life experiments in some forrest with some promising results. The point is that, we may not know what this might do to the ecosystem.

P.S. I'm also a mosquito buffet, I went up north the past weekend and now my legs look like they're a warzone.

hahah "mosquito buffet" is a term I'm going to steal from you :D :D

Had to repaint my wall as it was too bloody from all those mosquitos.
I'm having daily hunts at the evenings.

haha, it must have been a bloodbath!

Ugh misqutios! I'm pretty tolarent of most things, and I always try to save the bugs, except
Mosquitoes. Onetime one stung my eyelid and then it was swollen for the whole day!

But on a more serious note, it's terrible that they can spread diseases so quickly. So sad to see. They tend to appear in areas where there is stale water where they hatch their eggs.

Yeah, me too. I don't kill any other bugs except for mosquitoes. Ugh, for sure! :D

What if they are actually serenading you while you sleep?

If that's what they are trying to do, they are doing a pretty bad job!! :P

This is good post informing about the drawbacks of mosquitoes. That's actually kind of awareness spree that you have been spread by this post of yours among all the people against mosquitoes. May be now they can prevent themselves getting bitten by them @sauravrungta

Thank you for the kind words :)

Yes take my fat instead of my blood. If they need blood perhaps we could make a blood bank just for those pests if they would just leave us alone. LOL Thanks for sharing my friend.

haha I would happily donate to that blood bank lol!!

I think a lot of people would as well. Perhaps a Steemit funded blood bank. Problem of course is that you cannot teach the pest to go there rather than humans for their blood thirsty appetite. LOL - Troy

Wow excellent post brother! Here is my vote. By the way if you vote for my comment I would appreciate it a lot !! I wish you much success

Lol! what about tapeworm?

sala ek machad ek admi to **** bana diya..haha..that little creature is the most annoying thing in the world..

Mosquitoes hate me...they don't bite me so I think they don't like me...weird...lol

You are so lucky. Wanna trade lives?? :P lol

Ha ha...no thank you. We have million of mosquitoes here, but honestly they don't touch me...I have always wondered why they don't bite me..must have something to do with my blood or body odor? It's just weird ha ha ha!

You made me go and search now. Read this. I am blood type A so this might have something to do with it. http://www.smithsonianmag.com/science-nature/why-do-mosquitoes-bite-some-people-more-than-others-10255934/

I hate them too, but I've killed many mosquitoes and not one has killed me.

So, lucky you are :P

Perhaps mosquitoes' purpose in the overall scheme of things is actually to spread disease so that our immune systems can learn and adapt to new threats?

Nature must have been feeling lazy that day, there are better ways to accomplish that task.

But that is a very inefficient way of making us learn and adapt to new threats. With the advent of cutting edge tech, we can basically adapt within a short span of time.

I'm working on a post that undercuts the entire mosquito problem, naturally.

Awesome, will be eager to read it :D

mosquitoes are annoying...upvoted and followed you

Awesome article! I love the interesting information provided alongside some great memes

Very nice images, I likes
I love to join steemit and to help earh other
#vote and follow you
Do not forget to follow me