Welcome to the Maze 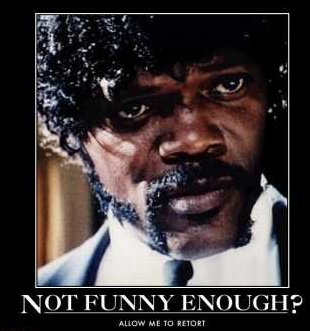 Today I am removing the tag 'Comedian' from my profiles.

Since the first time I saw a comedian on the Tonight Show, sneaking a view around the corner of the hallway after bedtime, I have wanted to be That Guy who comes out on stage all by himself and makes everybody laugh for a few minutes. I watched every episode of Friday Night comedy, the first televised Standup Only show broadcast on UHF, even though a lot of the adult humor was lost on me. I would buy every comedy cassette tape I would find, re-listening dozens of times to Gary Shandling, Whoopi Goldberg, David Letterman at some or another benefit in Montreal or the Laugh Factory. I would make my 8th grade class laugh at something and chose comedian as an occupation when we did our life financial planning project.

Excepting Chicago, the midwest is a difficult place to start out in an entertainment career, you shouldn't even really try. By the time I was 18 I had become more realistic and since I had no idea what I would even do next to try to be a comedian, and since I kindof/sortof accepted that I knew very little about the world, I just went to the University and studied engineering. I wanted to invent and build things almost as much as I wanted to be a comedian anyway. And I honestly enjoy learning and knowing how things work. To this day I still don't think a 20 year old should be a comedian, even a 25 year old. I still basically don't care what anyone that young thinks much about anything besides their own rights and safety. The world is just too complex, and I have now seen hundreds of people trying to do comedy that young and I just don't laugh.

For what it's worth, 99% of what is sold as comedy in the USA doesn't make me laugh. And that figure has been trending upwards. Conan, Corden, Maher, even Colbert have had me flat faced and frequently angry at the low apples they are pulling off the tree. Since the Colbert Report went off the air, it has been a wasteland of fluff and apologetics.

I recently interviewed a militia member whose militia was somehow integrated with Israeli special forces, and I asked him about 9-11. His views on the matter were as if they hadn't changed since 9-12, and I asked him about a few known facts of the event, and he was completely ignorant about them. He didn't know that Silverstein had bought the building and insured it 2 months before. He didn't know that the entire investigation into the event was conducted by people who had dual national israeli citizenship. He knew nothing(or it was part of his operational profile, who really knows)

I said to him, 'If you're not a scholar, how can you be sure your gun is pointing the right direction?' And of course he never responded to any of correspondence after that, no surprise. I suspect whatever was going on there was more than a few guys in their neighborhood preparing for whatever calamity, as in, that 'militia' was not what it seemed. (They call themselves the APLEA Rangers, your local militia who puts Israel first!) But I believe the same applies to comedy, if you are not really informed about the world, how can you be sure that your jokes aren't pointing the wrong direction? There are enough trustafarian comedians getting paid good money right now to make fun of poor and downtrodden people as it is. There are enough, probably hundreds of, a-political, a-historical twenty something hipsters living with their parents in Los Angeles trying to make it big by spreading some or another form of neo-nihilism, that nothing matters, it's all a joke, it's the best of all possible worlds, don't worry about anything, don't think about anything, and let powerful people do what they want because we're all circling the drain etc. etc. etc.

For many years now, three of those in Los Angeles performing as many open mics as I could afford to go to for free while working a day job in IT(which was not enough I was told), I have been crafting my hour set, then my second hour set, then my hour of musical comedy, then my hour of burlesque, and performing a few times a year to small audiences and other open mics or political gatherings. I have been careful, very careful, to only mock the structures of power that tower above us and make us miserable. I have used all I know of philosophy and history to truly attack the sacred cows and naked emperors, to offer ever expanding perspectives and as much actual knowledge as I could sneak in between laughs. I have pages and pages of new things to make fun of that I can never squeeze into the small amount of stage time I can manage to weasel for myself.

On steem it is not ok, on reddit it is not ok, on facebrk it is not ok, on twitter it is not ok. What we thought was going to be a future world of happy technology that gives us all a voice and the information we need to make good decisions has become parasitic, vampiric, and mendacious. It is not helping humanity, it is enslaving it, it is luring it into a world where nothing can be verified and everyone is actually out to get you. And 90% of that everyone is some or another automated tool, and 9% of the rest is someone being paid to lie to you. And if you say something true, then that true thing is only going to be co-opted by fake things to help them manipulate other people and probably yourself also.

This is not what the personal computer and the internet were designed to do, humanity is being hacked and cracked like an AS/400 running Windoze ME, and I refuse to laugh about it. 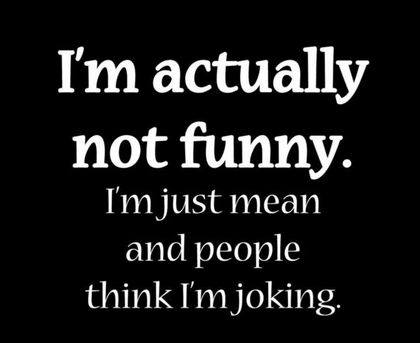 I am not sure what I'm going to do instead. I will make music because I can't stop, I rock too hard and I love it too much even if no one ever hears me. I will continue with Privacy Workshop and my investigations of Bullshit on steemit and elsewhere. I will continue to study systems engineering so I may in the future provide solutions and insight into technology. Maybe I will invent a thing or two that will help the individual be able to maintain their own mind in a world that is trying to destroy it.

Maybe. Maybe not. Maybe all my efforts will be in vain, or be redirected, co-opted. But my efforts will at least have a pure intention, one that is in every way against the totalitarian form of governance the rulers of the world are seeking to impose on us, and those little kids running around with their ipads thinking this is a great place to live, when it is actually a very dangerous place to live, full of shadows and monsters that really are trying to take everything we have.

Note: I reserve the right to reverse the decision, and start doing comedy again, when/if things somehow improve. But until such a time that I can be sure who to make fun of without myself being written into a mountain of bullshit:

And here's a pro tip: If police or trolls or some blogger hired by Russians or some CIA consultancy COULD OR WOULD write it, then you would be better off not writing it yourself. If what you are doing could be copied or used by the amoral sociopathic jackasses ruining the world, or is not contributing to solving the problem(I'm looking at you @coruscant) then DON'T WRITE IT. Thank you. BONUS:
Here, have some Bill Cooper magnet links, these may help you grasp the situation you are in:

And a torrent of an excellent movie about personal honor that is very difficult to find anywhere in the world, (note: the mp4 will play in quicktime but vlc has a problem with it for some reason)
802414711B51F7A8BE7229352DF57126ED7AF09A.torrent

And I'm not doing this for my health, this is professional writing and actual information. I'm not one of the popup trolls on here and I don't have a bot or shill army to help me. In fact, I am in open conflict against them and get a lot of downvotes for calling out fake crap. I dare anyone to find a more informative and full blog than mine, and I have earned less than most people writing about their fucking day or a photograph they took/copypastad of a canoe.

And why not sign up for bitshares, it's a (so far) neat way to trade with what you earn on steemit(even if it is probably a DARPA project of some sort, like steemit) you can still make smart trades and earn coin:
https://wallet.bitshares.org/?r=actual-mindhawk

And please, please, somehow, let the good vibes get a lot stronger.

Chicago boy myself. Interesting to read a bit about your past. I do like Bill Burr. Thoughts?

Yes, Bill Burr is one of the greatest of all time. He gets it and I like him. On Conan he's always dropping red pills and they cut to commercials.

What he said about 'living on a futon' chasing your dream vs. having a big house with a wife being locked into it, is an idea that really helped me in life. I live by that. Let me see if I can find it, aha! enjoy: 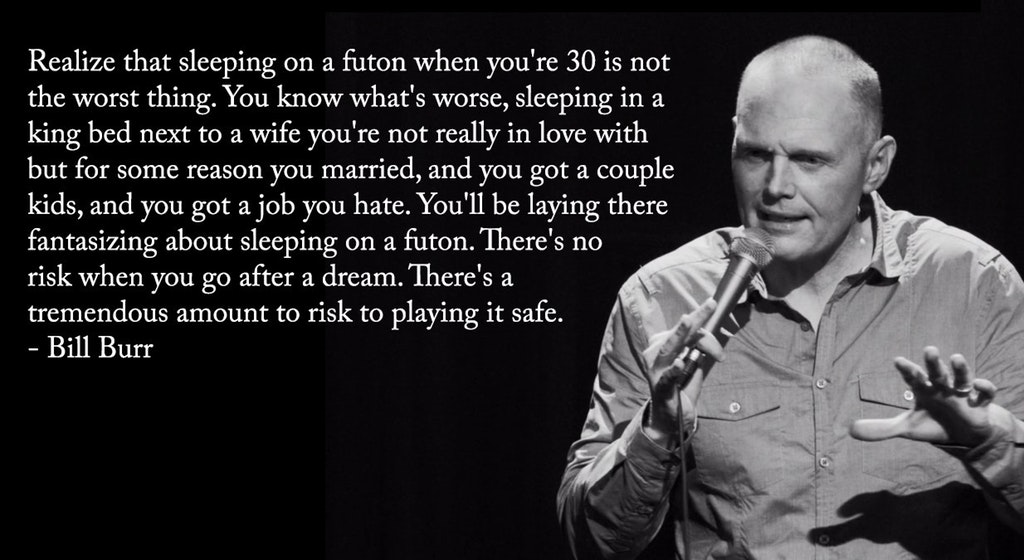 Maria Bamford is probably my favorite though. Jake Weisman(who was friendly) and Tony Hinchliff(who was not) are two of the people I was around a lot when I was in LA who are doing well. Benji Aflalo was also friendly but his show "alone together' is some of the worst crap I've ever seen, esther is a nightmare who slept with a lot of convenient people. (including Tony lol)

Thanks for the kind words! Goes a long way today.

Feeling kind of dispositioned lately. Some parts about your post made me feel great again. YES, a lot of it is NOT OK yet people continue their sheepish shit show. Sometimes I simply give up and just refuse to apply any analytical thoughts to the overall condition of the world we live in. Good read, thanks.

yup, if you don't know who the sucker at the table is, it's probably you.

I only go to comedy when I am so depressed that I literally can't stand the world anymore and comedy is what can pull me out of the dark hole. That's why you should do comedy buddy. Because you never know... you might produce the comedy/joke that keeps somebody from jumping full on into the Abyss.

Another good read. Have you listened to Steve Hughes?

''How do you make a law about offending people? How do you make it an offense to offend people? Being offended is subjective. It has everything to do with you as an individual or a collective, or a group or a society or a community. Your moral conditioning, your religious beliefs. What offends me may not offend you. And you want to make laws about this? I’m offended when I see boy bands for god's sake. It’s a valid offense, I’m offended. They’re corporate shills, posing as musicians to further a modeling career and frankly I’m disgusted''