A Tale of Two Futures

Two significant events will define the 21st century. The first, occurred on October 26, 2001, on the back of the 9/11 tragedy, the Congress of the United States of America brought about a world altering Bill. The introduction of the Patriot Act ushered an era of oversight, fear, and despair. The second event that will define the century took place on October 31st, 2008, with the anonymous publishing of a whitepaper, illustrating the idea of ' Bitcoin: A Peer-to-Peer Electronic Cash System' on a cryptography forum. Each event offered a different future.

Since the inception of Bitcoin in the late 00s many people around the world have flocked to the Blockchain seeking refuge from traditional fiat currencies and regulated economies. Cryptocurrencies have acted as both a store of value and a medium of exchange for nearly a decade leading to a boom of 800 cryptocurrencies currently circulating the market. As the crypto world continues to expand more and more mainstream outlets are continuing to cover the phenomenon. This increase in attention from the press has lead to concerns from the public and a mobilization of world governments. It is impossible to determine how or even if future governments will play a role in the crypto space but one thing is certain, the introduction of bureaucracy will be a determent to the growth of the Blockchain industry. Many Blockchain startups and projects have turned their focus to privacy. Many tokens such as Ethereum can have their transactions tracked through Etherescan while tokens such as Monero are untraceable. As you might have have guessed, Monero and other privacy focused tokens have been popular on dark net markets, causing concern that they are making it easy for criminals to transfer funds. Because privacy tokens offer a layer of security, millions of anonymous and untraceable transactions can be conducted. But with the lack of regulatory oversight comes a new set of crimes and scams that wouldn't be possible without the blockchain. Security is a key aspect of a functional and productive society. The safety of the citizens within a nation should be of the utmost importance to a governing body. Governments are in place to protect and serve it's citizens, from enemy nations, criminals, and terrorist groups. Many governments, an get carried away with security measures, and often times remove the liberty of it's citizens in an effort to keep them safe. It has come to light in recent years that governments around the globe are actively spying on it's citizens. From Edward Snowden to Julian Assange, many rebellious icons have emerged from the fold to speak truth to power. The blockchain will be the people's liberator. By allowing for a public ledger, as well as untraceable tokens, many new opportunities to hold governments accountable while preserving the liberties of citizens is on the horizon. In conclusion, both the inception of the Patriot Act and the creation of Bitcoin will define this century. It is important to hold onto optimism as we as a civilization continue on into the future. Even with the large government overreach, new technologies are being constructed on the block chain everyday that promote and protect privacy. A new legion of freedom fighters is here to save the internet, those people are developers.

Thanks for reading,
The ADSactly Steemit Team

If you organization is interested in hiring the ADSactly team of writers, please leave a comment with your Skype address.

@adsactly Well said! Civil Liberties is the biggest goal of all. We want to live in a society free from unwanted regulation, rules, and control. We should strive to live harmoniously as humans and share the bounties of this beautiful planet. Let's get reconnected with our collective consciousness to end all suffering! Also Ben Franklin is the man and a big idol of mine. His autobiography is great, although unfinished. YEE BEN!

Love that pic @mralan Good one 👍

Thank you. I have followed you! I really enjoyed your article. Im glad that people like you and I (the so called nerds, I prefer the word smart) are here. The technically savvy are here to save the day and make Freedom a reality. Looking forward to your next article @Anharper. We do, too. Thanks for posting and be sure to follow us for daily posts from a variety of writers!

@rawpride we all do my friend ;)

I would imagine there are factions within every government around the world trying to determine how the freedom of cryptocurrencies will affect their future. Not so much that they care about their country--but because they are trying to protect their own power and influence. I sincerely hope we continue down the path of true individual freedom rather than succumbing to our desire for a "false" security offered by a government which can never guarantee any true level of security.

Thanks for your comment, we totally agree, the elite only care about their own self interest and not our interest. Individual freedom is the only way forward! Be sure to follow us for daily posts from several different writers.

The foundations of each nation 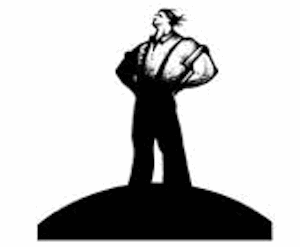 The blue collar man built this country and the white collar man wants to destroy it! Thanks and God Bless!

So are we! Thanks for commenting :)

Its amazing in steemit itself to see openness and transparency, I'm all in for blockchain and decentralization but what about privacy? Earlier only government could spy, now no need to spy, everything is kept open in here. Comments?

Privacy is key and will lead to a more liberate future for all, once governments can no longer spy on us we will once again be free.

Not everyone would want their (steem) wallet to be seen by others! Lol

Just be a bit hopeful that the politicians will eventually sort it out after they get their acts together and allow Trump to be in charge!

The patriot act is the bane of liberty.

We couldn't agree more. Hopefully crypto can liberate us! Thanks for the comment.

That is nice posting @adsactly...
That is the real patriot act of liberty...
Keep steem on @adsactly..
I am @viqral will support your posting...
Keep solid too :)

Thanks for your comment! We are warriors for liberty and freedom and will always stand up to tyrants. Thanks for your support and stay tuned for daily posts!

You are welcome @adsactly. I will wait for your daily posting of course. Good luck warriors for liberty...
I am @viqral will support you

The secret of freedom lies in educating people, whereas the secret of tyranny is in keeping them ignorant.

Governments will never come to the point, now we have taken enough. We have to stand up for our freedom or its gone.

i shouldn't have to give my rights away because of what might happen which by the way i will in no way be involved in ...

I'm with Benjamin Franklin on this. I am not willing to give up liberty, to purchase a little temporary safety.

Linkedin repurposed version: How to Effectively Scale Your Email Marketing with These Quick Tips
Thank for see this post

Excellent reading . I see why its in the HOT section .

People forget what anarchist the founding fathers were. That V for Vendetta line about people should not be afraid of their governments but Governments should be afraid of the people is based on a Thomas Jefferson Quote.

Well said, the founding father's knew how governments can become enemies of the citizens. Thanks for your comment and be sure to follow us for daily content!

We couldn't agree more. Thanks for sharing your thoughts!

great information that everyone should know about!

We totally agree! It's time to speak truth to power. Thanks for commenting, please stay tuned for new posts everyday!

Bitcoin was the first successful cryptocurrency. But there were many failed attempts. They failed because they were centralized, and/or too hard to use. Pecunix and Liberty Reserve, for example. Plus others, such as Truledger and Loom, that few have ever heard of. That all started in the late 90s. There's a lot in the old cypherpunks archives.

Only time will tell... it will be interesting times what the blockchain and cryptos can do in the future :)

Some good points - you may be right.

excelent contribution interesting and especific , more and more happy to be here, thanks for posting

I don't know if my voting power is enough for this post or not,
anyway, Upvoted. and Followed.

A new legion of freedom fighters is here to save the internet, those people are developers.

Thanks for sharing, ADSactly Steemit Team.

I heard from several alt media sources that the Patriot Act was written and sitting on the shelf in Congress well before 911. That would explain how they got it passed so quickly. And it should raise questions in the minds of all Americans about where this country is headed.

@adsactly Thank you for always teaching me new things. I really appreciate your posts. I hope we get to talk soon! :)

good its help everyone

lovely piece,the fiat lord are never pleased with the emergence of bitcoin and the other cryptos,its high time they swallow the bitter pill,its total global finance revolution.Followed,upvoted and resteem,kindly do same @detycoon

Honestly - I WISH school had depicted facts in such an interesting manner!!!! Very interesting indeed, although (if honest), not at all my thing... but hats off to you!

I suppose I can only hope that my (not even) "mildly comparative" posts are as interesting :D

Thank you for making something I have always considered boring - now interesting!

Great, keep up the great work. I like it, brother. Thank you for sharing.

Coming from the Philippines, i don't know much about the Patriot Act per se; but i know that crytpocurrencies will definitely shape the future. The idea of a decentralized world looks very promising now.

It is very true. I appreciate this @adsactly

I know you my friend, and you are awesome, i know that. !! @ronaldmcatee Great article man!!
I still remember hearing abut 9/11 (was late in the afternoon here). A family member called on my way home and I was like "nah, they must be joking"... Rude awakening when I got home and turned the TV on :O
Crypto is definitely the way of the future. No government is ever going to be able to stop it now!! Yes, regulation will have to come into play but it's going to be quite a ride watching how this all unfolds :)

The patriot act is the bane of liberty. @adsactly sir

Great minds are to make others great. Their superiority is to be used, not to break the multitude to intellectual vassalage, not to establish over them a spiritual tyranny, but to rouse them from lethargy, and to aid them to judge for themselves.