As usual in February, the open source community from Europe and all over the world unites at FOSDEM in Brussels, Belgium to discuss the latest developments in the open source world. The conference with around 8000 participants is a source of great inspiration and spirit. Topics range from linux, real-time communication, and hardware to decentralized services and human right protection.

My highlight was to attend the unveiling of the first linux capable computer that has an open instruction set, i.e. runs on RISC-V architecture. I was following the development of RISC-V for a while and it felt good to see such a progress. 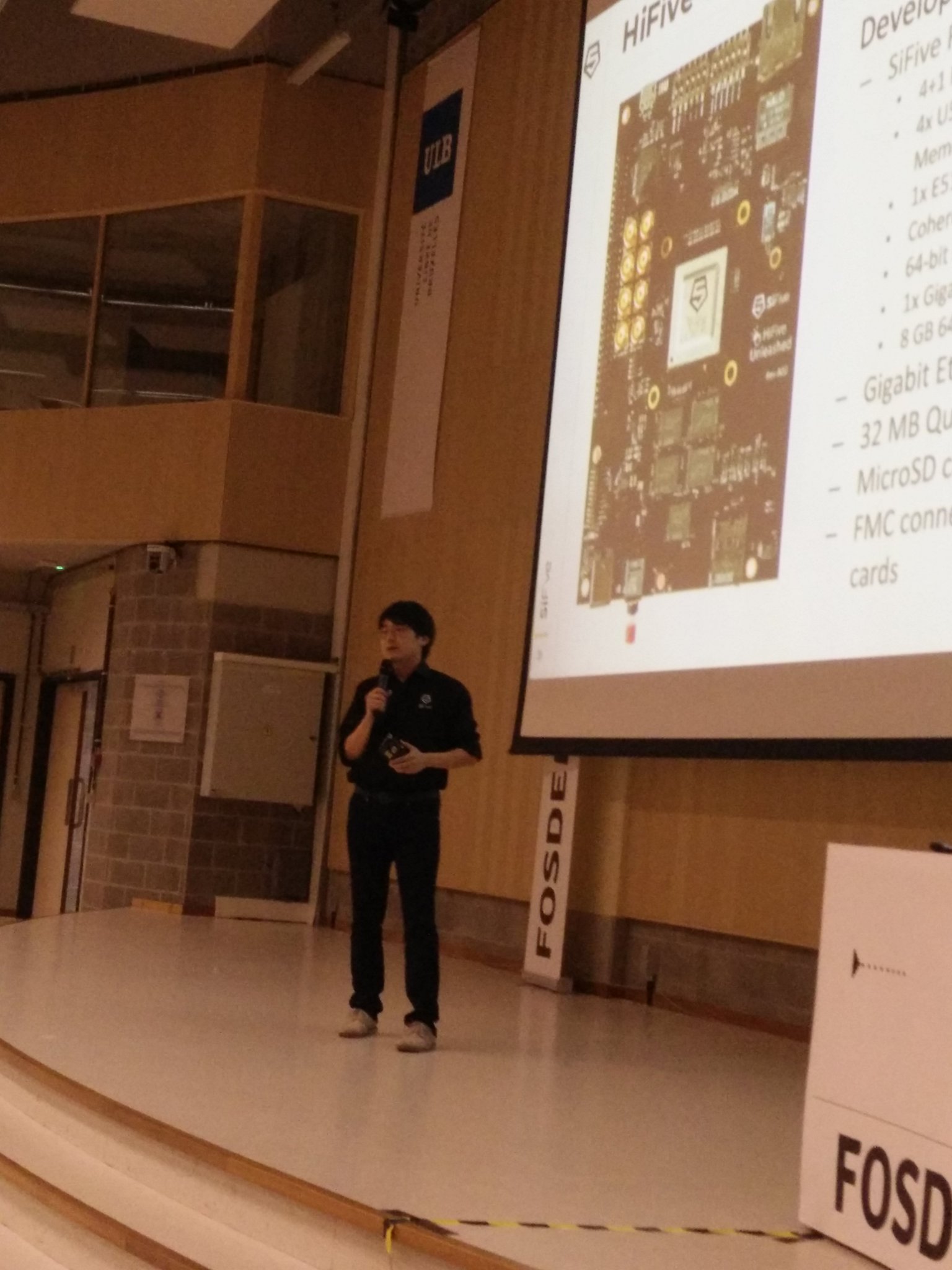 Further on, I had the chance to talk to Matthew from matrix.org about the (hopefully) bright future. I also saw the probably first 3d video conferencing call using matrix and the depth camera of a smartphone. I learnt about how Android helped to improve the graphics stack in linux. In general, the event is great to learn about new open projects.

I found out about gitmate.io that helps to organize issues using machine learning and about bugmark.net that takes a refreshing approach to bug bounties. bugmark.net is a market for future on the date when a bug is fixed. An investor bets that the bug is not fixed by a certain date and the developer bets that it will be fixed by then. It is based on smart contracts and it really brings market forces to the peer productivity of the open source world. And there is more to it like like triage, analytics, as I learn from Don Marti, the founder of the project, in the hallway after the blockchain Bird-Of-Feather (BOF) session. With the hype of blockchain and the support of Mozilla, the project can really become a game changer of the bounty schemes.

At a certain point I got confused about blockchain. In the Decentralised Internet devroom, the speaker talked about how bad it is that the EU commission wants blockchain everywhere, while I thought that this is quite good. But apparently, there are more opinions about blockchain applications from governments outside of my bubble. This is why FOSDEM is such a great event.

Google was also present. For one, as sponsor, then on posters from activists of laquadrature.net, but more importantly in the heads of all of us. In the above mentioned blockchain BOF session, a Google sheet was used to collaborate without thinking. No decentralized sheet, no open source app! Something that really bothers me.

As a volunteer, it was great to get in touch with random people and I can only encourage everybody interested in open source to do the same. Give something back! Yes, there were full rooms and long queues. But that is expected with so many sessions and attendees. The great organization team makes this possible for free, and by the way, the videos of many sessions already available online. See you next year!